Political ecology in, and of, the Australian bushfires 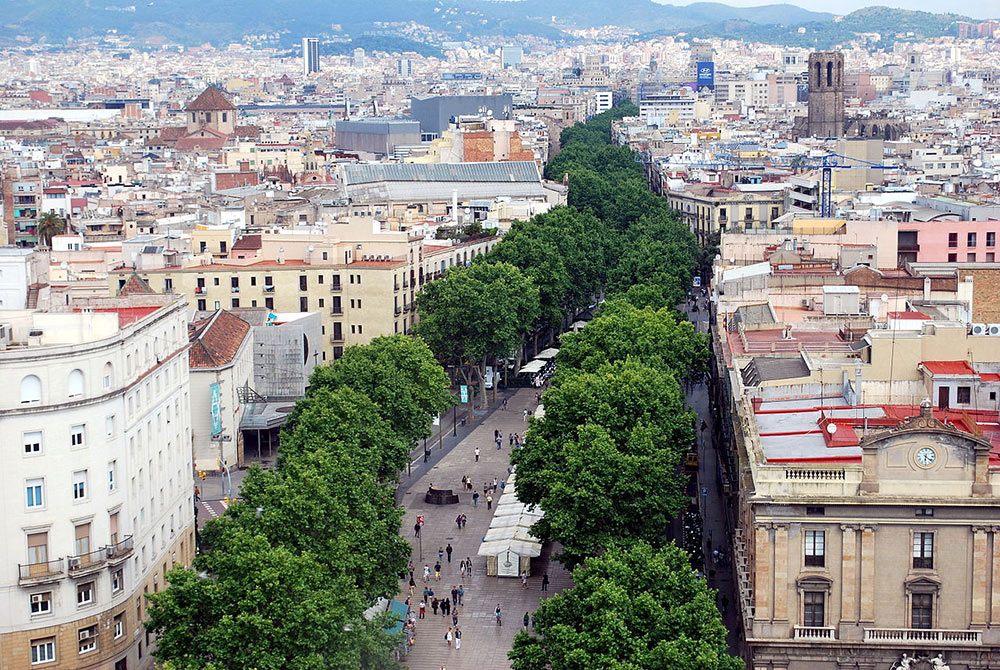 While the uneven distribution of street tree benefits in Barcelona favors elderly residents in particular and partially compensates for the lack of larger green spaces in several districts, it is clear that street trees must be accompanied by other sustainable mobility measures to advance urban environmental health and justice.

Editors’ note: This post is part of the series “Green inequalities in the city”, developed in collaboration with the Green Inequalities blog. The series seeks to highlight new research and reflections on the linkages between the dominant forms of “green” redevelopments taking place in cities and questions of urban environmental justice, and the challenges and possibilities these imply for more just and ecological urban spaces.

“Trees grow on money” is the provocative title of a scientific article published in 2015 analyzing the relationship between urban tree canopy cover and environmental justice in seven major US cities. Their findings showed that high-income neighborhoods in those cities were more likely than low-income neighborhoods to have high tree canopy cover. The implications of unequal access to urban trees can be relevant in terms of social, health and even climate justice as many recent studies highlight the multiple benefits (ecosystem services) provided by urban trees, including air pollution removal, urban cooling, noise mitigation, runoff control or aesthetic appreciation, among others. However, the assessment of these benefits under an environmental justice lens in European cities (generally with very different urban forms than in US) is still scarce.

In the increasingly longer and hotter summers of Mediterranean cities, walking along a gray, treeless street with no shade can be an unpleasant and even dangerous experience. In the city of Barcelona (Catalonia, Spain), despite having green space coverage per capita quite low compared to other European cities, street trees play an important role in improving its livability.

In a recent article, we estimated the amount of air purification, runoff mitigation and urban cooling provided by each of the approximately 200,000 street trees in Barcelona, and compared that data to the distribution of city residents according to socioeconomic status (considering variables of income, Global South nationality, education and age) to analyze levels access according to different forms of social vulnerability.

The results show that the areas with more access to street trees benefits tend to coincide with neighborhoods that have a high proportion of elderly citizens. This is the case in the central and northern districts of Eixample and Sant Martí, where large, mature trees line wide streets but few other historic green areas such as parks and gardens exist. The more working-class neighborhoods of Nou Barris and Sant Andreu also substantially benefit from street trees. Unlike the most common finding for US cities, we did not find an association between fewer street trees and working-class or Global South residents. However, some particular cases like El Raval could be an exception of this general trend, being a compact low-income neighborhood with a high proportion of Global South residents and very few street trees. Interestingly, the wealthiest areas of the city like Sarrià-Sant Gervasi and Les Corts have proportionally fewer street trees although they have a higher presence of local parks and private green areas. 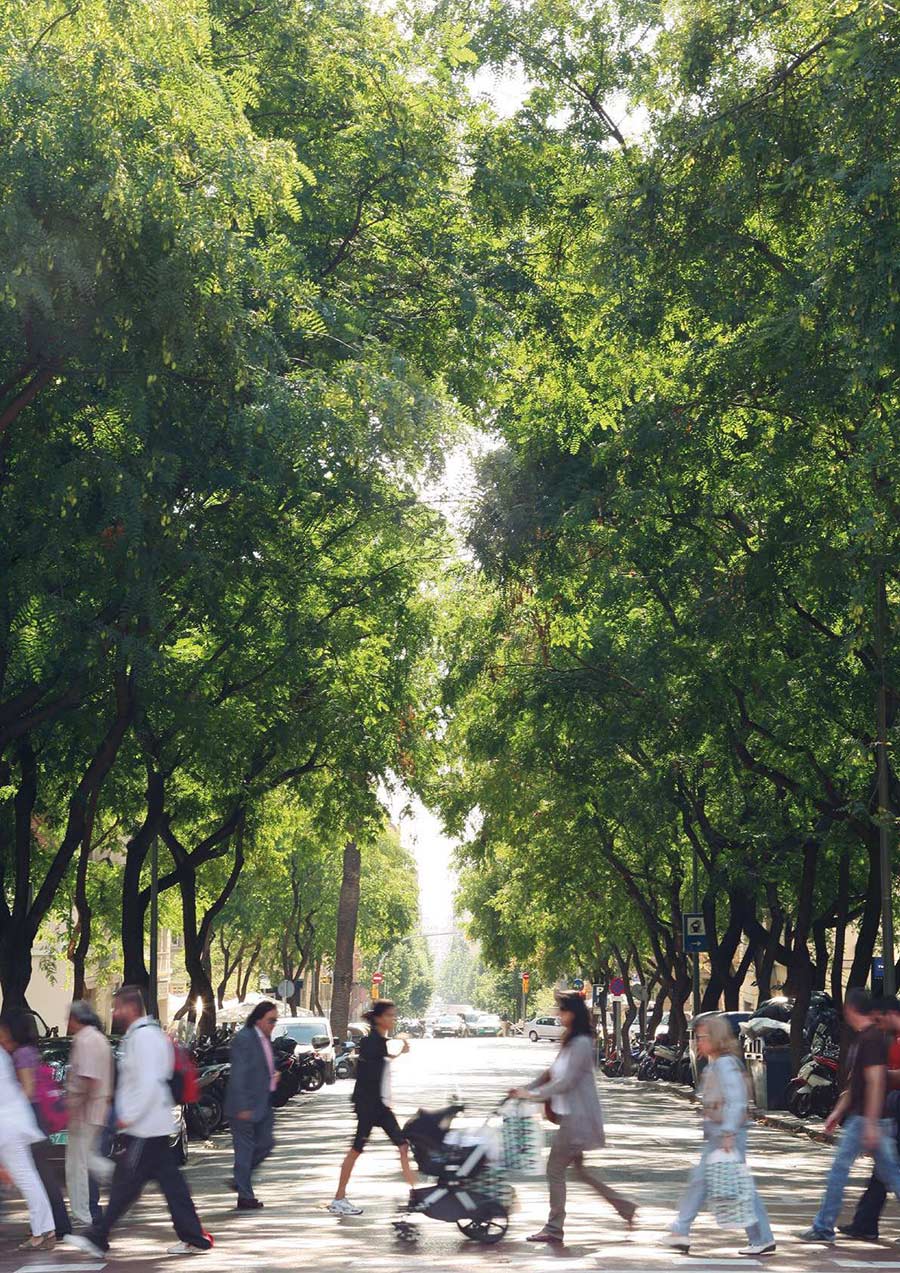 Of course, street trees cannot provide the recreational and cultural amenities of large green areas, but they can partially compensate for the lack of these areas in vulnerable neighborhoods. Our research suggests that street trees can play an important role in redistributing the local benefits related to urban cooling or runoff control in compact cities and become an important greening strategy to address inequities in the access to these ecosystem services derived from the generally uneven and patchy distribution of other urban green areas such as urban forests, parks, and gardens. In this sense, street trees can in some ways make up for the lack of these green areas because they require less space and are fairly easy to integrate in public spaces, contributing to environmental and climate justice.

However, we must be critical of the optimistic discourse that trees can save the world. In another study, we found that Barcelona’s total tree canopy can only absorb about 2% of its air pollution (PM10 and NO2). The city also suffers from high traffic congestion, making some tree-lined streets such as Gran Via de Les Corts Catalanes particularly unpleasant to walk on. Taking into account an elevated average of air pollution and several mobilizations claiming for cleaner air (especially critical around schools), it is clear that more pedestrian-friendly streets and other sustainable mobility measures need to be encouraged in addition to planting street trees.

Main image: A view of Las Ramblas in Barcelona. Photo by Nikos Roussos on flickr

This blogpost is based on a scientific article recently published in the journal Environmental Science & Policy. The research was also recently covered in ElPeriódico.

Amalia Calderón-Argelich is a doctoral researcher at the Barcelona Lab on Urban Environmental Justice (BCNUEJ) focused on environmental justice aspects of urban green infrastructure and the provision and quantification of ecosystem services.

Francesc Baró is a postdoctoral researcher and co-coordinator of Urban Ecosystem Services at BCNUEJ, where he focuses on the operationalization of ecosystem services and green infrastructure.

Johannes Langemeyer is a postdoctoral researcher and co-coordinator of Urban Ecosystem Services at BCNUEJ, where he studies the relationship between urban green infrastructure and human health and well-being.

James Connolly is co-director of the Barcelona Lab for Urban Environmental Justice and Sustainability (BCNUEJ). He has a PhD in Urban Planning from Columbia University. His research explores how urban planning and policy serve as an arena for resolving social-ecological conflicts in cities.