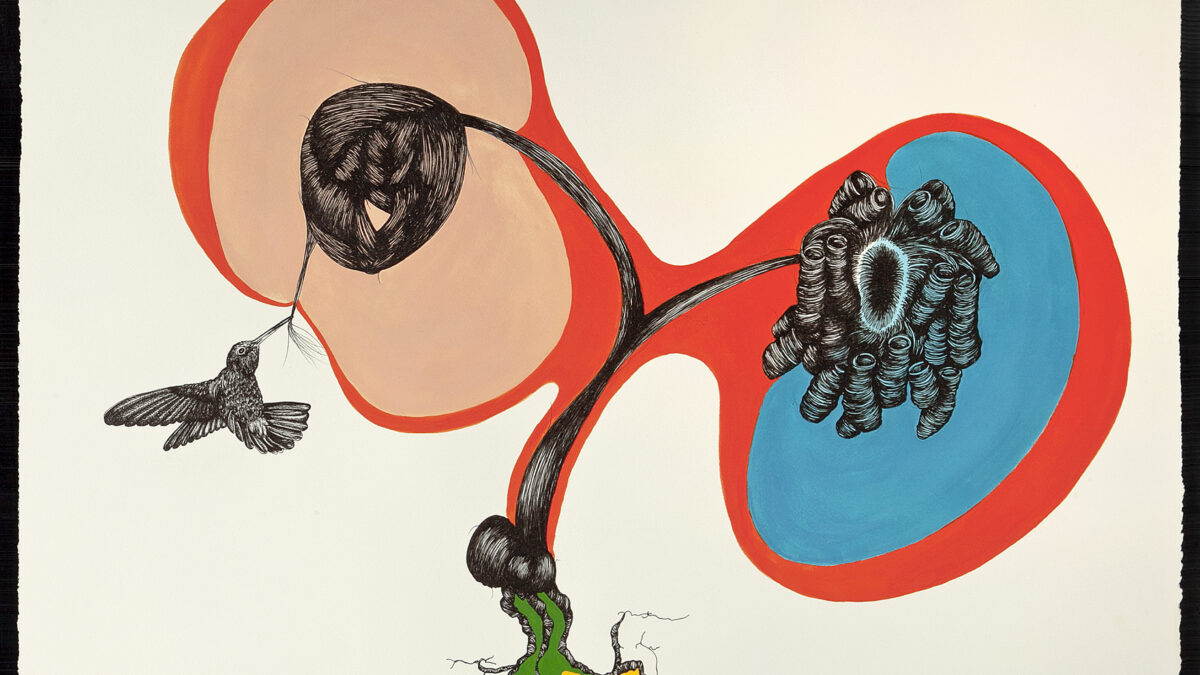 The text by Angela Balzano, Antonia Anna Ferrante and Federica Timeto was presented by Antonia Anna Ferrante and Federica Timeto at the meeting Making Kin. Reproductive Justice is Eco-justice, sponsored by NICHE for the presentation of the Italian translation of the book “Making Kin, not Population” edited by Adele Clarke and Donna Haraway and held on October 28, 2022 at the Ca’ Foscari Theater with live online broadcast. Finally you can watch it again, in case you missed it!

Before starting this valuable conversation, as scholars and feminists, we feel the urgency to situate ourselves with respect to what is happening in Italy these days and take a stand against the clear direction of the new government.

When we read Making Kin we wanted to translate it as a political gesture, and share in a wider space, and closer to us, words and reflections to interweave and multiply the struggles on reproductive and environmental multispecies justice.

While planning this event, the ecological and social crises, exacerbated exponentially by wars, put before us the responsibility to keep alive a discussion to find ways to stay with the trouble.

Now, the Meloni government takes office and makes it clear from its composition that fascism is not just a page in history we have not come to terms with, but a current problem we must take a stand against and a real risk for the future we are ready to resist.

Among the things that prompt us to take an explicit position today are:

(a) The inauguration of a ministry of 1.Family 2.natality 3. and equal opportunity.

We expected from this new political composition the triumph of movements that call themselves pro-family and prolife, and we know that this means against women, LGBTIQ+ people and self-determination.

Today it is clear that the war against these subjects, and the rights won through histories of struggle, has taken a form, and has authority, which are institutional. Not only that.

(b) There is the very name chosen for this ministry, which makes clear the intertwining of the discipline of bodies and genders and the racist, speciesist dream of nation reproduction, in a nostalgically fascist framework.

Making Kin offers the best tools for analyzing the relationship between reproductive rights and the imperative of human and other-than-human population reproduction as a colonial and capitalist project of national sovereignty and white supremacy.

(c) Finally, the idea that we are speaking because we deserve to speak, since the new Ministry of Education is also about “merit” and we should have deserved this speaking space.

But we are taking the floor as feminists. We do not aspire to break through the glass ceiling on our own, as the first “woman” prime minister declared, and we do not feel we speak because we have earned it.

Our voice is supported by a transversal and heterogeneous community, made up of bodies that speak different languages and with whom we become every day, converging in our differences, to produce and circulate knowledge that supports our organizing and take responsibility for building and multiplying transversal networks, relationships and kinship, inside and outside institutional spaces.

Antonia Anna Ferrante is a queer transfeminist terrona activist and scholar, She is senior researcher in the ERC The BOS project at the Spiral Research Centre (University of Liège, Belgium) and lecturer of Technocultures in IUAV; she works through cultural studies dealing with feminist, queer, postcolonial epistemologies, critical animal studies and other imaginaries.

Federica Timeto teaches Sociology of the Arts and Critical Animal Studies at Ca’ Foscari University of Venice. She works at the intersetctions of Feminism, visuality, Cultural studies and Science and Technology Studies. Her latest monograph is Bestiary Haraway. For a Multispecies Feminism (2020). She cocurated and co-translated Making Kin.

Angela Balzano is researcher at the Department of Culture Politics and Society at the University of Turin and coordinator and Professor at the science module of the Master in Gender Studies and Policies at Roma Tre University. In 2021 she published her first monographic work for Meltemi, Per farla finita con la famiglia. Dall’aborto alle parentele postumane. Angela Balzano’s role in MINDtheGEPs includes assisting the Coordinator Professor Cristina Solera. She is also one of the trainers in MINDtheGEPs’ series of Train the Trainers workshops.