Deconstructing public health: a case from the Mekong Delta 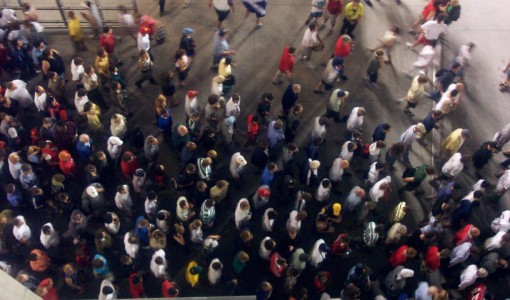 The socio-political nature of disease can be silenced, especially when there is a lack of strong civil society networks and/or scientific data to help reclaim public health. Relevant and effective responses to disease can only emerge with the involvement of people whose health is at stake and through contextualised, historicised and politicised health studies.  *

Public health as a question of democracy

Extreme climatic phenomena, environmental crimes and the severing of populations from balanced and functioning ecosystems have all contributed to human health challenges faced worldwide. Inequalities of exposure to physical extremes, epidemics, toxic substances and other types of harm-imposing situations often manifest along lines of gender, ethnicity or class, often also with stark differences between the global “North” and “South”.

Meanwhile, the ever-expanding sector of biomedicine has not managed to address the health risks faced by the most vulnerable, as the biomedical industry is more and more oriented to serve the interests of markets and elites. Moreover, health-related decisions are often taken on the basis of technocratic development dogmas and in spaces removed from where their consequences are experienced. It becomes clear that health is a question of both environmental justice and democracy.

A political ecology approach to health

Disease prevention, assessment and control, has in the modern age become a field almost exclusive to medical expertise. Research from the humanities, however, has repeatedly shown that relevant and effective responses to disease can only emerge through a contextualised, historicised and politicised study of health. The involvement of the communities whose health is at stake is, under this light, deemed necessary.

A Political Ecology approach to health looks at the interactions and causalities between health risks and phenomena such as:

It pays attention to socio-political context, interrogating aspects of:

The case of diarrhoea in the Mekong Delta: casting blame to legitimise state practices

The Mekong Delta, in Vietnam, is a fertile region with a culture revolving around water. Characterised by wetland rice-cultivating areas and with a climate of monsoons and annual floods, the history and culture of the Delta is tightly connected to its hydro-environment. Up until 1990, nearly 20% of the population in the country used surface water for drinking and nearly 40% was exercising open defecation in rivers and canals. 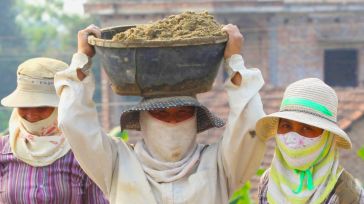 Local residents have become vehement about the deterioration of water quality in their surroundings in the last couple of decades. They attribute this to dense urbanisation, waste accumulation and agricultural intensification. Untreated human waste, pesticides and fertilisers from the surrounding rice-fields, as well as manure and antibiotics from the aquaculture sector, have indeed been exacerbating water contamination in the Delta.

However, the unwillingness to control water pollution and mitigate the degradation of aquatic environments did not figure prominently in the discourse of the state cadres I interviewed in the Mekong Delta. This held especially true when it comes to discussing the risk factors of diarrhoea, a disease caused mainly by the consumption of contaminated water or food. Based on statistics that demonstrate a continuing expansion of water supply and sanitation (WSS) infrastructure, state representatives, instead, paint a picture of success with regards to diarrhoea prevention.

When I presented them with data showing over 800,000 cases of diarrhoea in 2010, state representatives renounce responsibility and cast blame on “those who don’t want to invest in WSS facilities”, “the stubborn [people] who don’t treat their water,” “the poor”, those living “in remote rural areas” or “in floating houses by the river”. Diarrhoea is thus portrayed as a consequence of obstructed modernity and lack of willingness from the side of a particular part of the local population.

Indeed, many people in the Delta do not follow safe practices of hygiene. This, however, owes to the dispossession they are experiencing in both material and knowledge terms.

The poor often find themselves unable to invest in infrastructure that would facilitate safe access to water and sanitation. They are often constrained from accessing micro-credit or subsidies for WSS improvements due to their low financial credibility and political power. The urban poor are further excluded due to the focus of WSS development schemes on rural areas, which are considered more problematic. Numerical majorities thus become the basis for presenting urban spaces as safe and free of diarrheal disease, shadowing the needs and realities of the most vulnerable.

Moreover, achieving high coverage of what is defined as “improved” WSS, falsely becomes the equivalent of successful disease prevention policy, misreading the existence of infrastructure as an absolute indicator for the reduction of disease risk. However, latrines and water pipes alone cannot solve the problem of unsafe  water use and consumption (see also: V. Curtis, Cairncross, & Yonli, 2000).

Interviews that I held in 131 rural and urban households in Can Tho City, the largest city in the Mekong Delta, revealed that the majority of people have confused or unclear perceptions on what makes them sick with diarrhoea. About 20% did not treat water adequately before drinking it, and more than half had toilets that discharged directly into the river. Local perceptions of “clean” or “dirty” did not always agree with water quality assessments and most people would judge water safety based on its smell, turbidity or taste —not on information about its origin or prior treatment. These perceptions were not statistically correlated to people’s location or income: both poor, middle-class and better-off people showed contradictory behaviours and misconceptions around water safety and diarrhoea prevention.

State-backed reports, furthermore, often overestimate the actual access to safe WSS. Triangulated findings indicate that this over-reporting is driven by how local government cadres are evaluated and rewarded: reporting high WSS coverage increases the likelihood of a province receiving funding in the future. Success stories in WSS can thus be understood as one way to ensure inflow of capital to local bureaucracies. In relation to this, research also indicated fiscal discrepancies, with more than half of the annual provincial budget for WSS construction (15 billion VND = almost 660.000 $US) appearing to be unknowingly spent. In other words, it was unjustified by the evidenced and reported constructions in the year 2010-2011.

The focus on reported ‘hardware’ solutions instead of on experienced access realities, benefits the local state, while at the same time does not disrupt projections of Vietnam as a “good implementor”. Casting blame on the ignorant and poor hides structural inequalities that feed “unhygienic” behaviours, while it also deters attention away from ‘software’ health prevention aspects that are seriously lacking. The practices of the Vietnamese state (including its bureaucracy at multiple levels) thus create a gap in the democratic space for informed health decisions, at both individual and collective levels, as people are alienated from both the resources and the knowledge that will allow them to understand and act effectively on the problem of disease.

A framework for understanding and action in health

Health injustices have long been a subject for academic research and a reason for vociferous social reaction. The case of Vietnam shows how the socio-political nature of disease can be silenced, especially in lack of civil society networks that can act independent of the central state.

The gap that exists between critical social science and depoliticised biomedical explanations in health can make it hard for social movements to find the scientific backup they need in order to reclaim public health. The role of civil society in strengthening the voices of the most vulnerable is crucial, not only for improving human health but also for expanding and enhancing democratic processes. For this, health needs to be re-positioned in the socio-environmental and public domain, by both science and civil society, by emphasising that:

Some elements are here outlined as potential starting points of action for civil society organisations, participatory action researchers and active individuals that deal with issues of health:

Participatory and critical approaches to health

*This post is one of the chapters from the Political Ecology for Civil Society. It is based on Panagiota Kotsila’s contribution in the chapter on “Democracy”. We are eager to receive comments from readers and especially from activists and civil actors themselves, on how this work could be improved, both in terms of useful content, richness of examples, format, presentation and overall accessibility.