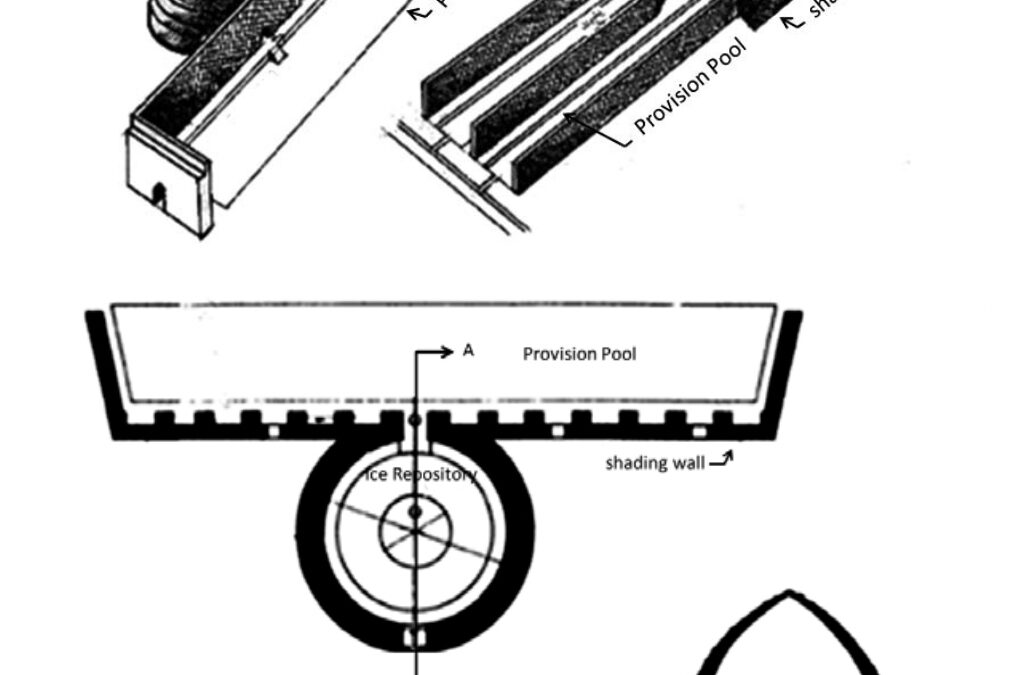 Triggered by examples of vernacular technologies, I wonder how things would have evolved if the technological rupture of the late 18th century hadn’t occurred—provided that cultivating a healthy self and society was integral to civilisation.

In January 2022 the Greek government announced support to households in reducing energy consumption, and therefore costs. The plan was to offer vouchers to replace and recycle old and energy-demanding appliances—air-conditioners, fridges and freezers.

From the beginning, the scheme looked (is?) less for the benefit of the people and more in favour of the companies selling the appliances. Later, the war in Ukraine started. The energy-related narrative that frames the voucher scheme is now completely out of context. But the enquiry about “refrigerators” is not.

In one of my favourite books, Racing Alone, I read about the yakhchal, an ancient Persian vernacular structure. The word means an ice reservoir or ice pit (yakh=ice and chal= hollow or pit in the ground). 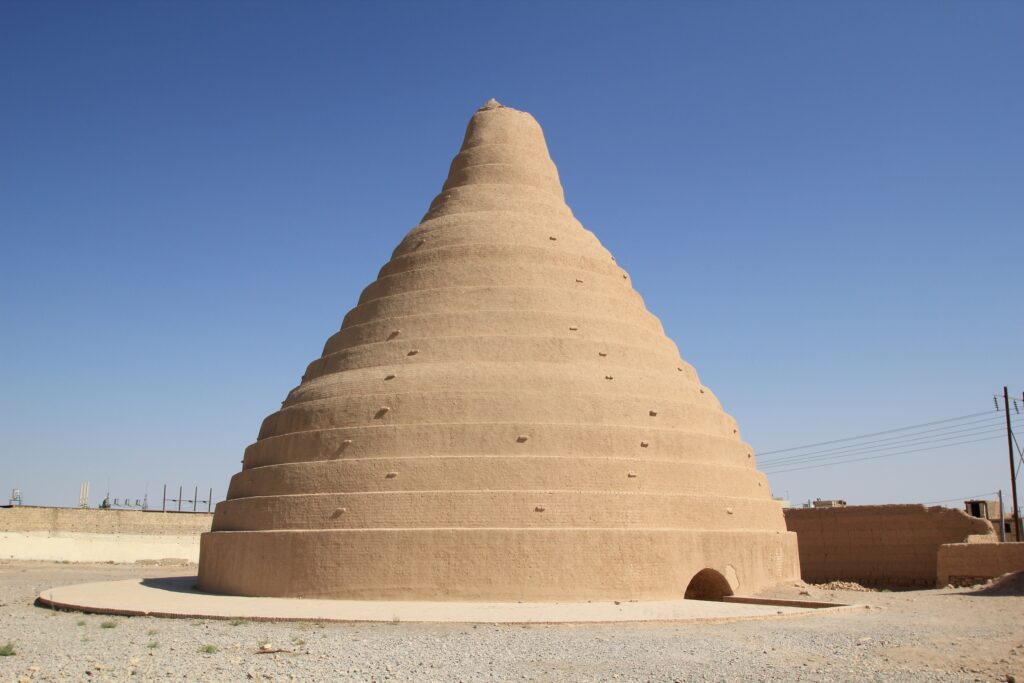 The ancient yakhchal operated as a refrigerator, freezer and ice generator to cover the community’s needs in the heart of the desert. It dates back to approximately the 4th century BC and remained in use until around the 1960s; when domestic appliances reached the Iranian household (Jorgensen, 2012)! No wonder the same word is still used in Persian to describe the electric refrigerator. In the words of Hemming Jorgensen:

The ice houses served as reservoirs that stored blocks of ice in the winter for further use in the summer. The ice was either hauled in from nearby mountains or produced in open basins at the ice house site. Such local ice production plants were typically supplied with fresh water from qanats, the ingenious water supply tunnels, that brought water for human settlements and irrigation from the distant mountains.

The yakhchal is a passive cooling system, meaning it did not require any energy other than natural ventilation. Its form and structure—usually a combination of a pond, a dome and a thick shadowing wall—tailored for the arid desert environment, would protect the ice from exposure to the hot air and sun. 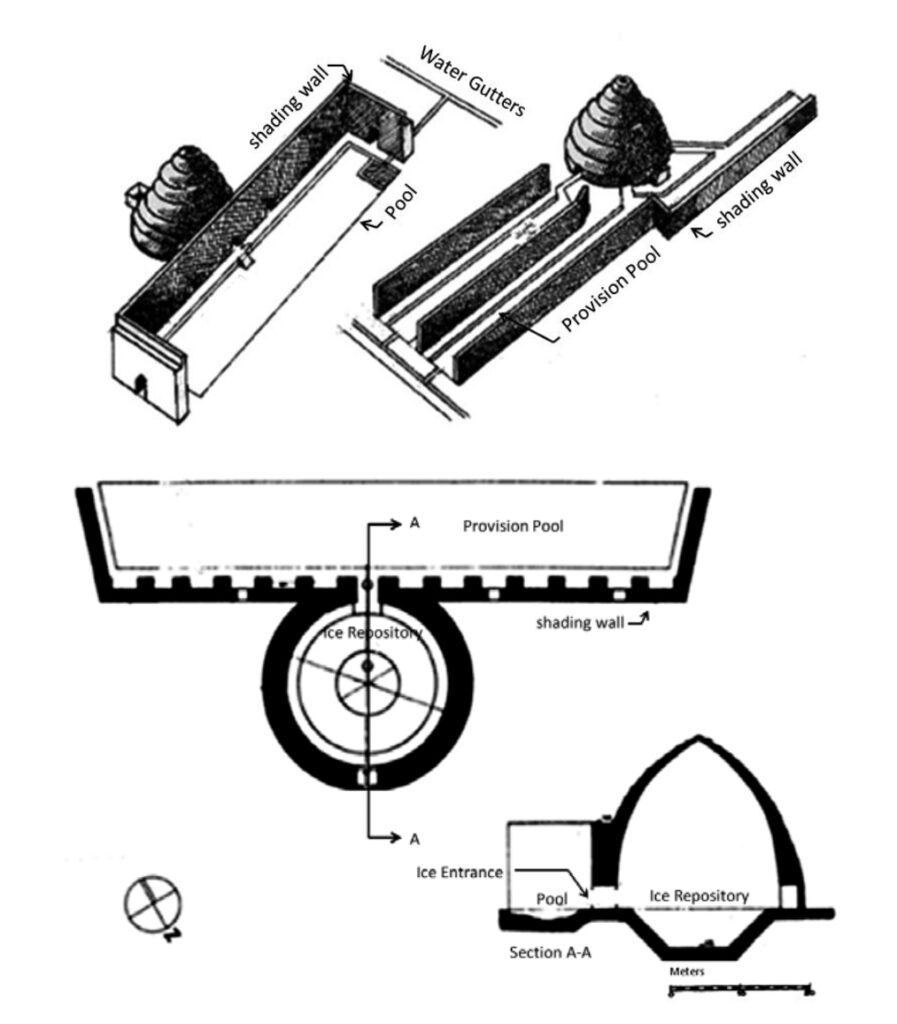 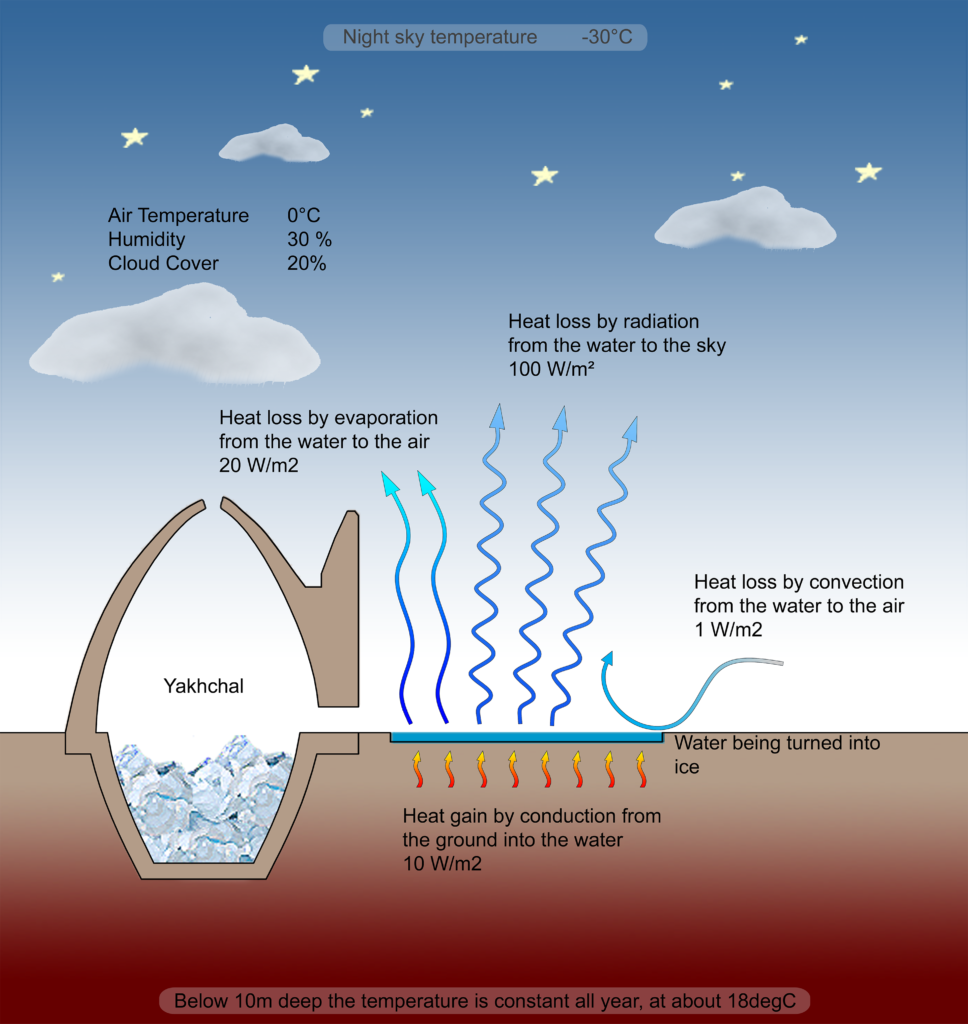 In addition, the yakhchal is an earthen structure made of the local soil. It could be easily repaired and maintained by the local people. Also, at the end of its life, it can return to the earth without cre

ating any waste. Hence, throughout its lifecycle, it demands energy neither for its construction nor operation or disposal; apart from human labour.

Furthermore, the yakhchal was either private or managed by cooperatives. There is no solid evidence about the details of its management. One is certain, though. Even in cases where monetary exchange or profit was involved, the poor were granted access to free water and ice. From this perspective, the yakhchal was a public reserve that ensured equitable access to water/ice for the people of the desert for more than 2000 years.

The yakhchal is a characteristic example of how I understand vernacular technology to be:

There are multiple examples of such passive and low-maintenance (cooling or other) technologies worldwide. They prove how people in different geographies have dealt with the same problems differently, in harmony with their cosmology, aware of their natural habitat and socially conscious (which does not necessarily mean equality, justice or democracy in the contemporary Western understanding).

Many millions of broken refrigerators later, in the 1990s, Greenpeace came up with the idea of a  sustainable alternative: GreenFreeze.

GreenFreeze was a new technology to replace the ozone-depleting F-gases (fluorinated gases) used in conventional appliances. Although it meant disruption and change for the industry, it was successfully adopted and put on the market.

From what I read, the success was due to two major reasons; the technology was made open-source and freely available to be commercialised; Greenpeace allied with corporations like Coca-Cola to push the adoption of this technology for a good cause. 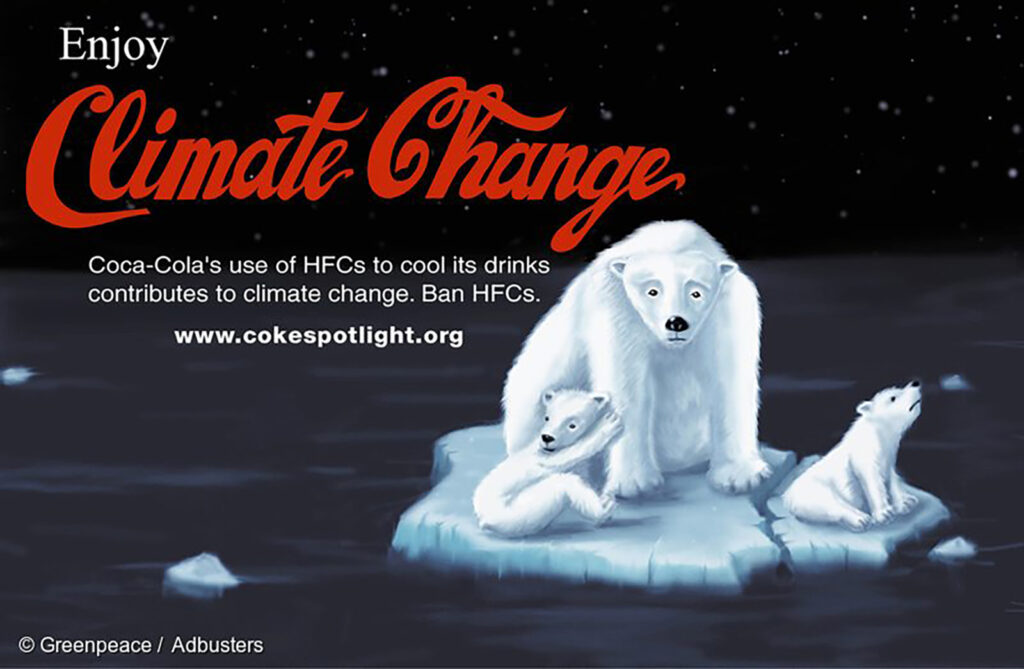 Image from the Greenpeace campaign that called for Coca-Cola not to use HFC refrigeration at the Sydney Olympics. Source: greenpeace.org

GreenFreeze seems to have been a groundbreaking technological solution to a serious problem. Nevertheless, a partial one. Moreover, the collaboration between an NGO and multi-billion corporations might have brought a green alternative into the foreground but has also accommodated corporate greenwashing.

A refrigerator or another cooling system—or any technological artefact—is not only a sum of its parts. There is more to consider when looking for an alternative.

If technology is understood from a holistic perspective, the refrigerator is also the processes and knowledge regarding how it is made, used, maintained, repaired, reused, unmade or disposed of; who is involved in these processes; and what motives lead the invention, production, commercialisation and improvement of this technology.

The need to look beyond partial solutions might not have been so urgent in the 1990s (or was it?). Three decades later, though, we are past the time limits of the sustainability goals. Climate crisis and all sorts of crises are raging. Refrigerators and cooling systems, even those using GreenFreeze technology, are still part of the problem. Why?

Let’s think of the two technologies in parallel.

The yakhchal embodies an eco-friendly building and cooling system, as well as a resource management approach in harmony with the cosmos (in the context of Persian understanding of universal order). On the other hand, GreenFreeze is a technological solution to a specific problem related to cooling systems. A step towards less toxic waste—not less waste.

Although GreenFreeze addresses the environmental impact of earlier technology, it does not challenge the technological paradigm that causes such problems; which is taken for granted. “Corporations will need millions of fridges. Let’s make greener fridges”, is the myopic narrative that ignores the darker sides of technology/environmental challenges.

Nevertheless, I would not suggest returning to the yakhchal. Sounds irrelevant to share a communal refrigerator today (but dare to imagine, at least!). What if we shared energy instead; by supporting energy cooperatives, for example? Or shared knowledge and practices for open-source and eco-friendly technologies for renewable energy? Or advocated for policies that support such initiatives? And so on.

Making a small-scale wind turbine at the Summer School “Energy as a Commons” that took place in August 2022 in Greece. Source: distributed design

If the problems related to technology are addressed in a fragmented way, the responses will be inadequate, stuck in the loop of techno-fixes. Instead, we can choose to expand the horizon of possible solutions, which might not be technological in the narrow sense. They can be political. Social. But primarily a response to the question of living.

Mina Kouvara is an architect and Junior Researcher at TalTech (Estonia). She is a core member of the Cosmolocalism research group and a fellow of the P2P Lab research collective