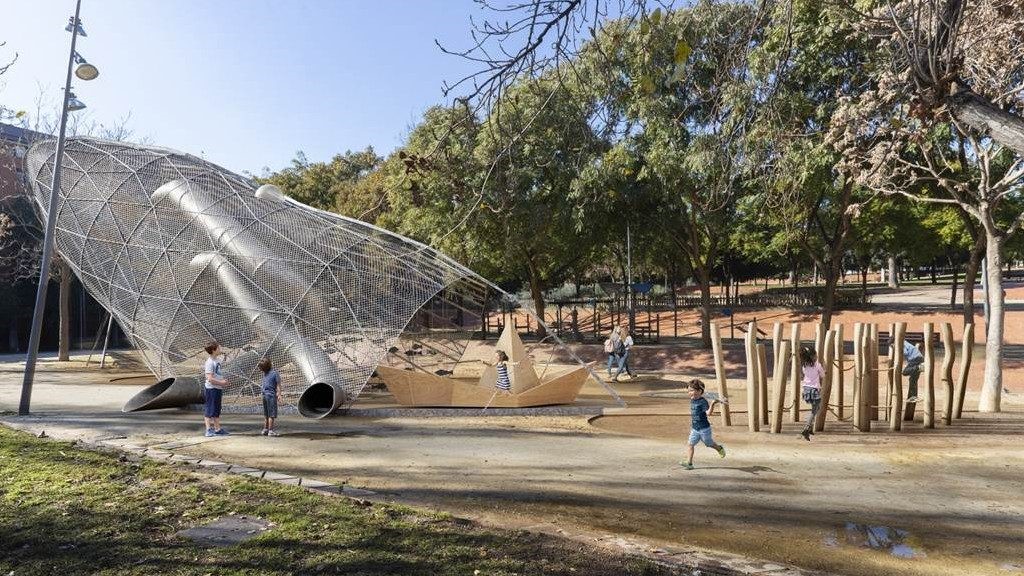 A study of two parks in Barcelona that have had very different impacts on children’s social skills shows the importance of considering social structures in the planning of new parks and urban play spaces.

Editors’ note: This post is the second in the Series “Green inequalities in the city”, developed in collaboration with the Green Inequalities blog, and which seeks to highlight new research and reflections on the linkages between the dominant forms of “green” redevelopments taking place in cities and questions of urban environmental justice, and the challenges and possibilities these imply for more just and ecological urban spaces. The series contributions will be published every first and third Tuesday of each month.

In Europe and North America, a growing number of children’s spaces are promoting cities that are more suitable for children, facilitating their autonomy, free play and greater contact with nature. Examples of this include platforms like Cities Connecting Children to Nature (CCCN) in the US, which seeks to “ensure that all children have the opportunity to play, learn and grow in nature, from urban parks and community gardens to the great outdoors” and in Europe, the Salzburg Statement on the Child in the City: Health, Parks and Play declares that “all children should be able to benefit from nature – wherever they live, learn and play”. In Barcelona, the initiative ‘Barcelona Dona Molt de Joc‘ launched in 2018 amplifies the opportunities for play in public spaces.

A recent study from our lab, however, shows that not all playgrounds offer these benefits. What makes an urban play space contribute to the well-being of children?

In Barcelona, ​​children who play in the Parc Central of the Nou Barris neighborhood know where to find the swings, where to play with dirt and where the best hiding places are. They tell us what their favorite places are, where their home is. They have a clear understanding of the dos and dont’s, and know what they are afraid of and capable of doing or not doing, without relying solely on what the signs or their parents tell them. They negotiate whose turn it is next on the zip line or the best way to recover a ball caught in a tree branch. We see, in sum, a repertoire of interactions with the social and physical environment that corresponds with the highly sought-after notion of “free play”. In addition, as a place frequently used for recreation, socialization and informal care, there is a sense of shared responsibility among its users towards the care of children. These qualities are what we refer to as relational wellbeing: the social relationships, connections and interactions that produce well-being. 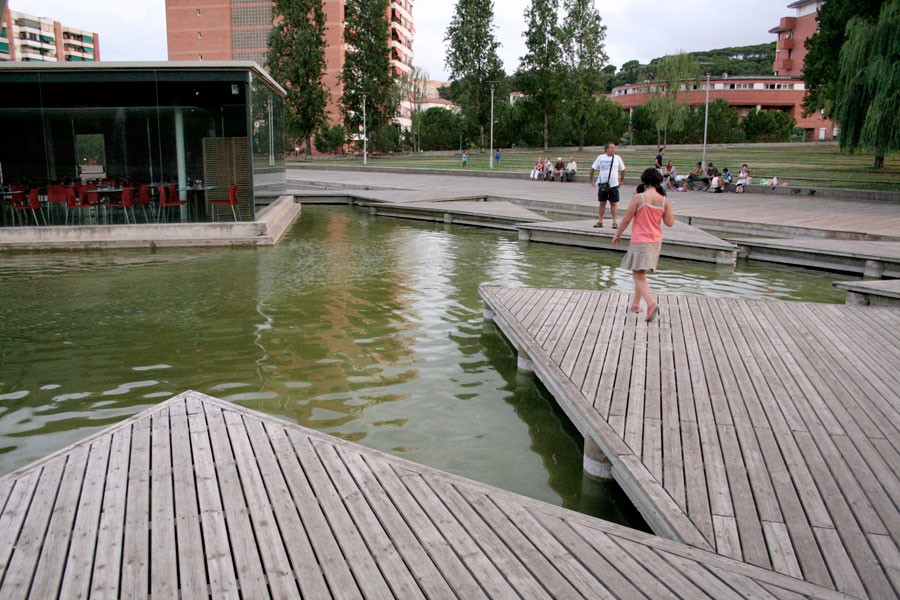 The park as the central axis of human relations

The Parc Central was built in 1992 within the framework of a municipal commitment to creating quality public spaces, community facilities and affordable housing in historically marginalized neighborhoods. To create it, the 1976 Metropolitan General Plan was modified by a Special Plan that rezoned an area previously designated for construction area as a green space—with the exception of a small strip for public housing and municipal equipment—and acquired the land by expropriation. This restoration of green space was articulated through demands made by the neighborhood and a participatory process that set a milestone in the fight against real estate speculation. The significant impact of this struggle on the community is key to understanding how this park has become a central axis of relations between neighbors that facilitates free play, even when its design incorporates limited natural elements and very basic equipment.

In contrast, the use that children make of the equipment in Poblenou’s Parc del Centre is reduced to its most obvious functionalities, while the scarce social interactions between them are mediated by their caretakers. The risks and limits of play are also guided by adults: “Don’t climb that or you’ll hurt yourself,” “say you’re sorry”, “ask if you can play with her ball.” This lack of autonomy and exploration clashes with what we might expect from a play space that provides abundant natural elements and creative play structures. In contrast to Nou Barris, childcare is reduced to the parental bond, with parents hardly interacting with other adults. The duration of visits to the park is short, and the regularity is low.

A disconnect with the existing social and urban fabric

Created in 2008, Poblenou’s Parc del Centre was conceived as the the central leisure grounds for Barcelona’s 22@ “innovation district”, which ​​demonstrated a lack of consideration for the social and material heritage of Poblenou as well as for the need for affordable housing to support the new business infrastructure. In addition to altering the historical urban fabric by aligning the park with the Eixample grid rather than the existing layout of Poblenou itself, the park was also fenced in with only a few openings, isolating it from the surrounding neighborhood. These transformations in and around the park caused a significant material, cultural, functional and sociodemographic change of the neighborhood that resulted in gentrification and a deterioration of the social structures that enable a sense of belonging. 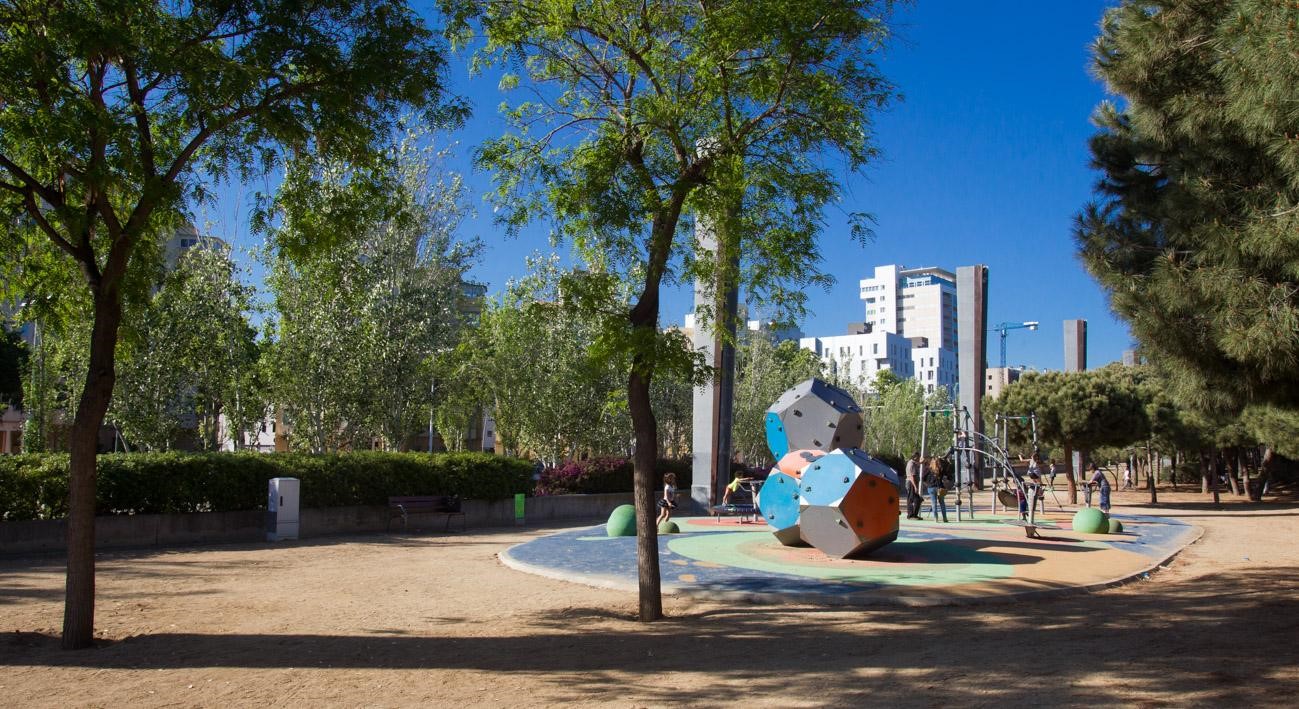 What we found is that the differences in how these spaces were produced are closely tied to the differing levels of relational well-being observed in each case. To create relational well-being, the presence of an invisible yet solid structure of everyday life capable of articulating relationships of attachment, care, reproduction and socialization—is essential.

While the Parc Central of Nou Barris manages to articulate these kinds of relationships, the Parc del Centre del Poblenou effectively dismantles them. This is why it is worth emphasizing the importance of social structures in the production of well-being—beyond that of certain green or recreational infrastructure—and the transcendence of the planning processes in improving the quality of life of children and the community through parks and playscapes.

Carmen Pérez del Pulgar is a doctoral researcher at the Barcelona Lab for Urban Environmental Justice and Sustainability. She researches the inclusiveness and environmental justice of urban spaces and explores the ways in which race, gender and class shape the experiences and the perceptions of their residents within the complex geographies of cities.

A shorter version of this article was previously published in Spanish in ElPeriodico.