A video project on the contested relations between Global North and Global South in terms of natural resource extraction and the environmental degradation from a feminist perspective. 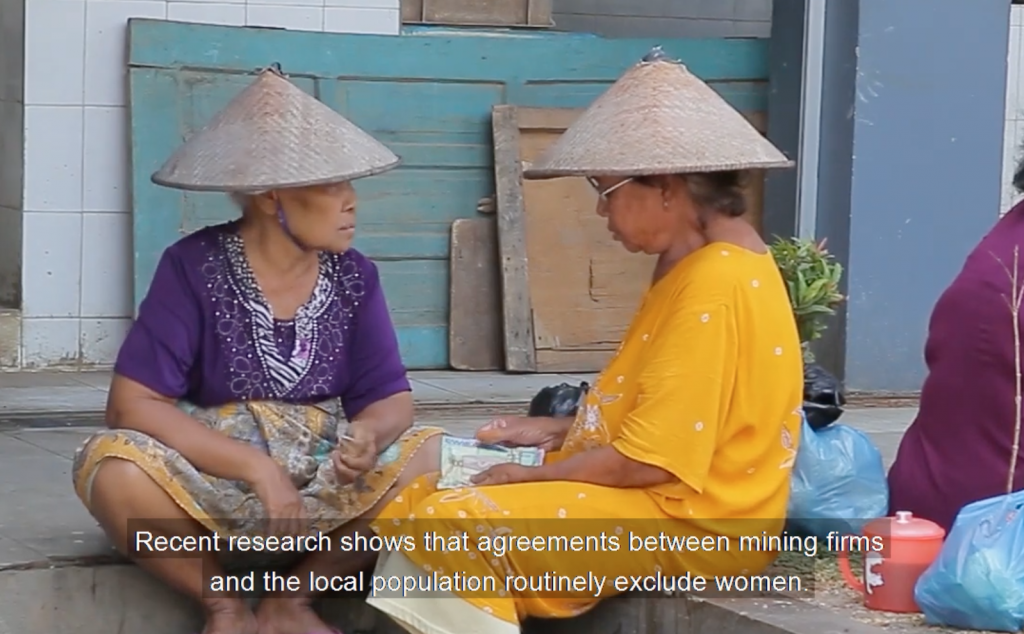 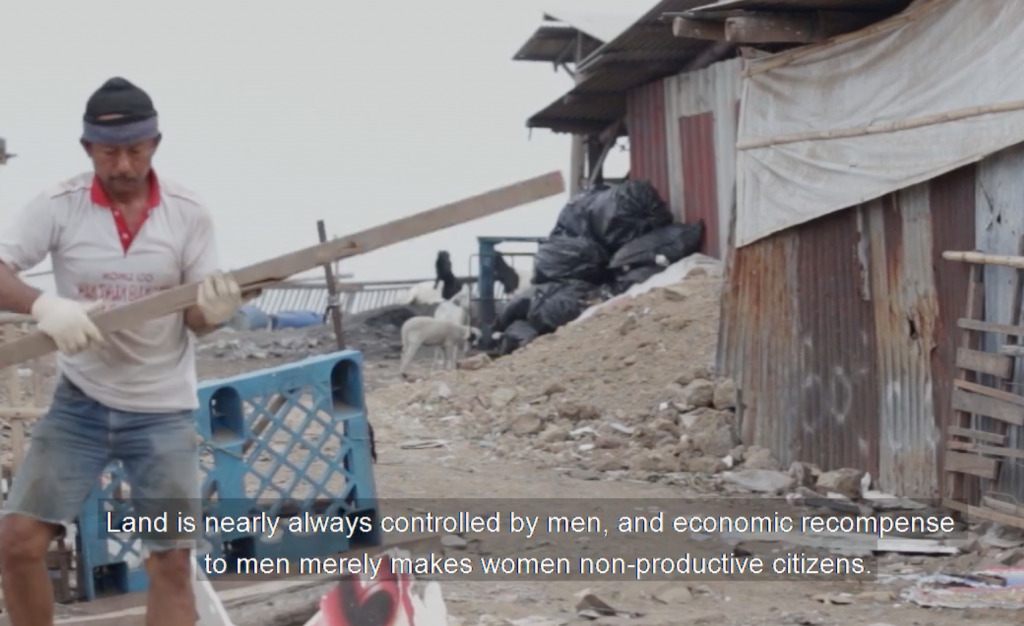 We are a team of two master students of the Environmental and Infrastructure Planning programme at the University of Groningen; one of us is from Indonesia and the other is from Germany.

In this video project, we reflect on the contested relations between Global North and Global South in terms of natural resource extraction and the environmental degradation from a feminist perspective. With Asti’s background in professional documentary film making and Environmental Geography and Eleonore’s background in radio production and Environmental Sciences, we were curious about exploring the role of women in mining based on our different scientific and cultural backgrounds.

An exhibition by French artist JR titled “Women are Heroes” motivated us to explore the role women as they often are at the frontlines of environmental protests. This made us think about the role of women in environmental protests in our own countries. How are these organised? Who is participating? What are differences in Germany and Indonesia and why? Although we realised that there is no adequate way to compare the two settings due to socio-political specificities, these questions still inspired us to explore this topic as a phenomenon within the greater spectrum of global environmental justice struggles.

In the video we produced, we are happy to present personal insights of activists from both Indonesia and Germany sharing their experience, knowledge and perceptions on the role of gender in environmental justice movements. The first of our respondents, Dewi is part of JKPP, an organisation representing and fighting for the voices of Indigenous communities in Indonesia, who are very much affected by land degradation due to mining purposes. Our second respondent, Melissa is a wooden toy maker and environmental activist in ‘Fridays for Future’ and ‘Extinction Rebellion’ from Indonesia. Last but not least, our third respondent Lui is an environmental activist from Germany, who participated in different protests against the destruction of forest ecosystems for mining and other purposes.

In terms of our positionality, we acknowledge our and our respondents’ socio-economic cosmopolitan background. Therefore, we do not claim to talk on the experiences of all women in environmental movements in these two countries. Further reflecting on the video, we realise that it is impossible to give a thorough picture of women in environmental movements against mining by just showing three interviews. Nonetheless we sincerely hope that this video provides an insight into the lives and experiences of three young activists in different settings from the Global South and North alike. This video was prepared as part of our work within the course “Critical Approaches to Global Sustainability Challenges” offered by Dr. Ethemcan Turhan and Dr. Christian Lamker.