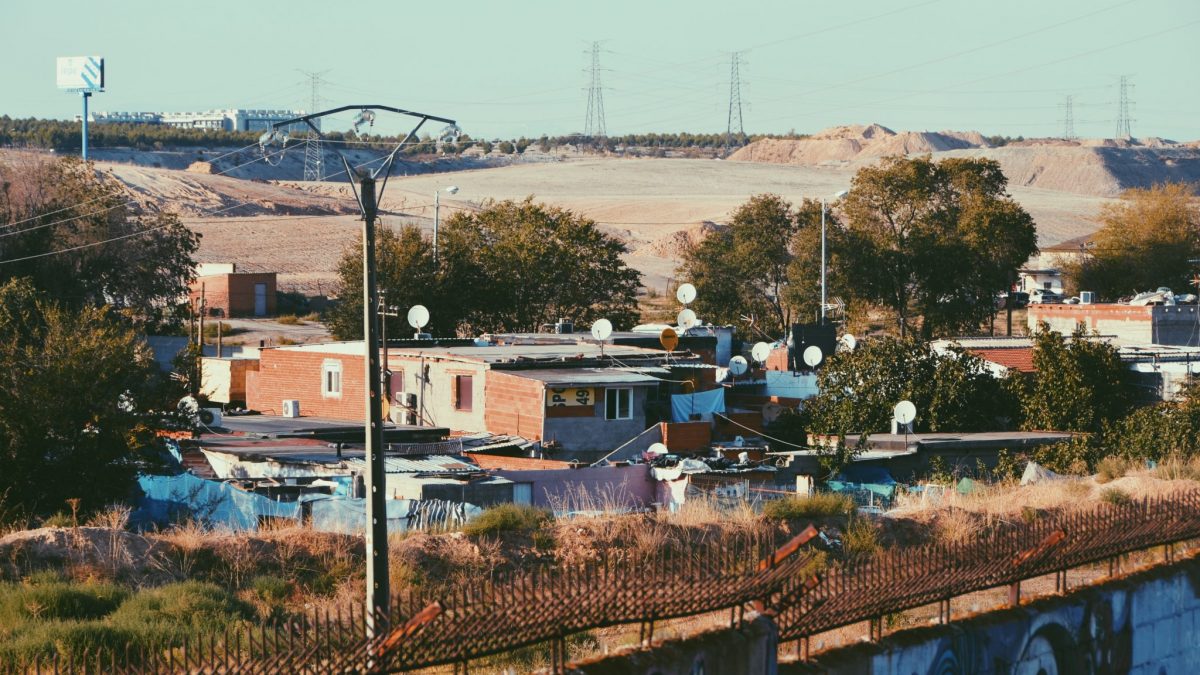 Residents of the Cañada Real settlement are deprived of access to electricity and basic services because of their homes’ irregular status and the stigma against them. A tale of socio-ecological discrimination.

In January 2021, Madrid had its biggest snowstorm since the 1970s, with up to 50 centimeters of snow and sub-zero temperatures. The airport and roads were closed and moving around the city was impossible. I stayed home, turning the heating up. But for thousands of residents of the Cañada Real settlement, this was not possible: they had been since October 2020 without electricity. And today, over a year after the power outage began, their situation stays the same. How is this possible in Spain’s capital?

A kid in the snow in the Cañada. Source: Madrid No Frills.

The Cañada Real is an illegal neighbourhood spanning 14 kilometres and three municipalities in the South and East of Madrid. Construction started in the 1950s, on the sides of a traditional cattle trail. Illegal building was common in Spain at the time, but unlike most settlements of its type, the Cañada was never regularised. This causes it to lack standard water and electricity networks. It also does not have proper paving on the roads, or public transport connection to the rest of the city. It is the largest illegal settlement in Europe, housing about 8.000 people, many of which are Roma or Moroccan.

Since it is linear in shape and crosses several institutional boundaries, it is divided into 6 sectors. Sectors 5 and 6 are the ones that have been left without power for the last year. They are also the poorest, where makeshift houses still exist, and where most Roma and Moroccans live. Sector 6 is the biggest of the Cañada, and it is also quite infamous. This is because of a 1.5-kilometre-long area which is known as “Europe’s largest drugs supermarket”. This small area reflects on the whole neighbourhood and contributes to the stigma against those living there. They are looked upon as violent drug addicts or criminals, adding to the discrimination that many already suffer because of their ethnicity. 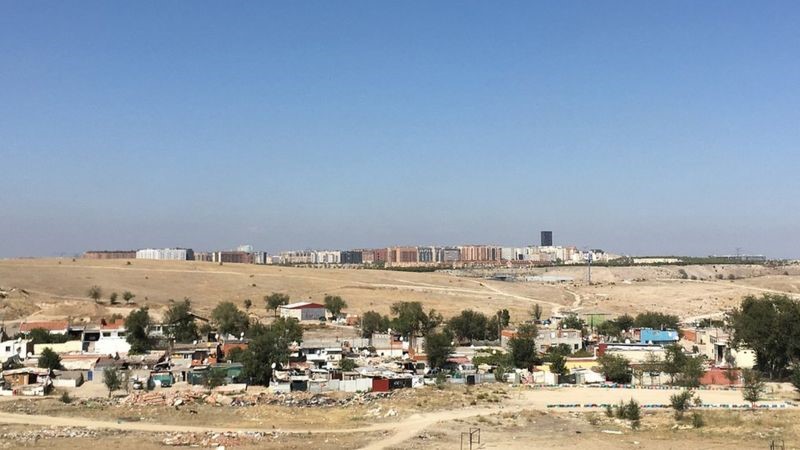 A view of sector 6, with buildings from the Rivas municipality at the back. Source: Enric Botella, BBC World.

The combination of stigma and racism against Roma and Moroccans is an important factor behind the electricity problem: a spokesperson for the local right-wing Popular Party government stated “The problem is that there are illegal hook-ups to the network for the fans and heat stoves needed to make marijuana grow quickly. This equipment, installed by mafias in the Cañada Real, is what is drawing more power than is available, making all the electricity go out.”. While it is obvious that not all of the thousand homes that have been left without electricity have cannabis farms, all of the residents are being punished by the local institutions. Would other, whiter neighbourhoods be left without electricity too if there were marijuana farms found there? This framing of the Cañada as inhabited only by drug dealers is amplified by media outlets. Sadly, the main narrative pushed focuses on how marijuana farms are causing outages.

It is an especially terrible situation for the 1800 minors that have no light to study, hobs to prepare food or heating to stay warm during winter. This situation is one of energy poverty: “a level of energy consumption that is insufficient to meet certain basic needs”. In this case, it is avoidable, but the institutions ignore the needs of the ethnic minorities living here. Indeed, the United Nations issued a letter to the Spanish Government warning that this inaction constitutes a serious violation of the children’s human rights. But there has been no response. Since the classes during the pandemic were moved online, the digital divide between the children with and without electricity also grew: some can attend online class while some cannot, and this is determined by where they live, their race and class. This series of rights violations also has implications for which citizens the State recognises as relevant. While those in legal neighbourhoods have basic rights, those in the Cañada Real are deprived of them, as if they are not worthy. 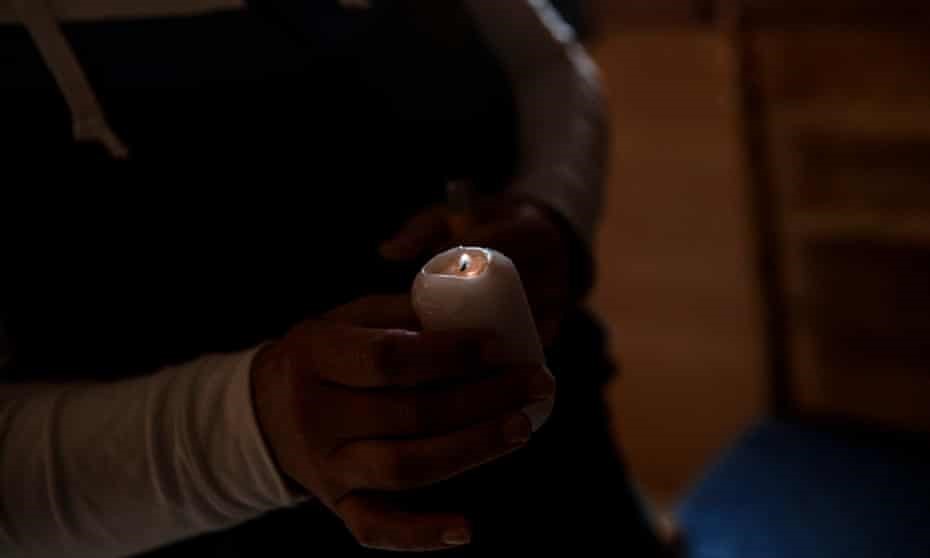 Luisa Vargas lights a candle inside her home. Source: Pablo García, The Guardian.

All of this shows an uneven distribution of risks and rights which has influenced the very structure of the Cañada. During the 2000s real estate bubble, inhabitants of other illegal settlements were forcefully relocated to sector 6, which stands right next to a landfill. This brought the drug dealing into the Cañada, bringing together several things that the State deems undesirable: drug use, ethnic minorities, and waste. And since it is an illegal settlement over various municipalities there is no clear responsible institution to what happens within it. Some neighbours who already lived there were then evicted and pushed closer to the landfill to make space for urban growth and speculation. This process has slowed down but continues today. Thus, already marginalised ethnic groups end up living in highly polluted and dangerous areas without basic resource access, while there is space made for real estate investors to gain profit: differences in political power become forms of socio-ecological discrimination.

In 2017, all parties and municipalities signed an agreement to clear most of the Cañada and legalise the rest. But this is not a solution. The agreement did not specify the fate of some sectors or of those houses which a governmental commission deemed to have “urbanistic problems” such as noise, flood risk or closeness to high voltage cabling which are 75% of the total. Therefore, the residents did not sign it. Their demands and needs were not heard. Most do not want to move, they just want basic services. And today, as they exit their second winter without electricity, this still seems like a faraway dream. For now, they can only resist.

David Amado-Blanco González is a Spanish student in the Environmental Studies and Sustainability Science master’s programme at Lund University, Sweden.