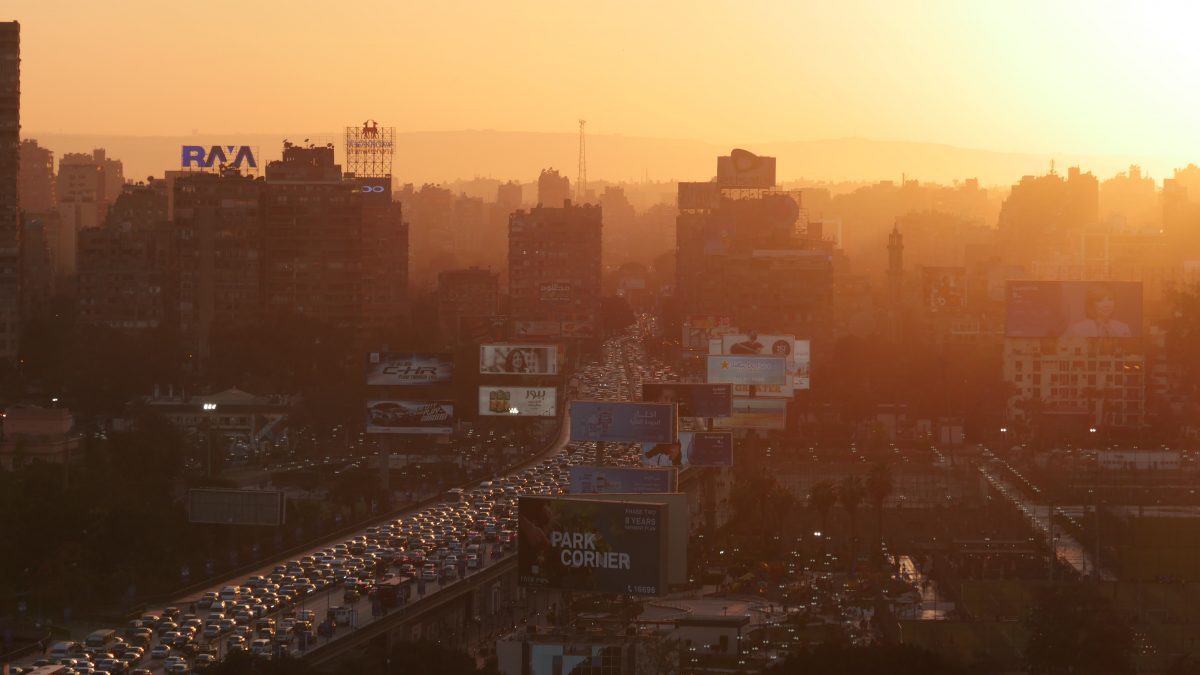 Cairo  is an example of the trend of megacities with rapid growth in size and environmental inequality, marked by a dual reality between informal areas with high congestion and pollution levels and lack of green space, and exclusive new high-end desert cities with ample spacing and private access to nature.  This trend is facilitated by state deregulation, privatization and commodification of urban space.

Urbanization across the Global South is occurring rapidly. One urban trend in this process are megacities, defined not only for their immense size, but growing environmental inequalities.

A city where this phenomenon is visible is in greater Cairo, Egypt, home to over 15 million people, deemed one of Africa’s epicenters. Cairo has a diverse urban fabric marked by formal and informal development. This dual urban phenomenon continues to shape the urban housing landscape as Cairo’s geographical boundaries grow into the surrounding desert.

In this essay, I analyze the power relations and other drivers of current environmental inequalities of urban housing in Cairo following a political ecology approach, centered on David Harvey’s concept of ‘accumulation by dispossession’.

Dual Reality in the built environment

The United Nations Habitat 2020 report claims that informal housing represents 60% of the total housing units in Egypt over the past 30 years. Informal areas are generally defined as unplanned self-built housing which remains mostly unregulated by the government. I. Characteristically, these informal areas  suffer from grave burdens. These include poorer air quality, lack of guaranteed services (i.e., sanitation), minimal green, open spaces, and a high-density population. Despite this reality, compared to most informal housing across the Global South, Cairo minimally guarantees informal housing with structural integrity and basic service provisions such as electricity and water. 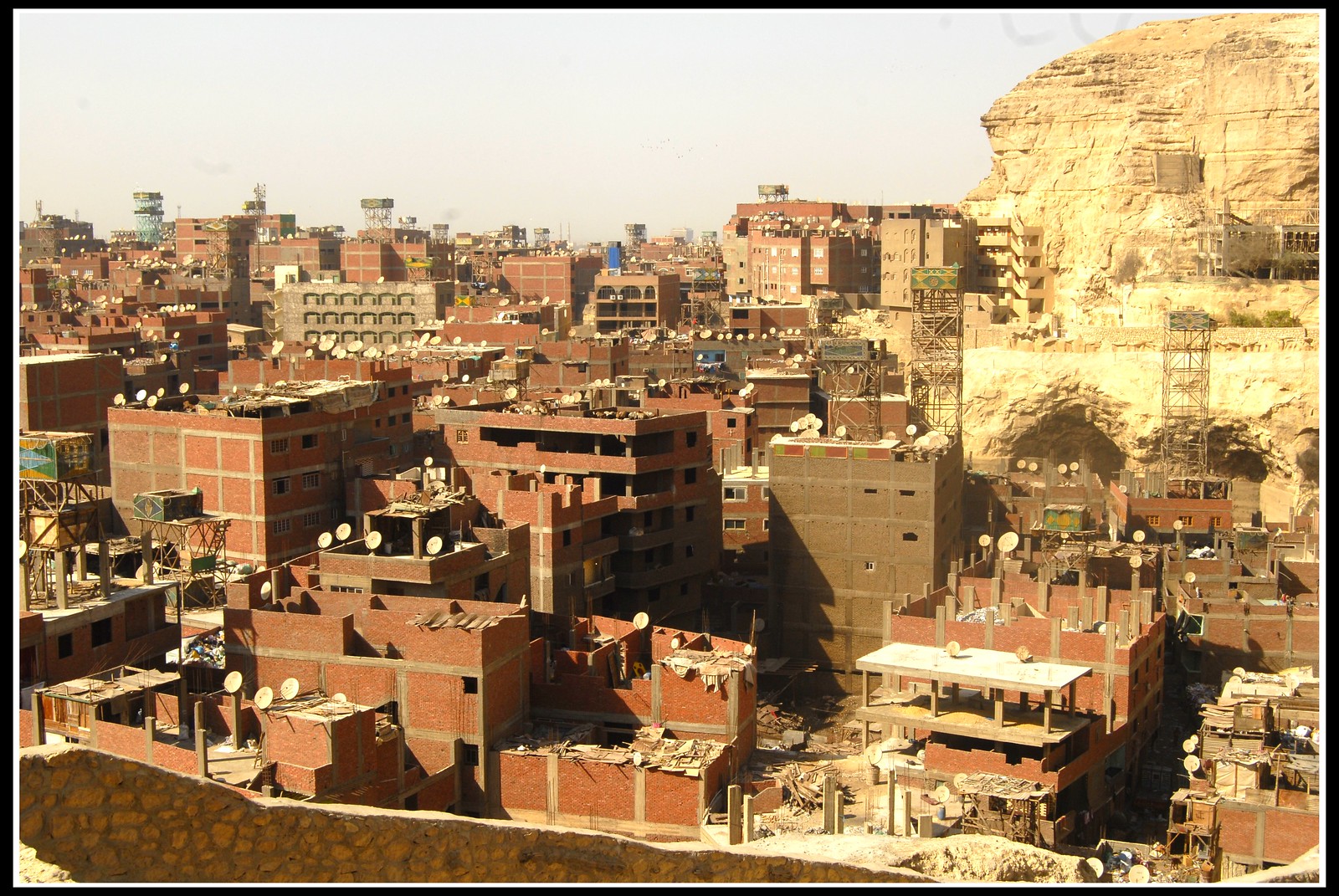 High population density in informal areas such as Dar al-Salam and Bolaq El-Dakror, where the population is greater than 70,000 inhabitants/km2, is correlated with high concentrations of air pollutants such as carbon monoxide (CO) and nitrogen dioxide (NO2). Further, informal areas possess what David Sims calls “micro-environmental problems” such as the lack of adequate amount of sun and air ventilation, narrow streets, and minimal infrastructure provisions such as paved roads and green spaces. Other aspects of livability such as recreational, environmental amenities and public spaces are missing in informal areas. Juxtaposed to the informal areas across Cairo, are the proliferations of formal private housing developments which at a minimum guarantee adequate, affordable housing to those with capital in what are called new desert cities. 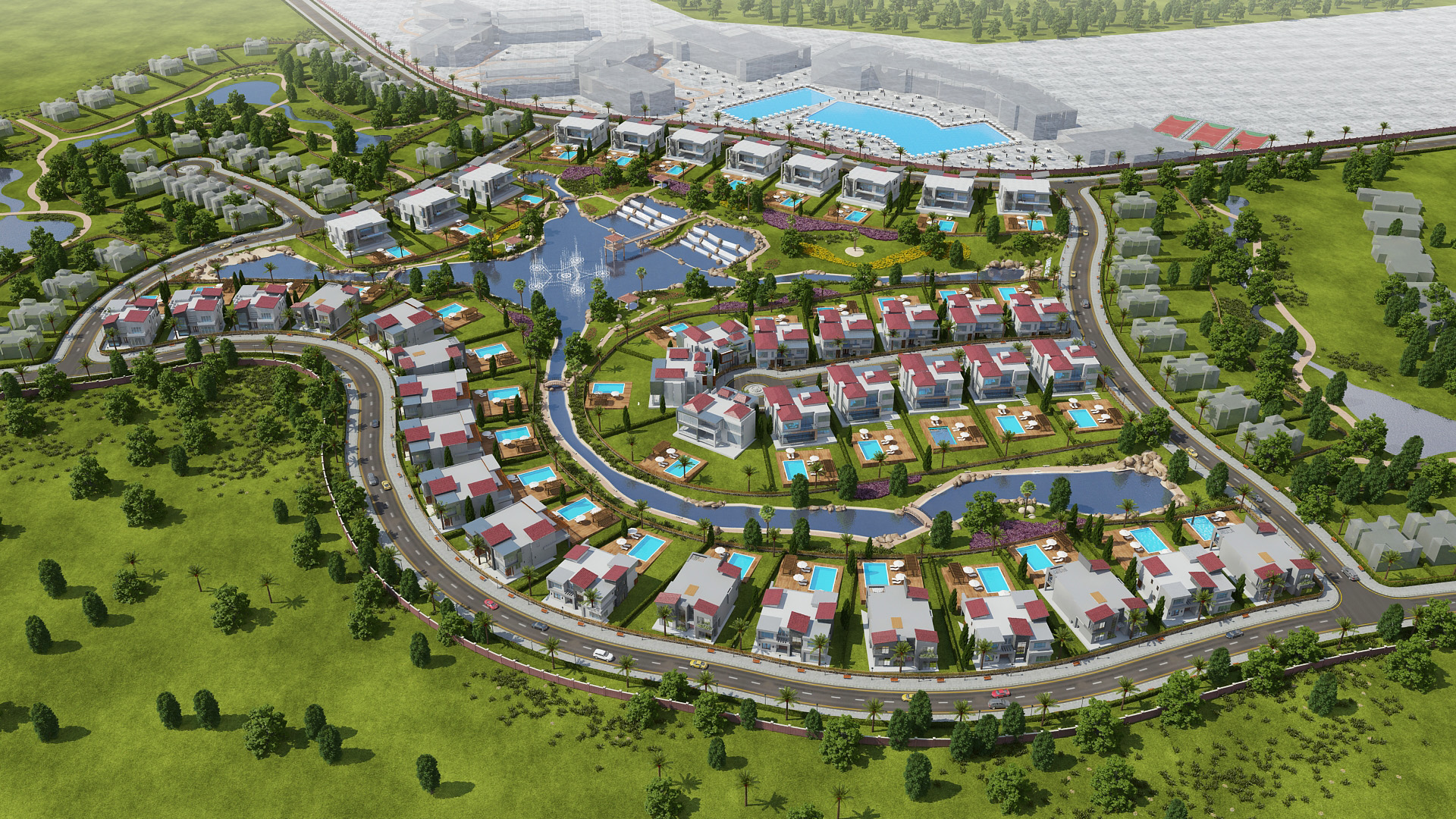 New desert cities were originally an urban planning design to depopulate the dense, urban sprawl of Cairo. The original idea dates back to Nasser’s government (1956-1970) with the intention of new cities to be for affordable housing. This idea has received a capitalist facelift since the launch of the second generation of new cities in the 1990s when swaths of state-owned land were primarily sold to private developers or the Egyptian army. The targeted  purchasers of housing units in these new cities were primarily targeted at urban elites, remittance flows, and foreign investments.

The second-generation new cities are often occupied by housing developments with a new urban imagination featuring serenity and green aesthetics to escape the image of the dirty, chaotic Cairo. A main characteristic of these new cities is the low-density populations such as New Cairo and 6th of October holding less than 200 inhabitants/km2. The lower population density is accompanied by a larger socio-spatial distribution of greenery. Landscape design features looks strikingly different to informal areas. These include stretches of greenery, clean air, and open areas. Examples of these include, residential compounds such as Hyde Park, a private compound located in New Cairo, which grants its residents 600,000 sq/m2 of greenery and walking trails starting at a price of $750 per sq/m2. Further, the New Administrative Capital has a planned three-mile ‘green river’ running through the spine of the city. In short, these new urban housing developments represent a stark contrast to the informal settlements. The next section will look to explore some of the drivers behind these environmental inequalities.

To give way to the market, housing deregulations created a positive climate for investments. Specifically, the deregulation of government land tenure led to for-profit housing development and practices of speculative housing: people or companies buying housing with the intent to sell rather than inhabit, increasing housing prices. Between remittance flows from Egyptians working abroad and capitalists looking for new markets to accumulate capital, Egypt’s deregulated housing market proves a safe investment.

Speculative housing in Cairo follows David Harvey’s argument on how urbanization under neoliberal capitalism is driven with the imperative of capital needing new markets to invest in to avoid crisis of over-accumulation. In the process of such accumulation, the urban poor are dispossessed of their homes as living costs outpace increased income. This then results in Harvey’s famous phrase of ‘accumulation by dispossession’. It is known Cairo now holds an overproduction of speculative housing and a shortage of affordable housing. Increased housing prices due in part to deregulation and speculation directly impacted the supply of affordable housing to lower income Egyptians.

This is compounded by the fact that increased income level has not matched increased prices. Researchers Salma Shukrallah and Yahia Shawkat found the median housing price in 2016 was beyond the reach of 49.2% of Egyptians. In some cases, even subsidized social housing is unaffordable for lower income Egyptians. Hence, deregulation of the economy is one contributor which has allowed for capital to accumulate in housing while dispossessing Egyptians with a lack of purchasing power adequate and affordable housing options. They are pushed to informal housing options, where an uneven distribution of environmental harms such as overcrowding, lack of open-green spaces, and basic infrastructure provision exist.

Besides residential areas, most open, green spaces located in Cairo are behind gated clubs which require membership fees to enter. The remaining parks with low-cost entrance fees, can be a barrier for the 29% of Egyptians living below the poverty line of $1.81 per day. One of the few public reprieves, is the Nile river. However, the Nile river is not always easily accessible to informal neighborhoods located inside the old urban core or at the periphery of the city. Between private developers and minimal urban planning in informal areas, green, open spaces for the public are left missing in Cairo.

The trend of the Egyptian state to move away from being the welfare provider to a competitor in the free market comes within the logic of International Monetary Fund’s (IMF) structural adjustment programs. Egypt first adopted these in the 1990s and then more recently in 2016 as a prerequisite to  a $12 billion IMF loan. The new prioritization of capital accumulation for the state in urban development contributes to environmental inequalities in urban housing, as the government becomes financially invested in these projects. The current Egyptian government holds a 24% equity share in one of the largest investments of new desert cities, the $45 billion New Administrative Capital. Another government body, the New Urban Communities Authority (NUCA) who sell state owned land in new desert cities to private developers or investors has an approximate annual revenue of $40 billion. 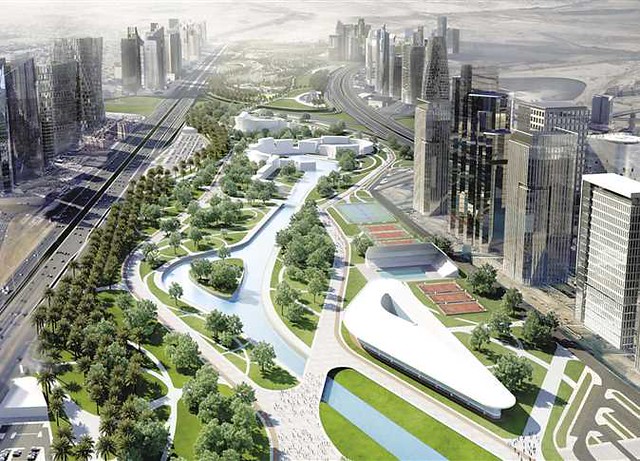 One could argue that this money will be reinvested into public spending, yet, public investments are being concentrated in few, privileged landscapes. In 2017, 50% of the public budget for the built environment was designated to new cities hosting a mere 2% of the Egyptian population. Further, from 2016 to 2020 the government spent merely $1.7 billion on providing services and regeneration to informal areas across all of Egypt, compared to the $45 billion spent on the NAC between the same period. Researcher Deena Khalil argues that upgrading informal areas, despite the desperate need, has been neglected by the government unless a structural threat is posed to the residents. As a result, environmental inequalities are exacerbated for the remaining urban landscape, including informal areas.

Haley Parzonko is a master student of Political Ecology, Environmental Justice and Degrowth Economics at the Autonomous University of Barcelona.