There are more and more people who have lived in a catastrophe all their lives. The promise of a transition to a “green” world may seem like an escapist drug to them, but the hangover is unavoidable and what we are left with is nothing other than to set collective healing processes in motion.

“The production of all instruments of war, not only of war itself, should be prohibited completely. It is utterly absurd (and also hypocritical) to continue growing tobacco if, avowedly, no one intends to smoke.” (Nicholas Georgescu-Roegen, 1975)

Education for “green” citizenship is abundant, especially in a depoliticized form. But citizens seem impotent in case of nuclear terror. This does not bother those whose adventurous exile on a different planet is already a parade. Another war makes us think less about the “distant” climate apocalypse and more about the “here and now” of slow motion disasters. The Russo-Ukrainian War, as a part of the industrial complex of modern societies, is also putting more light on how and why resource conflicts are multiplying all over the planet and the implications of learning to live, once again, in a “bomb culture.”

As a necro-industry, war is also the most profitable form of market governance, selling guns and carnage as merchandise. Together with pandemics, the current Russo-Ukrainian War will bring a geopolitical shift in which the war industry and the health industry will be feeding on each other. Epidemics and mental health problems will make the capitalist machine more vigorous. The intensification of all forms of resource extractivism is a precondition: the “green” transition turns into a “brown” extractivism enterprise almost over night, as oil and coal are celebrating a comeback. As new “shock therapies” emerge, we can see how these policies are far from democratic. Is there any human meaning of low-yield nuclear weapons no one has consented to? What else can we expect from this new transition to an increasingly hot Cold War? Oppression and trauma may create new bonds and communities: but first they break people. With such shocks unfolding, new traumas emerge and require more than words to express the various inter-sectional injustices that will occupy our hearts and minds in the near future.

The shock-therapies of post-“communist” transitions were supposed to end in a few decades: can we notice its continuity at the roots of current events? The post-“communist” generation that I know lived most of its life with the feeling of loss: adding to various cultural stigmas, they felt as losers everyday, broke and broken, forcing themselves to be tireless. They did not know what to believe anymore, nor what to do. They lacked more than possessed: energy, money, knowledge, respect. They often forgot the invisible fist of transitional ideology, preaching shame for own incapacities. It matters how we look at poverty, hurricanes or wars: ideology also chooses us, it follows the smell of our privileges or vulnerabilities. Some people have lived most of their lives already in a “catastrophe” – from forgotten emperors to contemporary corporations, many people experience predation daily. Acclimatization with “bad luck” or ordinary trauma is by default, a sort of inertia. The destruction of the war machine. Source: https://www.anarchistfederation.net/transition-into-a-green-world-necro-industry-climate-trauma-and-radical-healing/

For instance, Moldova’s ruin is a proof, now overshadowed by the celebration of how such a poor non-EU country can help so many Ukrainian refugees: in the transition of ongoing loss after the Afghanistan war, Moldavians became flesh in private armies, economic migrants suffering from stress disorders, as well as nationalists pushing to bring it back to some ancient land. These traumas do not seem to preoccupy the geopolitical mindset of the current Russo-Ukrainian War – a war based on the shock doctrine and its disaster capitalism.

When Maria Todorova was writing about the discourse of the Turkish “yoke” in Eastern Europe, she was not just asking a question about the inflammable potential of emotions that move people when “called to arms”: for her it was also important to emphasize that Europe’s gift to the world has actually been nationalism. Therefore, when societies demand reconciliation but wars seem ongoing, a refusal to act can be motivated by a commitment to care for a broader collective space of meaning-making, to take the time to discern what may be left out once again from new homogeneous communities of victims and perpetrators, as Mihaela Mihai suggests. Placing the Balkans in this “global coloniality” of “necropolitics” is still a work in process.

“We are in a Psychological War”: Toxics of the Last Transition

Toxicity is more than pollution affecting physical health: it flows in the air of everyday conflicts which characterize structural adjustment projects, austerity programs, mega-development or industrial extraction and land-grabbing. The intimate toxicity may be observed in the way people experience social techniques of control such as deception, manipulation, humiliation, and various abuses. In the exact planning of such projects, what is already at work, as a preliminary condition for injustice, is a production of human natures as exploitable. Decision-makers enter into a dialogue with people as representatives of specific social categories, who reproduce already established interests: supposedly, a miner can only desire to work in a mine irrespective of his traumas. Oppression is rendered invisible in this way by the ideology that makes citizens legible for state recognition. Therefore, the “light” at the end of the tunnel of post-“communist” transition was seen by elites as progress. For others, it was just another “hole” in the ground.

It may seem that, once averted, extractivist projects cease to constitute a threat. They may be celebrated as local victories or even inflate nationalist projects. Yet, from the perspective of capitalist global markets, the process of “almost doing” a mine establishes the proper climate for future investments. Environmental injustice often becomes a conflict when it is already “taking away the ability of some individuals and their communities to function fully, through poor health, destruction of economic and cultural livelihoods, general environmental threats, and political exclusion,” as David Schlosberg and David Carruthers put it. Waiting for the “actual harm” to happen, anti-mining movements in Eastern Europe such as “Save Rosia Montana” in Transylvania-Romania attest to the fact that rural communities face land-grabbing and slow community disappearance, daily psychological damage, and disqualification as political agents. Their trauma comes in the daily experience of uncertainty, insecurity, anxiety, or fear – a wound tearing apart relations in families and friendships.

Indeed, the “Save Rosia” initiative is a movement which has also nested hidden ideological tensions as a historical battleground of various imperialisms. The oldest documented locality of Romania, shelter for the most extensive and technically diverse mining complex currently known in the world, which goes back to the Roman occupation – all of this has contributed to produce a counter-movement that has radicalized Romanian politics. Rosia is now UNESCO heritage thanks to a long and intense process of transnational civic mobilizations. This victory will hopefully matter in current processes of litigation and future pressures of stock-markets. The burden of intergenerational traumas remains on the shoulders of those who have refused to leave their homes. Resident of Rosia Montana, Niculina-Lucretia is telling me in a personal informal conversation in 2008 her story of struggle poetically:

Ours are these mountains, stone-like, fertile and grey
We have hiked them to the sky to open their stomach of gold and iron
We have suffered together on rain and snow,
We have opened their giant pelvis and sang their beauty,
We know their souls and storms, better than anyone…

“There is something perverse about an economic order in which the unsustainable, ill-managed plunder of resources is calculated not as a loss of GNP but as productive growth.” (Rob Nixon, 2011) 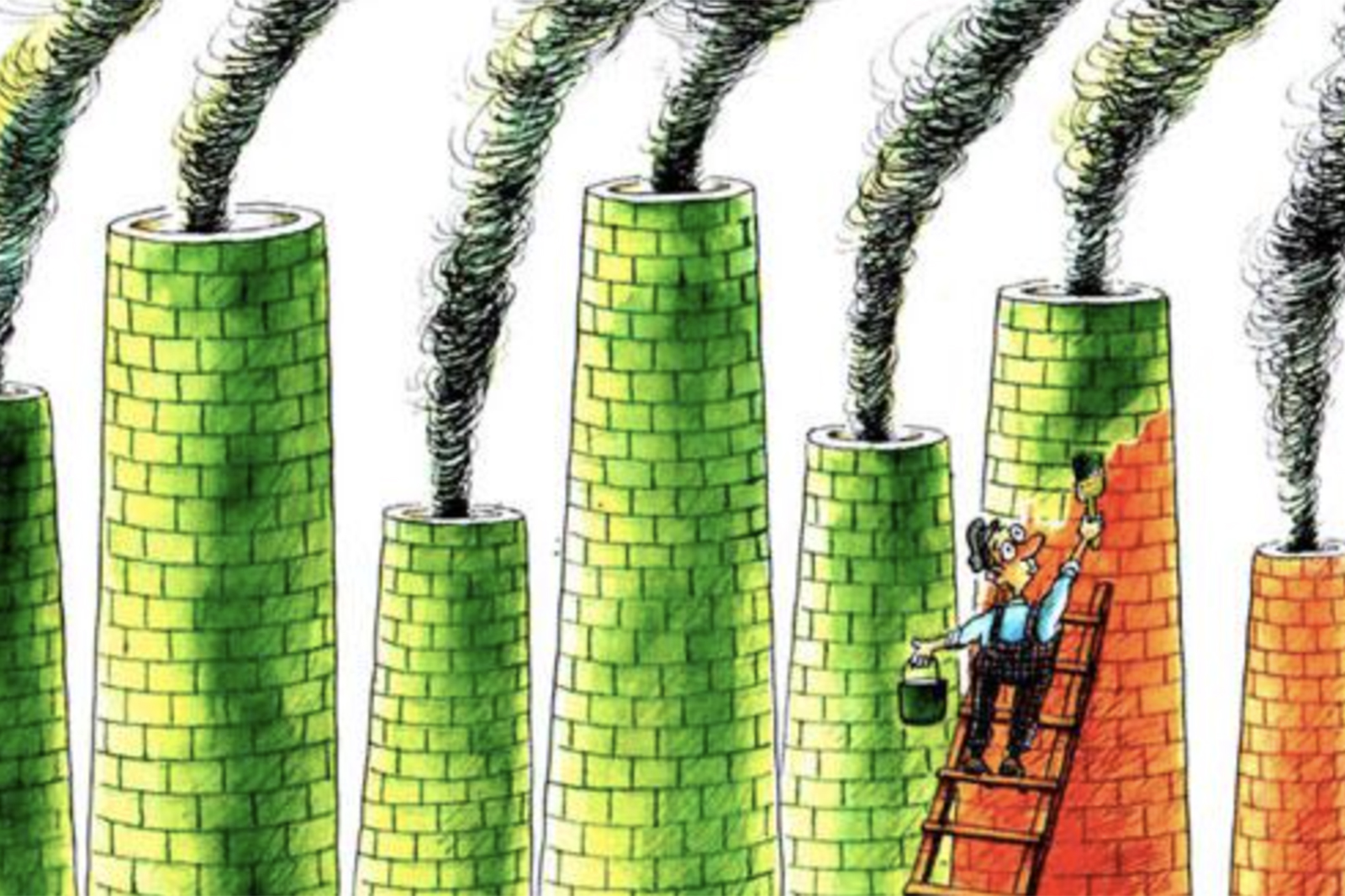 If you are a country from the East or the South, get ready, new “green” investments are coming your way! I am being cynical on purpose to illustrate the logic of capital: a bad advertisement of yet another “cheap” product for mass-consumption utopia. As long as the social license to extract is given without even including the social and environmental costs, any extraction of raw materials, including lithium, will only increase the profits of a few “smartly” positioned. The new conflicts e.g. in Serbia, Kazachstan, and Ukraine are becoming visible illustrations of extractivism as a necro-industry, fueled by the logic of war, with oligarchs fighting each other using common people’s bodies. But Europe is densely populated. With rural regions becoming targets for new extractivism, more and more conflicts may emerge.

Some truly hoped, at least before the Russo-Ukrainian War, that “greening” the economy will be a decent way out of the miserable neoliberal transition. What kind of dangers are we talking about now, when “green” capitalism is being sold as the new panacea? How to remain critical when it tries to mass-commodify guns and nuclear as “green” in the same logic of war, in the same miserable “factories” of cheap labor? “It’s a catastrophe, relax!” ironically says the physicist in Ian McEwan’s novel “Solar” (2010): production is going well. Ecomodernism becomes incorporated in the ideology of capitalist growth as a new opium of the progressed. This is what makes “disasters” political, not only traumatic.

“Collective trauma is a blow to the basic tissues of social life that damages the bonds attaching people together and impairs the prevailing sense of communality. … it is a form of shock …a gradual realization that the community no longer exists as an effective source of support and that an important part of the self has disappeared. ‘I’ continues to exist though damaged and maybe even permanently changed.” (Kai T. Erikson, 1976)

As the ultimate collective trauma combining all other inter-sectional historical traumas, climate trauma is a profound wound of the body politic, a wound of absurd wars and other extreme events, with children and youth standing out as the most to suffer already. The need to address the root causes of such traumas is long overdue. Before new principles of justice, human civilization needs radical “decolonial healing” as Rosalva Aída Hernández Castillo suggests. Such a pedagogy may already be found in the multiple practices of communities taking their historical traumas seriously: mothers of the “desaparecidos” in Mexico, confronting the carceral justice system, never giving up looking for their children, adopting dead bodies to fulfill mourning rituals which make them accept death with love for life. Black communities are performing blues as a survival mechanism: “an autobiographical chronicle of personal catastrophe (…) near-tragic, near-comic lyricism,” as Adam Gussow explains. Many scholars point out to the centrality of collective self-organized efforts to foster radical healing, a long-term process which needs to be intentionally worked at, with land-based and “anonymous” memorialization techniques being pivotal.

Irina Velicu is a Researcher at the Center for Social Studies, University of Coimbra, Portugal, and an editorial collective member of Undisciplined Environments. Her work has been focused on environmental movements in Eastern Europe, commons and political aesthetics. For this article she acknowledges support as part of the Programa de Estímulo ao Emprego Científico of Centro de Estudos Sociais. Coimbra, Reference DL 572016/CP1341/ CT0022.