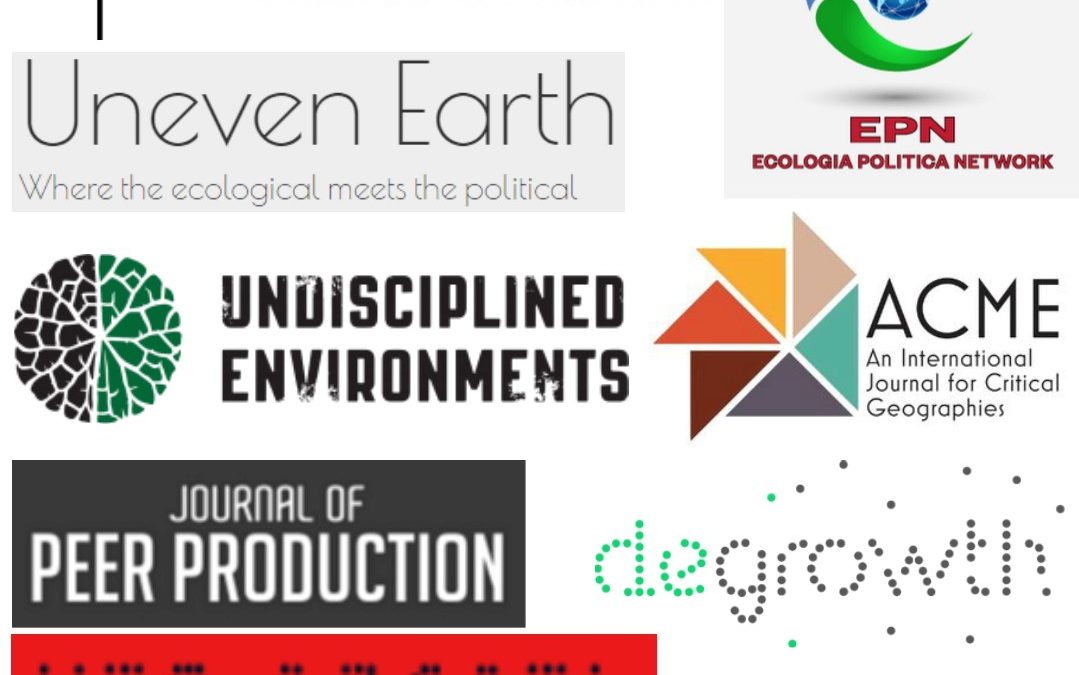 In a forum for the 20th anniversary issue of the journal ephemera on “Pasts, presents and futures of critical publishing”, eight independent collectives discuss ways in which they challenge the status quo of knowledge creation within and beyond academia.

Since 2001 the open access model of ephemera has been operating in opposition to corporate academic publishing, and we are not alone in this struggle. While for-profit publishers have been finding new ways to appropriate and capitalise on academic knowledge and the very idea of open access, a colourful multiplicity of alternatives has emerged.

This essay, a modified version of the forum in the 20th anniversary issue of the journal ephemera on “Pasts, presents and futures of critical publishing”**, aims to make these alternatives visible, showing a whole variety of ways in which they challenge the status quo within and beyond publishing and academia.

Alternatives to mainstream publishing have different organisational forms and formats, but what unites them is being not-for-profit, not guided by quantity, and caring for thorough knowledge creation. These alternatives can be connected to universities or run by independent collectives, based in particular geographical locations or internationally, producing journals, books, blogs, translations or artistic work. Multiple journals already operate within the model of ‘diamond open access’, i.e. immediate open access with no payment for publication by authors or readers. A large-scale study of collaborative community-driven publishing has identified up to 29 000 such journals across the world, with about a third of them registered in the Directory of Open Access Journals. While 45% of these journals are based in Europe, more than half of them are in Eastern Europe.

Apart from journals, there are models of open access book publishing, like MayFly, a long-term sister publication to ephemera, Minor Compositions and Mattering Press. They make books available to everyone from the start, rather than charging the authors thousands of euros to make it possible, as conventional book publishers do today. Beyond books and journals, there are many new media initiatives transcending the borders of academia and publishing, celebrating different ways and modes of knowledge creation. These initiatives show how open access is not just about making academic knowledge available, but about appreciating different ways of knowing, and the different formats in which they can be communicated.

To highlight the already existing multiplicity of alternatives, we have invited eight collectives engaged in what we thought can be framed as alternatives to mainstream publishing to tell us about the initiatives they are part of. These are ACME,  Chto Delat [What is to be Done],  degrowth.info,  Ecologia Politica Network, Journal of Peer Production,  Radical Housing Journal,  Undisciplined Environments and Uneven Earth. These are all run as independent collectives and are close in spirit to what we do in ephemera, driven by ethico-political commitments, which was the key reason for reaching out to them. With non-hierarchical organising practices at the core, they embody values of autonomous knowledge creation, critical thinking and radical open access, pushing the boundaries of publishing and academia. While there are various connections in the spirit and politics of these initiatives, there is also a diversity of organising practices and formats they are engaged in, which is something we would like to highlight and learn from. We asked each collective to answer the following questions, on roughly one page:

The task of ephemera, in turn, has been to bring them together, interconnecting these multiple voices.

In the anniversary forum, the collectives introduce what they do, articulating their political commitments and organising principles, whilst not shying away from the challenges and limitations of their work. ephemera has kept intact the writing style adopted by each collective, in line with the diversity of writing and publishing that is celebrated in this contribution. Together, they illuminate the politics and organisation of alternatives to mainstream publishing, giving a rich picture of what alternatives can look like. They also help us rethink what it means to be open (access), as reflected in the introduction to each of the forum’s three sections: ‘publishing independent journals’ (reflecting on ACME, Journal of Peer Production, and Radical Housing Journal), ‘publishing beyond academia’ (on degrowth.info, Undisciplined Environments and Uneven Earth), and ‘beyond publishing’ (discussing Chto Delat and Ecologia Politica Network).

The collectives brought together in the forum, as well as ephemera, are part of a struggle to challenge mainstream publishing, academia and, ultimately, the politics of knowledge creation and dissemination. We are a multiplicity, with various differences in formats, purposes and modes of organising. The aspiration for radical open access is something that is shared by us all, in a whole variety of ways.

Independent journals give open access to academic knowledge to anyone interested, and charge neither the readers nor the authors. Some practice openness in the review process, too, aiming to make it more transparent, collegial, or evaluated by voices beyond academia. The latter is part of a larger aspiration shared by all the collectives that have contributed to this forum – to create spaces for different voices and ways of knowing, making unheard voices more visible.

Those engaged in blog and media publishing are well-positioned to make this happen, publishing shorter texts, not constrained by the long processes of academic peer review and being able to engage swiftly with emerging debates. This mode of publishing fosters openness by trying to take away the academic jargon that surrounds so much of academic work, whilst keeping the substance of what is told.

Art and activism take this openness further, opening up radically new ways of knowledge creation, also beyond writing and publishing. When operating outside established institutions, like for the collectives that have contributed to this text, such initiatives can be a force that pushes academia and universities to engage with the issues most pressing to those involved in socio-ecological transformation from below.

While critical and open knowledge created by the collectives presented here immensely contributes to academic, activist and public discussions, much of this work remains unrecognised within the politics of academic publishing, where for-profit corporate actors dominate and largely act as rule-setters. Within this system, a clear priority is given to publications in academic journals, rather than all other modes of academic engagement. Furthermore, it is based on problematic metrics obsessed with quantification – rankings, citations, impact factor, quartiles – rather than the quality of knowledge creation and collegiality, unsurprisingly prioritising those journals that belong to corporate publishers. As a result, within many academic systems engagement or publishing in alternative spaces is hugely undervalued or simply does not count.

Huge budgets of public institutions are spent every year to keep funding and subsidising the current system, via subscriptions, budgets to make publications with corporate publishers open access etc., whilst there is very limited funding and support of alternatives to academic publishing. When putting forward requests for funding, a paradox emerges: libraries or universities do not see why such initiatives should be financially supported or subscribed to if these are open access already, or cannot justify this within the institutional frameworks they operate in. The already existing alternatives, thus, operate on very low budgets and face significant financial constraints that hinder their continuity.

Shifting publishing towards the goals of open access and knowledge creation for the public good certainly requires going away from supporting the for-profit corporate publishing system, and making alternatives like those presented in this forum recognised, visible, and supported. There is definitely a role for established universities and libraries to play here. This would include cherishing the whole multiplicity of work happening within and beyond publishing and academia, which has been so crucial in showing what it means to be open (access). This contribution has highlighted some of the already existing alternatives, pointing to how academia and knowledge creation can look like. Those of us involved in alternatives to mainstream publishing, in turn, need to think of ways to join forces and act collectively so that initiatives like ours could flourish and multiply.

the authors (alternatives to mainstream publishing)

ACME: An International Journal of Critical Geogprahies is an international journal for critical, interdisciplinary analyses of the social, the spatial, the ecological, and the political, published since 2002. Email: acmegeography@gmail.com

Chto Delat [What is to be Done] is an artistic, educational and research collective that addresses the post-socialist condition. Since 2003-2004, it brings together artists, critics and philosophers from St. Petersburg, Moscow, and Nizhny Novgorod. The entry was written by Dmitry Vilensky and Alexei Penzin. Email: info@chtodelat.org

Ecologia Politica Network consists of autonomous collectives from Italy and has been active since 2019. It deals with climate justice from an intersectional approach, trying to consider the ensemble of inequalities involved in our society. The entry was written by Giulia Arrighetti and Federico Scirchio. Email: ecologiapoliticamilano@gmail.com

ephemera: theory and politics in organization is an independent open access journal focused on theory and politics in organisation, published since 2001. It provides its content free of charge, and charges its readers only with free thought. The entry was curated by Ekaterina Chertkovskaya, who then received helpful feedback from Bernadette Loacker and Santiago Gorostiza. Email: editors@ephemerajournal.org

Journal of Peer Production explores the relationship between peer production and social change, and has been published since 2011. Email: jopp-editorial@lists.ourproject.org

Radical Housing Journal is an open access, free online publication and collective that seeks to push the boundaries of how we think about housing, understanding it as a practice in the making, a space of contestation, and as a politics in and of itself, published since 2016. Email: collective@radicalhousingjournal.org

Undisciplined Environments is a blog about political ecology created in 2014, aimed to contribute to socio-ecological struggles, primarily by rendering rigorous and critically engaged research available to non-academic audiences, including socioenvironmental movements. Email: undisciplinedenvironments@gmail.com

Uneven Earth is a collectively-run web platform, focusing on ecological politics. Started in 2015, it has sought to publish accessible narratives on today’s struggles, and has pushed forward public conversations and an advanced understanding in political ecology, environmental justice, and much more. Email: info@unevenearth.org

** The full version of this forum can be found here:  http://www.ephemerajournal.org/contribution/alternatives-mainstream-publishing-within-and-beyond-academia.

The 20th anniversary issue of ephemera on “Pasts, presents and futures of critical publishing”, can be found here: http://www.ephemerajournal.org/issue/pasts-presents-and-futures-critical-publishing.

The editorial from the ephemera collective can be found here: http://www.ephemerajournal.org/contribution/pasts-presents-and-futures-critical-publishing. 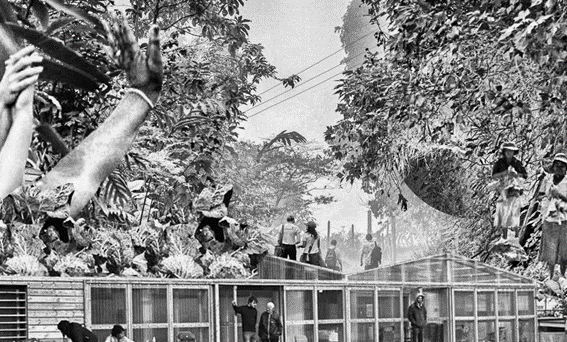