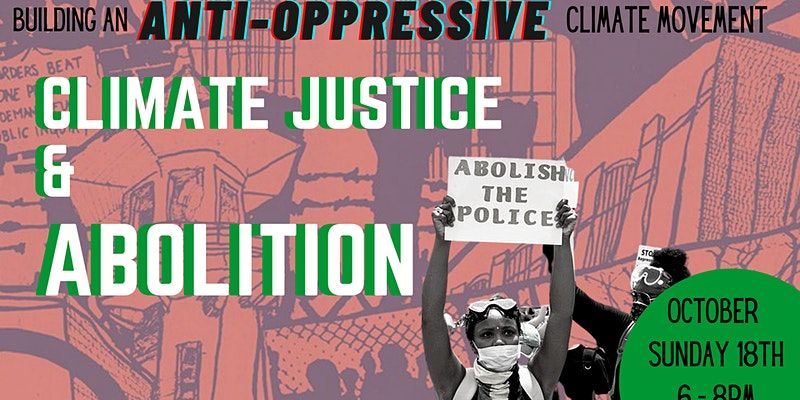 Policing pushes extractive frontiers, facilitates extractive projects and the expansion of ‘green’ capitalism, and upholds the right to kill and exploit nonhuman animals. As activists and scholars, we need to embrace abolition of policing in our fight for environmental justice.

Environmental justice (EJ) is a central concept to much community organising against destructive extractive and infrastructure projects and polluting industries. In recent years, abolitionist campaigns that seek to reduce or eliminate policing and related institutions and practices have become an increasingly prominent aspect of many of these EJ struggles. However, whilst the connection between policing and environmental injustice is significant, it might not be immediately clear to everyone.

The ‘Environmental Justice Atlas’ now documents 3,455 EJ conflicts globally, including struggles over industrial agriculture, dams, mining, infrastructure projects, deforestation, biomass, and much more. Many of these conflicts are violently policed by state militaries and police forces and private security services and militias, who help protect and enable ecologically disastrous initiatives that threaten to disrupt livelihoods, destroy local ecologies and forcefully displace people from their homes. Consequently, EJ activists have often critiqued the ways resistance against these ecologically harmful projects are policed and repressed. Examining the role of policing within these conflicts helps to clarify relationships between policing and environmental injustice on one hand, and, on the other, calls for abolition of policing as a necessary aspect of achieving just outcomes in the context of resource struggles.

Radical scholar-activists like Ruth Wilson Gilmore, Rose Braz & Craig Gilmore, David Naguib Pellow, and Nick Heynen & Megan Ybarra and others working in geography and political ecology have been effective in highlighting the varied ways policing, prisons, racism and pollution are intimately entangled and mutually constituted. But despite this and Tracy Perkins’ work showing that the radical origins of EJ lie in the Black civil rights movements and the Black Panther Party – championed by Black people, Latinx, Indigenous peoples, and Asian Americans – mainstream EJ scholarship has not yet developed a coherent critique of policing’s central role in enforcing environmental injustice. 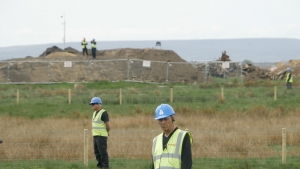 Why Abolition of policing?

But why call for abolition of policing in the first place, instead of calling for land rights, tighter environmental regulations and/or more fair distribution of resources globally? Green criminologists highlight the fact that the most ecologically harmful acts are often totally legal, with diverse social-environmental harms seldom even being acknowledged, let alone explicitly criminalised. We must therefore take care to avoid confusing ‘legality’ with ‘legitimacy’, and need to think beyond the limits of received wisdom. The reality is that all over the world, policing functions to uphold an unjust social ecological order, within and beyond legalistic frameworks.

In a recent critique of the Western-centric focus of much mainstream EJ scholarship, Lina Álvarez and Brendan Coolsaet argue that while most empirical EJ work is being carried out in the global South, conceptual EJ work continues to be dominated by Western academia and defined through Western ways of thinking. Much EJ scholarship focuses on a more equal distribution of harms, rather than challenging the underlying systems of exploitation these harms rest upon – in other words, extractive capitalism and enduring forms of colonialism. EJ therefore reproduces Western ideals of modernity and state-centrism, making a fundamental critique of policing difficult. 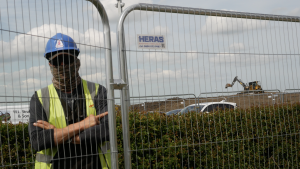 But this critique is vital, because policing is essential to state power, structuring human and human-nature relationships – and is integral to the enforcement of environmentally unjust developments that harm nature and society. Contemporary policing has its  roots in colonialism, and today helps enforce a neo-colonial social order rooted in the ‘securing’ of property, maintenance of hierarchies that reinforce and deepen social and economic inequalities, and justify the exploitation of people and nature globally. EJ must therefore challenge the assumed necessity of policing, overcome the myth that states are “arbiters of justice”, and work to create social conditions in which policing is unnecessary. This will help open space to challenge other related dominant but harmful principles, like the need for endless economic growth. In short, policing drives EJ in multiple ways.

By protecting operations such as mining, industrial agriculture, dams and roadbuilding, among others against popular resistance and uprising they are enabling the harm they cause. Police forces, private security services, militaries and other state structures collaborate by sharing intelligence, maintaining close communication, and cooperating on-the-ground. Policing involves gendered and racialised violence and repression, undercover infiltration, psychological operations, and counterinsurgency tactics. The dirtiest work is often outsourced to private bodies such as the misleadingly named “National Eviction Team”.

Policing is integral to the expansion of ‘green’ capitalism.

The enforcement of ecologically and socially unjust projects is often under the guise of sustainability, or ‘greenwashing’. This involves the militarisation and securitisation of conservation efforts abroad, or “war, by conservation”. For example, the British military is involved in training armed ‘eco-guards’ and militaries involved in anti-poaching activities in different places across the world. Policing also involves the facilitation of ‘renewable’ energy or transport projects that entail green grabbing and dispossession. Examples are plenty – from biodiversity offsets for mining projects that Amber Huff and Yvonne Orengo have documented, the displacement of indigenous communities for solar and wind power projects in Honduras or Mexico, to the destruction of ancient woodlands for the UK’s high-speed railway project. Enclosure, exclusion, encroachment and entrenchment of inequalities is integral to many climate change mitigation projects, as Benjamin Sovacool has shown. It is exacerbated by the new boom in ‘green mining’, such as lithium for e-mobility, or rare earth minerals for renewable energy technologies. These projects would not be possible without repressive policing.

Policing is key to enforcing the hierarchical order that designates nonhumans as property that is to be exploited and used. The harsh policing of those who attempt to stop this killing – such as animal liberation activists and hunt saboteurs – speaks to this point. Even where legal protections do exist, police side with the powerful. A recent report by Jackie Cox and Pip Donovan on behalf of Action Against Foxhunting found that reports of illegal fox-hunting are frequently ignored by police forces in England, who consistently fail to bring charges against hunters despite being presented with irrefutable evidence. In winter 2020 a leaked Hunting Office webinar, attended by members of the hunt community, a Conservative peer, and an ex-police Inspector revealed the close connections between hunts and police, and how “smokescreens” are created to allow them to hunt illegally. 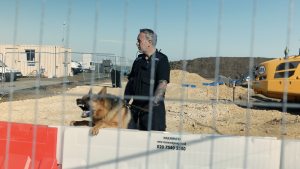 Underlying the policing of environmental injustice, is the enforcement of a hierarchical social-ecological order. We thus call to challenge not just the policing of specific destructive projects, but an end to that hierarchical social-ecological order that relies on policing, the human-nature separation, the defence of property, and the state. Abolition of policing challenges the carceral logic that underpins environmental injustice. In making alliances with abolitionist struggles, and in explicitly working towards abolitionist goals, EJ scholars and activists alike can help to address the pernicious yet vital role that policing plays in upholding environmental and climate injustice globally, and all the harmful hierarchies there within.

Abolition should ultimately not just challenge these hierarchies but be a productive process itself; it should focus on creating and building alternatives as opposed to simply removing carceral institutions, Angela Davis has argued. An abolitionist society, a post or non-carceral society is “neither formed nor known” – but many lessons can be learnt from the past, and from ongoing experiments of transformative or restorative justice approaches, indigenous approaches to justice, direct accountability, and community-controlled approaches to dealing with environmental and social harm.

For some, abolition of policing might feel too drastic a response, or an impossibly idealistic goal, but as Murray Bookchin said “If we don’t do the impossible, we shall be faced with the unthinkable!”. We must move beyond the aim of redistributing harms and resources, towards challenging the very logics underpinning this ecocidal social order and the apocalyptic ecological trajectory we find ourselves on, to which policing is centrally important. Environmental justice therefore necessitates abolition of policing.

* A first version of this piece was first published by the Institute for Development Studies (IDS) blog on 5 November 2021.  A longer version essay is found in the IDS Bulletin.

Andrea Brock is a political ecologist/economist at the University of Sussex, UK. She researches the repression, policing, and co-optation of environmental defenders, and how corporations and states manage resistance and engineer consent.

Nathan Stephens Griffin is a senior lecturer at Northumbria University, UK. He works across the disciplines of sociology, criminology, and critical animal studies, most recently on state/corporate repression of social movements, particularly the undercover policing of ecological protest.