‘Ecofascism’ is insufficient to capture the connection between the far right and ecological thought. In order to better grasp the elusive engagement of contemporary far right with the environment today, we must take the theoretical debate further by introducing ‘Far right ecologism’ (FRE).

This post is the first in the series “Political Ecologies of the Far Right”, which examines far right engagements with the environment from multiple perspectives. Both the series and its title stem from the interdisciplinary academic-activist conference organized by the Human Ecology Division at Lund University in collaboration with The Zetkin Collective and CEFORCED at Chalmers University, and aim at continuing the discussions started there.

Over the last year, the term ‘eco-fascism’ has (re)captured the interest of various political commentators, scholars, and the public in general. The usual storyline explaining this intriguing revival is rooted in the belief, particularly popular among critics in the United States, that white nationalists have somehow discovered and ‘embraced’ environmentalism. This alarmist outlook popular in contemporary antifascist movements is certainly not unwarranted: the terrorist attack in Christchurch and the radical right’s increasing engagement with the natural environment caution us to be careful when dealing with such potentially incendiary topics.

However, the far right engagement with the natural environment has a long history, perhaps as long as the ecological thought itself. That a seemingly benign and inclusive ideology such as ecologism can serve as a rationale for murder and the expulsion of perceived outsiders is certainly an issue worthy of further scrutiny. Even if making such logical links does not necessarily generate atrocious outcomes (it is questionable whether this was even the case in Christchurch or El Paso), environmental issues are susceptible to various discursive and ideological assemblages. Given their relevance nowadays, radical right movements and even parties have been increasingly vocal about the environment, and it wouldn’t be a surprise to see the far right modeling as ‘environmentalist’.

However, calling this intersection of far right and ecological thought ‘ecofascist’ misses the point, since the term is poised with an “unacceptable loss of precision”. Ecofascism is interchangeably used to denote the radical right’s affinity towards the natural environment and at the same time, its neo-Malthusian disbelief in society’s capacity to avoid overpopulation. Hence, ecofascism becomes conceptually envisaged either as a form of national anarchism – “the right-wing hippies”—or an authoritarian state with a very distinguishable hierarchy. Given that ecofascism as a concept rests on a naturalistic myth of nature-nation nexus, it excludes those anthropocentric (far right) actors envisaging nature as a ‘God-given gift’ to human beings. Thus, ecofascism is hardly present in such crude forms today, without a potential to permeate or affect environmental politics and discourse substantially.

On the other hand, the contemporary far right is much more elusive, going beyond the mystical, “Blood and soil” holism of ecofascists. Therefore, it would be simply incorrect to imply that the neo-Malthusian and ecocentric vision (whichever definition of ecofascism one goes with), is shared by the majority of the far right proponents and supporters. Simultaneously, some far right discourse on the environment is much closer to conservative ecologism than the idea of a corporatist Behemoth which should somehow address the danger of an ecologically wrought doom. Similarly, the far right borrows the populist demarcation between the ‘good people’ and the corrupt elites, which can be skewed as a call for environmental justice. Simply labeling all these instances ‘eco-fascist’ does not assist our understanding of the far right’s ideological vision of the environment.

But why would that be a problem? Isn’t there always a merit in calling things as they are? Following that logic, the far right really evokes these long-lost, yet eternal “ur-type” elements in reconstructing the imagined nation. And again, shouldn’t journalists, activists, and academics jointly warn against potentially recurring patterns of history? The reality is, even if contemporary issues point resemblance to historical phenomena, that history does not simply repeat itself.

Eco-fascism does exist today—it might be an idea alive in the minds of potential extremists and terrorists—but it does not encapsulate all the instances in which the far right discursively engages with the natural environment. Therefore, it is necessary to include a broader notion, that of a Far Right Ecologism (FRE), which builds on the eco-fascist vision, but also expands it by incorporating distinguishable elements from other right-wing ideologies.

An essentially nationalist call for autarky present in far right ideology around the world is visible in FRE’s commitment to self-sufficiency in energy production. Sometimes, this goes hand-in-hand with calls for ‘green’ energy and coal-phaseout, but it can also be ‘pro-coal’ if that is in accordance with the perceived ‘national interest’ (Poland is a case in point). Moreover, the role of religion and the spiritual element of far right ideology in the environmental domain should also be taken into account. From the abovementioned calls for stewardship of nature as a living inheritance, the more extreme right tends to follow the neo-paganic and more ecocentric visions of nature (and the nation). This mysticism prefigures a distinguishable, decentralized conception of authority, which is in stern opposition to calls for an eco-dictatorship. Similarly, the nostalgic sentiment—the call for “rebirth” of long-lost ruralism and traditional lifestyles—present in the fascist ideology can be contradictory to the futuristic outlooks of contemporary accelerationists.

Of course, eco-fascism and FRE are not entirely separable. The far right indeed departs from the vision of unity between human beings and the nation: this goes beyond simplistic portrayals about place-based identity and its importance. It seeps into feelings of belonging and rootedness, the holistic idea that each species has its own, unique, and befitting piece of Earth, and as such builds onto the naturalist-organicist nexus. Therefore, the ideological morphology of FRE borrows its core concepts from ecofascism: the naturalist-organicist understanding of nature and nation as one and indivisible, prioritizing the national ecosystem and ‘natural boundaries’ over abstract globalist environmentalism. This partly explains the instances of far right climate skepticism (which is certainly not a rule). However, FRE also relies on a strong spiritual component and the Manichean vision of the good people, i.e. those who are nationals and who belong, from the out-group. It is situated between the conservative understanding of responsibility and the ‘love of home’, and the eco-nationalist call for protecting what is ‘in our boundaries’.

With all these conceptual inconsistencies emanating for rather eclectic ideological tenets of the far right, FRE has a potential to (re)orient future inquiries away from the eco-fascist alarmism vivid today. This is of paramount importance, not only for understanding what is the far right stance on the environment, but also in identifying the potential intersections and ‘weak’ points of ecologism. Given the salience of environmental issues and climate change in particular, it is difficult to think of a more suitable task.

Mr Balsa Lubarda is a Doctoral Fellow at CARR and a Doctoral candidate in Department of Environmental Sciences and Policy at the Central European University. See his profile here.

This post is based in the research article “Beyond Ecofascism? Far-Right Ecologism (FRE) as a Framework for Future Inquiries“, published in the journal Environmental Values. It was originally published in the blog of the Centre for the Analysis of the Radical Right. 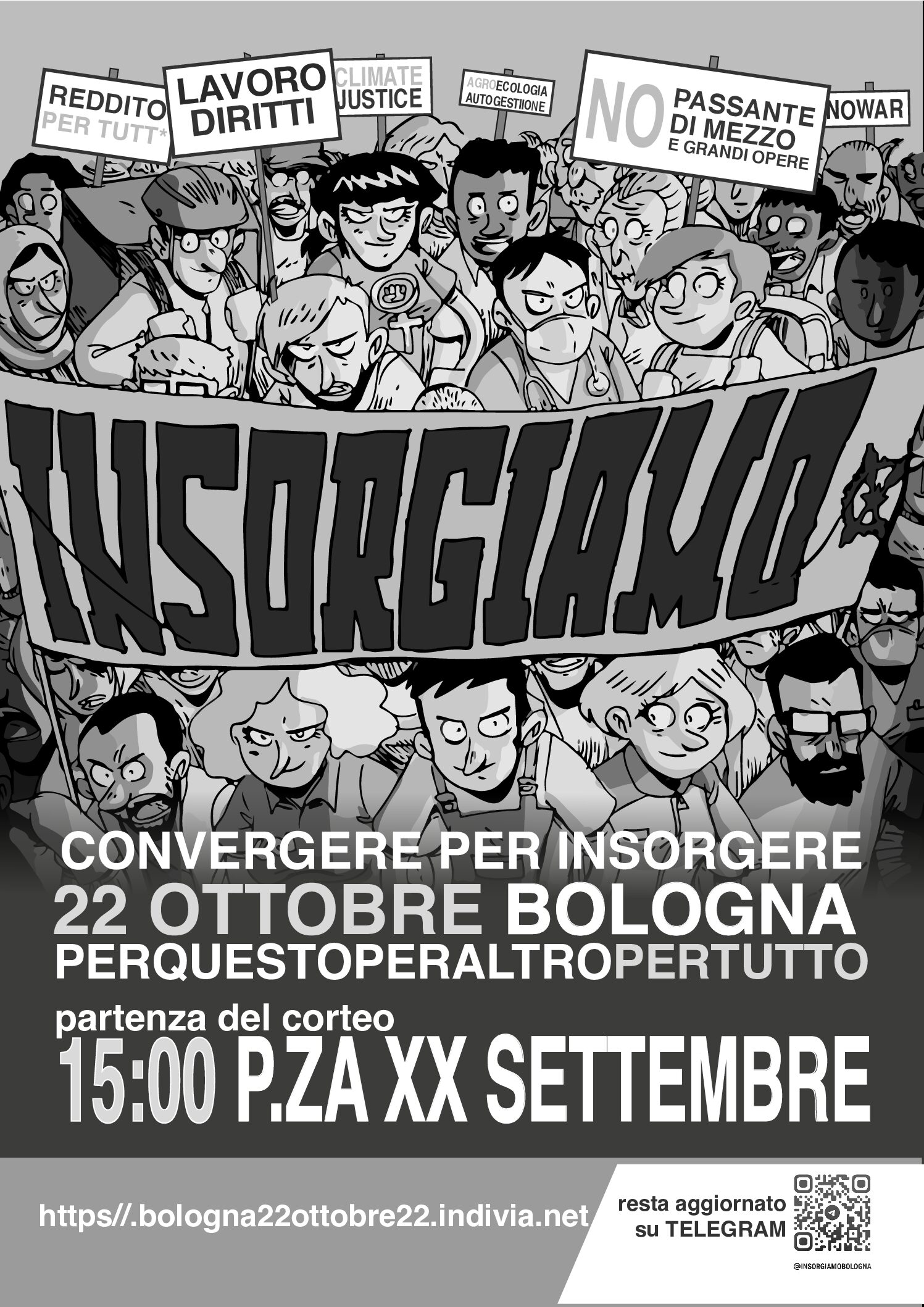