Using anarchist critique to unearth the ‘roots’ of authoritarian populism can offer a productive gateway for understanding the origins and continuation of socio-ecological and economic crises.

I argue that using anarchist critique to unearth the ‘roots’ of authoritarian populism, thinking about the term unconventionally – even abusing it – by going beyond ‘Thatcherism’ or the (neoliberal) political sphere in which Stuart Hall originally discussed the term can offer a productive gateway for understanding the origins and continuation of socio-ecological and economic crises.

Recognizing politics as social control means disposing of the political limitations – even euro-centrism – set by this framing of authoritarian populism. This allows us to recognize the legacies and trajectories of inherent authoritarianism and various populisms associated with colonial/statist governance in the past two centuries that are responsible for the current state of the world.

Radical critique informed by anarchism and political ecology allows us to interrogate intimate relations among government, capitalist production and the exercise of power. The way the term ‘radical’ is used here derives from the Latin radix, literally meaning ‘root’. This approach unearths underexplored ideas and uncomfortable, yet useful, understandings regarding the nature of governmental institutions, the manufacture of popular consent and the role of technology in transforming life and nature.

This is particularly true in ‘liberal democracies’ that constitute a global political economy dependent on spreading socio-ecological crises. We must ask questions about the roles of ostensibly ‘democratic’ institutions in the manufacturing of both political authority and consent and the means by which this is secured. In the end, are not all ‘modern’ governments rooted, to some degree, in authoritarian populism in a general sense?

In the past year, I have taken part in a number of international conferences, workshops and other events focusing on authoritarian populism, but it appears the debate has yet to fully engage the radical potential or roots of the concept. Contested electoral politics, political parties and strong-man regimes have taken center stage. The working groups, panels and ‘fish bowls’ have involved a great deal of talk about ‘the Left’ and ‘capitalism,’ but have been dominated by political party-centric and ‘mainstream’ social movement perspectives and concerns.

This has narrowed the range of debate by precluding a deeper exploration of the everyday and normalized forms of violence that Leftists, Social Democrats and everyday ‘citizens’ often take for granted. These are the accustomed forms of violence through which power is exercised and submission to the general trajectory of techno-capitalist progress is assured.

The generality of the revised notion of authoritarian populism that I propose provides a useful conceptual approach. It can open up neglected areas of debate to the normalized and popularly accepted practices of (colonial) bureaucracy, architecture, city planning and forms of political organization that are the ‘silent partners’ in social immiseration, ecological catastrophe and economic psychosis. These silent partnerships are central mechanisms to the present socio-political dynamics that underlie the everyday (popular) politics, and their slide toward an increasingly authoritarian and fascistic order.

Questioning the popularity of authoritarian (political) systems – which we can judge by peoples’ active support or passive acquiescence to them – as a starting point widens the scope of debate around authoritarian populism. This allows us to reflect on how the micro-politics of authoritarianism conditions everyday life and is reproduced across different domains – at home, at work, in the academy or on the streets. 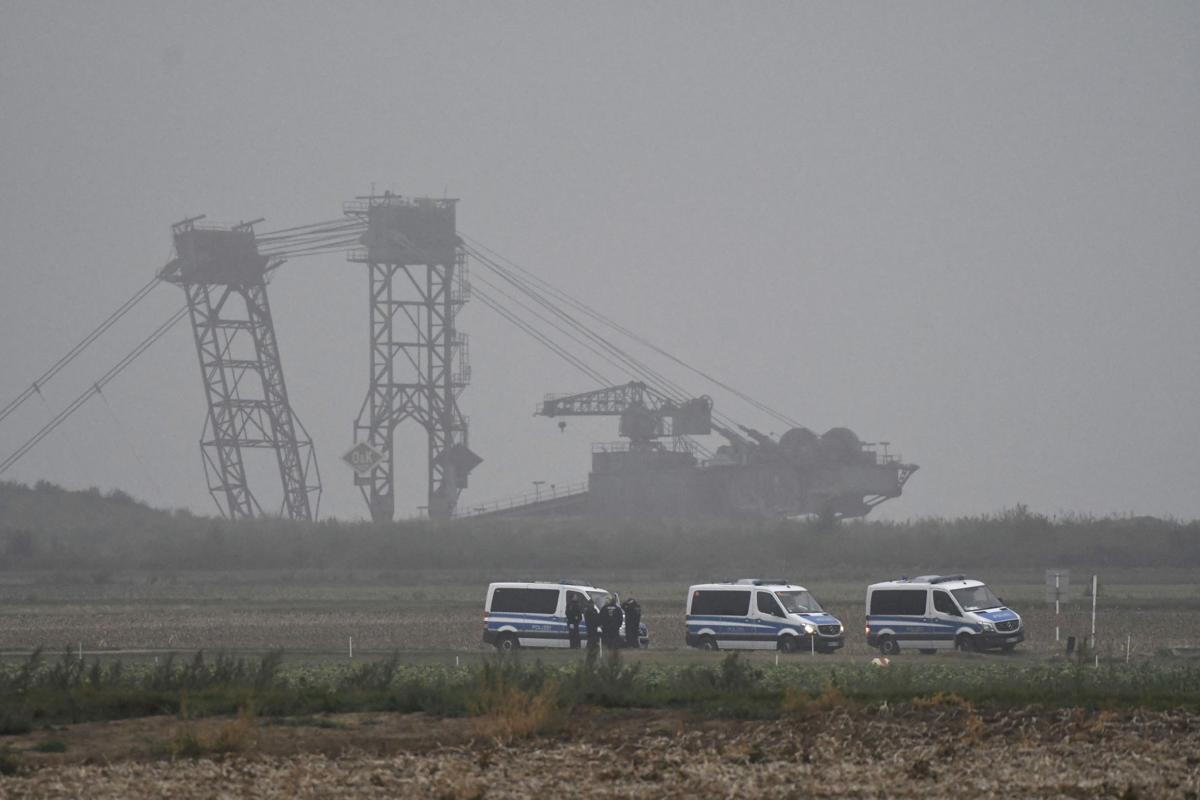 Getting to the roots of the apparent paradox of how authoritarian systems inspire popular consent calls for a deeper examination of government institutions themselves. Critically examining representative democracies – or the category of liberal democracy in general – is particularly important.

How are systemic violence and authoritarian forms of social control institutionalized in a ‘democracy’? How do institutions gain legitimacy and ‘consent’ from those who are governed? How are democratic institutions associated with the escalation or intensification of broader-scale political, economic and environmental crises?

Anarchist debates on domination, forms of organization and the political obsession with quantity (in protests or organizational membership for example) as opposed to quality of relationships and praxis can provide important intellectual tools for uprooting authoritarian populism and the conditions that created it. Unfortunately, these debates are often sidelined in academic circles.

We might begin by asking what would disqualify democracy as an authoritarian populist mode of governance. Presumably, forms of civic participation and electoral choice that allow people to self-identify with the governmental system, put faith in the regime elected and feel that they have a meaningful voice in governmental affairs. Yet, at the same time, participation and self-identification are the bases of building proto-fascist and nationalist movements that prop up authoritarian regimes.

The state has always served as a framework through which to control and exploit humans and natural resources for the advancement of techno-industrial capitalism. Taking a post-liberal approach, state building and ‘modernization’ have always required evolving forms of genocide, ecocide and slavery. These relations intensify and become more efficient under neoliberalism as labour and extraction are outsourced and civic infrastructure – schools, prisons, hospitals, ecosystems and security services – have become focal sites of capital accumulation.

It is from this perspective that continuity emerges in the globalized political economy: What is accomplished under the most maligned dictatorships – population management, systematic discrimination and exclusion/forced inclusion, human exploitation and ecological degradation – can be accomplished more efficiently in authoritarian (representative) democracy even if they are executed through different, more intelligent, political architectures.

In the context of neoliberal capitalist production, technological innovation accelerates natural resource exploitation. This generates demand for new types of extractivism (e.g. hydraulic fracturing) to feed production, growth and consumer culture, perpetuating a cycle of ecologically degrading consumption. At the same time, consumerism is the ultimate populist force – often equated with freedom itself – regimented and assured by dominant democratic institutions no matter the socio-ecological costs.

Social engineering and managing political perceptions is at the root of politics itself. As early as 1947, Edward Bernays, ‘the father of public relations’ openly argued that: ‘In a democracy’ political agendas ‘can be accomplished principally by the engineering of consent’. Information technology remains marginal in authoritarian populism conversations, despite the fact that it plays such an important role.

Political manipulation takes on multiple and intersecting forms as the ubiquity of the technological interface is used to target individuals, demographic groups and their prejudices. The whistleblower Christopher Wylie at Cambridge Analytica offers one stark and recent example of how harvesting social media data and deploying targeted public relations techniques are used to influence political perceptions and behaviors.

Digital surveillance, the speeds in which governmental and corporate messages can be personalized and distributed, and the general oversaturation of information and counter-information warrant serious consideration and active conversation as to how we will actively resist these in our daily lives.

Conclusion: Everything is on the table

Democracy, political parties and political systems themselves, as they relate to authoritarian populism and ecological destruction, need to be on the table for critical dissection. Mainstream social movements are important in the terrain of struggle against domination. But there are many people on the frontlines of anti-fascist struggle and environmental defense that view political parties, NGOs, and even mainstream social movements, as obstacles to emancipatory critique and praxis.

The hegemonic forms of organization and political praxis must be challenged, if we are to undermine authoritarian populism and the capitalism that forms its heart. Whatever form ‘emancipation’ might take, it must fundamentally involve ‘uprooting’ the micro-dynamics of authoritarian control that pervade daily life, which reproduce and organize lives centered on the advancement of techno-capitalist progress and environmental destruction.

All uprooting and emancipatory experiments – from direct democracy to developing anti-organizational alternatives based on informal coordination or ‘post-millennial networks’ – should be open for discussion.  In the struggle against authoritarian populism, everything is at stake, so everything – including democracy – should be open for debate, experimentation and practice.

A broadened notion of authoritarian populism is a useful concept for understanding the continuing (and adaptive) trajectory of political repression and ecological destruction, and we can agree that the avenues for investigating it are many. However, whichever avenue we take, we must not shy away from directly confronting the dark arts of population control that manufacture real or imagined popular consent for domination of humans and non-humans.

If we truly seek emancipation we must be willing to open up the debate, to confront not only the sensational monsters of our time but also the ways that authoritarian populism takes root within individuals and the institutional and technological infrastructures that surround us.

This is the fourth and last of a series of posts on Authoritarianism, populism and political ecology, co-organised by the STEPS Centre and the ENTITLE Collective.

Alexander Dunlop is a post-doctoral researcher at the Centre for Development and the Environment at The University of Oslo. @DrX_ADunlap.