Political ecology should take populism seriously, not only because of its authoritarian or regressive manifestations, but also for its transformative potential.

The rise of right-wing populism is intimately connected to the failure of what Marxist Feminist philosopher Nancy Fraser dubbed ‘progressive neoliberalism’. For Fraser, the Left should reject the false choice between the two, and build instead its own emancipatory populism.

I argue that this call is very much of relevance to political ecology. Despite an impressive collective effort aimed at denouncing the perverse socio-environmental outcomes of contemporary capitalism – and at documenting the injustices and conflicts it generates – political ecologists have dedicated comparatively little effort to reflecting on issues of counter-hegemonic political strategy.

So how can populism be an emancipatory strategy, and what are the pitfalls? A critical engagement with the notion of populism – particularly as elaborated by the Argentinian political theorist Ernesto Laclau – may help answer this question.

In his book On Populist Reason, Laclau defined populism as the process of constructing a collective identity out of shared social demands. When the demands of multiple social groups are frustrated, says Laclau, solidarity can emerge among them. In this way, a chain of shared ideological referents – or ‘signifiers’ – develops, around which a common identity – or a common understanding of ‘the people’ – is constructed.

At the same time, this leads to identifying a common source of frustration of the demands – a common ‘enemy’ of this collective subject – and to develop a broad antagonism between ‘the people’ and ‘those in power’.

Two aspects of this definition stand out. First, as Laclau defines it, populism is not a political programme, but refers to the form and process of articulation of a hegemonic project. In this sense, and contrary to how the term is used by mainstream media or liberal social science, populism doesn’t have any political colour. It may be used to promote reactionary as well as transformative political agendas.

Second – and this is the key point here – populism, as defined above, is necessary to the construction of counter-hegemony. As the title of one Laclau’s interventions reads, ‘constructing a people is the main task of radical politics’.

Constructing a common identity is important to political change because it allows transcending the particularistic moment in social and environmental struggles, and building a broader, counter-hegemonic bloc with transformative ambitions. Particularistic demands may be easily dismissed or repressed, and even when they are accepted by those in power, they reaffirm the necessity of a higher authority and neutralise the movement that brought them forward. As frustrated demands accumulate, however, they overflow the institutional order to which they are addressed, acquiring a subversive potential.

As Laclau explains, drawing on the example of the Bolshevik revolution:

The whole process of the Russian revolution started with three demands: ‘peace, bread, and land.’ To whom were these demands addressed? The more the equivalence expanded, the more clear it became that it was not just to the tsarist regime. Once we move beyond a certain point, what were requests within institutions became claims addressed to institutions, and at some stage they became claims against the institutional order. When this process has overflown the institutional apparatuses beyond a certain limit, we start having the people of populism.

What does it mean, then, for political ecology to be ‘populist’? I think it means fundamentally to approach cases of environmental mobilisation and conflict with a different set of questions in mind.

Rather than simply examine how and why certain groups mobilise, and what the outcomes of such mobilisations are, we could ask, for instance: How do these groups go about building solidarities with other ‘subaltern’ actors (and if not, why not)? How do they articulate particular class or material demands with broader ‘popular-democratic’ struggles? How does a common identity emerge out of such shared demands? And how is such an identity, implicitly or explicitly, pitted against a common ‘enemy’?

The questions above are fundamentally Gramscian ones: in other words, about subaltern struggle needing to transcend its particularistic, ‘economic-corporate’ moment, and develop into a struggle for hegemony.  Other analyses have gone in the same direction; for instance, the work of Abdulrazak Karriem on the Landless Rural Workers’ Movement (MST) in Brazil, or research by Rita Calvário on Euskal Herria and Greece.

So, why Laclau and not Gramsci? I’m aware that some political ecologists are strongly critical of Laclau’s (and Chantal Mouffe’s) ‘post-Marxist’ interpretation of hegemony, for displacing class from the centre of the analysis of political processes. I don’t disagree with this critique, but I think it is possible to analyse populism without renouncing the centrality of class and of social relations of (re)production. As Gillian Hart remarks, this is precisely what Laclau did in his early writings on populism – particularly, his 1977 essay ‘Towards a Theory of Populism’ (the last chapter of Politics and Ideology in Marxist Theory). 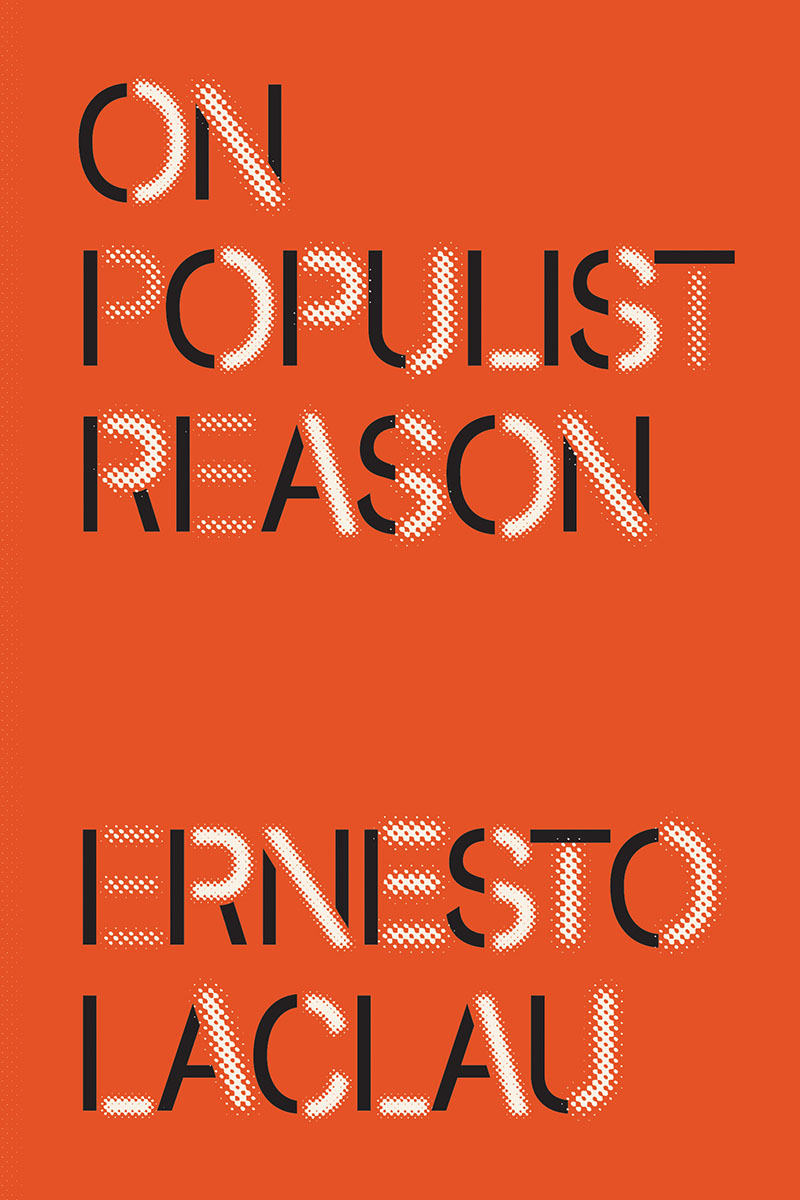 There are two important sets of considerations for the analysis of environmental movements through a lens of ‘emancipatory’ populism.  The first regards a movement’s political ambitions. Populism has to do with the form, not the content, of a hegemonic project. It follows that the emancipatory character of such a project depends on the political goals that are pursued through it.

Broadly speaking, emancipatory projects share a tendency towards what Erik Swyngedouw calls a ‘democratic-egalitarian’ horizon; despite their diverse dynamics, they all aspire to challenge “the scandal of actually existing instituted (post-)democracy in a world choreographed by oppression, exploitation and extraordinary inequalities”.

The second set of considerations regards the process of articulation itself. In emancipatory projects, the construction of a common identity which accompanies counter-hegemony tends to take place as a “bottom up” process. That is, to emerge from the subaltern groups themselves and their “organic” intellectuals, in political practices of mutual engagement and solidarity-building across popular sectors.

Constructing a people from ‘above’ – from a position of power within institutions or a mainstream political party – is a typical hallmark of authoritarian populism. Even when it might have a progressive character, as in the case of institutionalized Left parties (like Podemos in Spain or Syriza in Greece), attempts to construct a people from outside the movement can hardly have a transformative character.

In sum, emancipatory populism emerges out of a process of articulation of social or environmental demands which, through a process of bottom up articulation, overflows the existing institutional order and aspires to a profound social restructuring along the twin goals of democracy and equality.

Such a movement necessarily generates an antagonism towards the state itself. In other words, it is, at least potentially, a revolutionary rather than reformist horizon.  Therefore, there is no incompatibility, on principle, between such an understanding of emancipatory populism and other radical positions, including libertarian ones.

The “perils” of populism

In one of his last essays, Nicos Poulantzas warned that any counter-hegemonic political project – even if determined to ‘wither away’ the state – faces the ‘ever-present danger’ of reformism. This is inherent in the dynamics of hegemony, and heightened by the structure and temporality of electoral politics.

The electoralisation and institutionalisation of a counter-hegemonic movement, and its consequent reduction to a reformist project, is often associated with the tendency for populism to acquire authoritarian traits. Laclau himself recognised that, in the process of institutionalisation, the ideological referents of the subaltern may be appropriated by the ‘power bloc’ and turned into a mechanism for legitimising regressive politics or even popular repression.

These, however, are not problems of populism per se, but rather signal the contradictory character of counter-hegemony itself. Short of a full-scale revolution (which is an objectively unlikely outcome given the present conditions) counter-hegemonic movements are likely to fail in their most radical ambitions and aspirations. Nevertheless, building counter-hegemonic aspirations out of disconnected struggles (including environmental ones) remains absolutely necessary to counter the regressive tendencies of capitalist domination.

This is the third of a series of posts on Authoritarianism, populism and political ecology, co-organised by the STEPS Centre and the ENTITLE Collective. The ideas presented in this post are based on two recent articles on the political ecology of populism in Bolivia, published respectively in Antipode and in Annals of the Association of American Geographers. 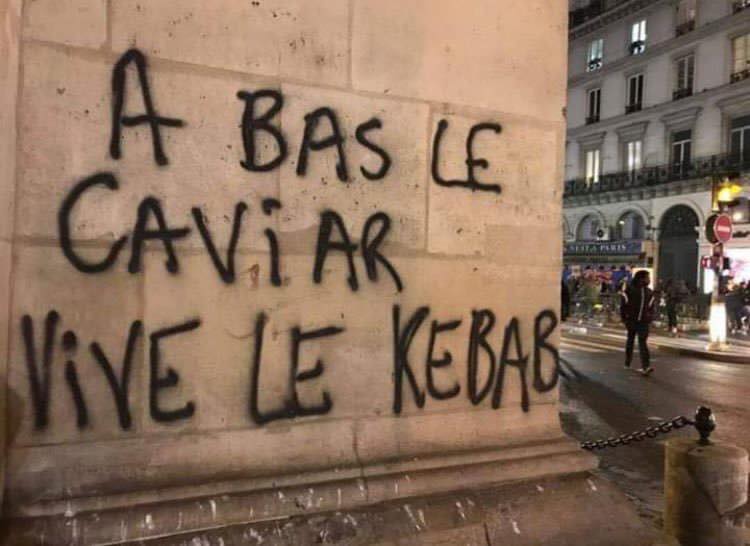 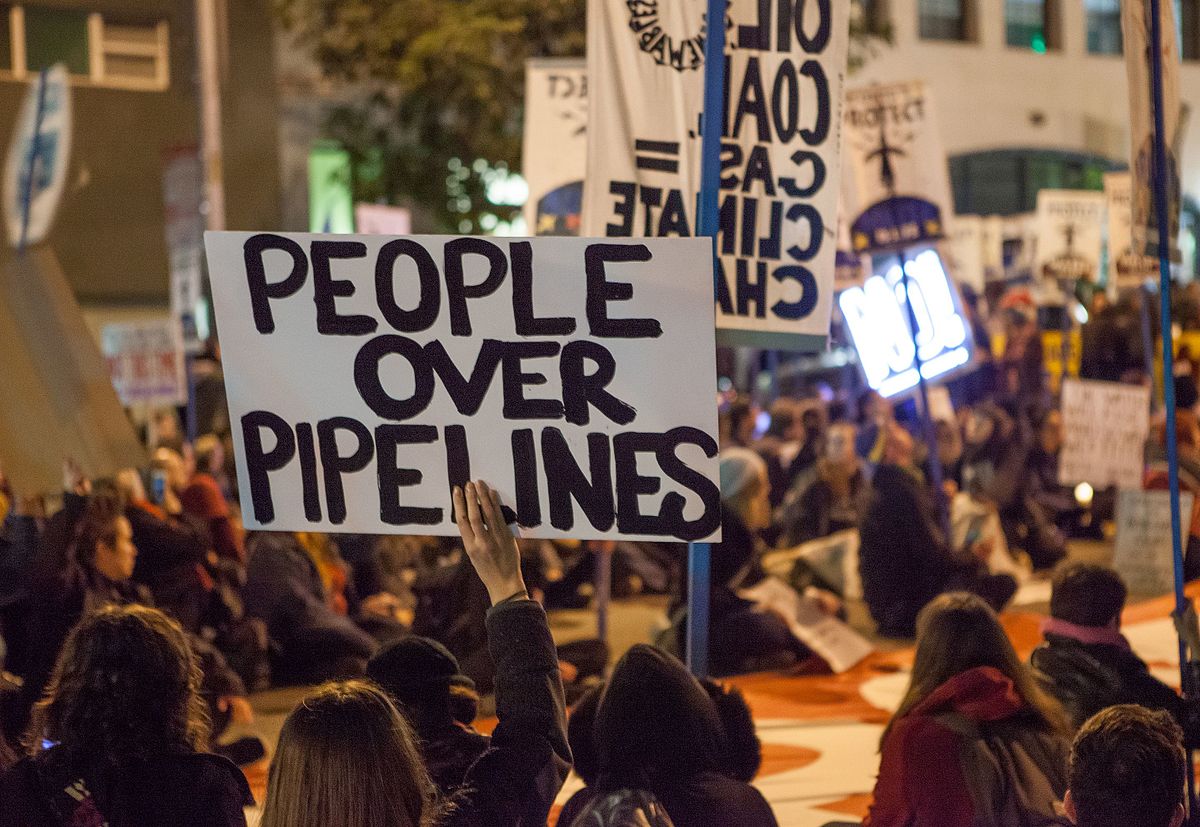