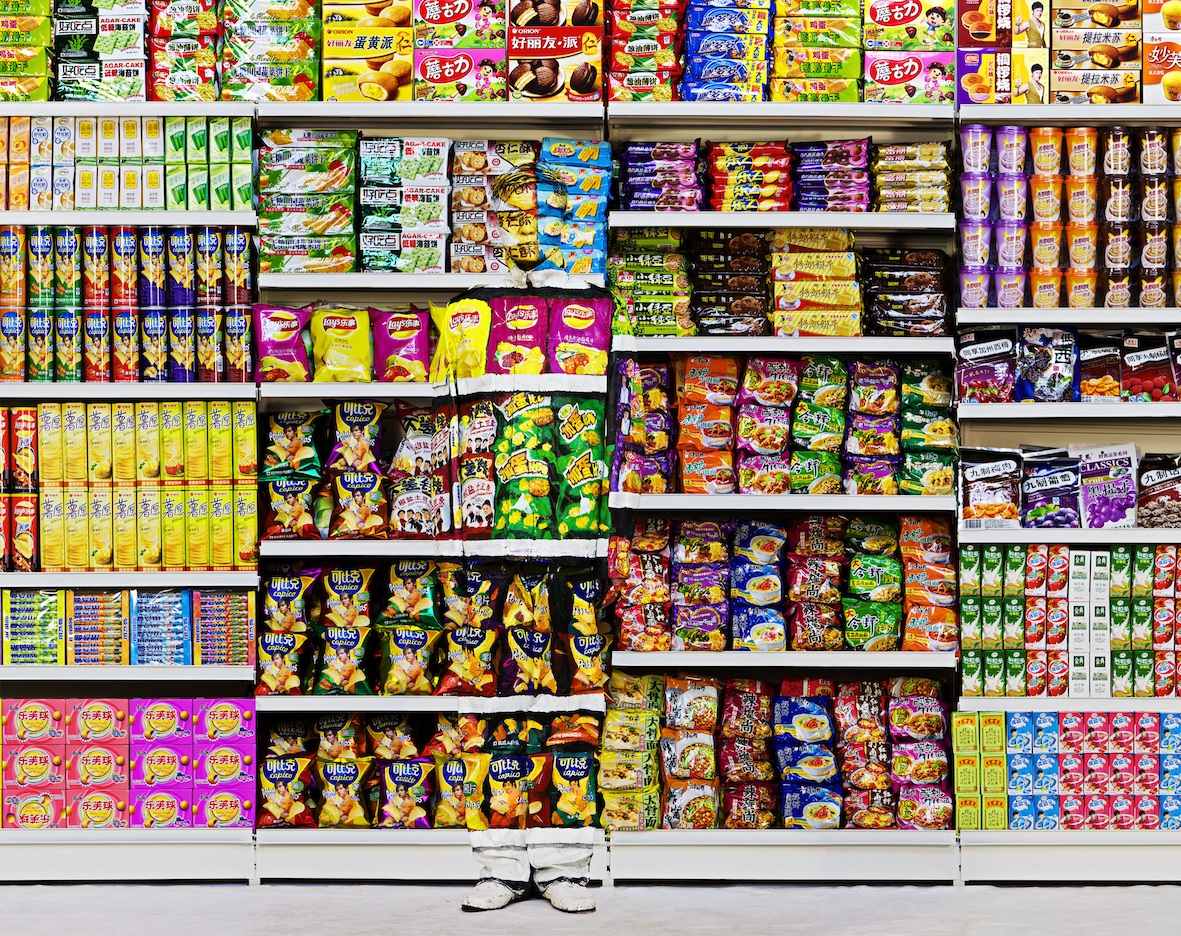 The conventional food system is increasingly failing to fulfill its basic goals: feeding people adequately and sustainably, and avoiding hunger. We need a governance paradigm shift towards the re-commoning of food.

In the dystopian film In Time (2011), the main character works literally to earn his life, as the monthly currency is time for living. Billionaires can live for thousands of years, practically becoming immortal, while poor people struggle to survive every day, many of them failing in the process. This science fiction film painstakingly resembles our real world. One key element of this time currency is commodified food.

Today, the purchasing power of an individual determines how much and which type of food he or she can access – or physically produce through his or her own private means – as almost every single piece of food on Earth is already a private good.

At the same time, food can also be considered as a global public good since it affects every human being, it cannot be governed by one single country and all individuals have a share in agricultural resources.

“Hiding in the City – Puffed Food” by the Chinese artist Liu Bolin, symbolizing the commodity fetishism of food. Source: artnet.com

Food as a public good vs. private good

The standard economic definition of a public good is anchored in features termed as non-rivalry and non-excludability. In political terms, however, excludability and rivalry are social constructions that can be modified by social arrangements. In other words, goods become private or public as a result of social relations and deliberate policy choices. Many societies have considered, and still consider, food to be a public good. The same happens with forests, fisheries, land and water. All of them are co-produced by nature and human beings.

As long as the replenishment rate outpaces the consumption rate, these resources are always available. Therefore, food can be considered a renewable resource with a never-ending stock, similar, for example, to air. The main features that traditionally have been assigned to food as a private good can thus be contested and conceived in a different way.

Indeed, food is by no means strictly a global public good. On the one hand, food is governed by public institutions in many aspects, for instance through regulations and subsidies, such as those offered by the European Common Agricultural Policy and the United States Farm Bill. On the other, food is provided by numerous customary and grassroots actions, like cooking recipes, farmers’ seed exchanges, consumer-producers cooperatives and community gardening.

Although these actions are largely conditioned by the larger market context in which they are embedded, they deal with food as a multi-dimensional resource and not a mere commodity. The multi-dimensionality of food encompasses food as an essential resource for humans, a cultural determinant, a binding human right, a wild natural resource and a tradeable good, far beyond the reduced mainstream view of food as an economic asset.

The commodification of food under the corporate-industrial food model is a social construct that makes the non-economic attributes of food invisible, retaining only its tradable features like durability, external beauty, standardisation. The value of food is no longer based on its many dimensions, such as fulfilling a basic human need, and providing security, health or cultural identity. Those multiple dimensions of food are superseded by its tradable features; hence, value and price are conflated.

There are several implications of treating food as a commodity. The driving objective of maximising profit influences where, what and when food is produced and consumed and who can produce and access it, with no moral considerations of any kind. For instance, the race for land and water grabbing for food production is taking place in vast areas of Africa and Latin America. An obesity epidemic is occurring due to the increased consumption of ultra-processed food. Genetically modified food and patented seeds are far from solving any global hunger problems.

However, the worst implication of commodified food is that human beings can only eat insofar they have money to buy food or the means to produce it. Some of those means are also private goods – e.g. land, agro-chemicals and irrigation water. Tools such as privatisation, legislation, excessive pricing or patents have created enclosures and played a role in limiting the access to food as a public good or a commons. The corporate-industrialised food system is operating mainly to accumulate under-priced food resources and maximise profits instead of maximising nutrition and health benefits for everyone.

The conventional food system is increasingly failing to fulfil its basic goals: feeding people adequately and sustainably, and avoiding hunger. The paradoxes are that a) half of those who grow 70% of the world’s food are hungry; b) food kills people, especially children; c) food is increasingly not for humans, but for biofuel production and livestock feeding; and d) 1/3 of global food production ends up in the garbage every year, an amount enough to feed 600 million hungry people. Hunger still prevails in a world of abundance, and obesity is becoming pandemic.

Mainstream narratives held that food security could be best achieved through the market. Reality has proven otherwise. It is evident that the private sector is not interested in people who do not have the money to pay for their services or goods, whether those are video-games or basic needs. If food security is a good thing for every human and cannot be provided exclusively by one state – the two features of the political definition of a global public good – then the private sector does not seem to be the best actor to provide that public good.

Food as a commons

The re-commoning of food is deemed as an essential paradigm shift for the transition towards a food system fairer to both producers and consumers. Following Elinor Ostrom’s polycentric governance idea, it is possible to envision a system based on hybrid institutional arrangements between public institutions, private producers and enterprises, and self-organised groups under self-negotiated rules.

This type of transition would require experimentation at multiple levels – personal, local, national, international, as well diverse approaches to governance – market-led, state-led and grassroots-led. This process of re-commoning will take several generations. Governments have a vital role to play in countering the tendency toward economic concentration, through genuine tax, credit and land reforms to re-distribute buying power toward the poor. Two examples of government fiscal incentives that may contribute to facilitate this transition are taxing meat to promote less consumption or overtaxing junk food.

Grassroots food actions, also known in the literature as alternative food networks, are crucial for this transition as they are built upon the socio-ecological practices of civic engagement, community and the celebration of local food. Nowadays, in different parts of the world, there are many initiatives that demonstrate that a right combination of grassroots action, government policies, and private sector entrepreneurship yield good results for producers, consumers and the environment.

People’s capacity for social innovation is an agency that can complement the regulatory mandate of the state and the demand-driven allocation by the private sector. Millions of people innovating have far more capacity to find adaptive and appropriate solutions than a few thousand scientists in the laboratories. Moreover, these innovative actions also contribute to the reconstruction of the social fabric that has been eroded by individualistic growth-oriented behaviour, as Michael Sandel explains so well.

Some practical consequences of this paradigm shift would be to maintain food out of trade agreements dealing with pure private goods (e.g. World Trade Organisation). Another would be the establishment of a system of governance compromised to fight hunger and guarantee the human right to food, for instance through adequate legal frameworks, universal basic food entitlements or food security floors.

All of these measures would be geared towards establishing universal food coverage; that is, a social scheme similar to universal health and education coverage, which were at very foundations of the welfare-state. If it was possible to propose health assistance and schools to everyone in the 19th century, why not universal food provision in the 21st century? Prof. Amartya Sen is already campaigning for that goal in India.

A fairer and more sustainable food system is possible, but we need to transit towards that goal with novel food narratives. I do not expect to see this change during my lifetime, but I hope my descendants may.

*Jose Luis Vivero Pol is an agricultural engineer, food commoner and PhD research fellow on food transitions at the University of Louvain (Belgium). His research seeks to understand the governance mechanisms of food systems transition.