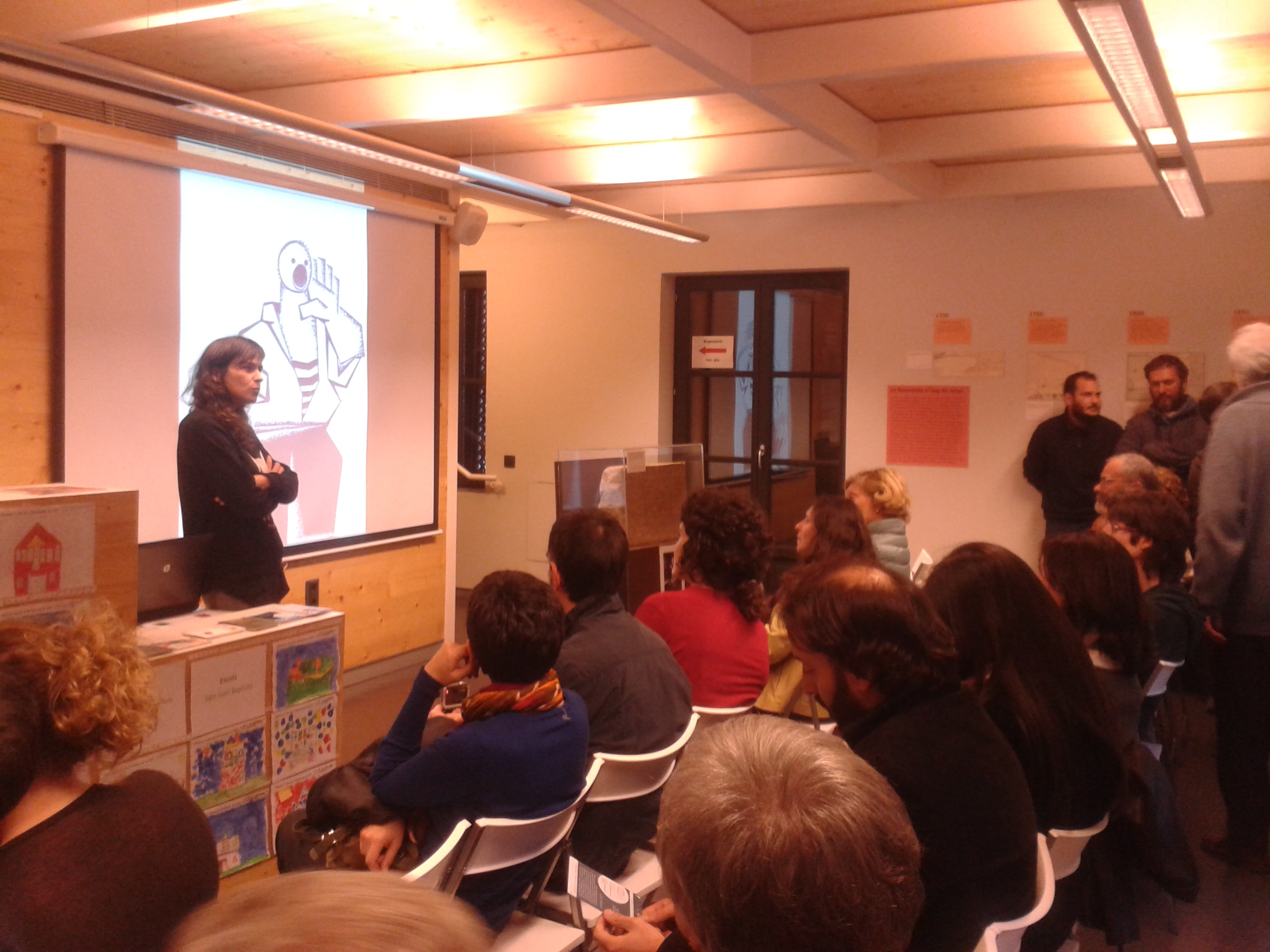 Barceloneta is one of the most charismatic neighbourhoods in the city of Barcelona. It has a powerful history of cooperatives run autonomously by their workers and inhabitants. The history of the neighbourhood—its name meaning ‘little Barcelona’—dates back to the 18th century. It was previously inhabited by fishermen and maintaining its strong relation with the sea. Nowadays, however, it is undergoing rapid transformation.

“A fishermen neighbourhood” is an expression currently used as one of the thousand slogans for the ‘exoticized tourist attractions’ of Barcelona. The city is now ranked sixth on the list of the world’s most powerful city brands. However, residents of the Barceloneta suffer from high rental prices, real estate speculation and loss of public spaces.

As tourists flock to the neighbourhood to be close to the beach, many residential buildings have been turned into hotels, hostels or luxury restaurants. Recently, the touristification suffered by the neighbourhood has caused protests that extended to the rest of the city.

In contrast to the growth of tourism, concentrated in certain parts of the city, throughout Barcelona there are each day new mortgage or rental evictions. Neighbourhood associations and organised social movements, such as the Platform for Mortgage Affected People (PAH), try to stop evictions. The Barceloneta gets its share from this trend as well.

Holding a different imaginary about the city and its residents, the municipality of Barcelona is kicking the inhabitants out of their public spaces. Port Vell, the main port in the city centre adjacent to the Barceloneta, is being redeveloped to attract more luxury yachts and related ‘necessary’ facilities. It will become Marina Port Vell—in essence, tourism for the rich.

In the context of these contested struggles for different socio-ecological futures, the Barceloneta Cooperative Memory Project establishes a link between the past and the present. The project is not only about historical reconstruction. It is also a powerful tool to strengthen current struggles against privatisation, gentrification and the dislocation of people from the urban commons they have long struggled to create.

The Project and the exhibition

The Project, carried out by the Grup de Recerca de la Memòria Cooperativa de la Barceloneta, aims to recover the history of several cooperatives in the Barceloneta that date back to the end of the 19th century. Based on archival research and interviews, it presents the stories and places of previous cooperatives in the neighborhood and shows their role on social life and daily struggles of local people.

As industrial development began in Catalonia, one of the major metallurgical firms of the region, La Maquinista Terrestre y Marítima, was established in Barceloneta in 1855. Many of their workers started living in the neighbourhood, where later in the century they got involved in the cooperative movement. Together with other neighbours, they contributed to a vibrant scene of new cooperatives and to an active working class movement.

The inauguration of the exhibition took place in April, 2014 in La Casa de Barceloneta, one of the neighbourhood’s oldest buildings whose architecture has been preserved. The building is now used for cultural activities. Archival research and the reconstruction of memories of the neighbourhood’s workers and residents were the main sources of information for the project. Its aim, however, is not the revitalisation of a nostalgic past.

The ‘Barceloneta Cooperative Memory Project’ aims to provide an alternative sociopolitical imaginary. Such an imaginary aims to counter the one that is currently promoted by the municipality of Barcelona, in accordance with the global neoliberal pursuit of profit.

All of these buildings were constructed collaboratively with the effort of workers and neighbours. They were managed autonomously by their members, with decisions taken in large assemblies. Self-managed cooperatives removed intermediaries and enabled a large amount of direct producer–consumer relations. This contributed significantly to the survival of many people that were living under very difficult social and economic circumstances.

The benefits shared among members of the cooperatives became a vital collective fund that was used in case of illnesses, accidents and deaths. These buildings were not only limited to function as shops for collaborative food consumption; they were also serving as social and cultural centres with educational and cultural uses. In other words, they served as critical spaces where the social and political structures of the neighbourhood were shaped collectively.

El Segle XX and the activist recovery of memory

The mobilisation of neighbourhood associations—especially AAVV L’Òstia—as well as the presence of the only present-day consumer cooperative of the neighbourhood—La Sardineta, providing agroecological products to the neighbours—make the struggle for another common future possible, by showing an alternative shared imaginary for Barceloneta.

They are not alone in the city. Initiatives like Can Batlló or La Ciutat Invisible cooperative library—which started historical research about cooperatives—are some examples of urban commons now spreading in Barcelona.

The Building of the Segle XX Cooperative

When a private entrepreneur was planning to transform the now abandoned building that housed the cooperative El Segle XX, the efforts of many activists and neighbours succeeded in stopping it from being transformed into a hostel. The struggle now continues to develop it for the common public use of the neighbourhood.

The activists and researchers argue that the Project aims to recover, preserve, share and re-activate the cooperative memory of the Barceloneta. And with it, its solidarity-based, working class tradition. However, struggles for urban commons and public spaces easily converge. The project becomes an important tool of the current struggle by reclaiming this historical space for broader collective use.

Much more than revitalising historical memory, the project establishes a “memory of the future”. It does so through protests reclaiming the building itself, organising cooperative memory routes in the neighbourhood and distributing questionnaires to inhabitants for the future use of the building.

For the activists, the practice of cooperation gives us a powerful tool to construct another shared future, decided by the people themselves. In the context of actual social, economic and political crisis, they powerfully claim—”El Segle XX és pel barri!”, “the Segle XX is for the neighborhood!”