Political Ecologies of Pesticides: An introduction

Food saving apps like “Karma” and “Too Good To Go” promise to reduce greenhouse gas emissions while providing affordable take-out meals – but what does the commodification of food saving really entail?

As a university student living in a country with high living costs such as Sweden, where even a conventional cucumber can cost you 2 Euros, you have to figure out how to get your hands on cheap or free food pretty quickly. For me, dumpster diving, as well as taking home the left-overs of the local student pub where I volunteer as a cook, does the trick. Friends unwilling to climb into dumpsters prefer food-saving apps like „Too Good To Go“ (TGTG) or „Karma“.

These apps promise a win-win-win-win situation: restaurants can make money off food they would normally have not been able to sell, customers get good food at a discount price, the apps take a percentage of the revenue, and lastly, food waste and its negative effects on the climate are reduced. 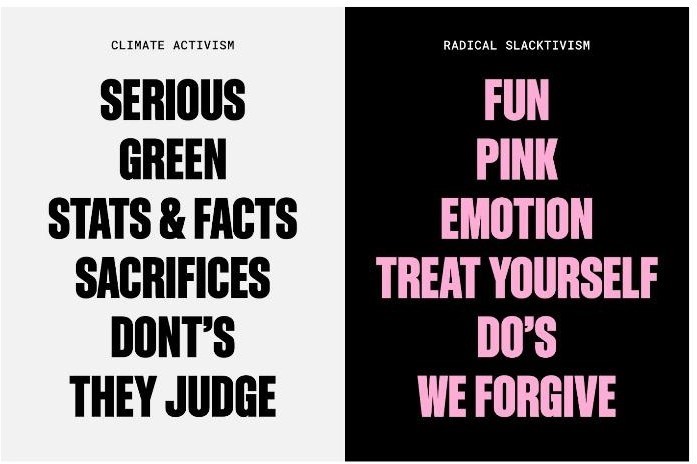 These apps never captured my interest – after all, I already have my bases covered, and really do not need another app to clutter my home screen and divert my attention. Yet that changed when a fellow climate activist drew my attention to Karma’s “radical slacktivist” marketing campaign.

The campaign accuses the climate movement of being judgemental and engaging in “doomsday storytelling”. Instead – they argued – by using Karma you can save the world in a fun way, simply by downloading an app and eating food: how cool is that?

Reducing food waste clearly is an important step in achieving climate goals: the Karma company itself mentions that food waste is responsible for 6% of global greenhouse emissions. But food waste is generated at every stage of the supply chain, from agricultural production to domestic consumption, and it is not entirely clear what share food waste from restaurants makes up. Karma suggesting that combating food waste in restaurants will “save the world” is therefore not only wrong, but also obscures the wider parts of the problem.

It may very well be that “Karma” is simply using this offensive campaign to generate controversy, hoping to achieve more publicity and recognition this way. However, the campaign’s message – just use our app, and don’t bother with the climate movement – reveals a deeper problem: Karma proposes a technological fix to food waste, and ultimately becomes invested in upholding the status quo in order to keep profiting off the overproduction of food. This eco-modernist narrative not only shifts the focus from systemic change (which the “judgmental” climate activists demand) to individual consumption under a “green growth” capitalism – it also appropriates the ideas of pleasure activism, which is an emerging strategy pioneered by black and brown peoples. Pleasure activism seeks to make the struggle for justice and liberation a pleasurable experience, and connecting through food is an important part of it.

The idea to work with businesses to prevent food waste is not new either, however until the emergence of apps like TGTG and Karma, this took place largely outside the capitalist system. Volunteers would pick up food from individuals, retailers and producers, and distribute it for free, or use it themselves. A platform for facilitating this, foodsharing.de, was founded in 2012, and nowadays is also organized through an app. However, by selling food that would otherwise end up in the trash, the for-profit apps have commodified food saving, assigning an exchange value to food that would have otherwise been considered waste.

Interestingly, it is the CEO of Karma, Hjalmar Ståhlberg Nordegren himself who has called into question the business model of its competitors, by criticizing them for incentivising overproduction. TGTG, which sells mystery bags that can be bought days in advance, has admitted to calling businesses informing that any left-overs they have at a specific time, would be very likely to sell via the app. This may very well tempt businesses to produce a surplus to be sold at discounted, but still profitable prices.

Karma meanwhile requires businesses to upload the exact products that they have left over, which they hope will allow them to devise an algorithm that can alert businesses ahead of time when they are likely to overproduce. By preventing surplus food from even being produced, the businesses will not have to sell it at a discount price, thereby improving their bottom line even more – in theory. In practise, businesses still stand to make a profit from selling discounted food, if at a lower profit margin: as long as they sell them for more than production cost and provided this doesn’t reduce the amount of food that is sold at a normal price. 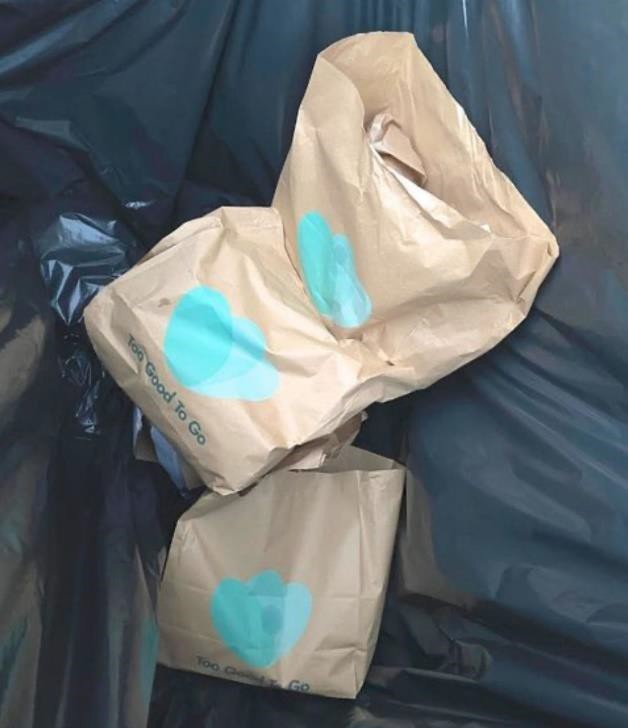 Too good to go bags in a supermarket dumpster. Source: @anurbanharvester on instagram.

This is the issue for supermarkets: buying discounted food from supermarkets will cause consumers to buy less food at a normal price. That is why supermarkets often put a cap on the amount of bags they sell via TGTG. For restaurants meanwhile, selling discounted food is likely to win them new customers, who would not have purchased products from them in the first place. Aside from selling food at full price to regular customers, they now have an additional revenue stream from eco-conscious and price-savvy customers that want to save money and/or help the environment.

Political Ecology teaches us to be wary of “win-win” narratives. While Karma and TGTG may make quality food available for people who would otherwise be unable to afford it, there are “losers” in this situation too: while these apps are commodifying food that would otherwise have been thrown away, they can also end up commodifying food that would have been recovered by non-profit food-saving organisations.

A friend of mine, who is active in our local food-saving community, confirmed that businesses are already declining cooperation with non-profit food-saving efforts on the grounds that they have already partnered with Karma or TGTG.

So what’s the bottom line? For-profit food saving apps are unable to fully tackle the problem of food waste of supermarkets, and are likely to merely establish an additional revenue stream for restaurants to broaden their customer base. While they may be able to establish partnerships with businesses that would be unwilling to give away their food to non-profit food saving, the for-profit apps also encroach on the already limited spaces that have been established around decommodified food. At the same time, dumpster diving remains on the verge of illegality. While the spots I frequent don’t engage in actions of deterrence such as locking gates or pouring chemicals on the food, more high-end expensive foods like vegan meat-substitutes sometimes have their packaging intentionally slashed to make them unattractive to dumpster divers.

Legalizing dumpster diving could be a start to make sure more food is diverted from the waste stream, but actually eliminating food waste will require far broader action. There is not only a need to reshape our collective consumption habits –for instance, not expecting all our apples to be without blemishes, and all our bananas without a single black spot?– but we also need to dismantle the economic system that incentivizes food overproduction and that maintains a highly unequal access to food and nutrition.

As long as food is treated as a commodity, it has a market value that is dissociated from its value of feeding people. This makes it more profitable for a supermarket to throw away food rather than give it away for free, and risk “losing” a paying customer; and to keep shelvesf fully stocked until the evening and throw out the excess, rather than risk running out of stock in the evening and having to turn away customers. Decommodifying food however will require a climate movement committed to naming the capitalist system as the culprit behind food waste – “radical slacktivism”, as suggested by Karma, is just not going to cut it.

Juliane Miller is interested in imagining better futures. She recently graduated from the Masters programme in Environmental Studies and Sustainability Science at Lund University, Sweden with a thesis on the contributions of German energy cooperatives to energy justice.