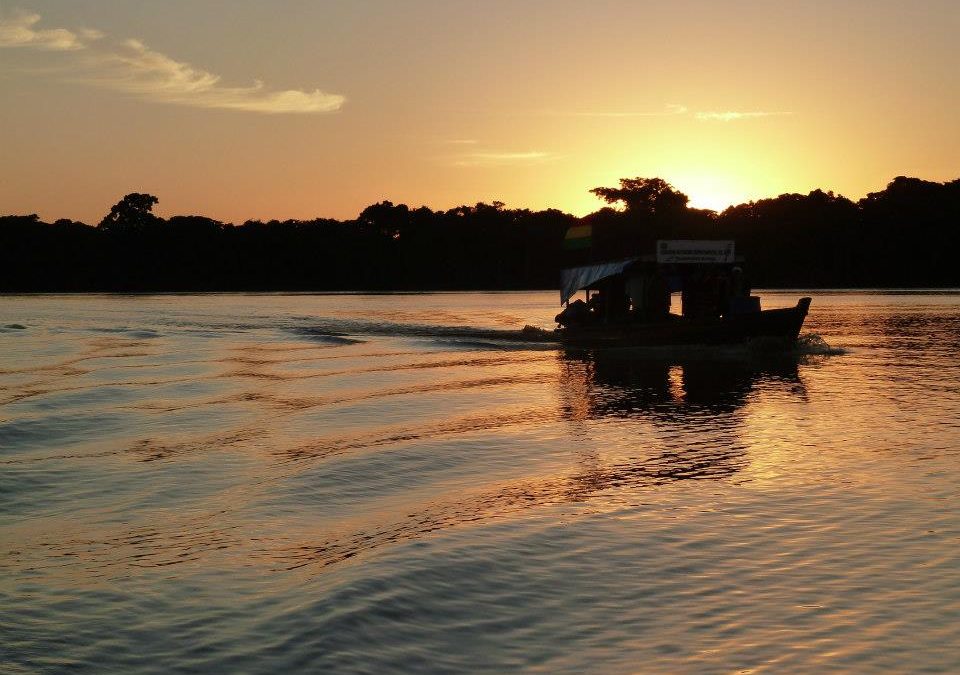 Attentiveness to political ecology sharpens our insight into how state-society-nature relationships are remade by new infrastructure, and reveals the ways that infrastructure enacts, supports and undermines different ways that people live with – and in – a place.

Exciting work in the social sciences explores how our built environment does more than provide shelter, electricity or flush away our waste and analyses how it co-produces social life – for example in communicating ideas about modernity and progress or in acting as a political intermediary. One strand of this work prompts us to explicitly link a city’s infrastructure to citizenship. Charlotte Lemanski’s analytical framework of ‘infrastructural citizenship’ foregrounds and explores how interactions with infrastructure overlap with everyday acts of citizenship.

In this blog, drawing from a recent paper in Environment and Planning E, I argue that we should extend this framework with political ecology to reveal the role of infrastructure in re-making socio-environmental worlds – outlined here in terms of how infrastructure changes people-place relationships, disciplines forms of territorial citizenship and limits people’s ability to protect and maintain these.

Bolivia is an important case study to investigate how natures are known, valued and treated. Since the election of President Evo Morales in 2005, indigenous social movement agendas have been incorporated into state policy. Though a much contested “process of change”, there have been significant commitments to recognising indigenous nations, territorial autonomy and plural knowledges.

With this political landscape, however, there is ongoing resource extraction and energy production. This relies heavily on fossil fuels and contributes to environmental degradation, for example indigenous territories and conservation areas are opened up for exploration and mining. Within a model of neo-extractive development, a priority of the Morales administration (2005–2019) was road building. The country ranks in the top six of Latin American countries investing into economic infrastructure – primarily transport infrastructure and primarily roads.

In 2011, the Bolivian government began building a new road from Villa Tunari to San Ignacio de Moxos to connect key regions of the country, secure market access for remote areas and access unexplored pools of natural gas. Funded by the Brazilian National Bank of Economic and Social Development (BNDES), contracted to Brazilian engineering and infrastructure conglomerate OAS, and linked to the Initiative for the Integration of the Regional Infrastructure of South America (IIRSA) (now South American Council for Infrastructure and Planning, COSIPLAN), this road fitted within a regional vision for better infrastructure across Latin America. Ambitious plans for new infrastructure are currently being advocated by bilateral development institutions and transnational capital as part of a global turn to infrastructure-led development and as a route to achieving the 2015 UN Sustainable Development Goals.

The 2011 road was routed through one of Bolivia’s first national parks, the TIPNIS, which is in one of the most biodiverse regions of the country. Since 1990, the park has been managed as a double-category park, meaning it is both a national park and indigenous territory. The road was used to promise better citizenship, better education, better healthcare and better livelihoods.

TIPNIS communities, however, opposed the road (initially as part of a 1000 person, 150 mile march to the seat of government), as it undermined and threatened their indigenous territorial rights, their rights to collectively determine the future of their territory, the ways their lives are imbricated with place and the ways they value and protect nature. TIPNIS protesters wanted development but forms of development that suited their territory – challenging an overly simplified development versus conservation binary.

The TIPNIS conflict is much cited as seminal for understanding Bolivia’s recent (and complex) politics of both pluri-nationalism and post-neoliberalism. It has been analysed in detail as illustrative of indigenous development agendas; in critique of the Morales’ administrations claims to socialism; as a result of historical land politics in lowland Bolivia; for how indigenous extractivism has been disciplined by an extractive imperative; as insightful for understanding Bolivia’s decolonial territorial politics; for entanglements with global development agendas; and as informed by the diverse and shifting political organisations within the territory. 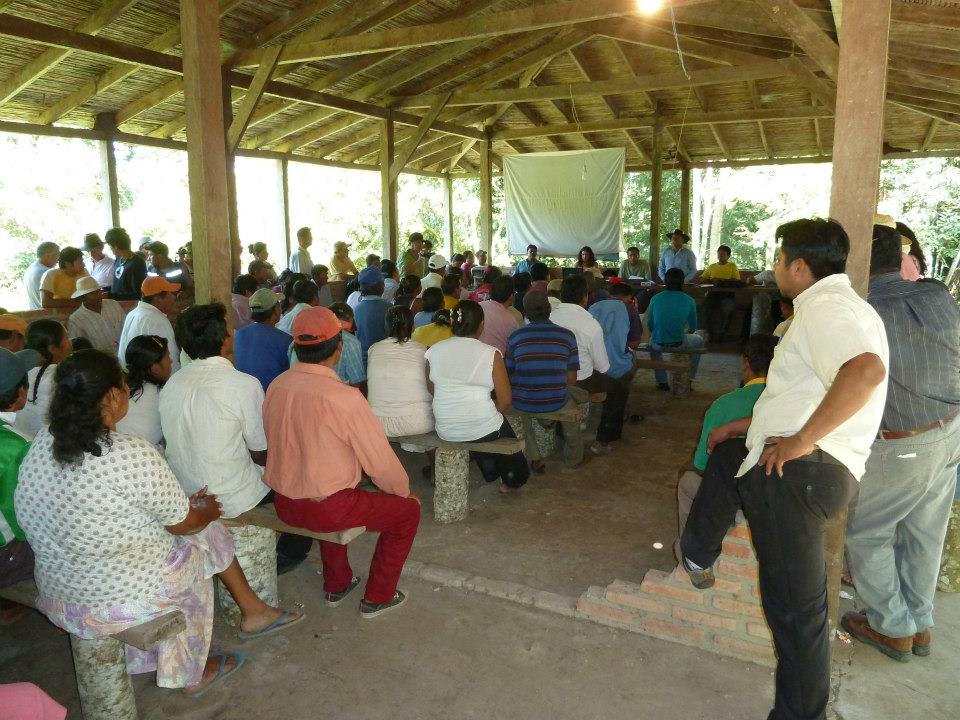 The ‘ecological’ element of the infrastructural ecological citizenship framework here prompts us to ask how claims for citizenship enrol place and territory. If we define citizenship as something claimed and practiced in everyday life, then in the TIPNIS conflict those opposing the road have claimed citizenship via territory. Citizenship was also claimed via the conservation policies that have guided how TIPNIS communities live within the park (in terms of farming, resource use and location), as well as how they have experienced their indigenous political rights. TIPNIS leaders argued that TIPNIS communities play a vital role in protecting the forest and its wildlife and have been the key force in opposing mining and extractive infrastructure in the park.

Geographer Ash Amin has analysed infrastructure as a political intermediary that shapes the rights to the city of those living in poverty, as well as directly influencing their capacity to claim those rights. I here examine the road infrastructure planned for the TIPNIS as a political intermediary but one that lessens the ability of TIPNIS communities to claim citizenship via territory.

First, a lack of easily accessible transport infrastructure in the TIPNIS worked to obscure the resistance politics within the territory. In 2012, it was clear that resistance within this part of the park had been strong and was continuing. In the national media, however, the government reported little opposition to the road, apart from a handful of troublemakers.

As the conflict has continued, restrictions on entering the park have increased. NGOs said in 2018 that it was near impossible to get into the territory. The argument here is not that transport infrastructure would necessarily aide the territorial politics of the TIPNIS. However, it does signal the need for methods that enable communities to better monitor and represent territorial politics, such as recent projects in Ecuador where indigenous communities have monitored oil spills with drones.

Second, an important dynamic of infrastructural ecological citizenship in the TIPNIS has been the denial of indigenous citizenship to those opposing the road. Most obviously, dissenting organisations and leaders have been replaced by pro-government versions, already documented elsewhere.

Third, early in the conflict the government made a number of visits to the TIPNIS to formalise and promote national citizenship. The benefits of connected, national citizenship was promoted via the road building project, through promises of improved development and inclusion and with ‘gifts’ of TVs and outboard motors. These ‘gifts’ helped complicate the unified position of the TIPNIS communities (in opposition to the central government) and the territorial politics of the TIPNIS subsequently became greatly complicated.

In these ways, the road building project acts as a political intermediary that lessens the ability of TIPNIS communities to speak for themselves to claim citizenship via territory. The material and political nature of society-nature relationships are challenged and undone by the road. This example also reveals the particular difficulties of protecting and campaigning for rural geographies and remote lives. 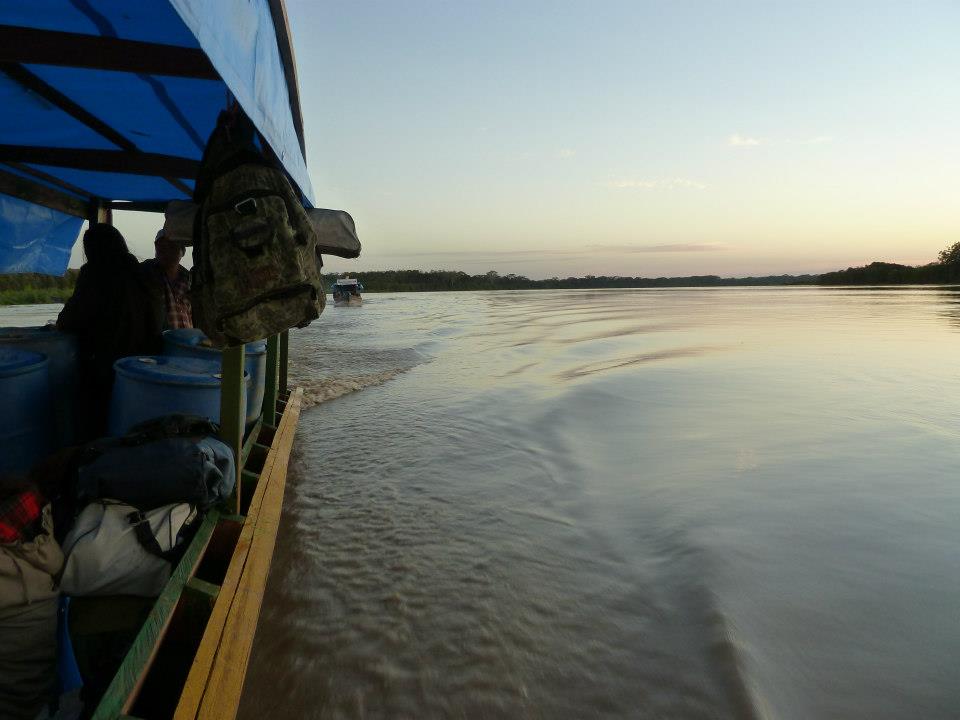 Infrastructural ecological citizenship as beyond the state

Despite the majority of engagements with citizenship focusing on state-society relations, a focus on infrastructure foregrounds the transnational influences that shape infrastructural ecological citizenship. Though the MAS administration renationalised the hydrocarbon sector in 2006, they continued to contract to the transnational extractive companies needed for technology, funds and expertise. For example, Brazil’s state-oil giant Petrobras, Spain’s Repsol, British Gas, and France’s Total. Shell returned to Bolivia in 2015 after eight years of absence. The framework of infrastructural ecological citizenship makes these partnerships (and influences) newly visible, in terms of how the shape territorial citizenship.

In Bolivia, the TIPNIS road building project weakened the existing political and material infrastructures that underpinned modes of indigenous territorial citizenship within Bolivia’s Plurinational State, as national citizenship was promoted with the new road. In the TIPNIS, the road lessened people’s ability to make claims for local socio-natures and sustainabilities, at the same time as revealing the ongoing potency of place-based claims on land and related claims for territorial citizenship.

The addition of political ecology, captured by the extended framework of ‘infrastructural ecological citizenship’, reframes our analysis of infrastructure to better include human/non-human relations and the ways that different modes of infrastructural citizenship enact, support and undermine different ways that people live- with and -in a place. In long populated rural areas, this foregrounds the multiple, changing and contested ways that people and place co-exist.

Jessica Hope is a Lecturer in Sustainable Development at the University of St. Andrews, Scotland. @JessCHope