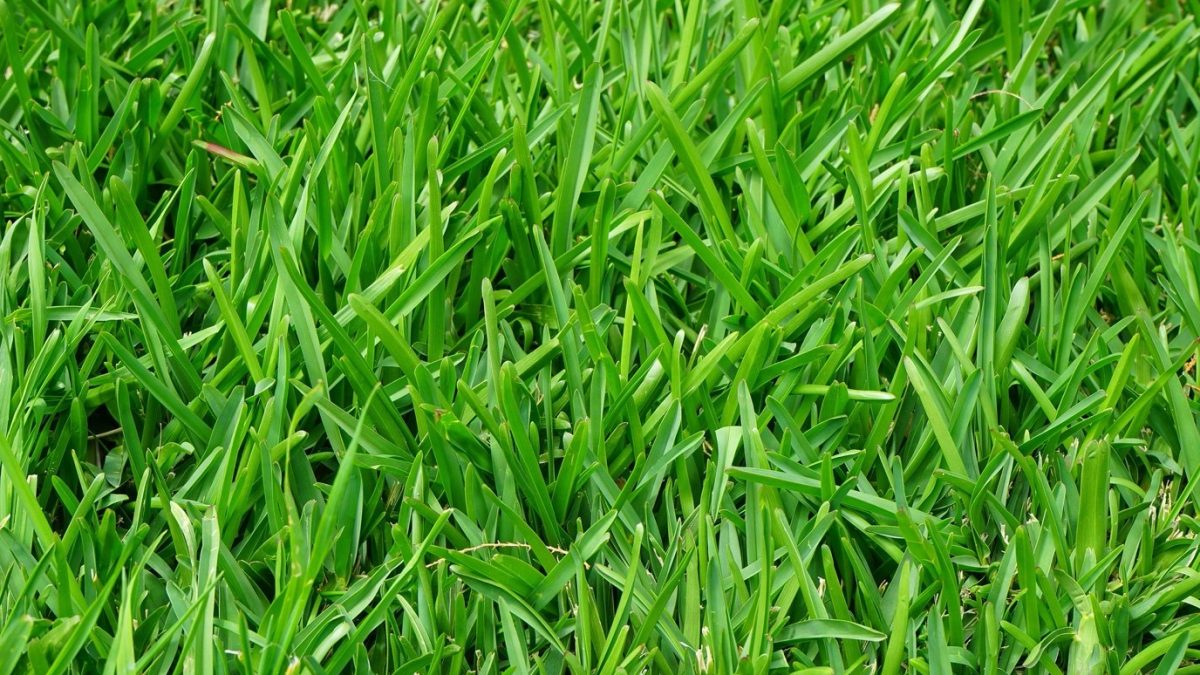 Australia’s colonial water histories run deep and flow into the present. The nation’s lush lawns are anything but apolitical.

Editors’ note: This post is the first of a mini-series of selected essays written by students of the LUMES MSc programme at Lund University Centre for Sustainability Studies (LUCSUS), Sweden, as part of a political ecology course.

I grew up in the yawning residential area of northern Adelaide. As a kid, I’d do anything to go to the local park. I’d scare my parents by hiding in the manicured hedge maze and scratch my forearms chasing my younger brother through the English rose garden. The caretaker knew me by name, and on occasion he’d yell it out: “Jesus Lauren, I just planted those rhododendrons and now they’re firmly rooted to the bottom of your shoe!”

During my trip home last year, I walked through the park one evening and watched as the sprinkler heads popped up from beneath the soil and drenched the lush lawn in hypnotic loops. The eccentric use of water wrinkled the edges of my childish love for that place. Where was the golden wattle, melaleuca and kangaroo paw? Why had I not run through beds of these hardy natives as a child, instead of the water-hungry rhododendrons? As we brace for another summer in drought, the nation’s lawns are gradually browning. We fight against this loss of green without considering the absurdity of producing and maintaining a nature that is not at all natural, an English garden in a desert land.

My childhood playground is a ghost of settler water histories and imaginaries that have shaped the land since colonisation. Australia as an ‘uninhabited’, ‘resource-laden’ ‘southern’ ‘wilderness’ is a discourse that wet the lips of many a settler storyteller. Dreams of taming rivers and greening deserts prompted the aggressive development of water resources for industry, irrigation and new settlements. Well-kept rose gardens and lush lawns were grown as symbols of coveted nostalgic values: order, cultivation, wealth and opportunity. Rivers were dammed and re-routed to make the land productive.

This framing of water as an object to be harnessed and developed is a legacy that has persisted. It can be seen in the extensive damming of the Snowy River throughout the 1950s for hydropower development, in the fanciful 1970s plan of mooring Antarctic icebergs off the Western Australian coast to combat low drinking water supply, and in old ideas of piping water thousands of kilometres across the country, which have been recently revived in the name of ‘drought-proofing’. It can be seen in the summers of the years post-war, when suburban gardens consumed up to three-quarters of Perth’s total water usage.

Australian approaches to water have since evolved beyond the promotion of development alone. There is now a growing movement to consider ‘nature’ in water governance and allocation. Notably, a 2007 legislative framework determined that water needed to be returned to Australia’s largest river basin – the Murray Darling. The overallocation of water for consumptive use had begun to threaten the sustainability of the natural environment, and 2750 gigalitres were to be returned to the rivers of the basin each year. This political response was heralded as a successful example of transboundary water management. 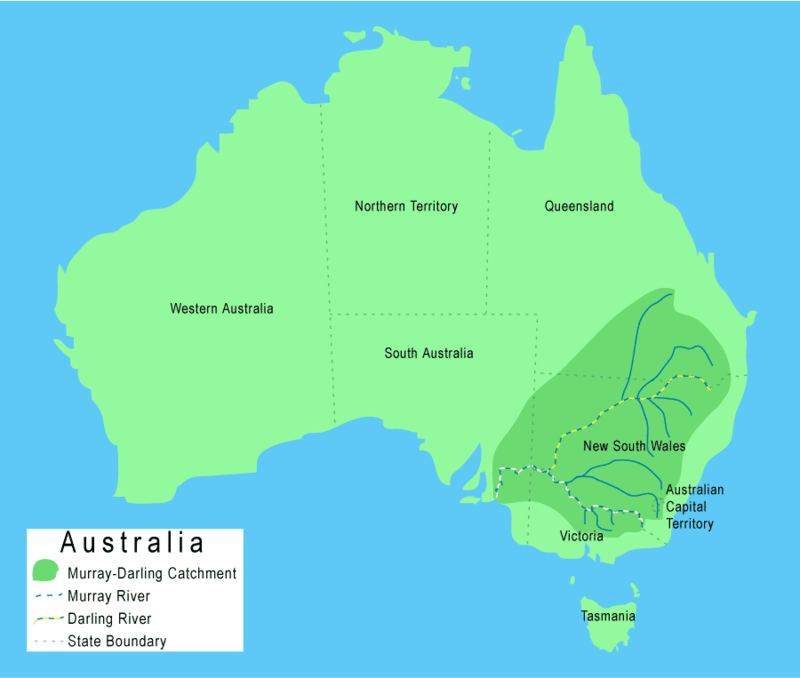 The Murray-Darling Basin extends from the wet north to the dry south of Australia, crossing four states and one territory before the water ends its long southward journey and empties into the Southern Ocean. Source: Wikimedia Commons.

Yet in January last year, severe algal blooms and low river flow resulted in three huge fish kills, wiping out over a million native fish. Newspaper headlines foretold the death of rivers as rural communities began using dry river beds as cricket grounds. And then the blame game began. Farmers became villains, governments labelled failures, and Indigenous communities once again mourned the loss of their homes and histories.The value I see in political ecology is in helping to appreciate the complexities of an issue like this, the convergence of multiple historical, social, environmental and political dimensions. Management of natural resources is always a fraught juggling act, and how the balls end up on the floor is never as simple as one bad policy move alone. Framing the issue so – as a misstep in contemporary policymaking – fails to account for Australia’s political ecology of water.

Colonial water development not only secured our agrarian economy, it was also a form of social engineering, which controlled the pattern of rural settlement and moved populations into areas where water was not a ‘natural’ part of the landscape. The farmers and irrigators of today – those blamed for this unfolding story of water scarcity – are victims of a far longer story of settlement and development. The policymakers – those who have failed to govern the basin –  are restricted by path dependencies which have long objectified water for its economic value and awarded power to water-dependent industry.

The exclusion of Indigenous Australians is also symptomatic of asymmetrical power relations cemented in our colonial past, where the development logic justified the dispossession of land and water from traditional owners. To this day, Indigenous Australians are excluded from the political water dialogue as tangible utilitarian values trump less tangible cultural ones. The irony in neglecting these cultural values is that they are also material and utilitarian by extension. So goes the extensive literature on traditional ecological knowledges. 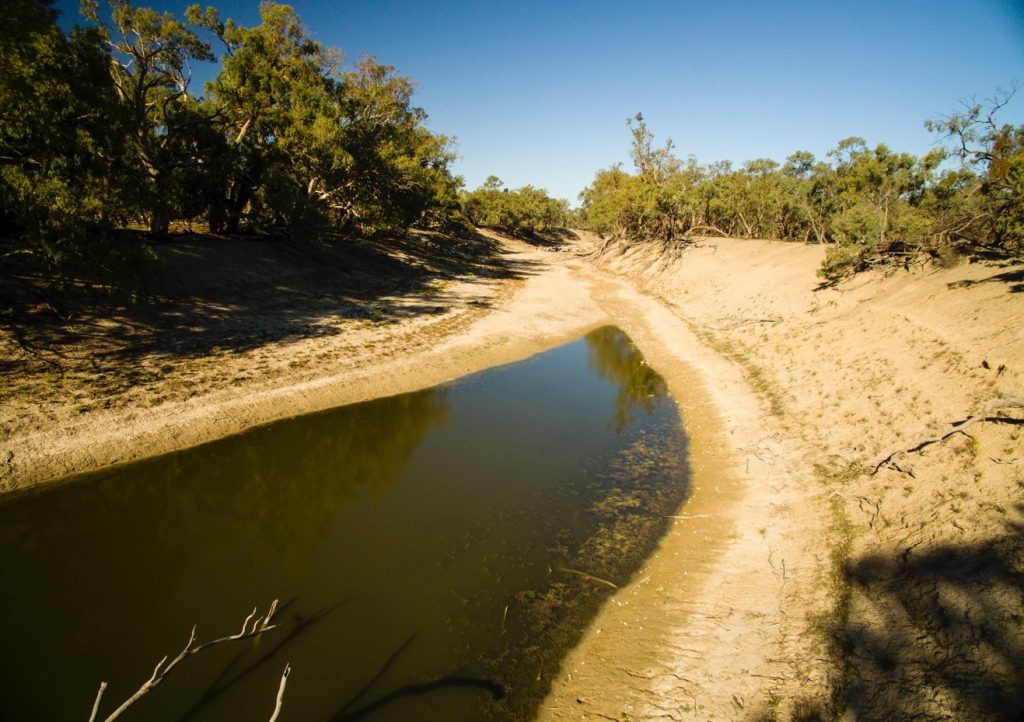 Local environmental problems, like those currently unfolding in the Murray-Darling Basin, are part of much broader contexts of what Paul Robbins describes as “relationships, transformation and instability”. The power in recognising and deconstructing these deeper chains of explanation, and the winners and losers they produce, is in creating space and accountability for alternative pathways. This speaks to political ecology as both the hatchet and the seed, the critical and the hopeful.

Governance of water resources in Australia has long conformed to a particular kind of development logic, one enabled by technology and motivated by narratives of national growth, economic stability and agrarianism. Future water governance must advance from a place of acknowledgement of what has come before. Let’s stop sweeping the past under the lawn.

Lauren Tropeano hails from southern Australia and is currently a student of Environmental Studies and Sustainability Science (the LUMES program) at Lund University, Sweden.