Accusations of irrationalism, leveled against those in favor of climate change policies, make up the single most prominent argument.

This post is the second in the series “Political Ecologies of the Far Right”, which examines far right engagements with the environment from multiple perspectives. Both the series and its title stem from the interdisciplinary academic-activist conference organized by the Human Ecology Division at Lund University in collaboration with The Zetkin Collective and CEFORCED at Chalmers University, and aim at continuing the discussions started there.

Research on climate change communication by radical-right actors, be they party or non-party, anti-liberal or anti-democratic, is still in its infancy. Indeed, so far only a few cases have been systematically analyzed in detail (for example, here, here and here). Not every radical-right actor displays distrust toward climate science. However, findings show that skepticism toward the trends, attribution and impacts of climate change — as well as concomitant arguments to do with, for example, assumptions that climate change scientists manipulate the data and that emissions trading is a money-making scam — often dominate. Results from a recent study published by the think tank adelphi also indicate this.

But while the overall tendency appears to be rather straightforward, there is still a lack of knowledge, both in terms of the sheer number of cases analyzed and the depth of these inquires. Three key publications by the Austrian radical right, and some of the arguments prominent in their discourse on climate change, can provide a useful case study.

The Austrian case is, in fact, a paradigmatic one in that the country has had a sometimes more, sometimes less successful radical-right presence in the Freedom Party of Austria (FPÖ), for over 60 years. With this relative strength comes the existence of an increasingly significant number of media outlets that are more or less closely connected to the party. Here, I consider three of these sources, all of them clearly — ideologically and personally — linked to the party, though not officially speaking for the party: Die Aula (the auditorium), which stopped ceased publication in 2018, having been a cornerstone of radical-right debate since 1951; Zur Zeit (at this time), a weekly published since 1997; and unzensuriert.at (uncensored), a blog in service since 2009.

I have analyzed texts published by one of these three sources between 2007 and 2017, in which either CO2 or climate change feature as a macro topic, that is, being the main issue as indicated by a prominent presence in the title or the first paragraph. In total, this led to a corpus of 98 texts: nine in Die Aula, 73 in Zur Zeit and 16 in unzensuriert.at. I analyzed, first, the basic stance of these sources vis-à-vis anthropogenic climate change (accept-neutral/unclear-skeptical) and, second, particular arguments related to climate change skepticism, drawing on Willem van Rensburg’s conceptualization.

However, before looking at these two aspects, it is worth noting that the number of relevant pieces is surprisingly low. This is in line with existing research: Although the topic is at times prominently present — for example, climate change was the main story on Die Aula’s cover page in June 2007 — 98 texts is a surprisingly low number. Of course, climate change features more or less extensively in many other articles, for example those dealing primarily with energy sources, but, judged by the output mainly dealing with the topic, has not yet been prioritized. Currently, debates over climate activist Greta Thunberg have, for example, led to climate-skeptic discourse by the Alternative for Germany party, but such spikes have been visible in the past too, as over the Copenhagen summit and the so-called Climatic Research Unit email controversy, both in 2009.

But what do these positions actually convey? What arguments do they put forward and how do they justify themselves? Concerning skepticism toward the trends, attribution and impacts of climate change, one argument clearly dominates: In 29 out of 98 texts, the causal effect of (anthropogenic) CO2 is doubted. Indeed, this argument is far more popular than any other claim, for example that warming has stopped, or that climate change would have significant positive impacts.

In addition, a number of concomitant arguments supposed to strengthen skepticism exist. Some of them concern processes of both scientific knowledge creation and climate decision-making. Among them, accusations of lucrative climate industries distorting public debate (in 11 out of 98 texts), manipulation of evidence by scientists (in 13 out of 98 texts) and the wider media distorting public opinion (in 13 out of 98 texts) are prominent. However, it is the accusations of irrationalism, leveled against those in favor of climate change policies, which is the single most prominent argument. The latter points to the allegedly hysterical and propagandistic nature of the debate and draws on metaphors from the religious domain to denigrate the Other. 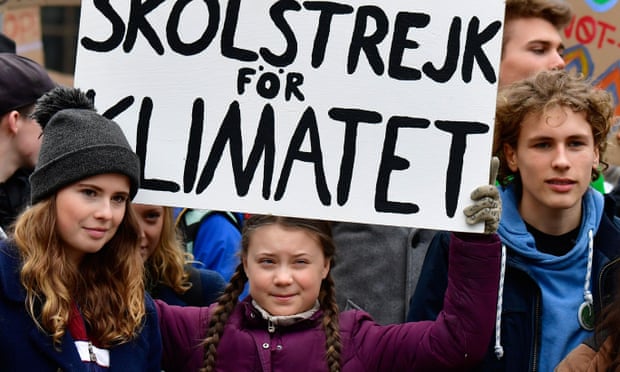 AfD and others in the radical right have targeted Greta Thunberg. Source: The Guardian.

In turn, the number of concomitant arguments concerning policy responses I counted was lower, including warnings that climate change might legitimate migration (in 7 out 98 texts) and, much more present, worries over harm done by climate change policies to our economy and the livelihood of “the little guy” (in 20 out of 98 texts). Looking back at the entire range of concomitant arguments, the latter are unsurprisingly mainly present in climate-skeptic texts. And yet about a quarter of them are to be found in unclear or neutral ones, and in a few cases even in pieces accepting the thesis of anthropogenic climate change.

What many of these arguments illustrate and reproduce is a populist opposition to “liberal,” “mainstream,” “establishment” and even “globalist” attempts to allegedly control “us.” It is, in other words, a site through which “we” can claim yet again to “see through the fog of deception,” a site through which the radical right can perform to be the one “in the know.”

Overall, results from this analysis of a small corpus of the radical right, the Austrian sources are in line with existing research. Although not all sources are skeptical about climate change — about a fifth of the texts is accepting of the thesis of anthropogenic climate change — there is a majority of skeptic attitudes. Furthermore, concomitant arguments ridiculing “believers” are present beyond explicitly climate-skeptic pieces. Such arguments, which are not explicitly denying anthropogenic climate change, have been identified in climate change discourse by other radical-right actors as well as conservative ones.

Future research should, however, not only keep investigating this overlap, but the particular, and possibly changing, functions and forms of such climate change discourse in the Anthropocene, for example regarding the current furor over Greta Thunberg.

Mr Bernhard Forchtner is lecturer at the School of Media, Communication and Sociology, University of Leicester, UK. He has published in the field of memory studies, environmental communication, the far right in Europe and at the interface of sociological theory and critical discourse studies. See his profile here.

This blog post was originally published at Fair Observer. The Centre for Analysis of the Radical Right is a partner institution of Fair Observer. 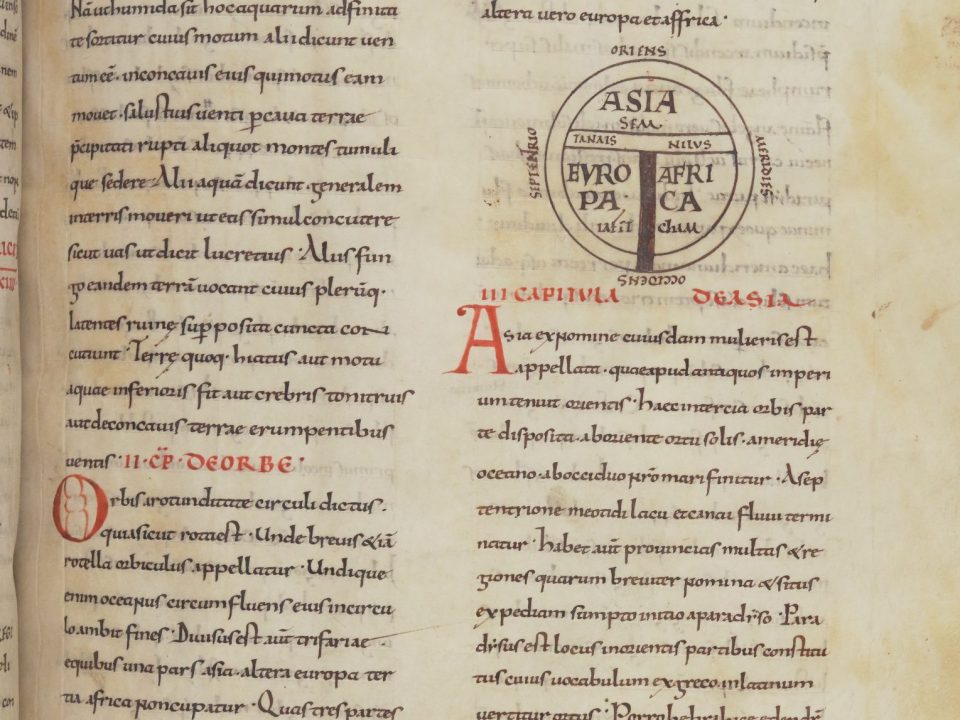 Exposing eco-nationalists with premodern ecologies: a medievalist approach to the French far right