Between drought and monsoon: the embodied hardship of seasonal work in Maharashtra’s sugar cane plantations

Pupils at the forefront: the school-work interchange on climate change between university and high school in Naples 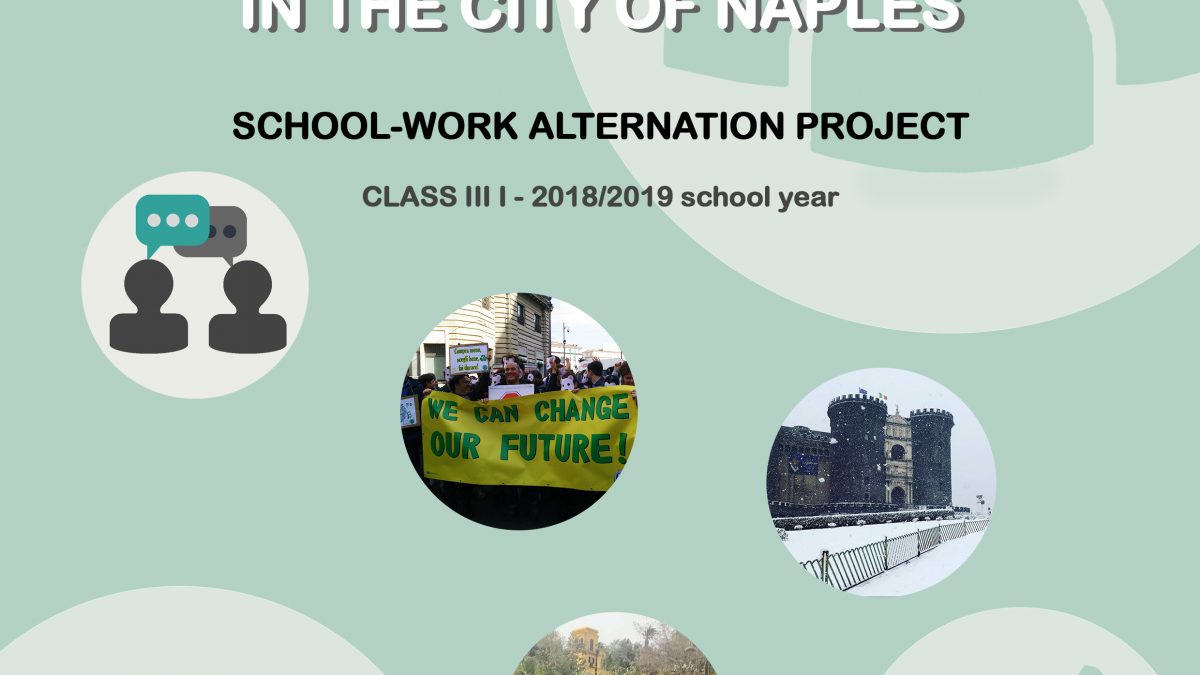 In the wake of the Fridays for Future movement, students are taking the lead in stirring change towards climate change adaptation & mitigation. This is a short account of a project in Naples that put students’ aspirations, questions and demands at center stage.

On June 5th, 2019, the “Mercalli” Scientific High School of Naples was the fifth Italian school to subscribe the environmental and climate emergency declaration issued by the local branch of the global initiative Fridays for Future. The declaration was subscribed, not surprisingly, on the World Environment Day, in the wake of the symbolic declaration of a state of emergency signed by the Municipality of Naples with the Council Resolution of May 24th, 2019. This happened after a previous commitment to sustainable development that brought the “Mercalli” High School to win the 2017 edition of the European Week of Waste Reduction (EWWR), through the project “Towards sorted waste and … beyond”. With this declaration, the school, which has two locations in the Chiaia district, has committed itself on multiple fronts to address the entire community of operators, teachers and students towards the mitigation of greenhouse gas emissions and adaptation to climate change. 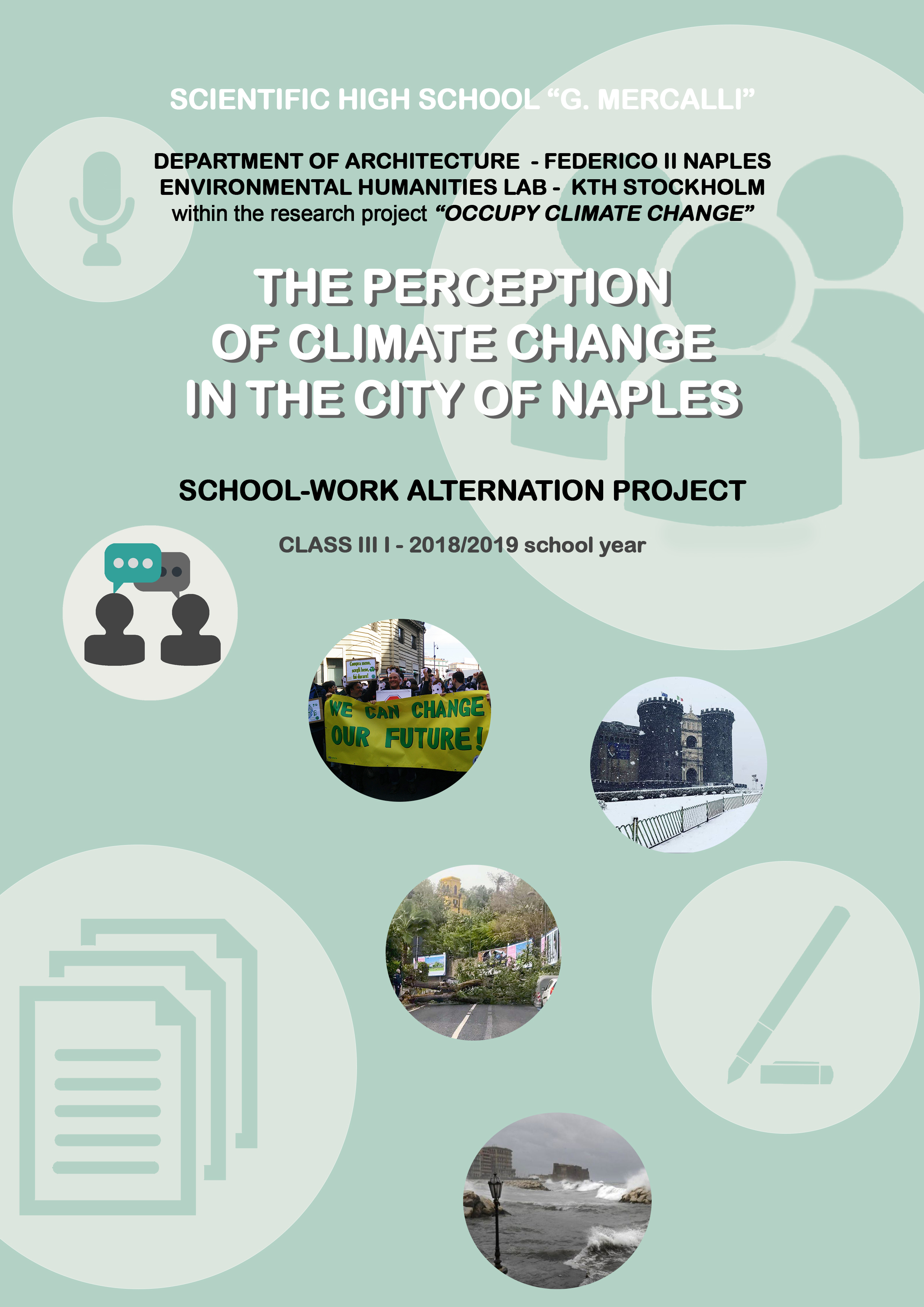 In the school year 2018-19 a two year school-work interchange[1] project started on the theme of climate change (from now on CC), developed from a dialogue between the High school and the Department of Architecture at the Federico II University (DiARC) in partnership with the Environmental Humanities Laboratory (EHL) of the Royal Institute of Technology in Stockholm.

The interchange was born from the idea that the school could become a valuable partner for the Occupy Climate Change research project, led by the EHL within the framework of a Research Program funded by Swedish Research Council for Sustainable Development. Since one of the case-studies of Occupy Climate Change is Naples (in addition to the cities of Malmö, Rio de Janeiro, New York and Istanbul), the “Mercalli” High School was invited to be part, together with the teachers and students of the third class, of a “hybrid collective of researchers” who have been involved in the challenge of measuring how CC is making a breach between civil society, associations and environmental movements in the Campania Region. 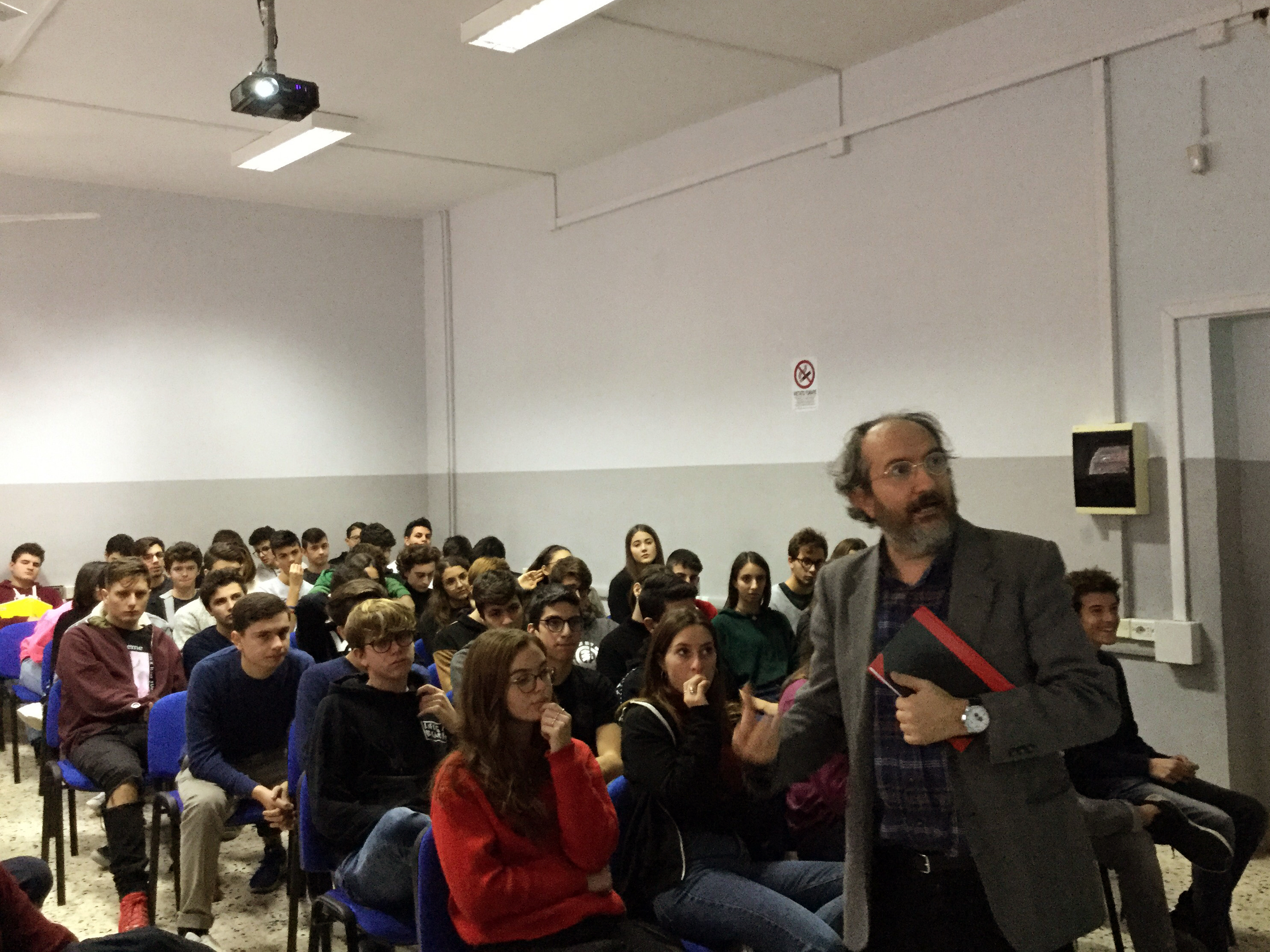 One of the training meetings during the interchange.

We experimented with a gradual training on the topic of CC, aiming at the development of a learning path directed to enhance students’ awareness of the global and local dimensions of climate dynamics. First, the training intended to support the students  in becoming crucial actors of the environmental transition. They conducted a survey to measure the perception of CC on a sample of one hundred Neapolitan citizens through a questionnaire constructed with the direction of tutors.

The work, which began in December 2018 with an introductory lecture by the EHL director, Prof. M. Armiero, ended in late May and will restart in the autumn of 2019 with the second year. The unexpected outcome of the global mobilization Fridays for Future, triggered by the 15-year-old Greta Thunberg, offered a great generational opportunity to stimulate the interest of the students who spontaneously decided to participate – although not in mass – at the climate strike organized for March 15th in their city. For those who decided to participate at meetings, events and assemblies outside the scheduled hours of the project, the school-work interchange project went beyond the school commitment.

The project unfolded through seven workshops and a series of further student-teacher interactions by e-mail. During the first meeting, with and audience of eighty students the literary competition “Imagine your city in 2200” was launched by the EHL. The competition is for young people, aged 14 to 25, living in the cities of Naples, Rio de Janeiro, New York, Istanbul and Malmö, with the purpose of publishing a booklet of science fiction stories about the effects of climate change at different latitudes of the earth. During the second meeting, on January 16th, 2019, the same students saw the film Before the Flood, in which the actor Leonardo Di Caprio, on behalf of the United Nations, meets scientists, politicians and authorities and travels worldwide to show the effects of climate change, explaining the urgency of mitigating greenhouse gas emissions and adapting to a changing planet.

The third and fourth meeting focused on measures and policies through which national governments, under the aegis of the United Nations and the EU, and the individual city administrations (including the municipality of Naples) are facing the challenges of mitigation and adaptation. During these meetings, DiARC researchers illustrated the main challenges architects and planners are requested to answer, suggesting mitigation and adaptation hypotheses for the local context of the city of Naples. Students were also guided to become familiar with surveying as a scientific device for measuring Neapolitan citizens’ perception of CC. 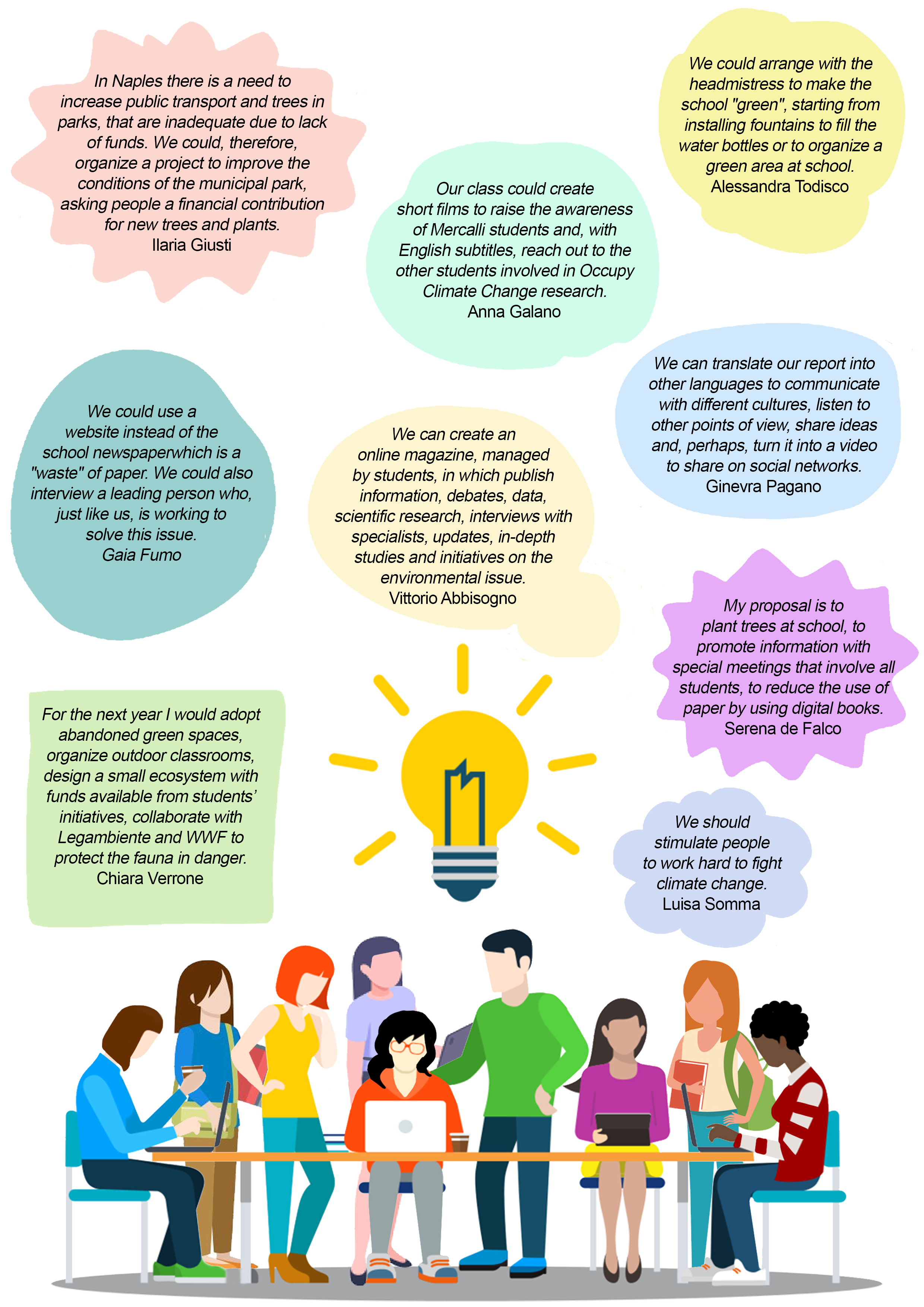 The results of the surveys conducted by the students. (Credit: High School “Mercalli”).

Through workshops, students learned how to encode quantitative and qualitative data, they were also informed about the preparatory meetings of the Fridays for Future and were encouraged to propose their own ideas about the issues raised. Furthermore, between March and April, the opportunity to participate in the Fridays for Future mobilization, and the meaning of the global mobilization for the climate were discussed. Finally, we proceeded with the review and structured coding of the sample consisting in one hundred interviews carried out by students, with the representation of data collected through info-graphics, and with the elaboration of a communication project for reporting the results of the survey.

In the final meeting, held at DiARC on 22 May 2019, tutors, together with students, took note of the request made to schools by the Fridays for Future movement to join the climate emergency. During the last meeting, students’ proposals and solicitations were also collected on how to continue the school-work interchange project for the following year.

[1] The school-work interchange model was introduced by the Italian national government in 2015 through Law 107, following the principle of opening the school to society and to the world of work. The school-work interchange is an innovative teaching device for students attending the last three years of high school. It helps to test, put in practice and consolidate attitudes and knowledges acquired in school. The main objective is training and addressing students for their future in the world of work, with projects, in line with their curricula, run by educating figures coming from the local society.

Maria Federica Palestino is associate professor of Urban Planning at Federico II University of Naples, Italy. Her primary research interest is the design of inclusive action-research processes aimed at the social construction of urban plans and programs.

Elena Vetromile is an architect and post doc researcher in “History and conservation of the architectural heritage” at University Luigi Vanvitelli of Aversa, Italy. She focuses her attention on the analysis of the artistic heritage and the physical environment of the city of Naples.

Simona Quagliano, is an architect and a PhD student in urban planning at Federico II University of Naples. Her doctoral research investigates the role of governance for cities in transition, focusing on environmental issues. 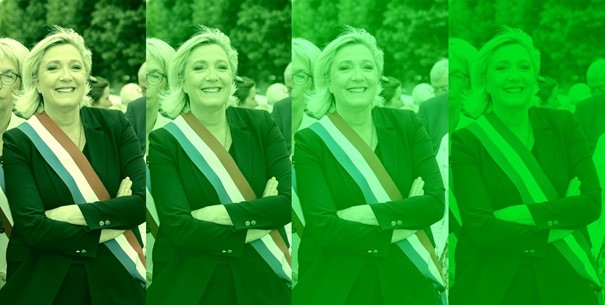 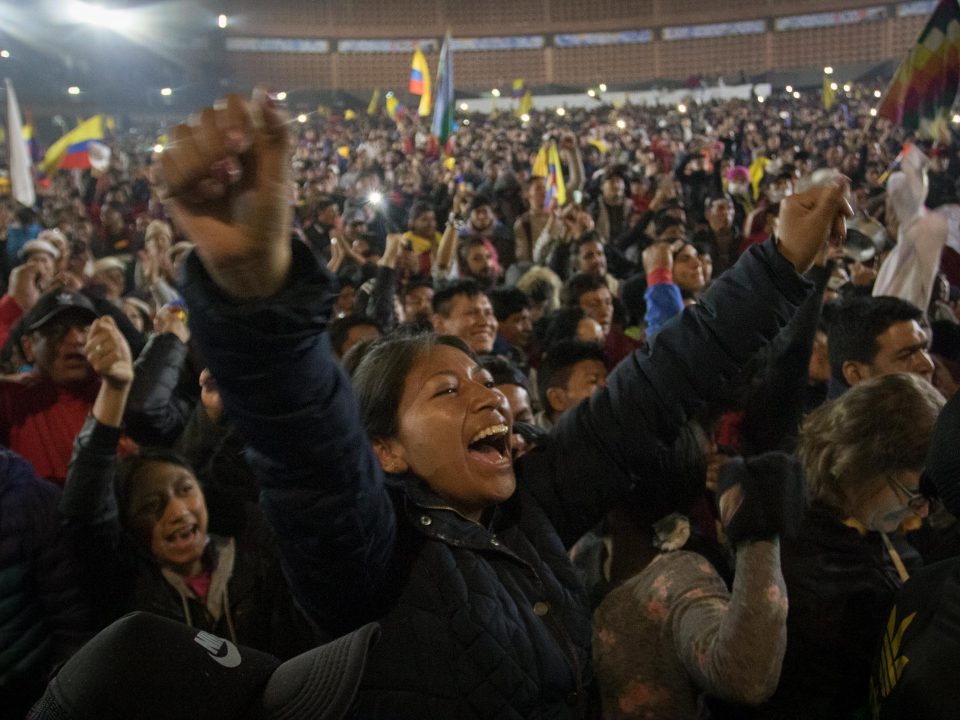