While climate campaigners organize direct action groups and city councils begin considering climate change an undeniable imperative in planning and policy, school strikers have launched the international platform School Strike 4 Climate. The support for local climate action around the world is growing and will not stop.

Keep the flight in mind, the bird may die

In October 2018, the Intergovernmental Panel on Climate Change (IPCC) issued a special report on the impacts of a global warming of 1.5°C above pre-industrial levels, in the context of the efforts at strengthening the global response to the threat of climate change. This report responded to the invitation contained in the Decision of the 21st Conference of Parties (COP21) of the United Nations Framework Convention on Climate Change (UNFCCC) to adopt the Paris Agreement (December 2015).

The report details the upcoming heat waves, water shortage, costal flooding, ice-free summers in the Arctic sea, species loss, mass mortality or even disappearance of coral reefs, decrease in the global crop yields. In the aftermath of the report release, data, scenarios, alarms and requests for commitment to policymakers have been echoed in media and activists’ circles all around the globe.

There is neither lack of scientific consensus about climate change nor underestimation in quantitative analysis in global climate regulation. And, to be honest, as social scientists and humanities scholars we cannot – and do not aim to – compete in these arenas and we would rather fill the social and conceptual gaps of the IPCC perspective and of the general public debate.

However, by reading this report, we get the sense that limits to adaptation (meaning, how much we can adjust ourselves to an inevitable disruption in the climatic system) and the question of irreversible loss and damage are often side-lined by a focus on global and national levels. If we just consider the official 34-page-long summary for policymakers, the term “global” recurs 225 times. Moreover, the document itself was requested by the 195 nations that had subscribed the 2015 Paris Agreement and tailored to meet their institutional criteria to elaborate policies.

This top-down global approach within the UNFCCC and EU climate policy, prioritizes national scale at the expense of local scale and severely paralyzes climate action. International climate negotiations consistently highlight that countries are diverse and have different interests, which complicates reaching agreements. Despite these challenges at both international and national scales, local climate action is happening in many cities, towns, and counties across the world over the past fifteen years, with local climate initiatives now representing 79% of the total ongoing policy experiments. 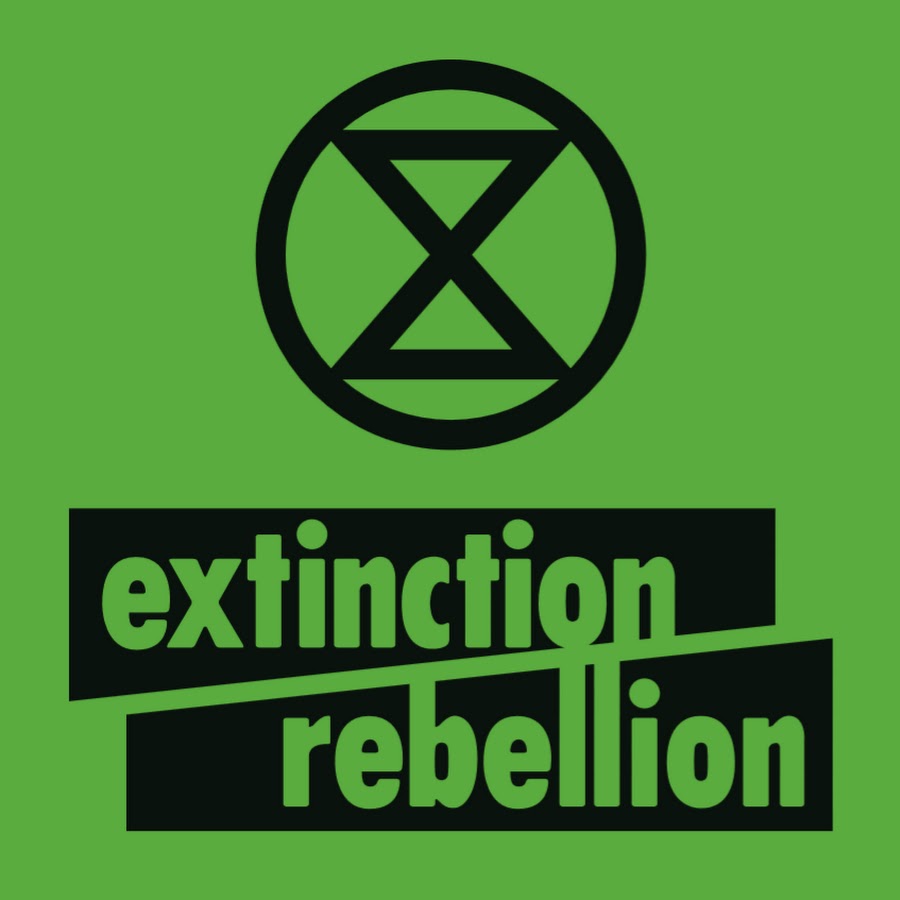 ‘The Extinction Rebellion is a necessity. Our political establishment has failed to protect its people from pollution, prevent mass extinction of species and the possibility of human extinction in the near future. Therefore we must rebel to protect the livelihood of citizens and our natural world, or risk losing everything we cherish.’ Source: https://rebellion.earth/

Yet, this is not enough. As part of an international research effort, led by KTH Royal Institute of Technology – Environmental Humanities Laboratory in Stockholm, we are digging into this 79%. Over the last year, we have started working with our Occupy Climate Change! project, which aims to focus on urban loss and damage under climate change, gathering scholars, activists, artists, journalists, and civil society organizations with the purpose of mapping and analyzing grassroots solutions.

In high risk areas people experience material – homes and properties – and non material losses – such as identities and practices –; they are dispossessed of things, feelings, places, experiences, acquaintances they value with no commensurate substitute in sight. Local communities face – and therefore have to address – the most burning effects of climate while challenging, unsettling, and confronting the national and international buck-passing.

The institutional evasion of responsibility contributes to differential vulnerability statuses and reinforce, through inactivity, the uneven geography of death. It is a truism that climate change is affecting the entire planet, but even a cursory glance indicates that are the places occupied primarily by non-white peoples that pay the highest price for global warming.

Contrary to popular and media preconceptions, disasters often catalyze intense forms of community mobilization and connection, besides causing death. Given the increasing prevalence of climate-related stresses in cities the world over, there is a dire urgency to understand what mechanisms help promote community self-organization, as well as how such forms of autonomy may be both shored up and scaled up through interventions by local groups, municipal governments, and transnational networks.

Moreover, the increasingly stratified character of mega-cities means that certain urban populations and zones are effectively abandoned and neglected when climatic extremes strike, thus leaving the residents to provide for themselves. This has been the case in Hurricane Sandy in New York: some residents felt the city had overlooked them. Staten Island is barely a dozen miles from lower Manhattan but a world away in terms of the attention it had received since super-storm Sandy hit. Across the island, there was a pervading sense of injustice among residents, that their plight had been ignored by a city leadership and a media convulsed by the blackouts and flooded subway tunnels of lower Manhattan.

Similarly, in recent cases of floods in Rio de Janeiro the massive occupation of the slopes and the hills has generated much more devastating landslides and much more frequent tragedies. Some of the risky areas that concentrated most of the victims (Caleme, Posse and Meudon) appear heavily populated nowadays in contrast to low or no land occupation 35 years ago. 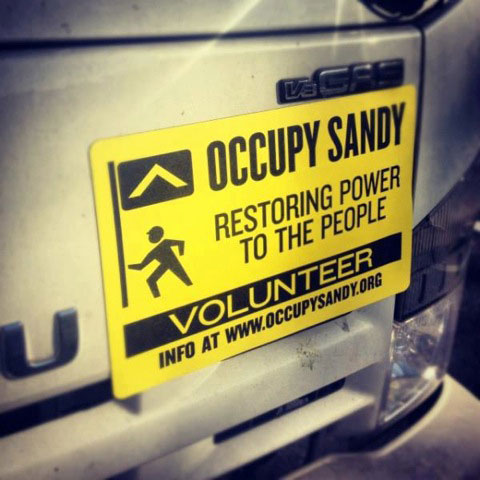 Disaster relief is often framed by official organizations in terms of bringing communities back to the conditions that characterized them before the storm, but in today’s cities of extreme inequality, a return to the status quo is far from desirable for many. As a consequence, grassroots groups have articulated strong calls for a just recovery. Together with radical parties, they have been instrumental in organizing self-relief for the urban poor during the frequent floods. In this way, they provide an opportunity to reconsider the role of class and race in shaping the present.

The combination of climate change and potential hazards has transformed urban areas into political and theoretical laboratories. The OCC! project examines spontaneous community-based approaches creating both reactive and proactive solutions in the face of formal policy inadequacy in five cities.

From New York to Naples, from Stockholm to Rio de Janeiro via Istanbul, how can the many innovations of social movements be translated on a more permanent basis to communities in the future? To what extent have those initiatives been able to impact official planning documents issued by the city for disaster reconstruction and resiliency? How have the organization’s efforts to lobby for a just reconstruction fared in a city characterized by deepening patterns of spatial and social inequalities?

Indeed, we live in an age of loss: calving ice shelves, vanishing landscapes, destroyed cultural heritage and abandoned homes due to social, cultural, economic, political and ecological conflicts of all sorts. We live in an age of death: mass extinction, people dying from heatstroke and heat exhaustion and from migration, hunger, thirst, and disease. To cope with loss and death, and with climate change, communities exchange fond remembrances and stories and enact factual strategies based on principles of justice and recognition.

We should remember that the potential of “non-state actors” (the UNFCCC-jargon for initiatives beyond the nation state) in generating synergies to produce ambitious climate policies is high. This is proven by communities around the world every single day. Thus, engaged and meaningful social science research also needs to catch up with the daily struggles of communities in the face of the climate crisis and support them to reclaim and empower their autonomy by occupying climate change!

Occupy Climate Change! is a project funded by FORMAS (Swedish Research Council for Sustainable Development) under the National Research Programme on Climate (Contract: 2017-01962_3).

Roberta Biasillo is an environmental historian currently employed at the Environmental Humanities Laboratory, Royal Institute of Technology in Stockholm (Sweden). She is part of the FORMAS-funded project Occupy Climate Change!, conducting a research on fascist colonial ecologies, particularly in North Africa. In 2017-2018 she has been a fellow at the Rachel Carson Center for Environment and Society in Munich (Germany).
This article first appeared in Swedish in Brand. It was translated and updated.