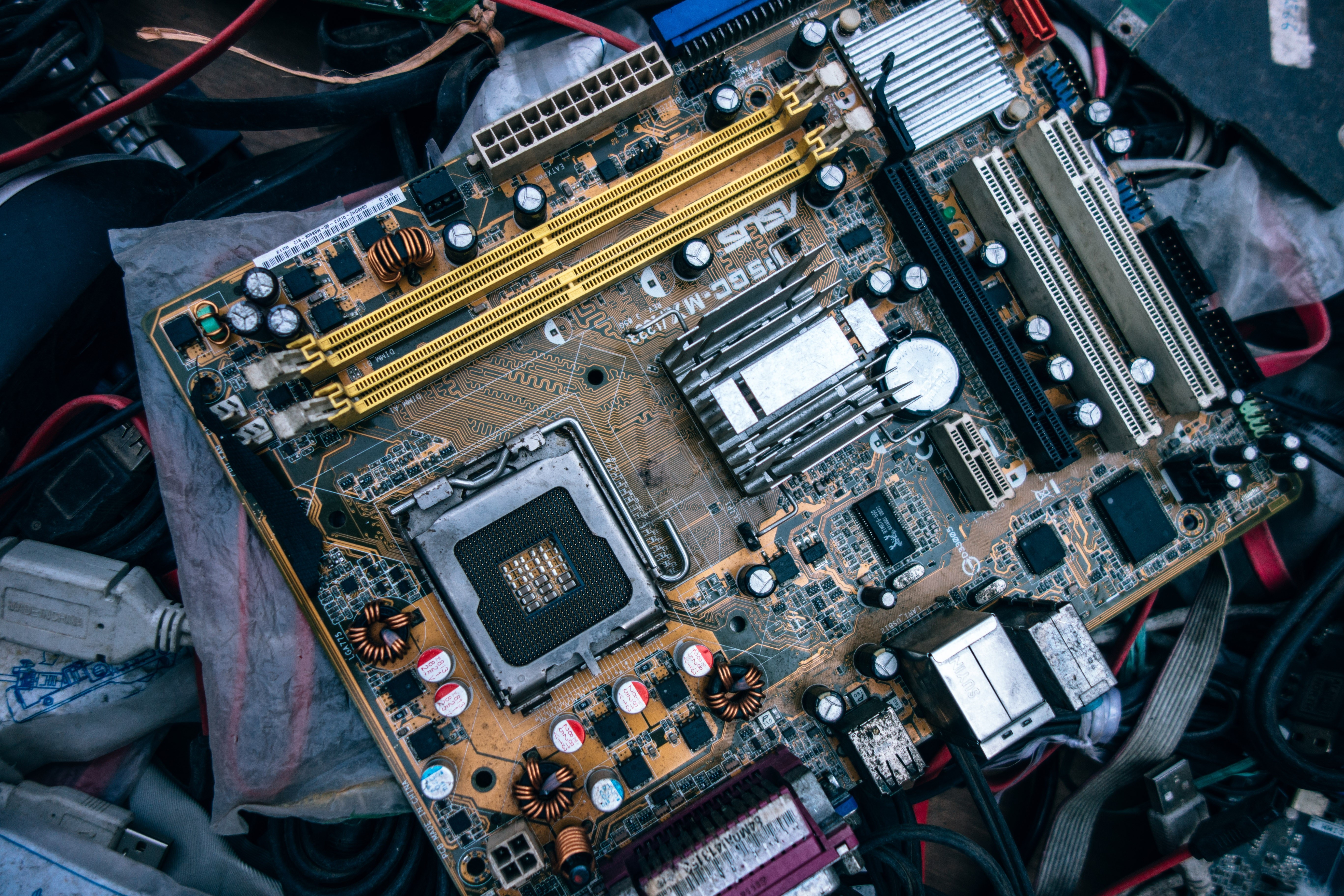 By Annika Kettenburg
The digital sphere is more than the playground of techno-optimism, eco-modernism and capitalist expansion. While in the mainstream it is portrayed as immaterial and unpolitical, the internet is the place where personal data becomes a commodity whose production and distribution exploits workers and nature.

Global power is shifting – is our attention too? Source: The Economist on Twitter

As informed citizens, we are all aware of how digital technologies accumulate capital and bundle power in the offices of tech giants. We see how framing tech as solution to sustainability problems aids their own agenda. We also know that data centers, the backbones of the internet, consume tremendous amounts of electricity and we have images of toxic e-waste dumping all too vividly in mind. Thanks to Edward Snowden, we get uncomfortable when thinking about the reach of intelligence agencies extending into our living rooms. We stopped underestimating the potency of fake news after having witnessed its influence in Trump’s and Bolsonaro’s election campaigns.

However, there are issues the media commonly ignores. First, the materiality of the digital sphere extends well beyond its physical infrastructure. It spans the whole value chain of electricity and hardware production that are necessary to access the digital sphere, from mining and manufacture to distribution and disposal. Renewable energy comes at a price too.

In addition to the operation of data centers, the production of end-user devices is the biggest part of the internet’s carbon footprint. Not only do we use more electronics with shorter lifespans, but the intrusion of the internet in all spheres of life also alters our consumption behavior in broader terms. We don’t read books, we watch Netflix. On Instagram, we get inspired for our next holiday destination – and thanks to the internet travel planning has never been easier.

While hidden environmental costs and rebound effects are evident in many industrial technologies, it is in the digital sphere where these impacts become less visible and where hegemonic narratives of growth and progress are multiplied and spread around the globe, further expanding its material footprint.

A motherboard – not only a puzzle of metals, metalloids, and plastics but also one of complex supply chains and many workers’ labor. It forms the base of technologies that modify our relations of production, shaping what we believe possible and desirable while fueling the wheel of accumulation.  Source: Fancycrave on Unsplash.

Second, digital technologies do not emerge by accident or out of logical necessity, their development follows interests. Every day people make decisions on what projects to fund and these decisions, made by managers and venture capitalists, are led by prospects of profits and personal ideologies (with transhumanism at its climax).

More than any physical space, the digital sphere remains free of regulation – the early ideal of open knowledge and grassroots organization turned into open data extraction of user behavior by a few. But instead of protesting, we welcome and cherish the monopolists and their intrusion into our private life, wishing for a new smartwatch and idolizing Elon Musk.

Third, the data economy and its notions of creative destruction overshadow the continuance of Western dominance. It is not only the global network of undersea cables that follows colonial trade routes. The internet’s demand for energy and hardware often hits marginalized communities the hardest, taking their metals, polluting their water, dislocating them for a new dam, or forcing them to work under hazardous conditions in metal mines or hardware plants.

Just recently the movie “The Cleaners” gave a face to content moderators in the Philippines deleting images of violence and pornography on social media platforms. Profiting from price differences and externalities, the technologies for accessing the internet were and are formed by unequal relations of exchange between the North and South. Thus, the internet perpetuates patterns of appropriation while continuing to globalize Western culture and its narratives of consumerism, economic progress, and white supremacy.

Writing our own history on Wikipedia? Depends on where you live. In Africa, not only are there fewer internet users, Wikipedia articles and editors overall but also only 5% of the contributions to each country’s domestic content are written by domestic editors. Source: Graham and Dittus, 2018

These three, often overseen examples show that the internet is a case for political ecology. Applying theories from political ecology can expand our understanding of the internet and its shifting power configurations, its winners and losers. It can help to challenge the prevalent perception of digital technologies as apolitical tools, whose appraisal depends solely on its use (which is frequently said to be the pursuit of a more sustainable world).

The above-mentioned examples highlight patterns of problems that political ecologists often point to in their work. But there are also ways in which the internet works against the solutions they commonly advocate. As examples, I will outline two problematic tendencies that result from increasing complexity.

First, the exponential growth of available data inspires scientists to engage in more and more global modeling exercises. The sustainability branches of the most prestigious journals mirror this trend and publish ever more global studies on general trends. Their increasingly precise and comprehensive quantification of reality is capable of pointing out the scope of global changes.

Yet, the emphasis on seemingly objective numbers might overshadow the (unconscious) choices made in framing the problem, choosing the method, selecting the data and formulating recommendations. These studies go against political ecology’s call for situated knowledge, contextual explanations, and thick narratives that, in contrast, illuminate a complexity that cannot be known and calculated, only negotiated.

Second, this increasingly interconnected world and its information overload fuel our desire for simple stories, for orientation. It presents a breeding ground for conspiracy theories and populism. In an unprecedented scale, news and scientific studies become instruments of political campaigns, of fights over power.

Algorithms to keep users on platforms further reinforce this tendency, by fostering radicalization and creating echo chambers. This is set to corrode the foundation of democracy, the diverse informational bases that are necessary to take balanced and nuanced decisions. In this light, political ecology’s call for public deliberation cannot fulfill its promise to bring about just governance.

The digital sphere in its current configuration reinforces exploitation and domination; it hosts struggles over power and leaves material footprints. However, the internet still bears the seeds to promote its early ideals of open knowledge, self-organization, decentralization and local autonomy. As Vasilis Kostakis outlined in his blog post, alternative technological trajectories for post-capitalist scenarios do exist, and we need to pursue them.