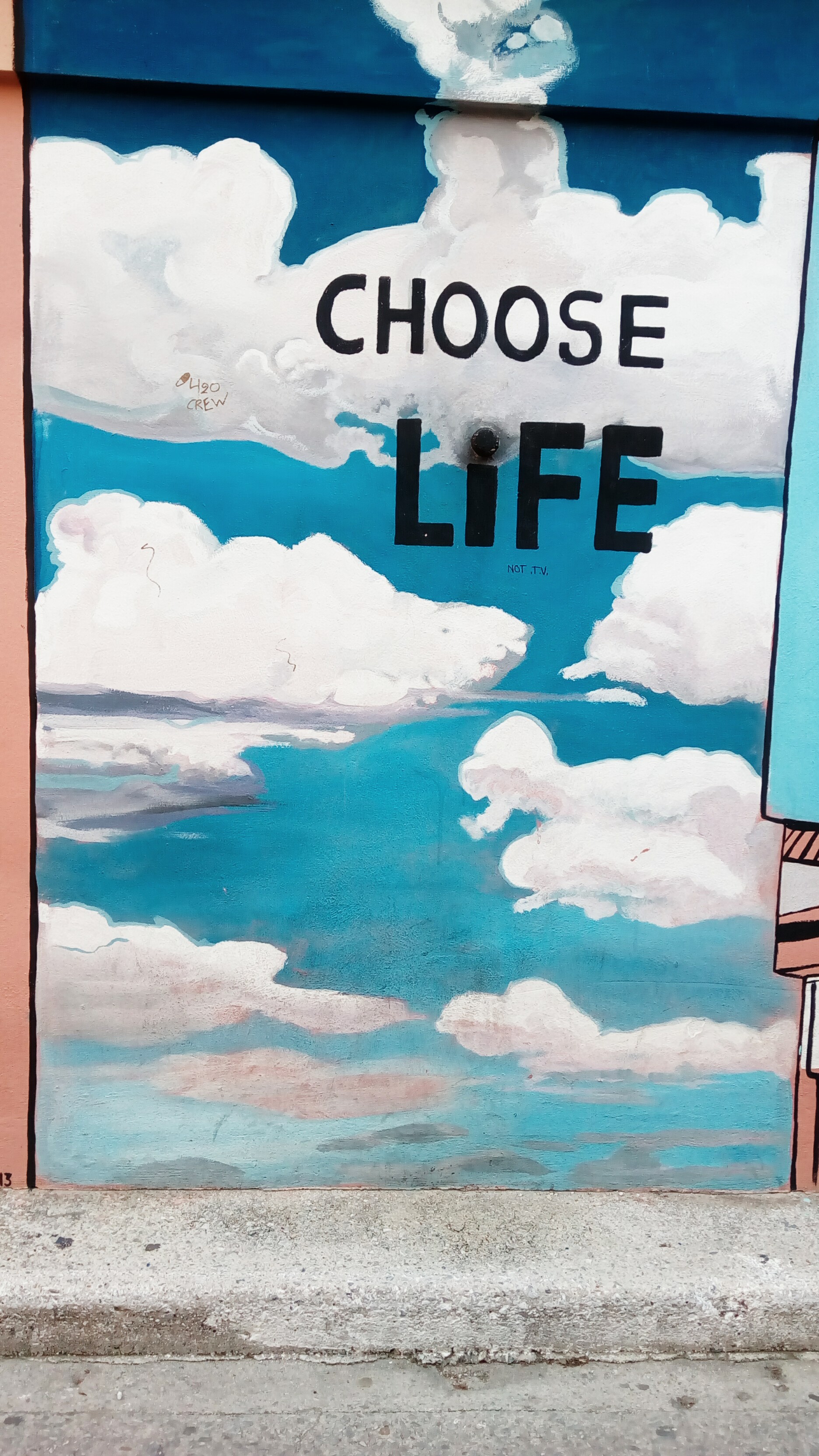 In the second of a two-part series, Marula Tsagkari explores how today, we are participants in a complex and severe crisis, and a radical crisis requires radical solutions. Through a number of examples it became obvious that in Greece there is groundwork for a transition to sustainable degrowth. There are seeds in the numerous social movements, voluntary actions, and solidarity networks. What remains to be seen is if the seeds will flower.

The revitalization of Greece’s cooperative movement

Coming back to the present, the Greek cooperative movement is still a vibrant part of the economy. The numbers speak for themselves, as there are currently more than 3000 agriculture cooperatives, 14 co-operative banks and 48 womens’ co-operatives. In addition, one can find 23 electrician, 33 plumber and 41 pharmacist co-operatives all around the country.

Lately, the idea of cooperatives has once again increased in popularity. People prefer products they can trust and remind them of their ‘grandmother in the village’. They also want to support local communities. Ιn this context, cooperatives offer products whose raw materials come directly from the land of the members of the cooperative or the village, they are often based on traditional recipes from the women in the villages, and in most cases they pack and promote their products by themselves.

On the island of Lesvos, more and more women who lost their job during the crisis joined the women’s cooperative. This increase in the number of memberships gave them the opportunity to augment their production and expand their network. They take advantage of the oranges produced in the area, which remained unused the previous years, to make desserts and jams. They also use ‘neratzath’, a type of rose water made from the leaves of the orange tree, to make cosmetics and perfumes. Nowadays, their products (sweets, jams, pasta, and cheese) can be found all around the country.

Even in big cities a number of cooperatives have sprung up. In Athens one can find the cooperative coffee shops Mantalaki, Pagkaki, Syggrouomeno; the Syn Allois shop, an importer of fair-trade products; the publisher Ekdoseis ton Sinaderfon; the computer repair shop Stin Priza; and the grocery store Lacandona, among others. Many of these stores operate under the umbrella of a bigger network, Kolektivas.

Overall, consumption in Greece had been significantly reduced as a result of diminished wages and pensions. As documented by the Hellenic Statistical Authority in 2014, average household consumption expenditure went down by almost 32% since 2009.

As a response to this decrease in consumption and available funds, more and more second hand stores have popped up in the big cities. One of the most famous is located in the neighborhood of Eksarcheia; a neighborhood known for its anti-establishment and anarchist character. In this store, one can trade old clothes for new ones. ‘Our store is a response to the overconsumption, which is one of the reasons that brought us into the present crisis,’ said one of the women who worked there:

In the same spirit one can find similar initiatives of book exchange, furniture exchange, and even exchange of mobile phones.

Another important element of the Greek tradition is the ‘100 km rule’ (before it became famous internationally as the ‘100 mile diet’). According to this principle, people should aim to consume products that are produced within 100km from the residence. Τhis concept was a pillar of the Greek diet between the 50s and 80s, however, due to increased urbanization and working hours, and the large variety of products available on supermarkets, it was replaced by the concepts of ‘easy’ and ‘quick food’. Recently, the idea of the ‘local farmers market’ aims to bring back this idea. Producers from all around the country gather in a different neighborhood every Sunday and sell their products without Intermediaries.

In one of my visits in a local farmers’ market in my neighborhood, I had the chance to speak with M.X., a cheese producer from northern Greece. ‘Because of the crisis people want to make sure they buy local products,’ she told me. ‘More and more people tell me that they avoid buying from big supermarkets, not only because the products are more expensive, but because they know that, in this way, international brands take advantage of the Greek producers and buyers,’ she added. ‘I talk with people and give them all the information they need about my products. I am even willing to negotiate the price when someone can’t afford it!’

Social solidarity groups are also rapidly growing these past years. The work of organizations like ‘Doctors without Borders’, ‘Doctors of the World’, which were active before the crisis, are now supported by new health care organizations like the ‘social infirmaries’ (koinonika iatreia). Acting at a municipal level, these groups consist of doctors and nurses who treat patients for free. Similar initiatives are organized by pharmacists, teachers, and even coffee shops, which offer a free cup of coffee to people who cannot afford it.

Last but not least, a number of more politically-oriented social movements emerged during the times of crisis as a response to the austerity measures and the dysfunctional democracy. The big protests of 2008, the movement in Sundagma square and the ‘I won’t pay movement’ (Kínima den Pliróno) are some examples. Squares and occupied public and private buildings were transformed into sites of political contestation and mobilization.

The above examples illustrate an increased tendency around niches of social movements that can form an alternative model of growth, based on solidarity, cooperation, and mutual respect. Many of these initiatives form part of the tradition that is rooted in the Greek culture that did not fade completely in modern life. This can offer a comparative advantage towards a potential transition to a degrowth model, as many of the ideas this model embodies are neither new nor strange to the Greek society. Of course these former traditional societies had a number of limitations (e.g. racism, xenophobia) that are not in line with the ideas the degrowth movement puts forward. Thus it is essential to learn from the past and keep the positive elements that can pave the way for a new way of living.

These ideas are becoming popular mainly as an alternative to the economic crisis; however they need to form ‘a way of living’ instead of a way to ‘make a living’. Nowadays, many of the people who choose to buy from second hand stores or to visit the farmers market are driven by need. On the contrary, this attitude should grow into a fundamental mentality. Most of the people I had the chance to interview pointed out that, in the past years, they observed a change in people’s attitude, mainly because of the ongoing crisis that made many question the success of the present system. But is this enough?

The answer is no. This is only a first step in a long path. These initiatives will not have a significant impact if they are not supported by adequate education and publicity. Such instruments can strengthen these alternatives by raising awareness—triggering the interest of more people and encouraging the formation of new projects.

State intervention is another factor that can shape social movements. In the case of Greece, the government seems to ignore the importance of these movements, and often threatens their existence through increased taxation and stricter legislation. In the present political situation, it is nearly impossible to picture a major movement that does not involve the state. At first glance, this seems to be a contradiction as it’s a common belief that the state is a unitary actor, and that social movements are a separate unity and often in opposition to the state. In this context one should realize that these initiatives, through their increased influence, can have the power to form a different political regime that, in turn, will also transform them. To use the words of Saturnino Borras, ‘societal actors attempt to influence and transform state actors, but in the process are themselves transformed—and vice versa.’ Thus, realizing the potential of these initiatives, especially at a municipal level, could be a crucial first step.

One should realize that these initiatives, through their increased influence, can have the power to form a different political regime that, in turn, will also transform them.

Today, we are participants in a complex and severe crisis, and a radical crisis requires radical solutions. Through a number of examples it became obvious that in Greece there is groundwork for a transition to sustainable degrowth. There are seeds in the numerous social movements, voluntary actions, and solidarity networks. What remains to be seen is if the seeds will flower. We should not forget that, as Rebecca Solnit says, ‘Change is rarely straightforward… Sometimes it’s as complex as chaos theory and as slow as evolution. Even things that seem to happen suddenly arise from deep roots in the past or from long-dormant seeds.’

Many thanks to all the interviewees and to Brayton Noll for his useful comments.

Workers of the VioMe factory, one of the first worker co-operative initiatives in Greece. Source: thenews.coop.

* Marula Tsagkari is a researcher, and environmental professional from Athens, Greece. Her research focuses on the areas of Environmental Politics, Policy and Justice especially in the European South. This is the second of a two-part series, originally published by Uneven Earth.