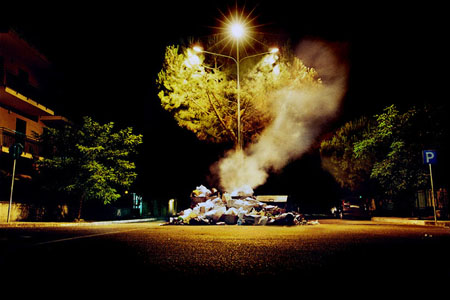 In a previous post on ‘Horses, bees and bodies: post-conference accounts from Lexington’, Panagiota Kotsila shared her reflections on the 2015 Dimensions of Political Ecology (DOPE) Conference, where together we organised a panel titled ‘Perceptions of Urban Environmental Health: Narrating Political Ecologies of Disease’. The post promised a forthcoming collection of papers on the topic, which we have now published in the Journal of Political Ecology, with Giacomo D’Alisa.

While there have been some previous writings setting out a political ecology framework for the study of health and disease (e.g. King, 2010), in this special issue we bring a particular approach to the sub-field, namely, the role of perceptions and discourse. We emphasise the role of health perceptions, in particular, as a way of exploring how people’s experiences of the local environment often differ from dominant discourses related to un/healthy environments, and the effects stemming from this disjuncture.

More recently, scholars have suggested more specific avenues through which the sub-field can be further developed and focused. For example, Jackson and Neely have argued for the incorporation of Marxist-feminist, science and technology studies (STS), and ‘more-than-human’ approaches to the political ecology of health and disease (PEHD). Similarly, our special section also sets out three additional avenues which we think may be of use for future empirical studies in this area. These are the themes of environmental justice, place and landscape, and the wider political economy of disease. These themes emerged from the empirical contributions making up our special issue, and also relate to central themes in political ecology.

The concept of environmental justice, in particular, seeks to expose the way that marginal populations, minorities, and the poor are more vulnerable to environmental and health hazards. This is aptly demonstrated in Kotsila’s article on ‘health dispossessions’ in the Mekong region of Vietnam, which shows how state discourse follows neoliberal approaches in individualising health responsibilities and moralising disease. As shown by Iengo and Armiero’s article on ‘the politicisation of ill bodies’ in Campania, Italy, the most affected by the disease are also (often) seen as the least credible in generating knowledge about environmental justice disputes, thus forcing such individuals to mobilise particular forms of embodied resistance.

For this reason, Marcelo Porto and colleagues employ a political epistemological approach to the political ecology of disease, which recognises that the way knowledge is produced (epistemology) plays a fundamental role in generating and confronting environmental justice disputes. They also develop the concept of ‘health as dignity’ to highlight the capacity of affected communities and their democratic alliances in addressing environmental conflicts. Relatedly, the article by Giacomo D’Alisa and colleagues on ‘the Land of Fires’ in Southern Italy, illustrates the importance of using a PEHD approach to studying environmental conflicts. Firstly, to highlight the role of victims of environmental disasters in fighting environmental crimes, and second, to challenge the ‘slow violence’ of toxic crimes.

The themes of place and landscape are central to the discipline of cultural geography, and have also been adopted in political ecology studies (see, e.g. Connolly, 2017). Two of the articles in this section use landscape as a form of inquiry for addressing political ecologies of disease. First is Jeff Rose’s insightful study of a group of ‘hillside residents’ in an American municipal park, which considers the role of material and discursive cleanliness as an agent of health in the construction of ‘sanitary’ urban environments. Second is Creighton Connolly’s study on the farming of edible birds’ nests in Penang, Malaysia, which demonstrates the dialectical relationship between landscape and discourse in producing political ecologies of disease. Together, these articles further demonstrate how the landscape concept can be utilised in seeing disease as not only determined through biophysical factors, but also constructed out of a particular set of social relations and lived experiences mediated through the landscape.

Finally, and relatedly, all of the articles in our special issue refer to the political economy of health and disease as a set of material and discursive practices that influence the incidence of disease, or are otherwise involved in the production of (un)healthy landscapes. Such an analysis recognises that health is structured by political and economic systems that influence the transmission of disease and the ability – or willingness – of health care agencies to effectively respond (see, e.g. Houston and Ruming, 2014). Through these foci, the empirical investigations provided in this special issue thus further rectify the gap between the material and the discursive, highlighting how the politics of health is shaped through the confluence of power relations, specific discourses and practices of communication in particular sites.

If you have any comments on the special issue, please leave them below, and we’ll get back to you. Alternatively, you can send an email to Creighton Connolly or Panagiota Kotsila. Thank you for reading!