The Poopó Lake has lost most of its surface and is undergoing a salinization process. Photo credit: Helga Gruberg

A recently published study explores the reasons why the socio-environmental implications of mining have not improved under Evo Morales. 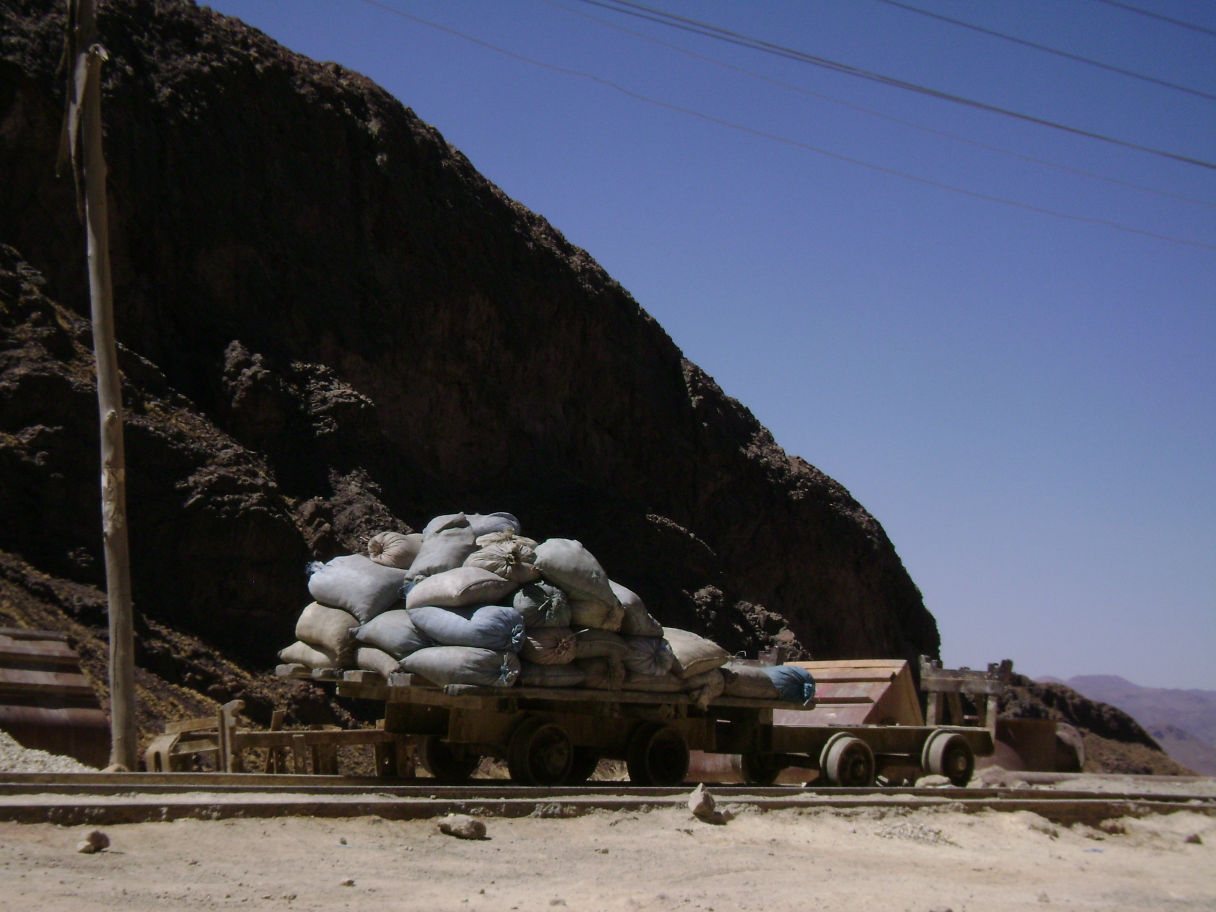 Mining activities entail serious social and environmental impacts, which are well known to local communities in Bolivia. That is why many of these communities were excited about the adoption of indigenous and community rights, environmental protection principles and the priority given to the use of water ‘for life’ in the new Bolivian Constitution adopted in 2009. These and other measures were initiatives of the new government under Evo Morales that awoke expectations among rural and indigenous communities. Yet, despite political changes, the management of socio-environmental impacts of mining activities in Bolivia has not improved.

After several years, it is now possible to analyse the performance of the mining sector in Bolivia. To that end, a good case in point is the situation of the communities that live in the Uru-Uru–Poopó basin, in the heart of the Andean highlands. It is a region now known for the almost completely dried up Lake Poopó, a lake that used to be Bolivia’s second biggest and one of the largest in South America.

Communities living in this region have denounced the severe social and environmental effects of mining for years. And today, despite the centrality of the themes of Vivir Bien (Living Well), Pachamama (Mother Earth) or the environment in government discourse, those impacts remain. Indeed, the study just published by myself and co-author Helga Gruberg Cazón about the socio-environmental management of mining in the Lake Poopó area shows that if the current situation is compared with previous governments of neoliberal inspiration, no major progress has been made. 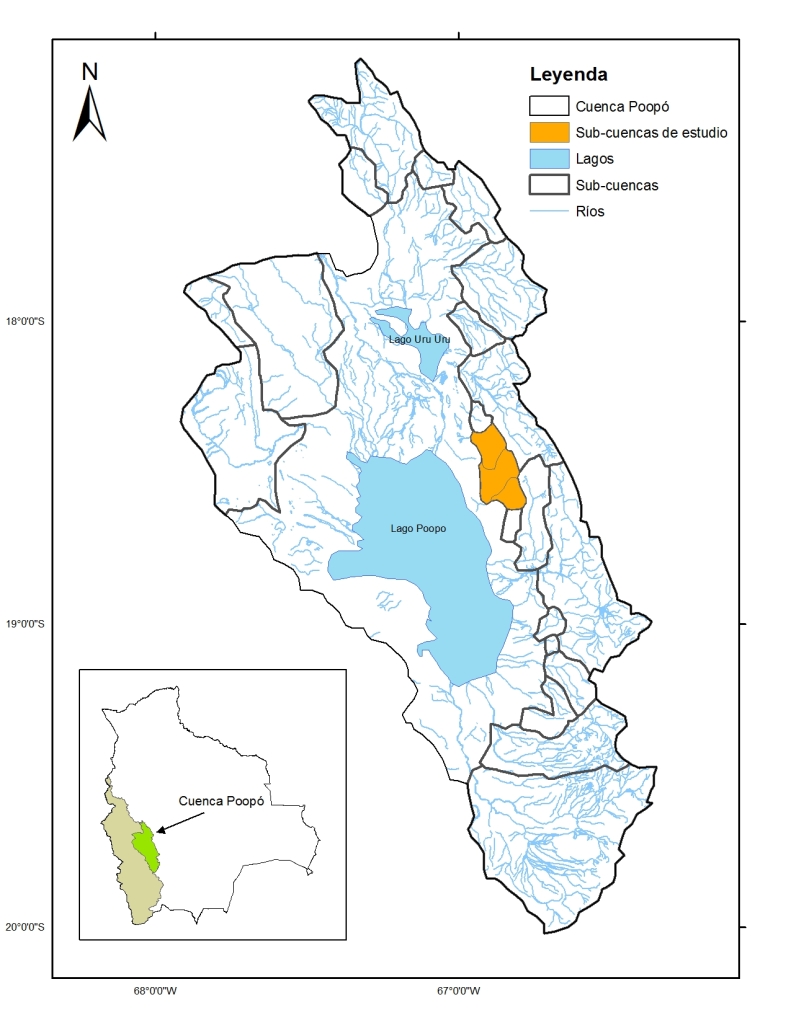 The Poopó Lake received a discharge of heavy metals from mining well above the permissible limits. Every day—according to a study published in 2012—40 kg of cadmium, 3969 kg of zinc, 822 kg of arsenic and 73 kg of lead were discharged into the lake. Every day. These are extremely high values. Heavy metals in water contaminate plants and livestock, reduce crop yields and cause deaths and birth defects in animals. They also create health problems for the communities who use the water for cooking or washing. In our research, we found that even children in a rural school consumed highly contaminated river water.

While some of these problems are well known, difficulties and delays were also observed in the implementation of environmental remediation plans. In 2009, thanks to social mobilisations, the area was declared to be in a state of environmental emergency due to mining contamination (Supreme Decree 0335), and a plan for the “holistic remediation” of the basin was proposed. Remediation goals achieved so far, however, belong to secondary areas, and have not been translated into visible improvements for communities.

In order to reduce management costs, mining companies take advantage of the weakness of environmental and social regulations and the lack of rigorous controls. Private firms, which many take as examples of “good governance” for their ability to formally meet the requirements of environmental regulations, pollute extensively. In the case of the Bolivar mine, operated by Sinchi Wayra-Illapa—the largest transnational company in the area, owned by the Swiss group Glencore, now in part publicly owned by the Bolivian government—serious breaches exist, reported by communities and confirmed by state managers.

But the problems are repeated under other property regimes. Mining projects that are formally cooperatives, and therefore presented as different from conventional companies, nonetheless systematically violate socio-environmental standards and actively resist state control. Even state-owned enterprises, most notably the Huanuni mine, are among the main polluters detected in the study.

Even when environmental standards are formally met, this does not ensure a reduction in mining impacts. Moreover, the key stakeholders and experts we consulted in a series of interviews all agree that there have not been significant advances with the current government. For all these reasons, mining in Bolivia remains mired in social and environmental irresponsibility.

The Poopó Lake has lost most of its surface and is undergoing a salinization process. Photo credit: Helga Gruberg

The reasons for the crisis

It is important to explore the reasons why problems persist—in terms of legal frameworks, control mechanisms or Bolivian public institutions—in order to ensure the necessary social and environmental management of mining.

First, the study of the Lake Poopó region found that no significant progress was made in the legal framework for the socio-environmental management of mining activities. Mining remains regulated, on the one hand, by laws and regulations created during Bolivia’s neoliberal period, such as the 1992 Environmental Law and the environmental regulations in the 1997 Mining Code. On the other hand, the latest addition under the administration of Evo Morales, the Law of Mining and Metallurgy passed in 2014, deepens the marginalization of community actors and limits the application of indigenous rights.

Second, the state has institutional constraints that hinder carrying out effective socio-environmental management. State actors interviewed admit that there are problems and endemic weaknesses in the way management works, such as lack of personnel, tools and financial resources to oversee mining activities.

Finally, there is a conflict of interest. Mining remains a strategic economic sector in Bolivia, and mining actors are important allies of the government. Such factors combine to limit environmental controls and the enforcement of the rights of communities, to not threaten the supposed economic benefits that are to be generated from mining extractivism. A prominent example is that, in the region of the Lake Poopó, actions taken by the regional government of Oruro to sanction the Huanuni mine for its evident environmental impacts have met with resistance in both the central government and the miners themselves.

The affected communities perceive the favours granted by the current government to the mining sector as being to the detriment of the environment, and that their demands are not supported nor heard by state authorities. The government has even intervened in peasant and indigenous organisations, favouring the groups supporting  the state while repressing those who denounce social and environmental degradation. As a result, among other measures, it divided the Andean indigenous federation CONAMAQ (National Council of Ayllus and Markas of the Qullasuyu), and has disempowered local communities.

The growing dependence on Bolivian mineral exports, advocated by many as a promoter of economic welfare, has actually deepened the deterioration of the living conditions of rural communities and has increased tensions between the mining sector and indigenous-campesino communities.

The study shows that specific remediation actions are insufficient. It is urgent to rethink livelihoods and development in traditional mining areas. Not only does the mining sector demonstrate a chronic inability to improve its socio-environmental impacts, exacerbated by weakness of the state; the actual contribution of mining to economic and social development is also very limited.

The conjuncture of low mineral prices could be used to advance proposals and discussions on the reconversion of the productive matrix of the Bolivian highlands, away from the destructive dependence on irresponsible and predatory mining. To advance on this path, it is necessary to resume discussions on alternatives to development.

This post was originally published in Spanish in Ambiental.net, the web-portal of CLAES—Latin American Centre for Social Ecology. The full report in Spanish, authored by Diego Andreucci and Helga Gruberg Cazón, can be accessed here. Thanks to Eduardo Gudynas for help in the preparation and circulation of the original article. Translation revised by Melissa García Lamarca. Author email: diego.andreucci@gmail.com. Twitter: @diegoandreucci