The Bio-Financialization of Irish Water: New Advances in the Neoliberalization of Vital Services

Patrick Bresnihan discusses the emerging neoliberal trend of financialization of basic infrastructure and its implications for scholars and activists, in the context of significant ongoing changes in the organization of water services in Ireland.

In their recent article, “Banking Spatially on the Future: Capital Switching, Infrastructure, and the Ecological Fix” (2015), Noel Castree and Brett Christophers make an important analytic connection between the climate crisis and the financial crisis. They focus their attention on the unprecedented scale of capital-intensive infrastructure projects (from housing to road to energy and water provision) that will be required to address the effects of climate change as they intensify. They also see how such investments can provide a positive and socially progressive response to the current financial (and more broadly, economic) crisis: by drawing some of the vast reserves of financial capital away from speculative, short-term investments into more productive, sustainable and long-term investments the financial system can be moved to benefit society at large.

For Castree and Christophers, the objective of national governments and policy-makers should be to find ways of attracting financial investment into infrastructure, thereby linking the flows of finance capital with the flows of vital resources necessary for social and ecological reproduction – an argument that fits with similar calls for a ‘green’ new deal for the twenty-first century.

In a recent paper, I show how something like this process is already happening in Ireland but not in a way that Castree and Christophers envisage. In response to the fiscal crisis of the state (post-troika bailout) the decision was taken by the Irish government to establish ‘Irish Water’, a new state owned water utility responsible for the operation, maintenance and improvement of all water services infrastructure, customer billing and charging.

The new water utility is designed to take the cost of water services off government expenditure, a strategy of financial engineering that is also being applied to other parts of the public sector (healthcare, housing, transport infrastructure). Previously, water and wastewater services were paid for through general taxation (no water charges) and were the responsibility of thirty four local authorities.

The new national utility centralizes the management of water services within a single, streamlined semi-state company and aims to generate the revenue from the introduction of household water charges and by raising external private investment independently. This latter point is important because the income generated from the water charges alone will not be sufficient to finance the projected 20 billion euro investment in water infrastructure over the next fifteen years.

The new utility must therefore harness the new stream of revenue from water charges to borrow directly from global financial investors, such as pension fund managers (most likely by issuing five or ten-year infrastructure bonds). In this way a significant, new relationship is being constructed between the flows of water in Irish taps and the flows of money in global financial markets. This describes a process of financialization of public services.

However, while there has been much focus on the privatization and commercialization of water services in both the Global North and the Global South in the context of neoliberalism, there has been less attention paid to this process of financialization. I want to briefly highlight three points about the novelty of this process and why it is important for political ecology scholars and activists to consider. 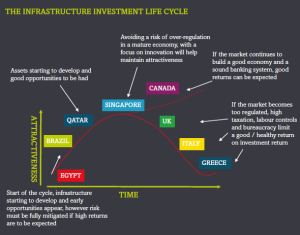 In other words, the transformations required to turn something like a water system (pipes, treatment plants, energy pumps etc.) from a material, spatially-specific infrastructure into a predictable, well-performing asset circulating in secondary financial markets. This transformation demands the re-organization of the water system in line with the legible (i.e. understandable, readable) terms of financial investors and markets – namely by showing it compares favourably with other investment opportunities in terms of yield and risk.

Examining this process is particularly important because of the central role played by the state in transforming a previously publicly funded, state managed service and infrastructure into a financial asset for private investors to benefit from (e.g. as the graph above illustrates, countries with strong market regulation are not conducive to borrowing from private investors). 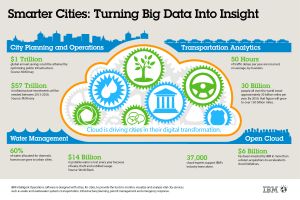 Second, the need to measure and demonstrate the financial performance of a utility like Irish Water dovetails with new approaches to environmental management and ecological modernization, particularly as articulated through European directives such as the Water Frameworks Directive.

In my article I describe how Irish Water has been taking steps to assess the performance of more and more aspects of the hydro-social cycle, including through the installation of household water meters. This is not just to improve its financial performance but to comply with highly technical and demanding regulatory frameworks, such as the EU Water Framework Directive.

It is important to note that what is being measured here is not the present value or condition of Ireland‘s water resources and infrastructure but their future value and performance (i.e. as providers of ecosystems services). One consequence of this is the central role that data and information communication technologies will increasingly play in mediating and representing the value of the water network and the comparative performances of the utility and of individual households.

This intensifies and extends a more general tendency in how ‘nature’ is being valued within contemporary capitalism: no longer a limited stock of material inputs metabolized within the production process, but an infinite series of performing assets that can be measured, evaluated, circulated and speculated on in financial markets. Of course, the overlaying of these new information systems onto water resources and infrastructures are not neutral or transparent. They transform social and ecological interactions and generate new exclusions. 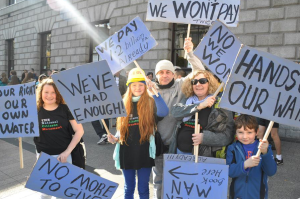 Finally, the establishment of Irish Water has provoked by far the largest and most significant popular mobilization of people in Ireland since the economic crisis of 2008 and the austerity policies implemented after 2010. While protesters have different motivations for resisting the new utility, the main target of opposition has been the introduction of water charges. These are rightly seen as regressive and an unfair burden on many people after five years of austerity.

In a context where the financial viability of the new utility relies on the disciplining of water users as reliable sources of revenue and efficient users of limited resources it is clear that the ongoing resistance to the charges is an effective obstacle to the financialization of the Irish water system. As supporters of Irish Water and water charges keep affirming, however, a consequence of this resistance will be an inability to access the external financial investment necessary for the upgrading of the water system.

This raises important, broader questions about the highly uneven power relations that characterize the global financial system and the challenge of making alternatives that are not so dependent on that system. Meeting this challenge will require experiments with (and struggles for) new ways of financing, governing and organizing vital infrastructures that don’t rely on nostalgic visions of the state-managed model of the past. These experiments will need to re-politicize and ecologize infrastructure-making away from the limited technical and financial concerns that have historically dominated the field.

* Patrick Bresnihan received his doctoral degree in sociology from Trinity College Dublin in 2012. He is currently working for the National Economic and Social Counci (NESC) in Ireland as lead researcher on the project: ‘Environmental Sustainability and Local Development: Aquaculture‘. He has just completed a book entitled Transforming the Fisheries : Neoliberalism, Nature, and the Commons, which will be published by the University of Nebraska Press in early 2016. He is also part of the Provisional University, an activist-research project based in Dublin. 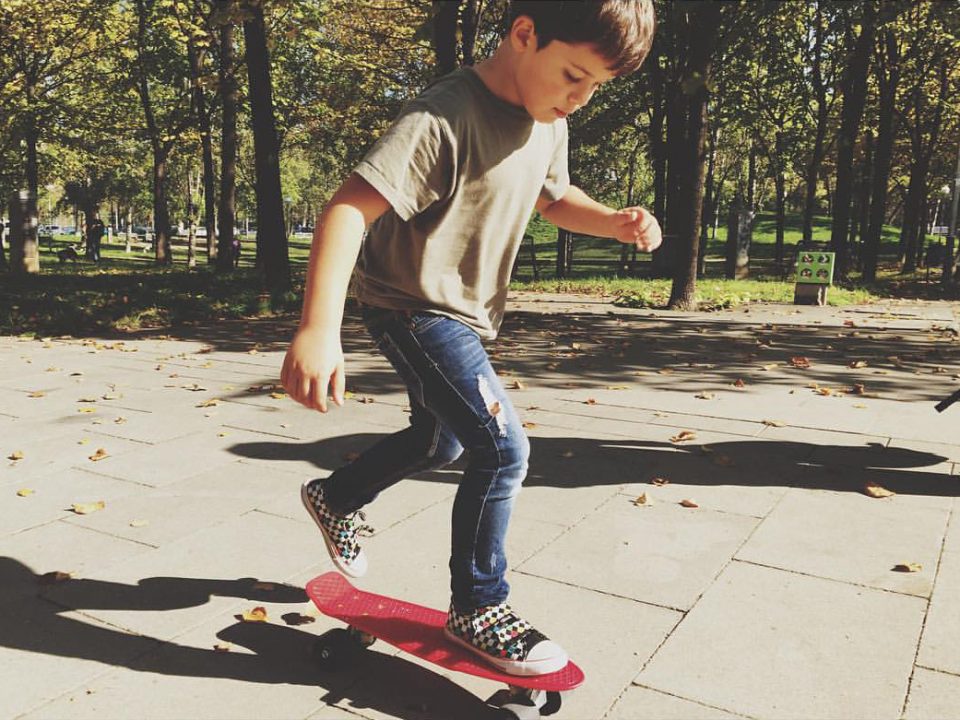