Peter Bratsis on the Greek crisis: The materiality of power and the physics of change (Part I)

Societies are self-created from the ground up, political power has a materiality and momentum that can not easily be redirected or undone or wished away. But, at the same time, we are active in the creation of this power and are capable of transforming it precisely because of the ways that we ourselves constitute this very materiality of political power.

A transcript of the talk “The Materiality of Power and the Physics of Change: Lessons from Henri Lefebvre, NIcos Poulantzas, and the Greek Crisis” given at the conference Democracy Rising that took place at the University of Athens, 16 – 19 July 2015 **

The events of the last few years, and especially the last couple of weeks, have made it extremely obvious that we have once again reached a point similar to that in ancient Rome when its great historian Livy declared “In our times we can neither endure our faults nor the means of correcting them”. The existing systems of European cooperation and integration, capitalist regulation and accumulation, and national politics and production can neither continue as they are nor do they seem capable of reforming themselves.

This more general malaise and incapacity is reflected, unfortunately, in the limits within the existing left in Greece and beyond. The sad fact is that all the significant factions within the Greek left (Syriza, KKE, and Antarsya at a minimum) are all caught within a fundamentally liberal standpoint. For all, homo oeconomicus is an explicit given. Economic development and growth (that is, increasing GDP and rates of consumption) are the main goals. Any differences that may exist between various factions within the left are mainly about which road is best for economic growth and wellbeing. Inside the eurozone or out? With or without privatization of public enterprises? And so on.

As such, the notion that the Left Platform within Syriza is indeed to the left of the rest or Syriza or that KKE or Antarsya are even more so is not at all based on differing agendas and goals, they only differ in their judgment regarding choice of tactics.

Any question of political emancipation or of the radical transformation of society is tragically absent in the debates and squabbles of the left.

The ongoing dilemma of leaving or not leaving the eurozone, it follows, is not a matter of political principle but of costs and benefits. Although some of our comrades have taken any concessions regarding austerity by the Syriza government as a sign of betrayal and defeat, if the question before us is how can we best and most quickly end austerity and return to economic growth, the conclusion that this can best be achieved through continued agreements within the European Union and not by breaking with the euro is an understandable conclusion.

Moving to the Drachma would also entail much austerity, certainly much more in the short run. We must add to such judgment that there are many factors at play and no one can predict today whether a move to a national currency or continuing with the euro will result in a higher level of economic growth in 4 or 5 or 10 years from now. The bet on the euro or the drachma as the better road is a function of measurement and tactics not one of different principles or goals.

The sclerosis of left thinking is further evident in many of the slogans and formulas that are popular today. For example, at a time when, for the first time in the history of capitalist societies, in Greece less than half of the population is even active in the labor market, we still find the old workerism and historicism of the past generations in much of the left, such as Antarsya’s position against ‘class collaboration’ and in favor of the giving power to ‘the workers’.

Syriza, for its part, with its constant mantra of the ‘humanitarian crisis’ has taken on the imperial gaze, reducing Greeks to ‘bare life’, perhaps worthy of our pity and charity or protection but not political subjects in their own right. From this perspective, as liberal as it gets, Greeks are reduced to their biological substructure, suffering beasts, and recognise themselves as victims in need of charity and saving by the political subjectivity of the capitalist heartlands. 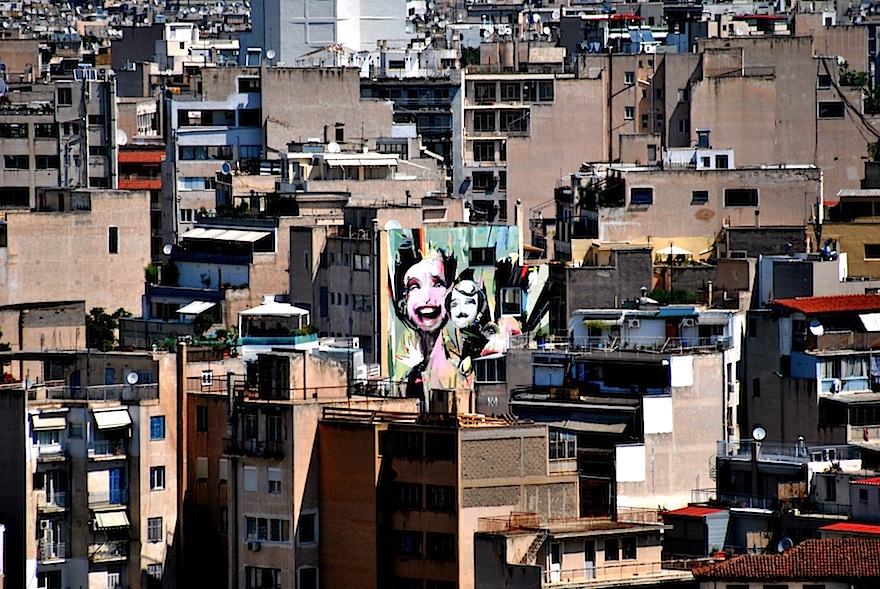 Fortunately, even with such fundamental failures in our thinking and imagination, there is always the capacity and potential to transform ourselves and our communities, to break with the liberal/economistic imaginary that has colonised and vulgarised so much of our political and intellectual lives. Most notably perhaps, the claim that political power is not ‘won’ in elections, that it needs to be produced, to emerge from below, a claim that Alexis Tsipras has often asserted and which is common to Syriza, Podemos, and many other parallel political movements today, presents us with a key and, potentially, very fruitful path of action.

For, in opposition to the dominant ways of understanding the political world as a neutral and fixed arena of competition, or of political power as something that can be wielded according to one’s will, this formulation builds upon the key insight that runs from Aristotle to Machiavelli, Gramsci, Castoriadis, and many more, that societies are self-created from the ground up, that political power has a materiality and momentum that can not easily be redirected or undone or wished away but, at the same time, that we are active in the creation of this power and are capable of transforming it precisely because of the ways that we ourselves constitute this very materiality of political power.

Unfortunately, there appears to be little consideration as to what kinds of activity it takes to produce a new political power. What is it that constitutes the materiality of political power and how can new forms and articulations of such power be produced? Is political power produced through protests and demonstrations? Does public opinion have any political efficacy?

The second part of this post will attempt to address these questions and speculate on what types of changes Syriza may need to engender in order to transform political power in Greece and create a new, more democratic, society.

** The First World Conference on the subject “Democracy Rising: From Insurrections to ‘Event’” was organised by the Global Center for Advanced Studies (GCAS).