Report: “Water for whom? Water scarcity and tree plantations in Arauco Province (Chile)”

Chronicles from an eternal present. A review of "Critiquer Foucault", edited by Daniel Zamora (I) 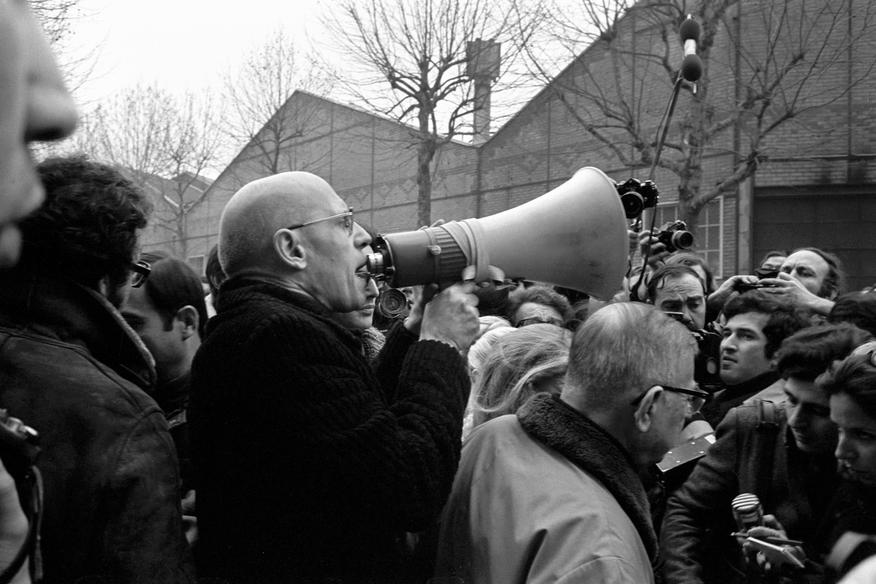 Reviewing Critquer Foucault is not an easy task, for at least two reasons. The first – which will be discussed in this post – is related to its dishomogeneity, both in terms of its argumentations and of Foucault’s texts analyzed. In the six essays included in the collection Foucault is criticized from the Left and from the Right, at times in relation to a specific problematic issue, at times because of a certain authorial posture or philosophical attitude. Similarly, the works discussed vary: from the biopolitical lectures (1976-1979) to a 1977 journalistic review for Le Nouvel Observateur, from Discipline and Punish (1975) to the Foucaultian corpus as a whole – it is curious to know, however, that despite the title the works of the 1980s are only occasionally mentioned.

It is necessary to provide a brief overview of the different contributions to grasp such a fragmentary structure. Michael Scott Christofferson’s chapter describes, in a rather antiseptic manner, the contextual elements explaining Foucault’s public appreciation of a highly controversial book such as André Glucksmann’s Les maîtres penseurs (1977). The author aptly points out Foucault’s “anti-statist affection for direct democracy”, whereas “his intense anti-communist tendency” (p. 23) deserves a more in-depth analysis. Exactly because of “the domination of Marxism and communism in French culture” (p. 28), it seems quite obvious that Foucault’s critique has mostly to do with their nature of major language – as Deleuze and Guattari would have put it –, namely with their effects of hegemonic ossification and identitarian crystallization. Foucault’s approach cannot be reduced to the sharp aut-aut between Marxist fideism and anti-Marxist indifference. I will come back to this point later, but it is worth mentioning it now since it allows the relativization of truly excessive statements such as this: “The parti pris anarchism of Foucault’s thought led him to some convergences with Glucksmann” (p. 31). Things are not exactly as Christofferson puts it; rather, it is Glucksmann’s distance from the dogmatism of ‘official’ Marxism which constitutes an element of affinity and interest.

Loïc Wacquant’s and Jan Rehmann’s chapters strictly pose the problem of the permanence of coercion and domination within the context of governmentality – most notably in its neoliberal form. The first is rooted on a structuralist ground and reproaches Foucault for a sort of blindness concerning the State. As he argues, such blindness entails on the one hand the impossibility to understand its transformation in an extremely violent “neoliberal Leviathan” (p. 127); on the other hand, it implies the incapability of grasping how the crisis of Welfare State directly leads to the double trap of punitive Workfare and class-based Prisonfare. From a different perspective, Rehmann criticizes Foucault – or more specifically German governmentality studies – for having overlooked the ideological nature of neoliberalism. Starting from the Gramscian notion of hegemony, the author shows how the rhetorics of efficiency and self-entrepreneurship hide an unprecedented form of class domination. In order to eliminate such a bias “the new governmental techniques elaborated in managerial textbooks should be analyzed against the background of the capitalist mode of production in its high-tech dimension” (p. 158).

These contributions raise significant issues for Foucault’s scholars, and it is perhaps a missed opportunity that the latter have been evoked not as interlocutors but as polemical objects. In fact, I am convinced that the analysis of the neoliberal State in Birth of Biopolitics (1979) could provide valuable insights to the study of the privatization of the penal system in the US, just as the notion of “regime of truth” could pertinently counterbalance the tendency of the critique of ideology to separate with excessive sharpness the ‘truth’ of economic exploitation from the ‘falseness’ of its social representation. In any case, Wacquant’s and Rhemann’s objections are precise and substantial: my impression is that Foucault’s scholars should engage – and, possibly, dialogue – with them.

Unfortunately, the same cannot be said about Jean-Loup Amselle’s chapter – and it is truly sad to state this with regard to a great anthropologist. Yet in his attempt to highlight the irredeemable conservatism of May ’68, Amselle constrains in an unlikely coherent ensemble authors as different as Deleuze and Levy, Derrida and Sartre, Clavel and Foucault – just to mention a few – since they allegedly renounced to radically transform society: “To have down with the Enlightenment! Such could be the slogan of the little philosophical world of post-’68 […] All are united by the fight against totalitarianism, whose main responsible would be Marxism” (p. 169). As if the inconsistency of this proposition would not suffice, Amselle continues by arguing that Foucault micro-physics of power cannot be considered a “political philosophy” since it does not orient itself towards the study of the State, or else that his skepticism vis-à-vis Hegelian dialectic prevents him to analyze not only the “meaning of history” but also its “movement” (p. 167). Thus, Amselle’s effort constitutes nothing more than a visceral polemic which does not open up further lines of development.

Let us just mention the second difficulty in reviewing Critiquer Foucault – which will be discussed in detail in a forthcoming post. It concerns the heated debate mainly sparkled in the Anglophone sphere not by the book – whose translation is under way – but by Daniel Zamora’s interview to the French weekly Ballast, subsequently translated by the American journal Jacobin. Zamora, a left-wing sociologist at the Free University of Brussels, argues that in the late 1970s Foucault did not only study neoliberalism, but was undoubtedly seduced by it. Although the point is not new – it had been raised by Multitudes even before the publication of the biopolitical lectures – it is significant that it still mobilizes visceral passions on both sides of the Atlantic. Such significance is due, I believe, to the fact that what is at stake is not only the ‘correct’ description of Foucault’s opinions in the second half of the 1970s; rather, it concerns whether or not it is possible to politically use the Foucaultian toolkit to understand/transform our present.

In Critiquer Foucault two authors openly back up the hypothesis that the biopolitical Foucault is engaged in nothing less than an “apology of neoliberalism”, according to François Ewald’s definition. They are Zamora himself and historian Michael Behrent, from Appalachian State University. Behrent’s chapter aims at showing how Birth of Biopolitics represents “a strategic endorsement of economic liberalism” (p. 83) since economic liberalism putatively expresses in practical terms Foucault’s philosophical anti-humanism. The chapter surely contains interesting speculative moments, but I think it is important to point out that the general historical logic upon which they rest is developed by the author in a previous article. The considerations on the Welfare State in my forthcoming post will keep this article into careful account. For now, I believe it is relevant to indicate that Behrent took active part in the debate sparkled by Zamora’s interview through a few articulated comments.

* Emanuele Leonardi  is a Post-Doc Researcher at the Center for Social Studies of the University of Coimbra (CES/UC). His research interests include the intersection between the Foucauldian notion of biopolitics and the field of political ecology, the financialisation of the environmental crisis, carbon trading and climate justice movements, and job blackmail and working-class environmentalism.  **The Italian version of this review has been published on the international journal Materiali Foucaultiani and is freely available online. Many thanks to Yari Lanci for revising the English translation.