Social rites and the decoloniality of love: A Muslim-Caribbean Conversation 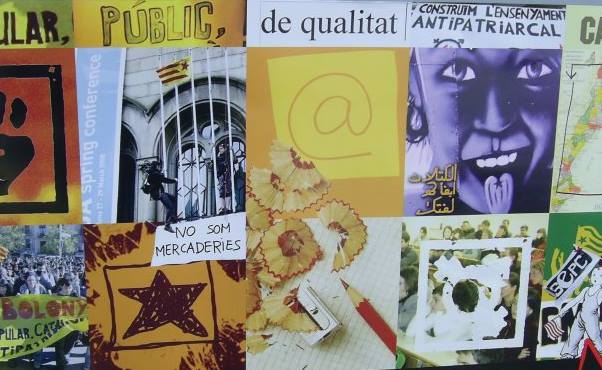 This conversation started during the International Conference on “Epistemologies of the South”, organized in July 2014 by the University of Coimbra. Two of the speakers captured my attention, not only separately but in conversation.

One is Arzu Merali, writer and founder of the Islamic Human Rights Commission whose talk was called the “Interconnectedness of Being“. The other is Nelson Maldonado-Torres, Chair of the Department of Latino and Hispanic Caribbean Studies at Rutgers University, who talked about ‘Human Rights, Dehumanization and Methodologies of the South’.

I realized that there is more to reflect on our forms of activism in the context of excessive and simplified demanding of ‘human rights’.

Arzu started her talk by arguing that the problem of our contemporary democracies does not lie in the lack of application of (respect for) ‘human rights’. Rather, it lies in the exact way these concepts have been thought about from the beginning, in their inherent meaning.

She refers to the fact that there are situations when individuals who complain to the EU court get the violation of their rights recognised; however, in the end, the decision is ruled in favour of the state which violates. It is symbolic of the current human rights regime that individual rights trump collective rights. Some would argue that collective rights per se have no place in the human rights regime.

For instance, a Muslim girl’s right to cover her face has been violated. This violation is generally recognized and thus can be litigated, at least at the European court of Human Rights. But eventually, her right can be violated further.

Why is this happening? Perhaps it is because the state has the final legitimacy of the criteria of living in common. Covering her face would deny the Others (the French) capacity to talk to her. “Does this look like we are back to where we were before, back to being a racialised minority?” Arzu asks.

Individuals seem to matter less even when the paradigm celebrates them as a centre of rights. Arzu argues that the court judgment in the recent case made the French polity an individual-centred one. It reduced the individual applicant to a non-being, or a lesser being who does not bear rights but must be socialized to have her/his behaviour moderated or controlled by the force of law (being grated only certain ‘rights’ and not others). In addition, ethnic or group identity is merely assimilated or rejected. In this context, we ask: what is ‘human’ and what is ‘right’?

The ‘human rights’ discourse (as Ignatief writes) exists to contain the inherent wrongs that people do against other people. This constitutes the subject of the law: potentially deviant individuals understood as such in the rationality of what is right/wrong. By contrast, there is no equivalent meaning of human rights in the Coran (Qur’an/Insan) because there is no concept of human wrong: being a believer equates with the responsibility to believe that being ‘human’ means dignity and perfectibility.

There is a word in the Coran which can be understood as ‘being at the roots of Being’. This means that the social being is part of the interconnectedness of the world’s existence. In this perspective, it is not just about the socio-ecological connections that exist. More so, there is a melting of all beings into one—there is no ‘Other’, we are One in All.

Some movements abandon this perspective and start normalising liberation theologies away from traditional meanings or decolonial interpretations. However, familiarity/toleration with ourselves and with difference does not mean acceptance of “us” in “all”. It is easy to demand justice when you (re)produce the divide between ‘some vs others’. We forget that we are all coming from the same source or roots of being which simply means the equality of all beings.

This is not to be confounded with the Eurocentric understanding of procedural equality which is supposedly guaranteed through equal rights granted by a (national) authority. To avoid this universalism one needs to be reminded that there are different journeys towards the good (life).

How are we to set out the terms of our common living together? Arzu proposes ‘social rites’ as part of the process of revisiting the idea of human rights. In what sense? Arzu argues that these rites allow us collectively to affirm and practice our (potential for) goodness. The intention and action to do ‘good’ is usually prescriptive in any religion/morality. But Arzu tries to distinguish her position from this by using the example of charity.

In the Muslim culture, charity is a structural or communitarian practice: society must do good (help others) before being asked to do so. That is, out of a cultural habit and collective duty of sharing, knowing that my good living is interconnected with the good(ness) of living of all the others.

What attributes of Being does this practice entail? Perhaps we can see ourselves as Souls with bodies attached. This perspective brings to the fore the importance of guaranteeing dignity: the inherent dignity of Being which cannot be merely guaranteed procedurally or legally. Rather, it must be respected collectively in an open sense of equal humanity and being on this planet.

In a similar vein, Nelson Maldonado-Torres proposes the concept of “decoloniality of love”. In his work, this emerges from the Fanonian critique of the Eurocentric order of civilization, in which the attitude of war/conflict is naturalized and expanded in a continuous European-ethos colonialism.

Decolonial love is also central in the work of Chicana theorist Chela Sandoval, with whom Nelson’s work has been in conversation for over a decade. Nelson speaks about the need to reconsider the ideal of ‘human rights’. The latter belong to those who are seen as human beings. However, in the dominant, war/colonial normative order, certain beings are seen merely as instrumental and certain humans as mere ‘animals’ which are to be abused as such.

If some beings are not conferred ‘humanity’, demanding human rights for them does not make sense, and does not make much difference in practice. It is impossible to imagine a plural world without first recognizing the depth of the legacies and continued practices of dehumanization and coloniality.

Nelson made a crucial point. For him, “human rights’ should not be about some feature applied to some-things. It should be about witnessing/serving others with the love for the Being in us/them. We can only know the ‘others’ as ‘us’, through the love/hate we give to ourselves and which creates our common world in this togetherness.

Here Nelson seems to hint at the existence of ‘the other’ as simply as the equal Being, which is similar to what Arzu argues. His argument is partly inspired by the work of Argentine feminist scholar María Lugones and Afro-Carribean scholar Yomaira Figueroa.

Bordering and dividing have been produced by humans in their constant survival, in fear of the unknown of own Being. In the exploitation of land/animals/people, we have been constantly positioning ourselves outside Being in an attempt to name and limit it. In the very ‘civilizational’ process of defining and producing the ‘human’, we left out other possibilities.

My conclusion following these ideas is that perhaps we could think that humanity is still in the being/living at the edge of identifications in order to de-identify ourselves towards Being (rather than liberate us towards some humanist feature). In such spaces of awareness of ambiguities we could live not with some ‘others’, but in the unity of Being. Perhaps this is one of the most important tasks of our world—to constantly create a better practice of love for Being.

For more of Irina Velicu, https://independent.academia.edu/IrinaVelicu