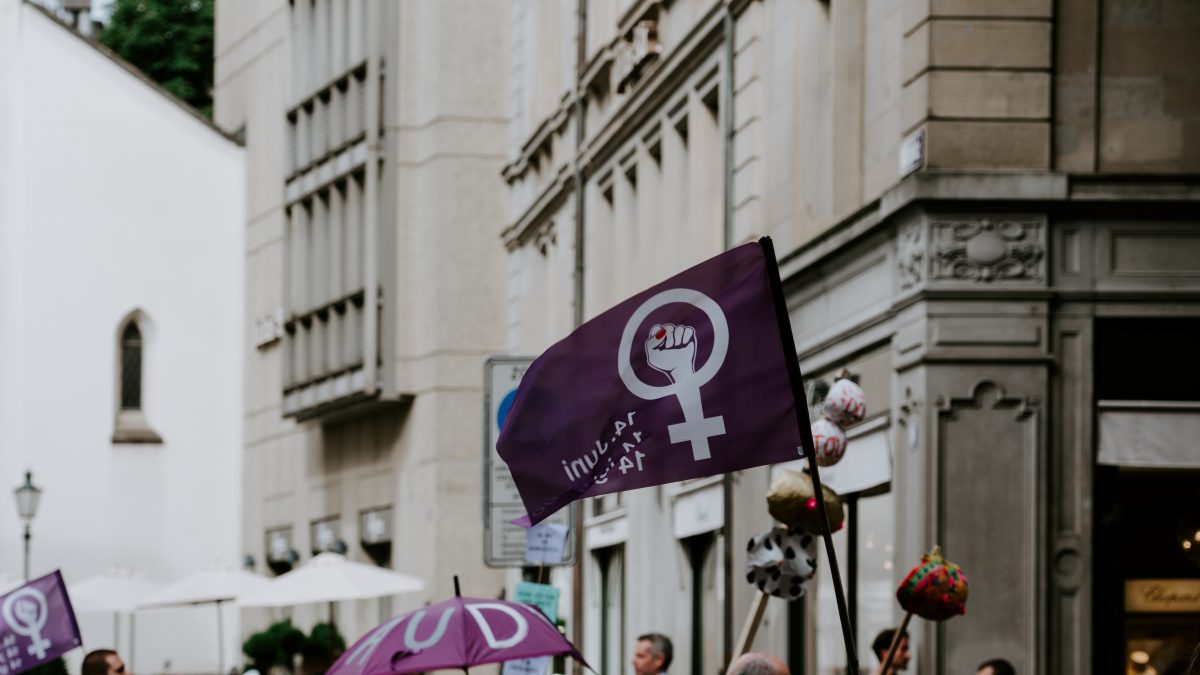 Knowledge about female pleasure is being commodified at an increasing rate, but this is more likely to accentuate existing inequalities, rather than providing the “sexual liberation” it promises for all.

One of the advertisements that pops up most often in my Facebook feed these days promotes a seemingly intriguing online platform featuring educational videos about female pleasure. OMGYes is an applauded website, aiming at “demystifying” women’s sexuality, by providing science-based content, accessible through a paid subscription. “Finally someone who takes on the challenge of openly talking about female pleasure?”, I asked myself, “really?” I invite you to join me and dig a bit deeper into this.

The orgasm gap is not a new phenomenon. It describes the gap of experienced orgasms during intercourse between men and women in heterosexual relationships, as well as between lesbian and straight women. A study from 2018 reported that within a sample of 52.000 U.S. citizens, 95% of the participating heterosexual men said they usually/always came during sex, in contrast to heterosexual women, of whom only 65% usually climaxed.

What is new, however, is the increased commodification of the perceived lack of knowledge about female pleasure. OMGYes is only one example; Climax provides a similar subscription-based program, and all sorts of sex toy companies and sexual wellness advocates have jumped on the wagon to lead couples to “sexual empowerment” and to “close the (orgasm) gap”.

In Feminist Political Ecology (FPE), we understand knowledge on bodies as inextricably linked with social, colonial, ethical and economic discourses. Hence, bodies become sites of both normalization and resistance, which are at risk of being commodified, manipulated for capitalist purposes or constructed for particular interests, while producing unequally distributed costs and benefits. Here, I intend to build on FPE debates, to develop a critique of the increased commodification of knowledge about female pleasure. 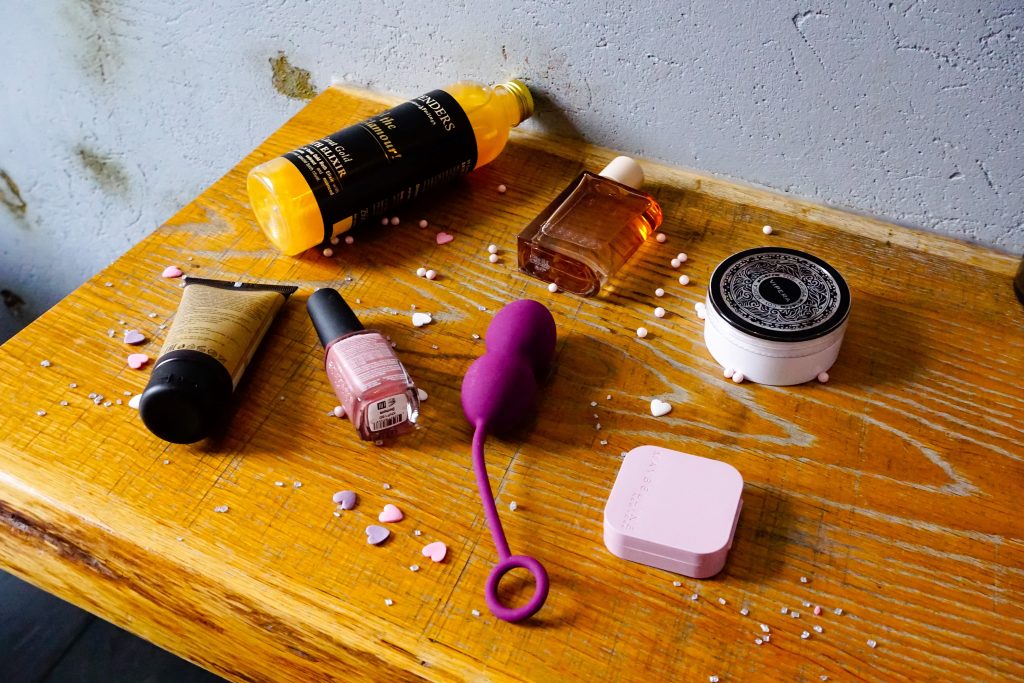 A myriad of sexual wellness products are marketed to “close the orgasm gap”. Source: Dainis Graveris through Unsplash.

Let’s take a look at the conventional explanation behind the orgasm gap. It goes something like this: women in heterosexual relationships climax less often than men, because neither they, nor their partners possess adequate information about the arousal principles of bodies with vulvas and clits. Some sources mention a biological difference, talking about the “elusive nature” of women’s orgasms, a lack of communication and so on. In comes the market, with a miraculous solution: individual education and empowerment, through the consumption of sex education, toys, lubricants, therapy and self-help books, will enable all women to take responsibility for their own orgasms.

Why is this problematic? On the one hand, it promotes an apolitical story about why women experience less pleasure and leaves the underlying reasons for this out of the discussion. Hence, it shifts the responsibility for solving the issue on individual women, without illuminating them about the systemic reasons for inequalities in the bedroom. In the words of Simone de Beauvoir: “Her wings are cut and then she is blamed for not knowing how to fly”. On the other hand, it enables the commodification of a perceived problem within the ecology of female bodies, trough monetizing “solutions” and scientific information.

Ecofeminists have long highlighted the oppression of female bodies and sexuality, also before capitalism, and how this oppression is inherently linked to the exploitation of nature and racialized subjects. Moreover sexual, physical and mental abuse of women has been normalized throughout history in many geographical and cultural contexts, including in “modern” Western countries. Here, the #MeToo movement has been extremely successful at pointing towards the magnitude of sexual abuse and developing support programs for survivors.

However, when it comes to women’s so-called sexual liberation, unsurprisingly the educational resources, tools and information have quickly become valued commodities, available on the market for those who can afford them. Arguably, the commodification of the solutions to a lack of knowledge about female pleasure furthermore contributes to concealing its underlying contradiction: women are structurally disadvantaged and their sexuality has been oppressed historically, but now capitalism comes in and provides a solution “for sale”.

Naturally, this process is likely to reflect and accentuate existing inequalities. Only those who have the economic means to purchase educational programs, sex toys, therapy etc. will have access to “sexual empowerment”. Moreover, given the advertisement and targeting of these marketed solutions, certain groups might be completely excluded, due to representations regarding race, abled-ness, body size and age. In the end, this approach will most likely not make knowledge about and access to pleasure more easily available for all women, but deepen existing inequalities along socio-economic lines.

Hence, although these commodified solutions might be branded as “feminist” and “liberating”, the motivations and goals of revolutionary feminists and capitalists in the sexual wellness industry differ quite fundamentally. While the former perceive the sexual oppression of women as rooted in capitalism and want to move beyond it, the latter seem to be quite happy about the economic opportunities this oppression creates, and would most probably not want to abolish profits and economic growth anytime soon.

An FPE perspective, then, emphasizes the contradictions we are concealing by commodifying knowledge about female sexuality, as well as the shift of responsibilities for improving structurally unequal conditions to the individual (woman). Rather than buying into this surface-level “sexual liberation” provided by the market, as feminist critical thinkers we should be paying attention to forms of resistance that challenge a commodified approach to knowledge about female pleasure.

The global activist and advocacy movement for sexual and reproductive health and rights (SRHR) provides a multitude of examples and inspirations, reaching from feminist consciousness raising groups in the 1970s, to demands around more accessible and inclusive sex education, as well as for reproductive self-determination and sexual diversity. Building on the tremendous achievements of this movement, today I see a need to return to its radical potential, through re-politicizing the discussion on female pleasure. This would mean pushing for a discourse on female pleasure that’s accessible, inclusive and rooted in a will to overcome the patriarchal, capitalist structures that suppressed female pleasure in the first place.

Sarah Bretschko is a master’s student in Environmental Studies and Sustainability Science (LUMES) at Lund University, Sweden. She engages in degrowth and feminist activism, and finds pleasure in collectively politicizing the everyday life.