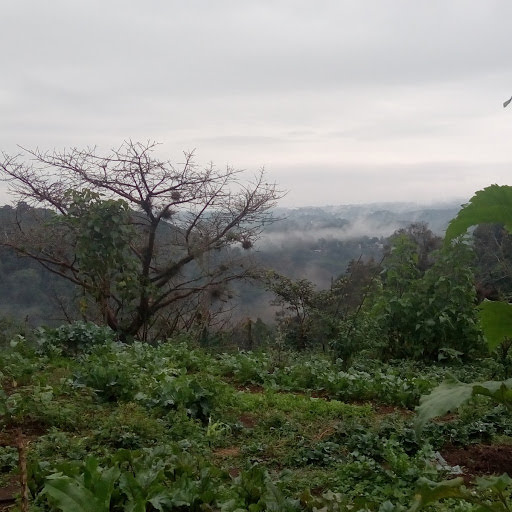 Gardens at an ecological community in Veracruz. A variety of crops are cultivated while also preserving parcels of the native forest. Photo by author.

What might it mean to be “self-sustainable” in a world that is more connected than ever?

During the wave of lockdowns in the early months of the COVID-19 pandemic, self-sufficiency was having a moment. As supply chains became less certain and millions became indefinitely homebound, popular interest in the “simple life” flowered –  hobbies like baking bread, planting backyard gardens, or sewing masks were suddenly hot. The surge in interest in sustainable living suggests there’s something undeniably appealing – therapeutic, even – about imagining and practicing alternative livelihoods, especially the face of intensifying social, political, and environmental precarity. But what might it mean to be “self-sufficient” in a world that is more connected than ever?

In order to explore this question, I spent a year living in “ecovillages” – ecological communities with a focus on sustainable living and self-sufficiency – throughout Mexico, primarily visiting sites in Yucatan, Veracruz, and Jalisco. Ecovillages, a community model popularized in the late 1990s by practitioners in Europe and organizations like the Global Ecovillage Network, have gained a substantial following in Latin America over the last decade. In Mexico, ecovillages are an emergent thread of a much wider constellation of interlinked environmental, agricultural, and social justice movements. My goal was to understand how diverse sets of actors – young people from the cities, hippie caravans, feminist separatists, and foreign retirees – understood and practiced community differently, depending on how they were articulated to these broader networks.

Huehuecoyotl is one of the most well-known ecovillages in Mexico and part of the Global Ecovillage Network. Photo by author.

Ecovillages can be understood as enactments of what Burke and Arjona (2013) call “alternative political ecologies” – new iterations of how communities, systems of production and consumption, and relationships with the environment are, and can be, interrelated. Because ecovillage communities are designed by their residents with the aim of creating socioecological systems that sustain their community, they’re useful artifacts for understanding how different groups imagine these systems to function. Of course, plans don’t always work as expected – plants and animals die, others seem to refuse cultivation, and social groups break apart. But these challenges also generate new sets of practices and understandings about the environment, and the ways that human communities might live well within them.

Research on ecovillages has tended to focus on a number of well-known case studies – including Damanhur, Auroville, Findhorn, Sieben Linden – which are largely (but not exclusively) located in the Global North. But what do alternatives from countries like Mexico, uniquely positioned at the boundaries of the Global North and South, look like? Mexico is an enormously diverse country – not only is it one of the most biodiverse countries on the planet,  but is also home to one of the largest indigenous populations in the Americas. It is also a country of extremes – poverty, corruption, and violence from organized crime organizations are widespread, while small enclaves of elites enjoy much of the results of economic development. In 2019, the year I conducted my dissertation fieldwork, Mexico set a new record for (reported) homicides, despite newly-elected president Andres Manuel Lopez Obrador’s campaign promises to address the issue. Frustration with the status quo, and deep mistrust of the capacity of local authorities to address social problems, have worked to activate and encourage grassroots community initiatives across the country.

Here, I explore a few takeaways from the Mexican ecovillage movement that can challenge more general understandings of sustainable community initiatives.

First, the process of designing community systems is deeply rooted in place, both ecologically and culturally. While some research has suggested that the ecovillage “model” could be translated and applied to different geographical regions, much of this discussion doesn’t leave so much room for examining the importance of social and environmental context.  Moreover, although the term ecovillage also belongs to a global network of related initiatives, it’s important to note that ecovillages don’t all look, act, or operate in the same way. The Council of Sustainable Settlements of the Americas (CASA), a division of the broader Global Ecovillage Network focused on Latin America, recognizes a wide variety of projects and grassroots initiatives as interrelated parts of a broader sustainable community movement, of which ecovillages constitute only a small part.

Different communities across the country subscribe to different styles of landscape management and design strategies, and have distinct underlying ideologies and networks of social relationships. Some communities experience a high turnover of visitors on a regular basis, allowing long-term backpackers a place to stay in exchange for light labor and a small contribution, while others are completely closed to all but invited guests. For example, one community in Yucatan was largely vegetarian, and cultivated complex agroforestry systems to support diverse diets; another in Veracruz insisted that cultivating livestock through careful rotation was the most effective way of building regenerative soils. 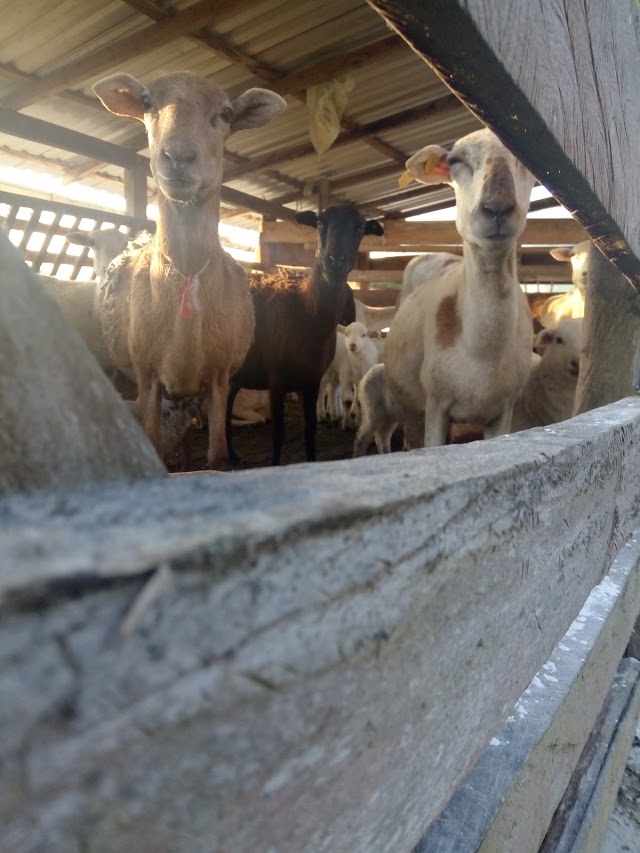 Sheep at an ecological community in Veracruz. Photo by author.

The language of growth and “scaling up” a model, then, doesn’t really apply here. Rather than fitting these different approaches into a singular sustainability rubric, I think instead we could be talking about communities as place-based, collaboratively defined sets of ethics and ways of relating with the natural world. “Scaling” a solution requires a model that can be stripped down and transferred to other ecological and social contexts. Shifting away from the language of growth to describe grassroots sustainability initiatives – especially ones that are explicitly anti-growth – is an important first step. This allows for a broader view – seeing community projects as the emergent products of broader social relations, rather than as a blueprint that can be replicated elsewhere.

Second, studying ecovillages from outside Global North countries helps to confront the social and economic disparities between different groups of ecovillage residents. Critics of ecovillages point out that not everyone can “opt out” of fast-paced, high-waste urban lifestyles to pursue an idyllic rural life. To a large extent, they’re right – owning land, having some degree of financial resources, and social connections to like-minded folks are elemental components of getting an ecovillage off the ground. In order to understand the prospect of supporting sustainable communities, it is also necessary to understand why certain actors are foreclosed from these movements.

These different versions of sustainability are particularly visible in Mexico, which has become a popular destination for long-term tourists and migration of citizens from more affluent countries. The emerging possibilities of working remotely or working while traveling (i.e. “digital nomads”) has led to many moving to Mexico in search of building sustainable places for a fraction of the price in their home country. Migrants (“expats”) from Europe, Canada, and the United States often take advantage of the relatively lower costs, particularly for property and labor, in order to construct and maintain eco-friendly homes and communities abroad. These initiatives, however, reveal deep divides between who is able to pursue more sustainable, communitarian livelihoods, and who is not. Expats that dream of creating their own “sustainable paradise” in Mexico largely rely on these lower prices of labor and goods that have resulted from decades of socioeconomic inequality and Mexico’s implementation of increasingly neoliberal policies. These policies, such as the privatization of previously communal held lands called ejidos, quite literally created the conditions by which foreigners could even begin to think about purchasing land in Mexico in the first place.

At the same time, these hypermobilities have also fused unlikely forms of transnational communities. As sustainable lifestyles become more interesting to young backpackers and nomads, ecovillages can become centers for intercultural exchange and education about topics from building with natural materials to growing organic produce. Activists and travelers interested in exploring sustainability can, and have, become surrogate members of ecovillages founded by Mexican activists, contributing their skills, time, labor and financial support to these locally-based initiatives. 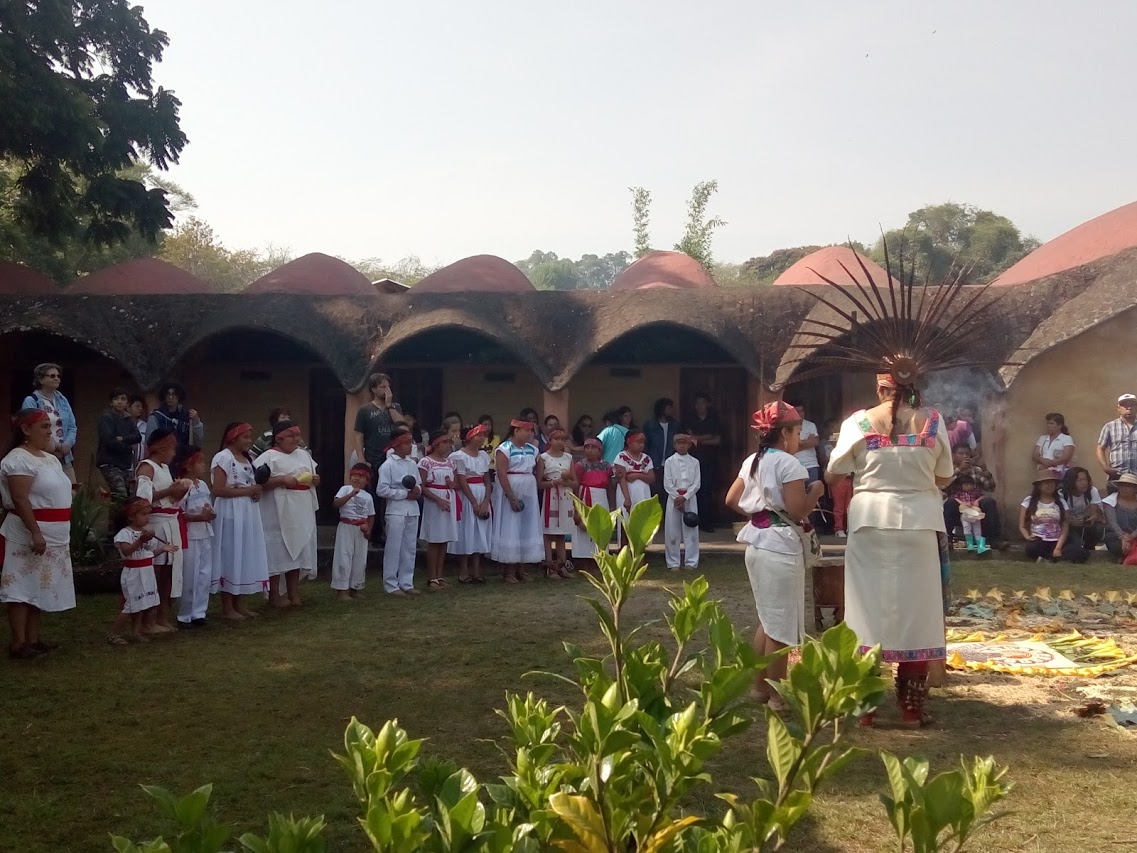 Opening ceremony of a festival held at an ecological community in Veracruz, performed by local indigenous groups. Photo by author.

This brings me to my final point – that these emergent forms of community represent new and creative ways for marshalling support for grassroots projects. Many ecovillage residents describe an end result that includes resilient and diverse agroecosystems and forms of economic and social support. However, these social and ecological systems take time, energy, and often large amounts of money in order to develop. Some communities in Mexico also rely on contributions from external parties in order to reach these goals. These include various grants for local and regional development – largely centered on the promotion of arts and culture – as well as foreign foundations and grants focused on the promotion of regenerative agriculture. These external linkages open up these communities to new lines of income, but also open up dialogue between local initiatives and transnational organizations.

In 2019, the uptake of a new nationwide program called Jóvenes Construyendo el Futuro (“Young People Building the Future”) shows how grassroots communities take advantage of these diverse lines of support. The government-sponsored program provides a monthly stipend to young Mexicans between 18 and 29 who committed to a work training program, including work with civil society organizations. Some ecovillage communities have eagerly adopted this program, particularly to support local youth who work alongside community members to learn about regenerative agriculture and livestock care. In turn, taking part in the program has allowed young people the ability to stay in their communities, rather than leaving agricultural work behind for a new profession or relocating to urban areas.

In post-COVID times, these speculative ventures and visions of a sustainable future are more important than ever. We would do well to listen to voices from the Global South, which resist a “return to normalcy” without critical examination of what this means in practice (“normal” for whom?). One of the ways academics and activists can do this is by looking at the unique ways that alternative movements envision and construct sustainable futures. By recognizing the diversity inherent in these approaches, we can begin to see the future as a diverse patchwork of possible approaches, rather than a unilinear track.

Olea Morris is a PhD candidate in the Department of Environmental Science and Policy at Central European University. Her research focuses on the production of environmental knowledge in alternative community and agricultural movements, primarily in Mexico.

Cover Image:  Gardens at an ecological community in Veracruz. A variety of crops are cultivated while also preserving parcels of the native forest. Photo by author.