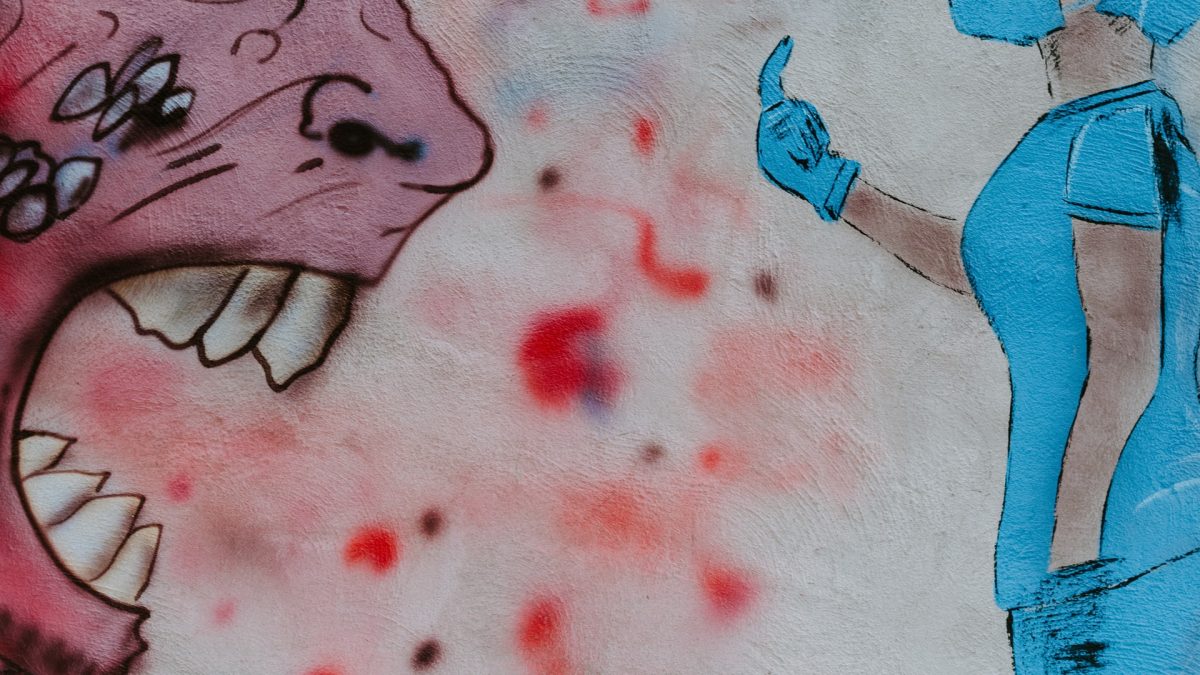 Hopeful initiatives of solidarity and commoning during the coronavirus pandemic are not enough for redressing social inequality. A post-COVID world must genuinely value care, embrace instead of devalue vulnerability, and attack the existing structures of privilege.

The view that radical societal change has been taking place during the COVID-19 pandemic has been expressed by progressive figures and organisations. For example, George Monbiot has recorded a series of solidarity, bottom-up community actions to conclude that power has migrated from the market and the state to the commons. But despite fascinating and hopeful initiatives of solidarity and commoning developed during COVID-19, the experience of inequality during the pandemic seems to suggest that not enough has yet changed.

In April, thousands of Romanian farmhands were recruited in Germany to pick asparagus, after German agriculture lobbies pressed the Federal Government to put pressure on the Romanian government to give them an extraordinary exception to the draconian lockdown imposed in Romania. Migrant workers included people from one of Romania’s coronavirus hotspot areas. Buses to reach airports were packed.

Typically, migrant workers live in crowded housing conditions close to the fields where they work, usually for more than 10 hours daily. In the asparagus case, precarious working conditions included a special clause (denounced by German trade unions) according to which it depends exclusively on the employer to organise their return journey back to Romania. This means that employers can send workers back home before they work the minimum amount of days required by German legislation to start paying for social security. So, if their working, housing or travel conditions make them sick, the Romanian health system would have to take the costs.

Clearly physical distancing is a major factor in reducing vulnerability to the coronavirus. But the capacity to exercise physical distancing may also be an indicator of inequality; indeed, one may even say it is in itself a privilege. In the US, the potential for teleworking runs parallel to income lines: the top income quartile includes more than 6 times more the amount of teleworkers from those in the bottom quartile, and more than 3 times more those in the second lowest quartile. And such spectacular inequalities are not only the stock in trade of Trump’s America Made Great Again: in the euro zone, high-income households have on average almost double the living space compared to those in the bottom decile: 72m2 compared to only 38m2.

Similar findings have emerged about race: early counts of deaths in the US showed that coronavirus was killing far more black and Latino people in comparison to the percentage of population that they represent – for example, in New York city the rate was twice as much for those populations than for white people.

When it comes to inequality, all those seem to be examples of immobility rather than change during pandemic. This perhaps should come as no surprise. Historian Erin Maglaque underlines how “for many the world stood still” during a 17th century plague outbreak in the city of Florence in Italy: not only the poor were prohibited from doing things that the rich could exercise during quarantine, such as burying their dead relatives in parish churches instead of mass graves, but also discriminatory perceptions of the poor “as thoughtless and lazy, opportunists who took advantage of the state of emergency” by enjoying relief efforts by the city’s authorities without working were on the rise.

Indeed, humanity’s past experience with pandemics is telling when it comes to radical change. The record shows that inequality can be reduced with pandemics, but only in those cases where it involves massive death. Such was the case with the 14th century Black Death, which killed as much as a third of the population of Europe, whereby labour shortage resulting from the decimation of populations ended up doubling or tripling wages for ordinary farmers and craftsmen.

Painful but less deadly disease outbreaks don’t seem to be enough for changing inequality. The 19th century outbreaks of cholera in Europe played a big part neither in that century’s major political upheavals that sought the reduction of inequality, nor in changing state administrative and political structures; and the sanitary revolutions, which followed and helped improve general living conditions, were instead the result of a “wide variety of reasons”. Therefore, both historical and contemporary experience calls for caution as concerns pandemics and radical societal change. 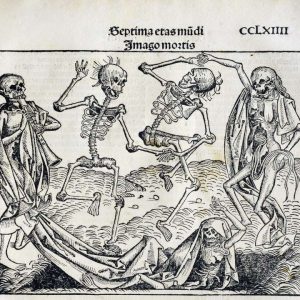 The Black Death pandemic did reduce inequality in Europe, but as much as a third of the European population died in it. Image: “Liber chronicarum, 1. CCLXIIII; Skeletons are rising from the dead for the dance of death.” Anton Koberger, 1493, public domain. Source: livescience.com.

But of course, the glass is never just half empty.

One surely positive thing about the COVID-19 pandemic is that it has made visible the importance of care and care infrastructure in society. Care for the sick; for the children that suddenly need to stay at home; care for those more vulnerable to the virus, such as older people; care as in the services provided by domestic workers and cleaners in residential and public buildings, and which are essential for avoiding the spread of virus; care in the sense of provisioning for basic needs, such as those provided by supermarket attendants.

Still, when it comes to care, gender emerges as a category of inequality. Across OECD countries, around three quarters of the people working in health and social care are women, with clear gender implications as to who bears the brunt of COVID-19 related care. Needless to say, in the global North, the providers of that care tend to be not only badly paid and employed in terribly precarious working conditions, but also discriminated, intersectional subjects, such as immigrant women, regularly treated and thought of as lesser individuals.

For example in Spain, one of the countries hardest hit by COVID-19, more than 40% of domestic workers are immigrant women, in a sector where salaries are almost 60% lower than the country’s gross average. This in a country where one out of two women report having experienced discrimination due to their ethnic origin; and, approximately a fifth of immigrant women report regularly experiencing language that ridicules their ethnic or national origin.

The coronavirus pandemic seems to have prompted some governments to timidly decide to dedicate some resources to care activities, such as the Spanish government’s decision to provide a minimum vital income. But making the mental and political shift towards valuing care might take much more than meets the eye.

In a thought-provoking piece written back in 2016, writer and artist Johanna Hedva argues that, to truly value care systems, vulnerability should stop being seen as a temporary, abnormal state of existence.* Hedva, who herself lives with chronic disease, supports that our bodies are “primarily and always vulnerable”, indeed that “our body is defined by its vulnerability” and for that reason “it is continuously reliant on infrastructures of support” in order to exist. But by “seeing wellness as the default, standard mode of existence” we end up also seeing illness as temporary, an abhorrence to the norm, which then makes us conceive of care and support in the same way, that is as something required only occasionally”. “When sickness is temporary, care is not normal”, Hedva powerfully asserts.

In that sense, a vital priority ahead is an upscaling one: “to extend care from individual bodies to what allows them to persist: relationships, ecosystems, and the biosphere, the whole planet” as the Rome-based feminist group “Non Una Di Meno” (“Not One Less”) asserts (my italics).

To get there, a crucial challenge lies on the way: that is, to find ways to upscale while keeping in view that inequality doesn’t only change by reconsidering our mental structures about vulnerability and care. For that to make any sense it must go hand-in-hand with drastic reductions of privilege. This is because upscaling requires using resources now dedicated to those “whose importance and care dominates … society, at the expense of everyone else” as Hedva puts it.

Let us not forget that privilege sits at the centre of inequality. In places like the US, men wait an average of 49 minutes before receiving an analgesic for acute abdominal pain while women wait an average of 65 minutes for the same thing; and race determines the quality of care received even in cases where people have the same insurance, as experts explain. And of course, ours is a world where “90 per cent of global medical research expenditure is targeted at problems affecting only 10 per cent of the world’s population.” 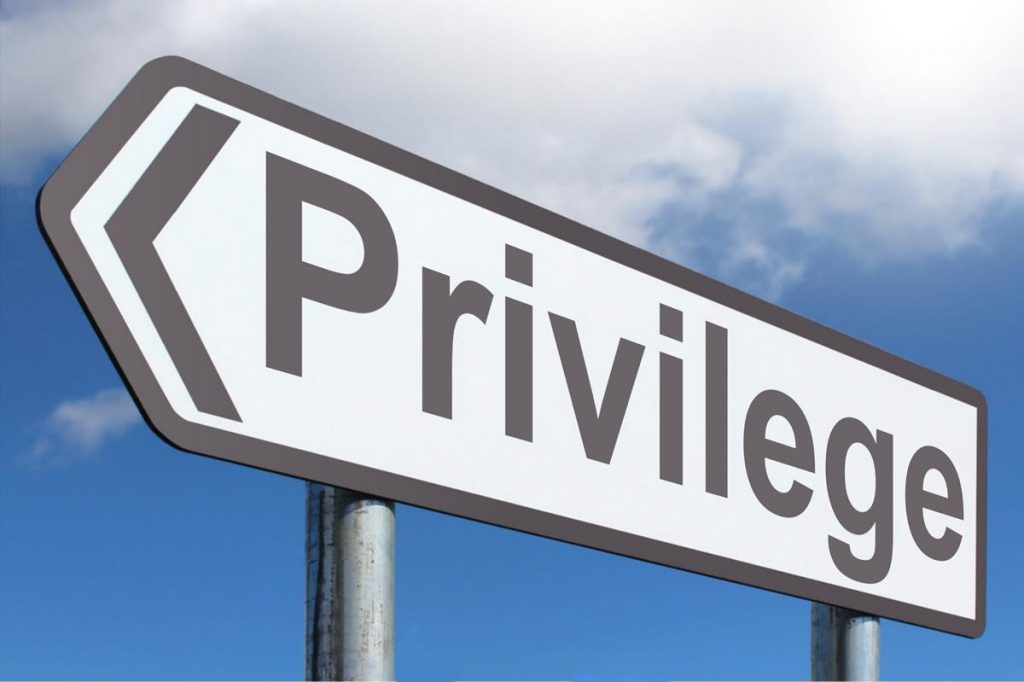 Questioning the structures of such privilege is crucial for upscaling care systems. Among other things, this involves asking whose lives serve as a model for what ‘the good life’ is and for defining what are the best means for reaching it. Who is entitled to speak and define those things?

This is hardly a new point. Feminist and decolonial movements and scholars have been making those points for long when speaking about white, male privilege, and whiteness as both the voice and yardstick that determines desirability, normality and optimality.

And it gets harder a challenge, because those questions must be asked not only of those controlling but also questioning power arrangements. Environmentalism for example, suffered from race and gender deficits early on, and a 2019 controversy around some Extinction Rebellion practices has raised concern about whiteness still being an issue within environmental movements.

And the same holds for progressive political initiatives of responding to climate change. The New Consensus process of building the Green New Deal has been criticised by grassroots groups in US communities that live at the intersection of poverty, pollution, and the environment for incorrectly assuming that there is no leadership to address climate challenges within those frontline communities, and so ending up ignoring their experience and leadership in the process of defining the project. Who defines and who leads collective response to ‘big’ challenges is a different beast to ensuring democratic inclusiveness ‘in general’ in those processes. And from the sounds of it, it might be a beast not yet fully tamed within some progressive mindsets.

I started this piece by questioning the view that the pandemic does or could serve as an opportunity for radical societal change. But I do this in good faith. I share the hope that the pandemic serves as a wake-up call for mobilising action for radical societal change, and I don’t think that those who see fragments of this happening in commoning or solidarity practices during this pandemic are either naïve or only see part of the picture. But I am troubled by the signs that the inequality wagon might have a long way before it derails, which I see side-by-side with those other hopeful signs.

Still, the care and vulnerability vision I sketched could provide a basis for a more hopeful outlook. Keeping in mind that pain better not be romanticised, valuing care and embracing vulnerability as central to life could begin with seeing the existence of those most vulnerable and marginalised not only as a source for recording misery and pain, but also as a deeply political challenge: a source of models of human existence that defy whiteness fantasies of impermeability and containment that are bound to correspond to and elevate the few.

* I am thankful to Irina Velicu for sharing this text.

Christos Zografos is a Ramón y Cajal Senior Research Fellow of the Department of Political and Social Sciences at Pompeu Fabra University in Barcelona. He is Vice-Director of GREDS (Research Group on Health Inequalities, Environment, and Employment Conditions), and Executive Board member of the Johns Hopkins University – Pompeu Fabra (JHU-UPF) University Public Policy Centre.