The coronavirus pandemic crisis has triggered a new wave of collective practices that gesture towards the same necessity as the “squares movement” (including the Arab Spring, the Indignados and the Occupy movements): another form of social organization is urgently needed.

Different neighbourhood initiatives, movement organized campaigns, dispersed rhizomatic acts of solidarity, community-based management of urban and rural territories: all these processes and acts are spreading throughout the world, under the radar of dominant media, and usually bypassing market-based channels as well as directly or indirectly clashing with governmental priorities.

It seems that within these processes an intensive production of the common develops, the common being neither only a set of products and services to be shared, nor a set of organizational choices ensuring a more just distribution of the crucial means for survival to those in need. The common emerges as both the form and the content of social relations that transcend the limitations and the market worshipping cynicism of contemporary capitalism.

Three different factors shape the rise of the common, in against and beyond the pandemic crisis. It is not that these factors did not exist before the crisis. And surely they often meet in producing different everyday habits for the most deprived populations of contemporary metropolises. The pandemic crisis, however, has revealed their convergent dynamics, encouraging people to re-invent collectively.

The first factor has to do with survival. In the peripheries of big cities, in stigmatized ghettos and in indigenous communities, in the trajectories of precarious work and precarious life, people experience exclusion and insecurity. If remnants of the welfare state may still provide a safety net to some, for most life is at the mercy of the market (and the market is merciless), or it depends on the contingencies of global arrangements of power (including wars, famine, refugee waves, trade wars etc.).

Those who are excluded and those who sense that no authorities will ever care for them often try to organize in order to secure the means of their survival. In many neighbourhoods of the world networks of care develop from below: food is prepared and distributed to those unable to obtain it, means for hygienic protection are produced and distributed, information and knowledge are gathered and transmitted through diffuse media (social media, community radio stations, community centres etc.). Only to map the networks of collectively organized food distribution (including fruits and vegetables from farmer cooperatives, “just basket” initiatives and clean water provision in informal neighbourhoods), one would need to collect a vast amount of globally spread information.

The second factor has to do with long-established experiences of co-operation. Different traditions of mutual help that stem from rural life (as mutirão in Brazil, ayuda mutua in Latin America and the Caribbean, or ubuntu in South Africa) or from indigenous life and the corresponding worldviews (as in the context of minga in Colombia and of Sumak Kawsay in Andean countries) gain renewed momentum in face of this crisis. In many places of the world, cooperation has been part of collective wisdom that keeps on inventing skills and that takes shape in rules developed through negotiations between those who work together. Neoliberal individualism explicitly targeted such traditions not simply by destroying them but also by taking advantage of their productive potentialities. Thus, the neoliberal ideal of the individual “entrepreneurial” self (the self-as-entrepreneur) combines with a renewed appraisal of cooperation considered as “synergy” (a usual euphemism of cooperation under the command of capital). Cooperation has been stripped from the power that gives to those who work the opportunity to choose the scopes, the priorities and the forms of their working together.

However, cooperation resurfaces as a productive force of the common inventively utilizing all available albeit scarce means. In Mexican autonomous neighbourhoods, in many US volunteer communities, in the villas miserias of Buenos Aires and the Brazilian favelas, people work together to produce masks. Collective kitchens that cook food for those in need emerge in many cities (in Athens in Santiago de Chile, in Rio etc.) In Santa Catarina in Brazil landless movement (MST) militants have modified their cachaca distillery in order to produce alcohol for the Curitibanos public hospital.

Cooperation escapes capitalist command in a myriad of everyday practices of care organized by urban populations. The network Covid Entraide France is connecting an immense amount of volunteer service providers in the francophone world offering their help to the pandemic stricken populations. In Greece, the Menoume Mazi network organizes solidarity and struggle against unjust policies during the crisis (including issues of refugee support, labour rights, and information blackout). Analogous networks develop in Italy, in the UK and other countries. 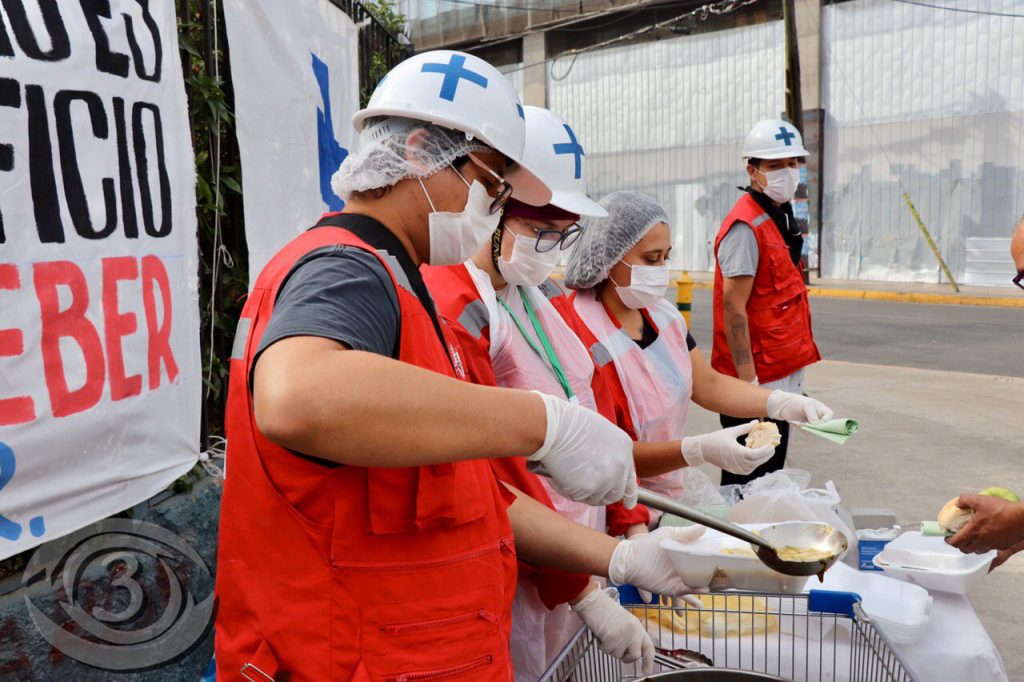 The third factor that has been contributing to the emergence of the common is the spread of concrete ideas for a world of equality and solidarity beyond capitalism. Homeless movements in Latin America and Africa recuperated and occupied enterprises, informal workers’ organizations, solidarity economy initiatives, indigenous people projects of autonomy and radical unions keep on producing fragments of this world. The common emerges in all those engaged practices not simply as an object of demands but as a plan for organizing life in common. Everydayness becomes both a crucial field of struggles as well as of experiments in social organization. Terms to describe those lived experiments may be borrowed from the past, as “popular power” or “autonomy” or may be improvised in the present as “communalidad” or “communization”.

Lots of such movements got mobilized to face the pandemic crisis. Their acquired experience, along with their grounding in everyday forms of cooperation gives them the power to organize people on a collective basis. Chilean groups of young activists that were providing medical help for the victims of police brutality in the great demonstrations of the recent uprising have developed an initiative called Movimiento Salud en Resistencia (Health in Resistance Movement). Their efforts aim at developing self-managed health services (“People take care of the People” campaign). The South African shack dwellers movement Abahlali baseMjondolo strongly fights against evictions happening in the midst of lockdown. Their communities organize to support the poor homeless people who have to suffer from lack of clean water and food in the settlements. The movement also actively expressed its solidarity with the healthcare workers of the country. Similar social movement initiatives unfold in Senegal, in Burkina Faso and in the Democratic Republic of Congo as well as in Morocco, Algeria and Tunisia.

When engagement in common scopes connects to survival urgencies and mobilizes shared skills of cooperation collective empowerment develops rapidly. Participants in corresponding initiatives see that self-organization and self-management works: people may be fed, people may be supported, people may be given the means to know and to shape opinions..

It is in the context of the pandemic crisis that collective survival efforts, cooperation potentialities (deeply embedded in the everydayness of those who work) and aspirations for a just society converge. Not because anti-capitalist ideologies suddenly became triumphant, neither because the consciousness of exploitation develops among those exploited due to exemplary activist acts. But possibly because many people are forced to realize that if they don’t take their lives in their hands they are meant to be expendable. It is this experience-based understanding that opens minds and hearts to the hope of a different future. Maybe today a slogan that seemed almost obvious and apolitical for many, acquires an urgent and inspiring meaning. Zapatistas often say: “Down with death. Long live life” (Viva la vida, muera la muerte). Do they simply mean that life is both the source and the scope of the common in the prospect of an emancipated society?

Dr. Stavros Stavrides, architect, is Professor at the School of Architecture, National Technical University of Athens. His research is currently focused on forms of emancipating spatial practices and urban commoning. His recent publications include Common Spaces of Urban Emancipation (2019), Common Space. The City as Commons, (2016), Towards the City of Thresholds (2010, 2019).