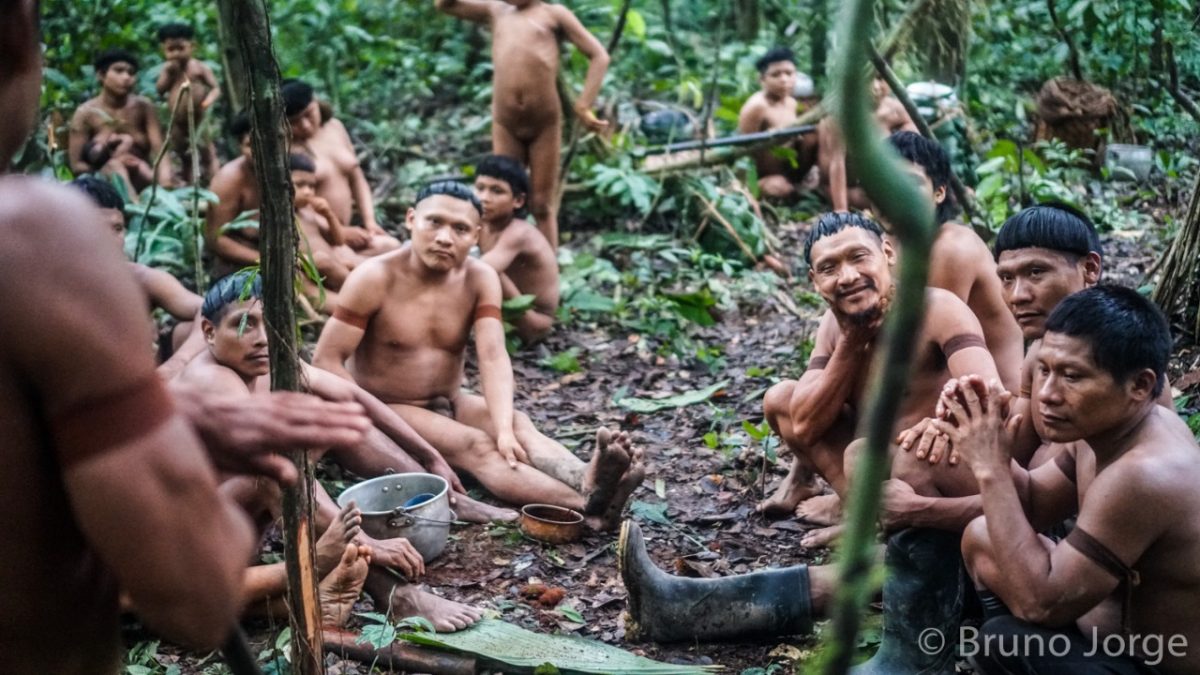 Amid the Coronavirus pandemic, the attempts at “extracting souls” by fundamentalists Christian missionaries in the Brazilian Amazon continue unabated, fueling the risk of genocide for self-isolated Indigenous communities. This is an in-depth account of the threats to the Indigenous peoples of the Javari Valley and of the legal case that ensued.

The association of Indigenous peoples from the Javari Valley in the state of Amazonas, Brazil (UNIVAJA, União dos Povos Indígenas do Vale do Javari) demand that American Christian missionaries be expelled from the Javari Valley and barred from coming back, in order to avoid the spreading of contagion among Indigenous peoples in the context of the Covid-19 pandemic crisis. UNIVAJA is attempting to halt fundamentalist missionaries from invading their lands. The Federal Judge in the city of Tabatinga granted their right to guarantee the protection of Indigenous lands and barred the missionaries of New Tribes Mission and others US based Christian associations from entering the Indigenous territory.

The Indigenous association stood against the foreign missionaries Andrew Tonkin, from the mission Frontier International, Josiah McIntyre and Wilson Kannenberg (a pilot for Asas do Socorro, a US-based mission specialized in aerial logistics for converting indigenous tribes) and barred them from entering Bolivia and Venezuela. The aerial base for the action in the Javari region is Cruzeiro do Sul, from where isolated territories in Peru can also be reached.

Indigenous people, especially those who live in voluntary isolation, face a disproportionate risk in the pandemic. The collective way of life ensures that infection can spread rapidly in villages. Furthermore, the remote region lacks access to health care. The closest health care center to the Javari Valley, Manaus, is a two-hour-flight away, and the health system there has already collapsed. In this context, fundamentalist evangelical missionaries insist in trespassing in the area and trying to contact the isolated peoples against federal policy preventing forced contact.

Unauthorized missionaries from the New Tribes Mission Brazil (Missão Novas Tribos do Brasil), and Ethnos360 continued to fly in the area after the declaration of state of emergency in the country, using a helicopter recently acquired through North American donations. They organized a first contact expedition to self-isolated indigenous peoples, putting at risk of genocide several communities who live in the Javari Valley, as the Brazilian newspaper O Globo exposed. New Tribes has confirmed through their press office communication that they have flew in the area last March 23rd.

This is the same day UNIVAJA denounced in a public letter the Brazilian and North-American fundamentalist missionaries who were preparing an expedition to contact the isolated Korubo tribe of the Javari Valley, with the sole intention of converting them. Last year, Tonkin had the same plan, but it was also exposed by the Indigenous movement (see here in Amazoniareal news agency). Because of the ongoing and imminent threat of forced contact, the Indigenous organization is demanding that New Tribes Mission Brazil immediately stop sending new missionaries to the area.

On March 17th, FUNAI — the federal Brazilian bureau of Indigenous affairs —  published the Decree 419, suspending all the authorizations to enter indigenous territories. However, they seem to have ‘forgotten’ about the missionaries who have close contact to ranchers and to ministers of Bolsonaro government — indeed, it is not well know how close US Christian missionaries are to Donald Trump. Despite this urgent situation, FUNAI has not taken action. Ricardo Lopes Dias, head of FUNAI’s Coordination for Isolated and Recently Contacted Indigenous Peoples, used to work for the New Tribes Mission where he was trained as missionary — his nomination was opposed by indigenous peoples who know about his past as pastor acting in the area. 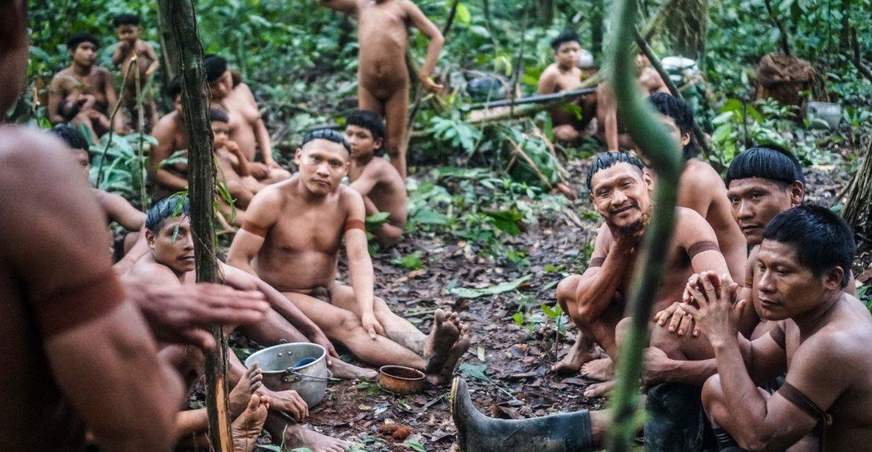 Korubo isolated group just contacted by Funai last year. The contact was organized in order to protect their life and provide health assistance. Today, this same group is under threat of US missionaries (Source: Funai/Bruno Jorge)

The indigenous movement in Javari demands that while the contingency measures against coronavirus are in place, all unauthorized non-residents of the indigenous territory be removed. According to the public health physician Douglas Rodrigues, coordinator of the UNIFESP Xingu Program, who has worked with isolated people in the Javari region, the only safe contingency measure to protect the indigenous people is to oust invaders and to close down their territories.

The legal case authored by the indigenous lawyer Eliesio Marubo attempts to prevent imminent genocide in the face of failures by FUNAI and the federal government. The favorable decision granted from the judge Fabiano Verli must now be enforced quickly by the federal police to prevent such genocide.

Without any doubt, the missionaries’ insistence on forced contact puts the indigenous peoples of the Javari Valley at an absurd risk of infection, with disastrous effects.

Since Lopes Dias, the former New Tribes missionary, was nominated as head of FUNAI in January 2020, the situation has worsened. UNIVAJA had denounced the encroachment attempts by Tonkin and Kannenberg, who escaped Federal Police and FUNAI surveillance through a seaplane. Federal Public prosecutor has opened a formal investigations about this crime. Since the appointment of pastor Lopes Dias, the surveillance of missionary activity in the valley has come to a standstill. Meanwhile, the risks to the local Indigenous peoples in self-isolation have increased with the coronavirus pandemic. Any contact carries with it a huge risk of contamination and deaths.

Straightforwardly, UNIVAJA writes, “Indigenous populations cannot be left at the mercy of catching a mortal contamination because of the insanity of those who believe to have direct contact with the Creator!” 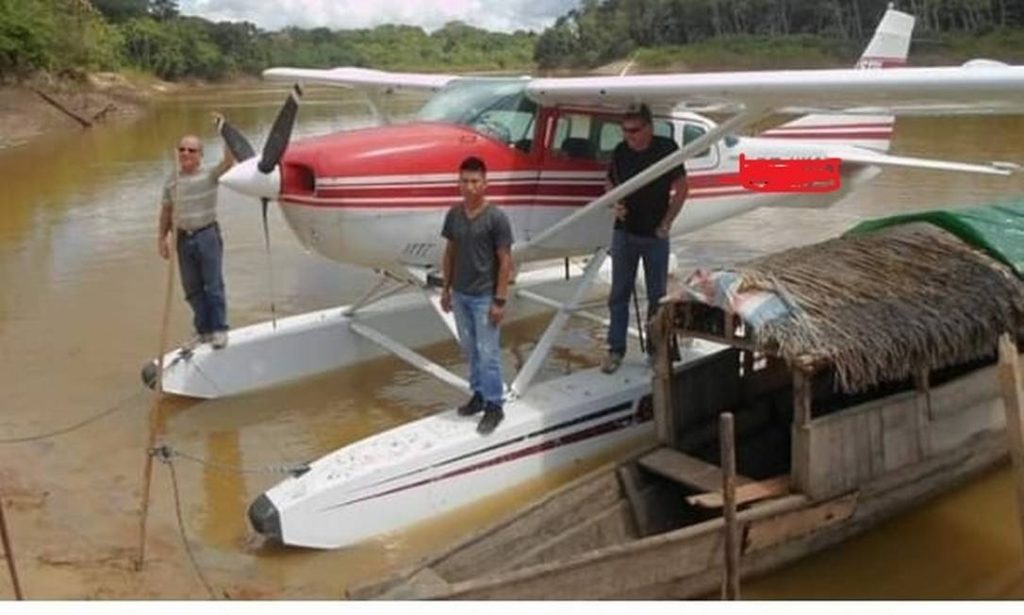 In response, UNIVAJA seeks direct contact with the state to act in their defence. This unprecedented action of an Indigenous association reveals that the imbalance in power and means can be overcome by strategy and intelligence.

The Public Prosecution Department has already taken legal action to suspend the nomination of pastor Lopes Dias, although this petition was denied. In a ‘self-interview’ on the FUNAI site, Lopes Dias said that he would not change the policy of non-contact with the isolated tribes. However, his statement is not credible, in light of ongoing actions in the area. In addition to the flights of Ethos360, the son of New Tribes’ president was caught lobbying Funai officers for ranchers, announcing that the policy of non-contact would change with the nomination of pastor Lopes Dias and that invaders could remain inside indigenous land. Moreover, when I interviewed the president of New Tribes Mission, Edward Luz, during a missionary congress in 2011, he stated that he would never abandon preaching the gospel. In that interview, Luz said: “If government prohibits preaching the gospel, they are prohibiting the freedom of adoration, the author of the gospel, the Lord Jesus and even the Bible! So we shall advance in combat.”

In the past, New Tribes Mission, like other fundamentalist missionary agencies, disguised its proselytizing work with health-oriented humanitarian initiatives. The US bible translators from Summer Institute of Linguistic were funded by oil baron Nelson Rockefeller in an imperialistic and colonialist attempt. And last year, in the US, a scandal of child sex abuse from missionaries of Ethnos360/New Tribes Mission was broadcasted by NBC News. Similar crime has already been committed in Brazil, with the Katukina people, by a missionary from New Tribes Mission.

So if it is supposedly Indigenous health they are worried about, why did they not donate the helicopter to the public health service for Indigenous peoples in Brasil? They have announced the helicopter serves to “to reach ten additional people groups living in extreme isolation”. Ten peoples who could be genocided by coronavirus and Bible if UNIVAJA and the federal court would have failed to act. 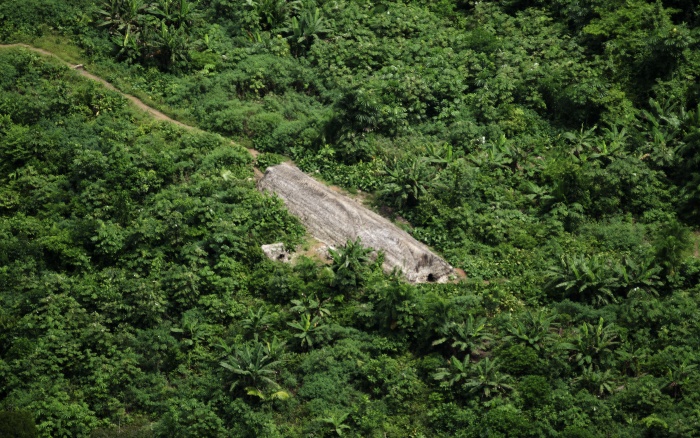 The New Tribes Mission receives considerable sums from abroad to advance their mission of converting Indigenous peoples. In 2018 alone, The New Tribes Mission raised at least $65 million in donations from the US, where they are called Ethnos360. Since 2014 they have raised more than $60 million per year, according to MinistryWatch. This does not take into account the money they raise in Brazil. In 2008 I witnessed the donation of a single-engine Caravan Aircraft to the missions — in an article I published on Rolling Stone magazine, I defined it as a market of wild souls. And now, with the appointing of the pastor Lopes Dias at FUNAI, they benefit from the state apparatus and public money.

The newspaper O Globo found that the missionary Jevon Rich was still staying illegally in a village in the Indigenous Territory of the Javari Valley when the legal action was taken, camped very close to where Isolated people live.

An Indigenous association representing all the peoples of the Javari Valley is formally taking legal action, by the hands of an Indigenous lawyer, and asking the Brazilian Court to act in order to avoid an imminent genocide.

This same organization had already denounced the risk of genocide to the federal government, and publicized their statement to Brazilian society by means of letters to the press.

The resolution 01/2020 of the Inter-American Commission on Human Rights (IACHR), from the Organisation of American States (OAS), about the pandemic and human rights, commands the protection of Indigenous peoples, especially uncontacted peoples, in paragraph 55:

“Respect unconditional non-contact with Indigenous peoples or groups who are in voluntary isolation, given the very severe impact that contagion with the virus could have on their livelihood and survival as a people.”

The decision granted by a federal judge in Brazil is the first step to a broader legal struggle from Amazonian Indigenous peoples against a rich and powerful international Christian American organization, extremely fundamentalist, who seeks to extract and negotiate Indigenous souls all over the world.