We change the system, not the climate, the Italian adaptation of one of the main global slogans of the youth climate strikers. Photo by Alice Del Gobbo

How can we read and interpret the rise of environmental movements in an age of globalisation and climate change?

In a recent book, Bruno Latour, charismatic figure of science and technology studies, argues for the need to change route in our relationship with the biophysical world, acknowledging the relevance of geological dynamics influenced by, but completely indifferent to, human affairs, with which we should begin to come to terms seriously. This proposition is built on what he calls a ‘political fiction hypothesis’: that the global elites are hampering precisely that, much needed, change. Namely, having realised that the promise of a universal access to well-being cannot be maintained and that their privileges cost more and more in ecological terms, the elites would have concluded that the only ‘solution’ is to get rid of the burden of solidarity, little by little but as soon as possible.

In a commentary to the book which will be published shortly in Quaderni di Sociologia, I remarked that it is hardly credible that the elites are behaving like the Titanic’s first-class passengers, grabbing the few lifeboats available and letting all the others sink, as they should be by now aware of how an ecological disaster and the rebellion of ever-more impoverished masses would not leave them with any ‘safe’ land to reach. Instead, it’s more likely they believe they can snake out of troubles once again via the usual trick: re-launching growth. This seems confirmed by how the alarm on the climate crisis has reached the highest levels of global governance (for instance, the launch of the Sustainable Development Goals in 2015) and by the announcement of what might constitute the change of route Latour calls for, namely, the Green New Deal. Given that the IPCC has been raising unanswered warnings for years, this seems to be conspicuously due to the emergence of a wave of grassroots mobilisations, sealed by the intervention of Greta Thunberg at the United Nations’ Intergovernmental Summit in New York this September. It is on such mobilisations, and the way they address the ecological problem and its possible solutions, that this two-part essay is focused.

Environmentalism has always proceeded in waves, often taking observers by surprise. Who would have expected that, from the small aristocratic and upper-end associations of the late nineteenth century, expression of a romantic sensibility for the rare and the picturesque, one would have moved on to the mass mobilisations of the sixties and seventies of the twentieth century? Who, faced with the radicalism of many slogans of those years, would have predicted the transformation of environmental organisations into pressure groups allied with governments in making a case for the ‘ecological modernisation’ of post-Fordist capitalism – the alleged marriage of growth and sustainability blessed by innovation? And who would have expected the climate protests that resound today in the centre and the peripheries of the Global North? Above all: how to read and interpret these?

Let’s first define these new movements’ background, which has two main components: globalisation, and climate change. Globalisation has meant weakening of the state’s capacity of governing territories, resources and populations (including addressing problems such as climate change); accelerated expansion of resources extracted and waste discharged; commodification of nature ‘as such’, beside and beyond its inclusion in production processes, as ‘ecosystem services’ paid to owners; and geographic and social reconfiguration of inequalities, from land grabbing to the rise of the Chinese or Indian middle class and the decline of the western one. Globalization has also brought a redefinition of social conflicts and justice, less and less amenable to the left/right divide and increasingly more focused on the local/global or risk/opportunity dichotomies, and unions’ and traditional parties’ consequent loss of representativeness. The list could go on. Importantly, the global economic crisis, since 2008, has not dampened or slowed these processes, but has rather increased or accelerated them.

Climate change, in its turn, has become a synthesis or emblem of a double ecological impasse: on the one hand the ineptitude, blindness or insufficient will of the elites and the failure of market-based ‘green economy’; on the other, the impotence of citizens increasingly reduced to a fragmented mass of consumers whose turn to ‘sobriety’ and ‘responsibility’ clashes against structural barriers (how not to use the car to move if there are no viable alternatives? how to avoid pre-packaged food if the lunch breaks of old are unthinkable in a society in perpetual activity? how to consume less if consumption means jobs?). If the failure of the Kyoto protocol, replaced by the non-binding commitments of Paris, has weakened the hopes that the climate crisis could be tackled through top-down government-led initiatives, the limits of individual actions in the market have become more and more evident. The combination of this double stalemate can be considered a main spark that led to the eruption of new ecological mobilisations, expressions of a civil society no longer accepting the inactivity of governments and the irrelevance of individualised ‘choice’ (however ethically rewarding).

This is not the place for a comparison between this and earlier waves of mobilisations. I will just focus on the present, examining what distinguishes and what connects three movements that have recently elicited lots of public and academic discussion. The first begins in the United Kingdom in October 2018 under the name of Extinction Rebellion (XR) rising to international prominence on November 17 in London, when thousands of activists perform a civil disobedience act, blocking five bridges over the Thames.

The second is Fridays for Future (FfF). It starts quietly in Sweden on August 20, 2018, at the end of an unusually torrid summer for the country and marked by dramatic fires, when the teenager Greta Thunberg decides to skip school in protest against insufficient government action about greenhouse gases. Virally propagated in Europe, the United States and Australia, the Friday school strikes initiative continues in winter and the following spring and summer. As I am writing these notes (late October 2019), demonstrations seem bound to proceed (the next is scheduled for November 29).

Finally, we have the Gilets Jaunes (GJ) or ‘yellow vests’; a movement born on social networks in May 2018, and protagonist of a first, sensational demonstration on the following November 17 (same date as the XR London demonstration!), in response to rising fuel prices and the tax reforms promoted by the Macron administration, accused of hitting the lowest-income sections of the population and the peripheral areas of the country. 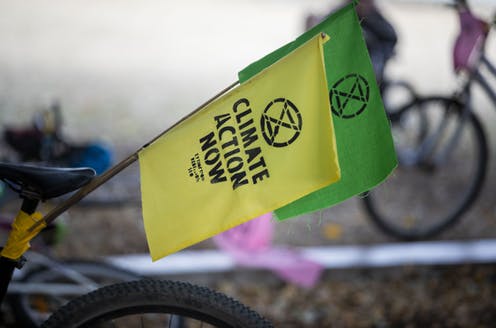 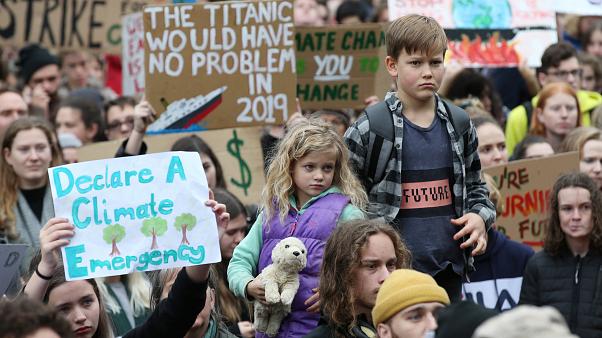 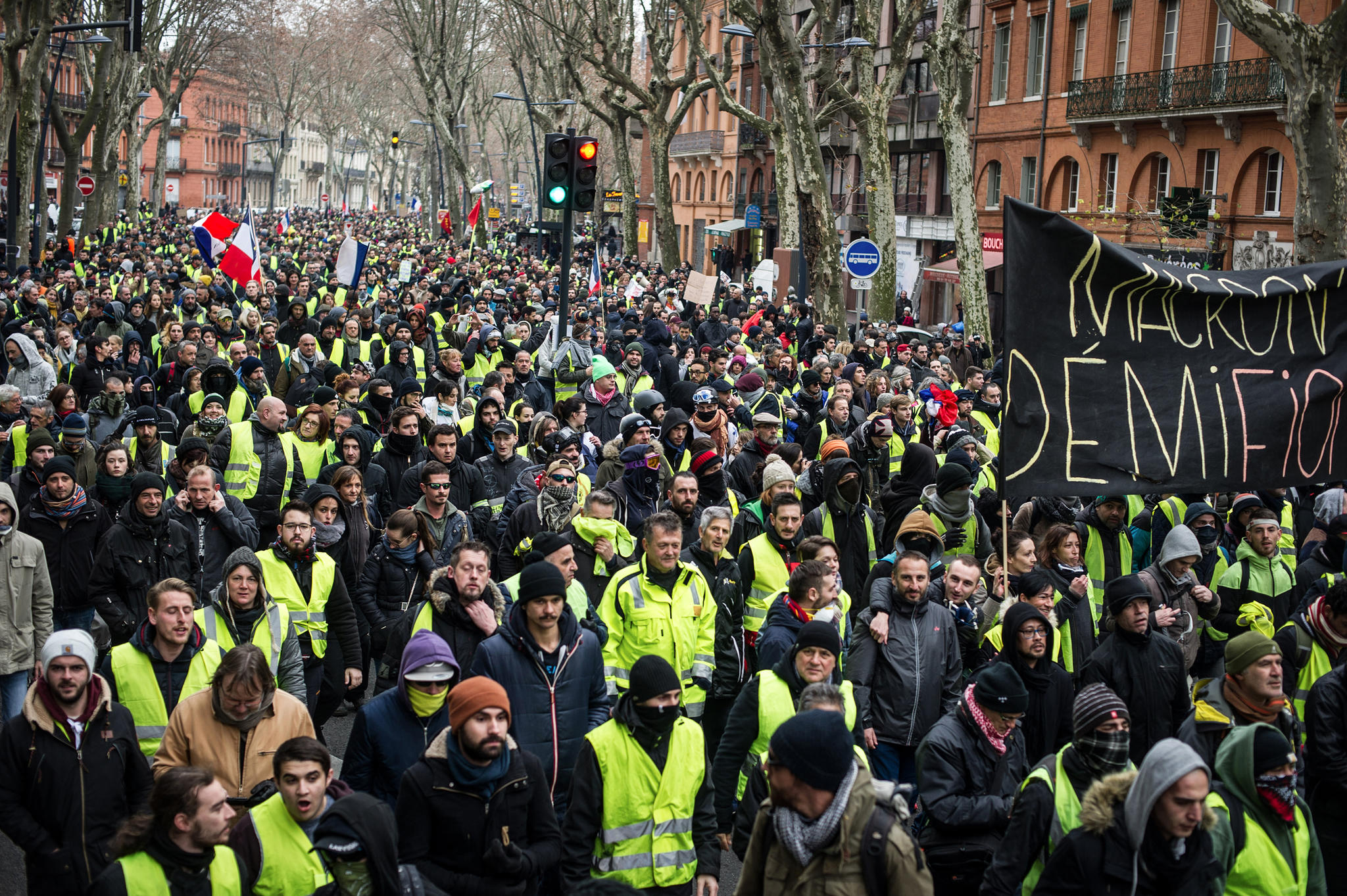 At first glance, the Gilets Jaunes (GJ) mobilisation seems to some extent unrelated, even opposed, to Extinction Rebellion (XR) and Fridays for Future (FfF). As the increase in fuel prices should reduce their use, GJ protests look anti or at least non-environmentalist. Yet, they are also clearly connected to the XR and FfF. It was the social impact of a policy launched with ecological justifications what mobilised people, and some GJ demands concern environmental policies (for example, a national plan for the thermal insulation of houses). Moreover, as we shall see, the issue of justice is equally central to XR and FfF, albeit the latter read it in reverse, compared with GJ (environmental justice as implying social justice, rather than vice versa). This is not the only point of contact between the three movements. Before examining others, however, let’s have a look at the differences.

A first difference concerns socio-demographics. FfF involves students, from middle school to university. XR, like GJ, is composed of cohorts of varied ages (XR has a youth wing); yet, unlike GJ, the leadership of XR has not been assumed by ‘common’ citizens but by an intellectual upper class (especially academic). The overall social composition of XR seems also partly different from that of GJ – more upper-class and more urbanized.

Second difference: the type of action. FfF promotes peaceful demonstrations; XR civil disobedience; GJ demonstrations often result in episodes of urban guerrilla warfare. The choice of civil disobedience indirectly confirms the higher class background of XR, compared with GJ, as this implies a willingness to bear and valorise symbolically its consequences (arrest, prosecution); these consequences are decidedly harsher to stand for people from social groups with lesser financial and relational resources, to say nothing of those in precarious positions (unemployed, irregular immigrants, etc.). Not by chance, criticisms against XR as expression of white middle-class concerns are focusing are focusing precisely on this issue.

Third difference: the target of the protest. For GJ and XR the target is primarily the state. This is obvious for GJ, but less so for XR, given that their mobilization is not addressed to specific government policies. XR activists, however, argue that transnational policies, like those enacted through the United Nations’ Paris Agreement on climate change, are ineffective. For this reason the state returns to be the main interlocutor. FfF, instead, as emblematically shown by Greta’s speech at the United Nations, consider of primary importance the global scene, aligning from this point of view with the many NGOs which have for years complemented the intergovernmental summits, increasing the latter’s legitimacy through their very presence.

Fourth difference: the role assigned to science. Neither GJ nor XR (despite the aforementioned prominent role of academics) put science at the centre of their discourse; indeed, in XR’s statements of principle there is no reference to science. FfF, instead, insist on how their protest is based on climate science, how they put their trust in scientific knowledge and technical progress, and that politicians ‘should listen to the science’, as Gretta Thunberg has stated on many occasions.

A fifth and final difference concerns the level of politicization. By politicization I mean here the extent to which the ecological question, its impact on territories and social groups and the policy choices in this regard are framed in terms of power relations. Thus defined, politicization is high for Gilets Jaunes. Extinction Rebellion, while calling into question the national government, frames the issue first of all in moral terms –the unacceptability of inaction faced with a threat that involves each and everybody, in a fundamentally similar way. Fridays for Future activists, in turn, appear in an ambiguous or uncertain position. On the one hand, their discourse takes moral tones, insisting on how inaction deprives new generations of a future. On the other, they denounce governments’ cheap (if often self-celebratory) talk about climate action, and refer to climate justice and its inseparability from social justice. However, in contrast to GJ, FfF defines social justice in global rather than national terms: FfF supports the differentiation of the costs of the transition towards sustainability mainly as an issue between the North and the South regions of the world. It is unclear, therefore, whether and to what extent FfF protests are going to politicize in the future. This depends also, as happens with any movement, on the structure of political opportunities. The global scene is affected by geopolitical and military factors, usually less relevant at national level, which can significantly shrink these opportunities. The politicization of FfF, therefore, might differentiate according to national contexts.

In the second part of this essay, I’ll address the main commonalities of these three movements, drawing some provisional conclusions.

Luigi Pellizzoni is professor in sociology of the environment and territory at Pisa University (Italy). His interests focus on environmental issues, the impacts of technoscientific advancements, social mobilizations and the transformation of governance. His latest book is Ontological Politics in a Disposable World: The New Mastery of Nature (Routledge, 2016).