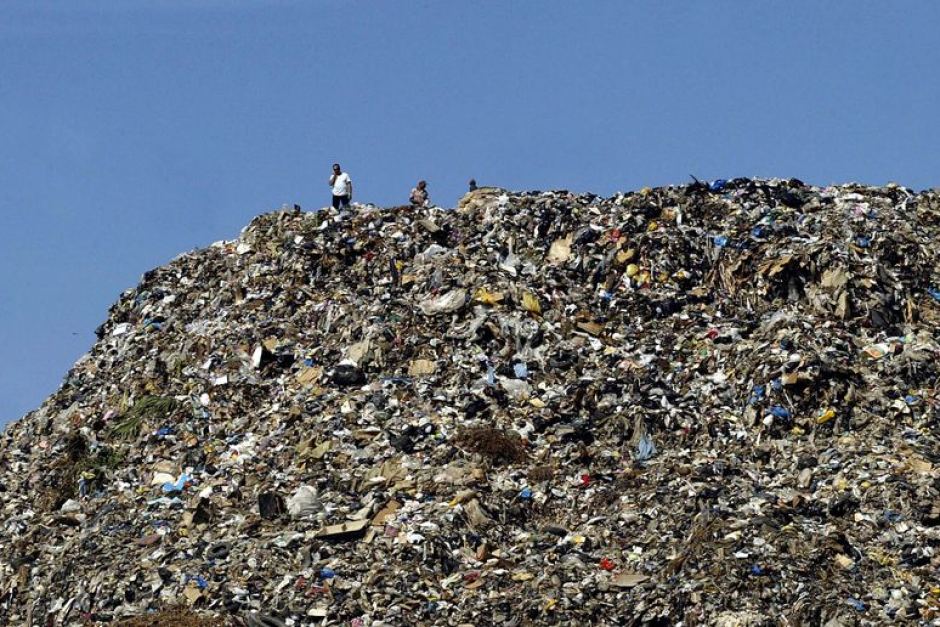 Capitalist societies produce more stuff than ever before but all these things are quickly discarded. Rubbish becomes part of topography and ecological systems, eventually returning to humans. When the remnants of our past return to us by themselves with a vengeance, this is zombie archaeology.

The Oxford English Dictionary defines “archaeology” as “the study of human history and prehistory through the excavation of sites and the analysis of artefacts and other physical remains.” The OED also defines the word “zombie,” in the context of popular fiction, as “a person or reanimated corpse that has been turned into a creature capable of movement but not of rational thought, which feeds on human flesh.” The former word’s definition would generally be taken as meaning that humans actively uncover essentially inert objects. But what if those objects are themselves active? What if they force themselves upon us? Instead of us brushing aside the dust of ages to reveal our own past, artifacts rise from the grave – bursting forth and dragging our history back to us. This is where the zombification comes into play. Now certainly many professional archaeologists would reject the previously stated “inert objects.”

Archaeologist Michael Shanks describes his field as “an active engagement with remains of the past in the present” and explains its mission as seeking to “understand how people connect with the things they make, to place people in the networks of others – other people, things, other species, environments – that make them who they are.” But all this is still about the human present analyzing the human past, as opposed to the that past malignantly and physically haunting our present. Instead, the necromantic behavior of abandoned items I have in mind presents itself as a zombie archaeology. 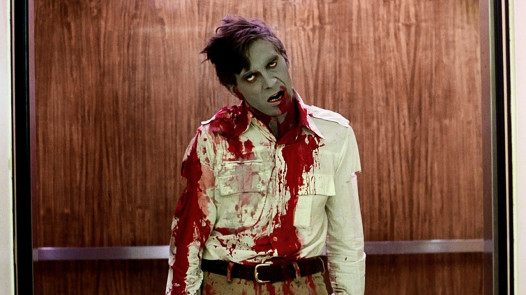 If capitalism is good at anything, it is making things. I mean “things” not in an ontological or otherwise formal sense but more in the manner that declutter gurus use it: general assorted human-made and/or human-claimed objects. Karl Marx himself characterized the capitalist system as necessitating a constant expansion of production in order to sustain its functioning. At the same time, a central part of the Marxist theory of economic crises is quite literally that too many commodities are produced to be profitably sold. In the middle ages, commodities were individually handmade and, if damaged, hand-repaired. There were no Fordist assembly lines to produce shoes, and if one ruined a pair there were no Targets or Walmarts down the street to get another.

In the 21st century, the world is now veritably swamped with commodities. According to APLF ltd. American consumers purchase an average of 7.5 shoes per capita per year. The LA Times reports that “the average U.S. household has 300,000 things, from paper clips to ironing boards.” I am not by any means claiming that everyone is an affluent borderline-hoarder. One of the fundamental problems of capitalism is the unequal access to this seeming abundance of goods.

With so much paraphernalia in the world, it is inevitable that significant portions will be wasted. In an article for The Atlantic, Derek Thompson explains that in a year the world creates around 2.6 trillion pounds of garbage—“the weight of about 7,000 Empire State Buildings.” Much of this is food waste, but many inorganic items are produced with cheap plastic and other materials that fall apart quickly. Some companies, such as Apple, even reportedly preprogram their products to stop functioning properly after a certain amount of time in order to force consumers to buy new wares at a much greater rate than they otherwise would.

All this waste, all this stuff tossed away, has to go somewhere, and this is where the notion of zombie archaeology begins. Philosopher Manuel DeLanda, in an interview for New Materialism, says, “it is absurd to think that complex self-organizing structures need a ‘brain’ to generate them. The coupled system atmosphere-hydrosphere is continuously generating structures (thunderstorms, hurricanes, coherent wind currents) not only without a brain but without any organs whatsoever.” This point is crucial. Mindless or even inorganic denizens of the natural world are still capable of acting in an organized manner. Even more essentially, as human trash piles up, it gains the ability to enter into those natural systems described by DeLanda and become active – returning to life by ecosystemic reanimation.

In my hometown of Cincinnati, Ohio, we have the famous Mount Rumpke, one of the largest landfills in the United States, which in 1996 experienced a massive landslide – apparently, a geological event. A more horrific version of this occurred in Mozambique, when an enormous pile of garbage collapsed, killing seventeen people. The Great Pacific Garbage Patch, a literal island of garbage, was formed and is continually expanding by means of waste disposed of in the ocean and caught in Pacific currents. This aquatic trash not only becomes part of large-scale oceanic processes but also enters into multi-species biological ones when the toxins from plastic are carried along the food-chain back to human beings. 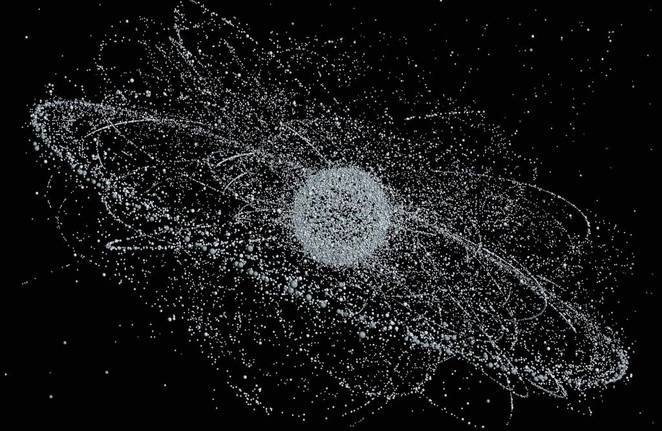 Although not the product of the consumer economy, orbital junk also constitutes a valid example. According to NASA, there are more than 20,000 pieces of debris larger than a softball orbiting the earth at speeds up to 17,500 mph. All these cases have caused or have the potential to cause expansive and systematic damage to our current existence. The corpses of our used-up and discarded impedimenta have formed mass graves, and these necropoleis have begun to stir. The objects of our past have crawled their way through the proverbial graveyard, pushed aside the stone doors of their mausoleums, to wreak havoc upon the living.

Capitalism has produced more stuff than past generations could ever have dreamed, but all these things are quickly used up and wasted in behemothian quantities. Such rubbish becomes part of the planet’s topography, enter into its ecological systems, and eventually returns to the human sphere of interaction – much to human detriment. This is zombie archaeology; when the remnants of our past are not uncovered by human beings but return to us by themselves with a vengeance.

In this age of capitalism-induced ecological collapse, zombie archaeology is certain to become only increasingly suited for describing the world. Walter Benjamin, in his Theses on the Philosophy of History, writes of Paul Klee’s Angelus Novus, “This is how one pictures the angel of history. His face is turned toward the past. Where we perceive a chain of events, he sees one single catastrophe which keeps piling wreckage upon wreckage and hurls it in front of his feet. The angel would like to stay, awaken the dead, and make whole what has been smashed. But… …[t]he storm irresistibly propels him into the future to which his back is turned, while the pile of debris before him grows skyward.” But what happens when the wreckage and debris – both literal and figurative – begin shambling towards the present? When the dead are, in a sense, awakened? Zombie archaeology poses these questions.

Eric Fleischmann is an upcoming student at Bates College in Lewiston, Maine. His work can be found on Center for a Stateless Society and his blog Fragments and Machines as well as various news and media sites.