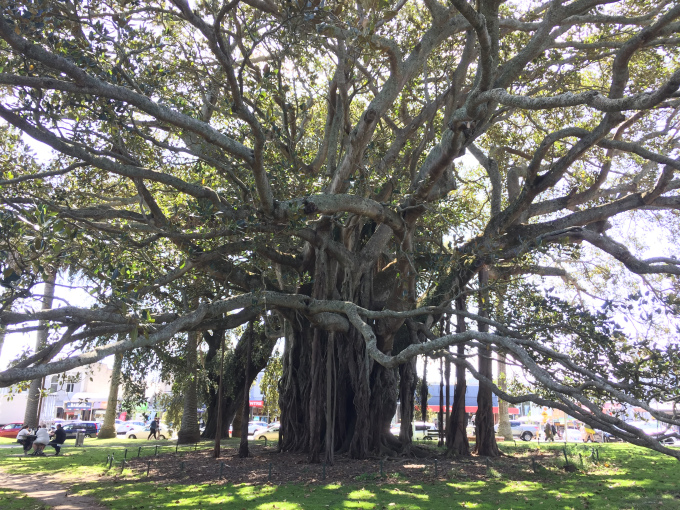 Does good environmentalism mean humans have to become guardians of nature? Triggered by her research in New Zealand, Mihnea Tanasescu reflects on this idea, which is so widespread as to go unnoticed.

If you happen to visit the Wanganui  river or Te Urewera, the ancestral Tūhoe homeland in Aotearoa New Zealand’s North Island, you should know that these constitute legal persons. These beings were recognised as persons in law, a move that has generated widespread international media coverage and fawning commentary. I want to reflect on an idea implied in the coverage of these events that is so widespread as to go unnoticed: that good environmentalism means humans have to become guardians of nature.

The legal personality that was granted to the Whanganui river and Te Urewera, is but a node in a process of world-collision that began with Captain Cook and the British colonization, in 1769. Since then, the various Maori descent lines have lost the use of much of their ancestral land at the hands of European settlers. The Whanganui iwi, the tribes inhabiting the Whanganui lands, and the Tūhoe, the inhabitants of Te Urewera, sought to obtain ownership of their respective lands by challenging the Crown in court for having breached the founding treaty of New Zealand, the Treaty of Waitangi (signed, by many but not all chiefs, and notably not by the Tūhoe, in 1840). The iwi (tribes) claimed that they had never given the Crown exclusive rights to their lands. Predictably, the NZ government resisted granting the iwi ownership and, instead, ownership was granted to the land itself: hence, the Whanganui river and Te Urewera are legal persons.

The question of course arises – and this is where the rubber hits the road – of who is to represent the legal person in the future. The NZ legal system does not allow for natural entities to speak on their own behalf, so evidently there needs to be some form of representation put in place. The legal persons therefore each come with a detailed plan of governance, but that is not what I want to discuss here. What I want to pause and think about now is the idea, often repeated in news coverage of these cases, that the iwi are the guardians of the legal persons. This idea is present in most commentary on indigenous relationships to the land, whether in Aotearoa or elsewhere.

Inasmuch as the lands that are now recognized by NZ law to be legal persons in their own right are to be represented by anyone, it seems right that these should be iwi members. But does this also make them guardians of these lands? In law, guardians usually act on behalf of subjects that for one reason or another (age, health, and so on) are not capable of taking care of their own business. And this is where the idea starts to fray, at its very base: isn’t nature the archetype of self-care? Particularly from the point of view of relational thinking, it is an odd thing to claim that nature is helpless. 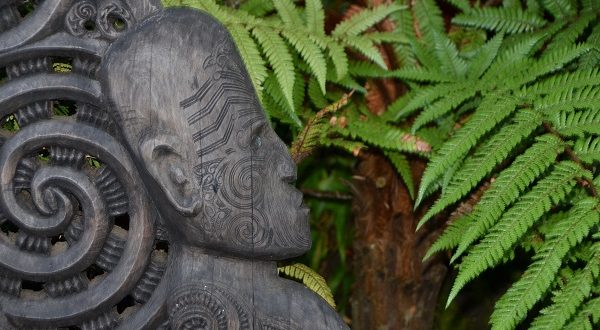 Maori philosophies are relational ones, meaning that the identity of individuals is simply a knot in a series of relationships extending in space and time, forward and backwards. This is reflected in Maori art as much as cosmological stories and philosophies. Relationships with ancestors are powerfully important and, like in so many other philosophies worldwide, animals and plants, the land and the sea, can themselves be ancestors. This means that these natural entities can be entered into relations with, and human life is simply the travelling node where all sorts of life-forms interact.

The idea of guardianship is very seductive, being somewhat flattering, painting a picture of responsible humans taking care of the rest of the world. It is also, on this account, deeply steeped into the Great Chain of Being thinking: the idea that the universe was ordered on a string of increasing (or decreasing, depending which way you looked) importance, with God on top and the rest of creation strung on hierarchically. The collision of these worlds, the Great Chain and the relational one of the Maori, is still productively shooting sparks today, and is visible in the very personality of nature.

Anne Salmond in her book Tears of Rangi notes that, in the past, kaitiakitanga (the Maori term usually translated as guardianship) used to be exercised by non-human taniwha (supernatural spirits), such as sharks or sting-rays, whereas now it is usually understood to be exercised by people. Human guardianship is in this sense an emptying out of a world that used to be populated by beings more powerful, and more knowledgeable, than ourselves.

This kind of thinking is further propagated by the idea that we live in the Anthropocene – the human age. But guardianship in human terms and the human age are, in a sense, inimical to indigenous, relational philosophies. Ancestral traditions taught that it was nature that was the guardian of people, not the other way around. The point of Maori philosophies, as well as other indigenous ones, is precisely that we are not above the natural order, so in that sense guardianship or stewardship becomes a logical impossibility.

The language of the acts instituting the legal persons combines both indigenous and western conceptions, but ultimately sneaks hierarchy in through the idea of guardianship. However, this does not mean that natural entities are forever subjected to the benevolent human guardian. Tāmati Kruger, an important Tūhoe leader and chairman of the board tasked with governing Te Urewera, makes the following point:

Nature is the definition of the self-made, the very principle of self-generation, and Maori philosophies are rooted in this universal truth. The regeneration of nature for example is a feat that nature accomplishes itself, and we are not in a position to consider ourselves guardians of a process that is still fundamentally mysterious. Instead, we can be guardians of our own behavior.

The term for land in te reo, the Maori language, is whenua. The same word is used to designate the placenta, and in Maori tradition this was buried after birth, precisely to underline the connection between the new life and the land. As the etymology of whenua suggests, the land is that which nourishes and connects people to the greater body that makes them possible. To think of ourselves as guardians of the land is, in this sense, akin to thinking of the child as guardian of her mother.

Parallels between indigenous philosophies and the idea of guardianship are well-meaning, but ultimately wrong-headed. Maori philosophies challenge this easy identification, showing it to be a continuation of hierarchical thinking. The relational mode that is present in alternative ways of being and thinking is beautifully exemplified in whakapapa, or genealogy, the practice of telling who you are by way of who you are related to, including where you’re from (who the home river, or mountain, is).

The natural entity here is not under the guardianship of the person, but exactly the other way around; the natural entity is what nestles the person and gives them meaning and identity. This relationship, much closer to ecological science as well as indigenous knowledge – much closer to relational ways of thinking that shun human hubris – is what we must find ways to express. Guardians of the Anthropocene not only doesn’t come close to it, it points us in the wrong direction.

*A longer version of this post was originally published at the civilanimal.com.

Mihnea Tanasescu is a research fellow of the Research Foundation Flanders (FWO) at the Free University of Brussels (VUB), Belgium. He researches and teaches in political ecology, focusing particularly on rewilding theory and practice, legal personality for nature, and the political representation of nature. He blogs about his work at www.thecivilanimal.com