Who can say? Reflections on the unknown in Valle de Cauca, Colombia

The boomerang of green gentrification: an interview with Isabelle Anguelovski

Going for "the simpler way" 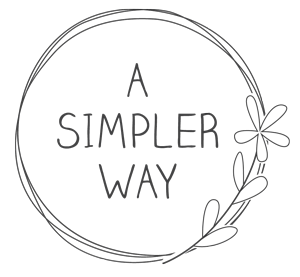 In his contribution to the series Ecology after capitalism, Ted Trainer argues that ecosocialism is not the answer and calls for the left and degrowthers to embrace all the radical implications of the “limits to growth” analysis. This implies following “the simpler way”, his own proposal for achieving a post-capitalist society based on the principles of eco-anarchism.

I want to comment critically on some of the views expressed by John Bellamy-Foster and Giorgos Kallis, as discussed in the series Ecology after capitalism. While I strongly agree with the Marxist critique of the global situation, and I have argued decades ago in favor of degrowth, long before the current movement emerged, in my view there are basic issues that both camps need to reflect more.

I have been trying for a long time to get the left to take on board what the “limits to growth” analysis of the global predicament means for the nature of post-capitalist society, and for a strategy to get there, but with no success. My argument is that the left in general is seriously mistaken on both sides. My current statement is “When will the left’s (many) ecomodernists understand the limits to growth?”. It has been rejected by various left journals, including the journal Capitalism, Nature and Socialism, for what I regard as unconvincing reasons.

There is a powerful tendency within the left in general to not want to think about the possibility that there might be very savage limits to sustainable levels of production, consumption and growth. Especially entrenched is the belief that all our troubles are due to capitalism and that, when we get rid of it, all people will be able to achieve something like the present “living standards” of the rich world.

There is now, however, an overwhelmingly powerful case that the levels of production, consumption, resource use and GDP per capita in rich countries are probably ten times higher than those that would be ecologically sustainable for all people to rise to. This means, as Giorgos Kallis recognizes, that just getting rid of capitalism will not solve the big problems. And it means that there is a much more important and difficult task vis-à-vis transitioning to systems that enable all people to live well on very low levels of production and consumption in zero growth economies. This is not possible unless there is also the most enormous, unprecedented, and rapid cultural change away from obsession with affluence and growth.

The aim of “The Simpler Way” project is to show that it would be very easy to design and build systems of the required kind if enough of us wanted to do that. Its core elements are: wanting to live simply in settlements that are mostly small, highly self-sufficient, within localized economies that are under social control, primarily collectivist, thoroughly self-governing, and geared to non-material sources of life satisfaction and purpose.

The left in general, and John Bellamy-Foster’s Monthly Review school in particular, gives little sign of recognizing or being interested in any of this. Its advocates proceed as we will still have something like the centralized, globalized, industrialized, urbanized, high-tech of the present society after the revolution. Very few of them recognize that the magnitude of the problem implies that the systems and lifestyles which can be shareable by the world’s population will have to be very different from those they take for granted. The degrowth movement is confronting the left with this need to adjust its focus, but in my view, most of its advocates also fail to grasp the enormity of the degrowth that is required.

In other words, “socialism” is far from enough, as Giorgios Kallis recognizes, and it is a mistake to think that socialism can provide green growth. What I cannot get leftists to think is that a good, enjoyable, sustainable and just post-capitalist society cannot be a socialist society. Shock, horror…. Ecosocialism is not the answer. Eco-anarchism has to be the answer. Due to the magnitude of the degrowth needed, a post-capitalist society has to be mostly anarchist in form, and the strategy for this revolution has to be essentially anarchist.

The case is detailed in the above “When will the left’s…” article. In a context of severe resource limits, to have sustainable, just and enjoyable settlements, communities, economies and geographies, these must be governed by their own citizens through direct and thoroughly participatory procedures managing local economies. Only they know the town, with its history, quirks, problems, soils, ecology and needs. They will have to make the decisions and implement them, via their committees, town meetings and working bees.

External or centralized authorities cannot give or impose the necessary levels of citizenship and conscientiousness, responsibility, cooperation and mutual concern. States will not have enough resources or information to make, let alone impose the decisions for millions of local communities. There will be a role for a small amount of central planning and organization, mainly to make sure that the local economies are provided with the small amount of goods and services they cannot produce for themselves. Nonetheless, anarchist communities will make sure that these remnant “state-level” agencies are also run on anarchist principles.

And this means that revolutionary strategy, as well as a post-revolutionary society, must also be anarchist in nature. “The Simpler Way” local, self-governing communities cannot be imposed or indeed given. Previous revolutions were essentially about taking power from the ruling class and forcing changes from above. Whether or not the masses were keen about them did not matter much, at least in the short run. The revolution I am speaking about is utterly different. The required new social system can only work if it is driven by eager, conscious, skilled, caring and happy citizens who are delighted to run their own local economies for the welfare of all.

But, what about the claim that if we take state power we can enable the formation of those self-sufficient villages? The obvious point is that these self-sufficient villages cannot be enabled unless such a vision is so widespread and strong to allow the election of a government focused on enabling them. That is, unless eco-anarchism has been achieved at the grassroots level long time before. A socialist government elected today would turn up the throttles in the factories so that everyone could have a Mercedes.

Tolstoy and Kropotkin understood this, and even Marx in his late life toyed with the possibility that a good society could be directly built on the model of the traditional collectivist Russian village. The implication is that the crucial revolutionary task is not to take state power. Rather, it is to develop the ideas and values at the mass level that will make ordinary people vote for local citizen-led autonomous communities and remnant state bureaucracies to support them via anarchist procedures. That change in ideas and values will be the revolution. The subsequent change in power structures will be a consequence of this. Thus, one of the most coercive implications of the limits to growth predicament is that revolutionary strategy too must be basically anarchist.

All of this makes clear the inadequacy of attempting to paint Marx green, as John Bellamy-Foster has done in recent years. I find the whole “metabolic rift” line of argument quite unimportant. Yes, Marx saw that there is a “rift”, just as he saw that capitalism causes damage to community, social cohesion and quality of life and that these destructive forces cannot be overcome until capitalism is transcended. But there is nothing in this that helps us to define or get to a sustainable society today.

Marxist theory gives us few, if any, ideas regarding the nature of our limits to growth and on its implications to the desirable ecological form of society; on the ways in which radical simplicity can be embraced or on the pathways to achieve such a social alternative. It does give us invaluable insights regarding the way capitalism works and the self-destructive direction it inevitably takes. In my opinion, O’Connor was right: Marxism and ecological sustainability are two separate things and trying to argue that Marx was a solid “greenie-for-today” is an unconvincing stretch.

To understand the world nowadays and the ways through which it can be saved needs two things. Firstly, a Marxist understanding of why capitalism has to be scrapped. Secondly, an understanding that sustainability cannot be achieved unless some kind of post-growth, post-industrial, post-affluence, post-globalization and post-market simpler way is willingly accepted.

I think Giorgos Kallis is mistaken in assuming that a post-growth society could still be a capitalist society. In his exchanges with Herman Daly, Richard Smith has stressed how capitalism necessarily involves growth and how market forces have a growth imperative within. The only way of holding out hope for a post-growth capitalism is to follow Daly in assuming that technical advance will continually enable more and more “value” to be squeezed out of a stable set of input resources. This is to say that economic growth can be “decoupled” from resource use. In a recent article, I explained that all the available evidence shows that no decoupling is possible.

My main concern with the degrowth movement is that, while it has been most valuable in rejecting the growth commitment, it has not reflected sufficiently on the radical implications of the limits to growth and it has given too little attention to developing an alternative vision, let alone one that focuses on the need for radical simplicity. Our most important task is to get people to see that a far better society than the current one is possible and easily achieved. Again this is the main concern of “The Simpler Way”.

* Ted Trainer is a retired lecturer from the School of Social Work, University of New South Wales.   He has written numerous books and articles on sustainability and is developing an alternative lifestyle educational site near Sydney, Australia, called Pigface Point.