Nancy Peluso on Maids and other Mobile Subjects: Remaking Forests and Agrarian Environments in Indonesia

Whose game is it anyway? Critical reflections on anti-poaching narratives 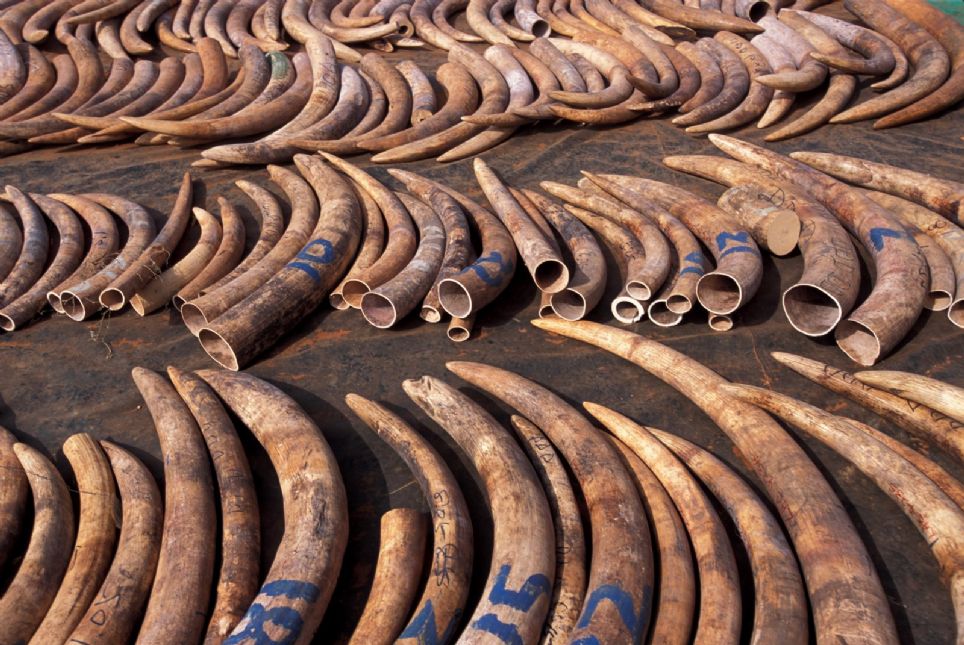 We need to find or create media narratives that don’t depend on shock and crisis. Designating particular hunting practices as poaching is an inherently political act, which is not always simple or just.

‘Hunting the elephant hunters’ was the title of an email I received recently. It invited me to contribute money to the Eagle Network, an organisation that investigates and campaigns against environmental crime. What gave me pause was that whilst the (short) message I received had information about the scale of elephant hunting and the ivory trade and successes in bringing hunters to justice, there was no information about hunters themselves, other than their self-evident criminality and their organisation into gangs. The case as presented was clear-cut: illegal hunters (poachers) present a catastrophic threat to elephants across Africa and immediate action is required.

While this is a shocking story, it also causes me to hesitate. After all, who are the poachers? Why are they doing this? Are they evil? Simply greedy?

Such a narrative is familiar to many. A great number of environmental organisations campaign around wildlife crime and it is presumably a successful strategy. Indeed, vigilante action against environmental criminals may form part of an organisation’s work. For example, the group known as The Black Fish trains volunteers to investigate ocean-related crime. Likewise, larger organisations, like the World Wildlife Fund campaign to end wildlife crime. The general story can be summarised as follows: animals are hunted illegally (often in the Global South) by poachers and rendered into commercial products that are often exported elsewhere.

This generalised narrative is what I have termed elsewhere as a ‘supermantra’, as it homogenises diverse situations and species (Singleton 2016). Within the poaching supermantra, a generalised framing emerges of an armed conflict between poachers and park rangers, as depicted in the video below. It is clear that certain conservation conflicts, for example in Kruger National Park, South Africa, have been and continue to be militarised (Lunstrom 2015).

‘Poaching’ involves catching and killing of something where one is not permitted to do so. In many conservation narratives, this involves hunting within protected areas or hunting endangered species. This, however, says nothing about how certain species/or places came to be rendered off limits. For example, throughout English history, the enclosure of common land has been the source of great conflict, as peasants were expelled and dispossessed en masse from land that provided livelihood and shelter. Numerous folk songs document battles between poachers and gamekeepers and the harsh punishments meted out to the poachers who are caught (see video below).

Returning to modern conservation, numerous academic papers and books have documented how ‘fortress conservation’ has systematically pushed local people off their land, with at times little regard for compensation, and in some cases simply continuing colonial patterns of dispossession (Brockington, Duffy and Igoe 2008, Dowie 2011, Neumann 2002). Indeed, the organisation Survival International, as part of its work with indigenous peoples, tirelessly draws attention to where conservation organisations have been complicit in human rights abuses (for example against WWF, in Botswana). As such, the ‘poacher’ may be the impoverished victim of dispossession and ‘poaching’ an attractive choice among a limited range of options.

It then follows that assessing a poaching situation really requires a nuanced understanding of that particular situation, something that unfortunately is seldom provided in many media campaigns, where the focus is often on the immediacy of threats. This lack of nuance contributes to a lack of clarity over who poachers actually are. Within many supermantras, local communities often seem largely voiceless.

My impression is that local people, if/when they are present in discussions on poaching, are depicted as victims in need of help in stopping rogue outsiders, or may be poachers themselves holding onto ‘backward’ or ‘incorrect’ values. The complex situations of people living with protected animals and landscapes are generally obscured. Part of this hidden context are countless social, ecological and political factors, which are rather neglected or, when present, simplified. Within supermantras, often a clear direct path of action is outlined; in the case of poaching, this may entail strengthening law enforcement.

This may mean funding armed gamekeepers or, in some cases, members of environmental organisations taking it upon themselves to investigate and police environmental law. However, if the ‘ownership’ of natural resources is contested, such interventions may not necessarily result in increased environmental justice. Likewise militarisation may not be other ecologically or socially beneficial (cf. Lunstrum 2016). Furthermore, focus on illegality may at times be wrong-headed, after all, much modern environmental destruction and species harvesting is fully legal.

(Video: A modern update on old English poaching songs. Note how there appears to be difference of interest between those who own the woods and other parts of the local community)

Of course this is not to deny that environmental crime and corruption exist. Neither does it deny that human activities (including hunting) are driving many species to extinction. I recently read a history of Japanese whaling, and it is impossible not to be disturbed when one reads about how catch quotas were circumvented in the post-World War II period. In essence, the government-promoted whaling industry had expanded to such an extent that it was essentially impossible for whaling companies to adhere to quotas and remain profitable. As such, various tricks were used to circumvent rules and the obvious decline in whale numbers was systematically denied (Watanabe 2009).

It is clear then that human greed and shortsightedness do play a role, and to think of resource users as simply ‘all good’ is equally incorrect as to assert that they are ‘all bad’.

We need to avoid oversimplification and look at what is driving each particular situation, especially if things that one presumes are in everyone’s interest (e.g. the health of the oceans), are being compromised counter-intuitively. I become concerned when the response to a conservation issue is to form organisations to carry out jobs that are really the preserve of official law enforcement. Likewise, when lethal force is repeatedly employed against desperately poor people. For instance, park guards are reportedly incentivised to ‘shoot on sight’ suspected poachers in Kaziranga National Park, India. Such practices are said to alienate local indigenous communities, with at least 62 people killed in the last decade. Similarly, since 2010, it is reported that almost 500 Mozambicans have been killed in South Africa’s Kruger Park for poaching activities.

Such a high rate of mortality among people from a very poor country should make one reflect. A recent paper calls for more nuanced understandings of human-animal interactions, arguing that a focus on conflict inhibits the search for constructive solutions (Frank 2016). I would echo that, asserting that we need to find or create successful media narratives that don’t depend always on shock and crisis. Many situations require more than supermantras and people need options. Designating particular hunting practices as poaching is an inherently political act, which is not always simple or just.

* Benedict Singleton is a PhD student in the University of Örebro in Sweden. His PhD thesis comprises of a range of research projects clustered around marine biology and its relationship to society.