“At least it is one step forward”: A dispatch from COP21

Rivers of Salt. Environmental history as the antidote to collective amnesia 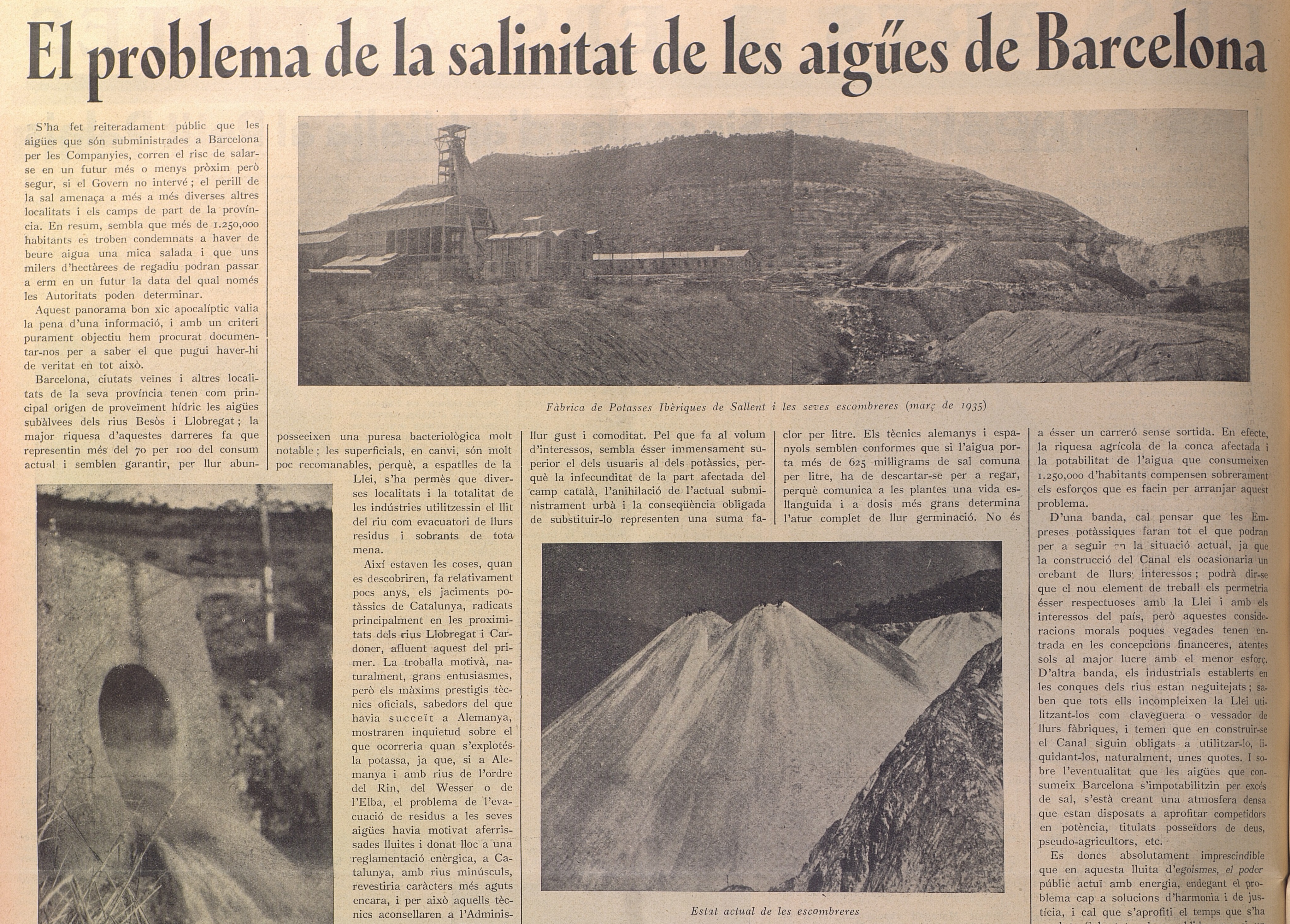 The history of environmental pollution in Barcelona’s drinking waters speaks about struggles for water quality. But water salinisation has today been naturalised, and thus, forgotten.

Society has an odd habit of forgetting. Or maybe, forgetting is not exactly the right word.  I forget where I put my keys, or I forget my lunchbox at home. However, the process in which the city of Barcelona forgot why its drinking water contained high levels of salts is maybe calling for another word.  Of course, the difference between forgetting where you put your keys and an entire city forgetting about the the causes of its drinking water pollution, has everything to do with power. Collective amnesia is the result of both contemporary and historic power networks and power relations. In this case, it is the power that aimed to construct a narrative, to (re)explain to the city the natural conditions under which they obtained their drinking water.

Digging back into the archives is the best antidote to collective amnesia, purchased or otherwise. When the origins of an environmental conflict are forgotten, we can turn to environmental historians, and let them guide us; listen to them who have spent hours searching archives, reading dusty letters, turning thousands of pages of old newspapers looking for clues buried in the past. Environmental historians are uniquely positioned to guide us back in time and walk us through the sequence of events that have created the institutions and dynamics that we have inherited in our socio-ecological systems, today.

Environmental historians may help us understand how our perceptions of environmental conflicts have changed over time.  Yet, as demonstrated by the case of Barcelona, changes in perception can include re-framing an issue so as to favour interpretations that only benefit a small minority.

In the book Rivers of Salt, the environmental historian who serves as our guide is Santiago Gorostiza. The book recounts the history of the Llobregat and Cardener Rivers in the Spanish region of Catalonia. These rivers provide a large share of the drinking water for the capital city of Barcelona and the surrounding metropolitan region. Starting in the early twentieth century, potash mining companies began extractive activities that dumped residual salts into the river network. These contaminants posed a major threat the to city of Barcelona, as public officials feared that their water source would become untreatable and undrinkable.

Multiple scientific studies in the 1920s and 1930s revealed the connection between the mining activity and salt concentrations in the rivers and aquifers. Eventually, the mining companies tacitly acknowledged their contribution to the salinity problem in the Llobregat and Cardener Rivers. As a result, negotiations began between the mining companies, the Spanish government and the private water company, Aguas de Barcelona, to develop a brine collector that would transport contaminants from the mines to the Mediterranean. Blue prints for the brine collector were drafted, but the project came to a halt with the Spanish Civil War (1936-1939).

When mining activity halted during the Spanish Civil War, salinity levels dropped, providing stronger evidence that the salinity problems at the base of the watershed were connected to the mining activity upstream. After the Civil War, government engineers drafted new plans to build the brine collector, but the project was repeatedly stalled. Under the Francoist dictatorship, public debate on the conflict was silenced and legislation loosened. It was not until the 1980s, when Barcelona finally obtained the brine collector that the city had requested in the 1930s. 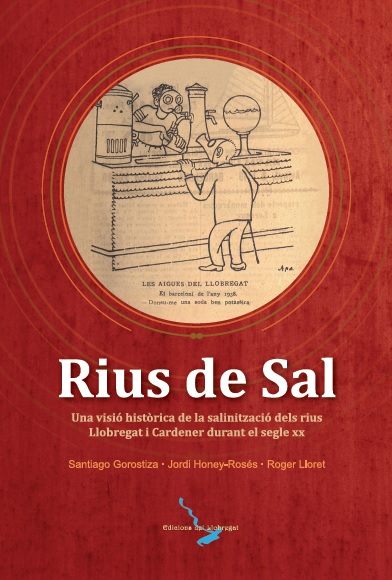 Rivers of Salt reveals new documentary evidence on how the mining companies were aware of their impacts on the quality of Barcelona’s drinking water supply. It also reveals that city planners in Barcelona and the metropolitan region developed plans to protect water supplies in the 1930s. The ample alliance demanding a better management of river waters included the private company supplying water to Barcelona, but also the Municipal Laboratory, the fishers’ associations and anarchist doctors who argued that salinisation could harm human health in the long term. Under the dictatorship, the long story of their struggle fell to oblivion.

Since the 1930s, salinity concentrations have risen even further, despite the presence of the brine collector. The high salinity concentrations in the Llobregat River has obliged the two major water treatment facilities in the Barcelona region to purchase and operate desalination plants that treat what should be an inland source of freshwater. The mine tails in central Catalonia, and the salinity problem it has caused in the Llobregat and Cardener Rivers, has been called Catalonia’s most pressing environmental problem.

For those familiar with this issue today, perhaps the most interest aspect of this book is how much was known then, but has been forgotten. To this day, the current mining company extracting potash argues that the salt concentrations in the watershed are the result of the “natural” geology in the watershed. This contradicts the conclusions of their own predecessors from the 1930s. Thus this case serves as an excellent example of how environmental problems can be reframed and reconfigured. Without the work of environmental historians, we may degrade our ecosystems and our collective memory far too fast.

*Jordi Honey-Rosés is an Assistant Professor at the School of Community and Regional Planning specialized in ecological planning, ecosystem services and natural resource management. He is co-author of Rius de Sal (Edicions del Llobregat, 2015).