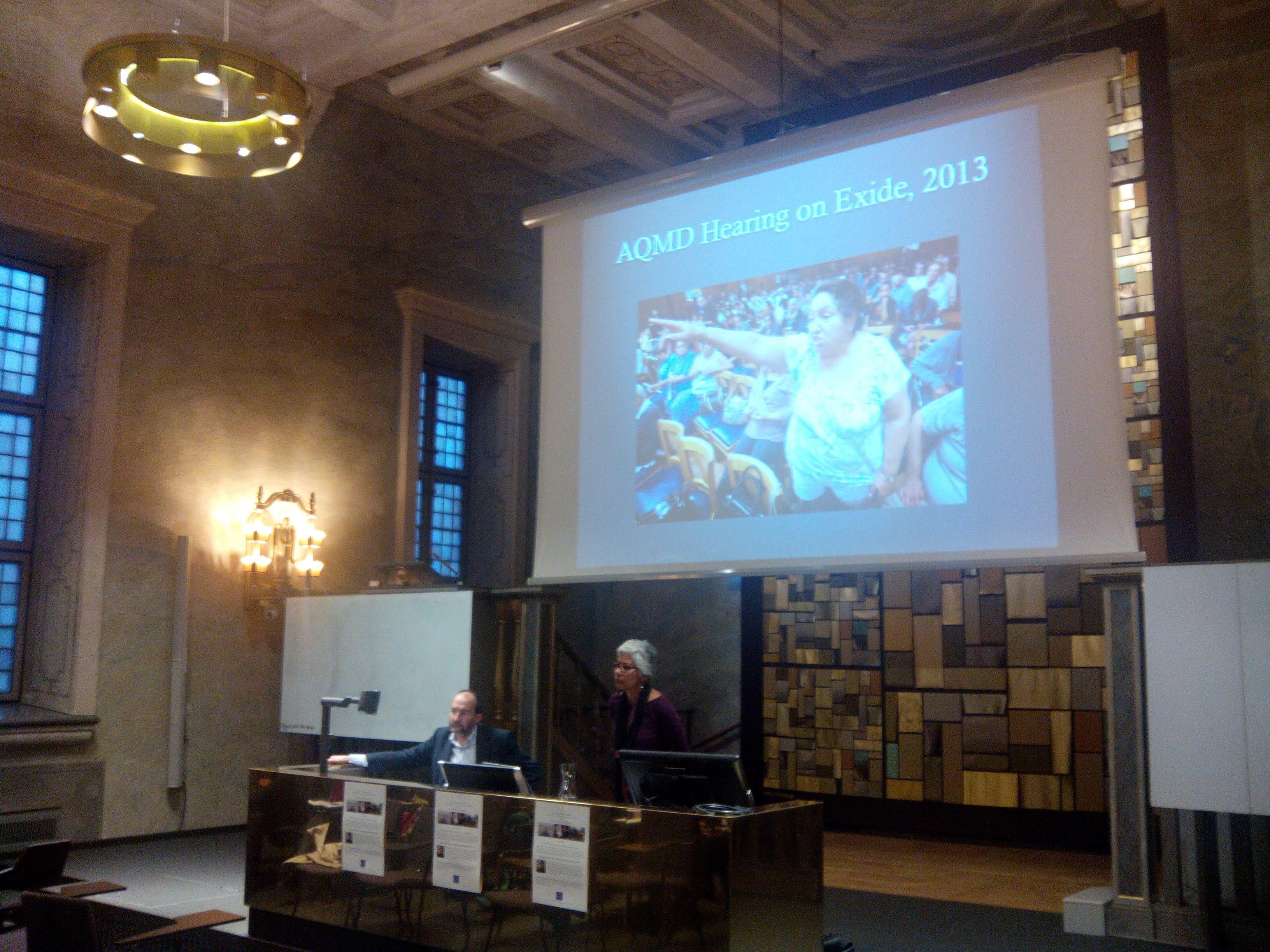 The scholar-activist Laura Pulido suggests that environmental racism is a structural form of violence sanctioned by the state, and provokes us to think of the state as a racialised entity whose agenda perpetuates racial violence and class domination.

Internationally renowned scholar-activist Laura Pulido (University of Southern California) animated the 2014 Stockholm Archipelago Lecture, organised by the Environmental Humanities Laboratory at KTH, with a presentation entitled “Environmental Racism as State-Sanctioned Racial Violence”. This was a thought-provoking workshop ran with young scholars, followed by lively discussions.
Is the American state a solution to or an element of environmental racism?
Pulido’s polemical starting point is as straightforward as it may sound inconvenient to some: although environmental justice advocates – at least in the US context – have traditionally perceived the state as an ally in their struggles, it has now come the time to critically reconsider its role with regard to environmental racism.
First and foremost, the idea that the state is a neutral actor composing and at times disassembling partial interests should be put into question. In fact, even before being addressed by various pressure groups or lobbies, the state is able to define the discursive terrain upon which environmental justice is grounded. Such a performative form of power has profound political implications and it is made clear when approached through the analytical lenses of the critique of environmental racism.
Pulido posits that environmental racism should be conceived of as a structural form of violence that is constitutive of the state, since it is deployed by means of repeated regulatory failures and reiterated through the production of expendable bodies and devalued territories. Thus, what is crucially missing from the environmental justice perspective is the recognition of the state as a racialised entity whose agenda perpetuates rather than eradicates the plague of racism. Finally, Pulido contends, if the racial state must be assessed for what it is, the environmental justice movement should move beyond it and, consequently, overcome its normative horizon.
One way of realising the racialised nature of the state is to look at the history of the county of Los Angeles, marked as it has been by racial violence since its colonial origins. Such violence – which has been responsible for the cultural annihilation of native populations – has been ‘naturalised’ within the region’s history just as environmental injustice has been ’embodied’ in both social attitudes and state policies. A good case in point is Exide Technologies, a battery recycling facility  that has a long records of pollution violations in a highly racialised area. Nonetheless, the state allows it to continue operating, unmistakably showing that this particular instance of environmental racism can be seen as an example of state-sanctioned racial violence. Ultimately, Pulido concludes, Exide Technologies is but the latest example in a long line of such violence that has shaped the lives and deaths of communities of colour in Los Angeles over the last centuries.
Implications for the European context: a racialisation of class?
Following the lecture, Pulido joined a workshop that included presentations of several PhD students along with invited researchers, some of them participating in ENTITLE. The topics of the different research presented ranged from eco-criticism to political ecology and environmental history. Many of them shared questions related to how we conduct scholar research when we are involved as activists as well.
This is a topic where Pulido’s experience as scholar-activist has been widely acknowledged. In fact, her aforementioned interest in the role of the state in its relation with social movements emerged from her original and long-standing interest in understanding how people became activists. Based on her human and academic experience, Pulido authored a letter to “potential scholar activists” which tries to provide answers to six questions related to the dilemmas of scholar-activist research.
The opportunity of interacting with Pulido spurred lively discussions on the relevance of her approach to the European context, traditionally less analysed under the lenses of environmental racism and environmental justice. How does ‘environmental racism’ affect European societies?
Several possible answers came out of the workshop’s presentations and discussions. In many cases of conflicts in Europe, state-sanctioned environmental racism appears to be based on the production of difference in and through space. For instance, the steel factory of Taranto, with enormous health impacts for the local population, was installed in a town classified as an ‘underdeveloped’ area with a high unemployment rate. Another example is the ‘death triangle’ of Campania, also in Southern Italy, the scenario of waste dumping activities in ‘deviant’ urban outskirts and rural areas, where the regional dialect is dominant. All of the cases showed how the production of difference is far from innocent: the frequent overlapping of social hierarchy, income segmentation and racist discrimination suggests that a process of racialisation of class is underway. Thus, the role of the state should be understood from the perspective of a simultaneous deployment of racial violence and class domination.
Overall, the lecture and workshop offered us a new understanding of environmental injustice, according to which the state treats certain social groups and their spaces of living as dumping sites on the basis of  their ‘difference’ from a normalised social ideal-type which is the subject of environmental regulation. From this point of view, targeted populations of environmentally hazardous installations may as well be those with land-based lifestyles (rural and mountain communities), communities living in the urban outskirts, working-class communities in industrial areas, migrant populations or urban populations in non-gentrified old city centres, among others. All of these groups share a class status of lower-than-average income which, together with other cultural factors such as language differences, makes them ‘subaltern’ in cultural and social terms, and marks them as ‘different’, ‘undesirable’ or ‘expendable’.  As a result, the territories they inhabit become ‘sacrifice zones’ for environmentally hazardous activities.
*Emanuele Leonardi  is a Post-Doc Researcher at the Center for Social Studies of the University of Coimbra (CES/UC). His research interests include the intersection between the Foucauldian notion of biopolitics and the field of political ecology, the financialisation of the environmental crisis, carbon trading and climate justice movements, and job blackmail and working-class environmentalism.
Share