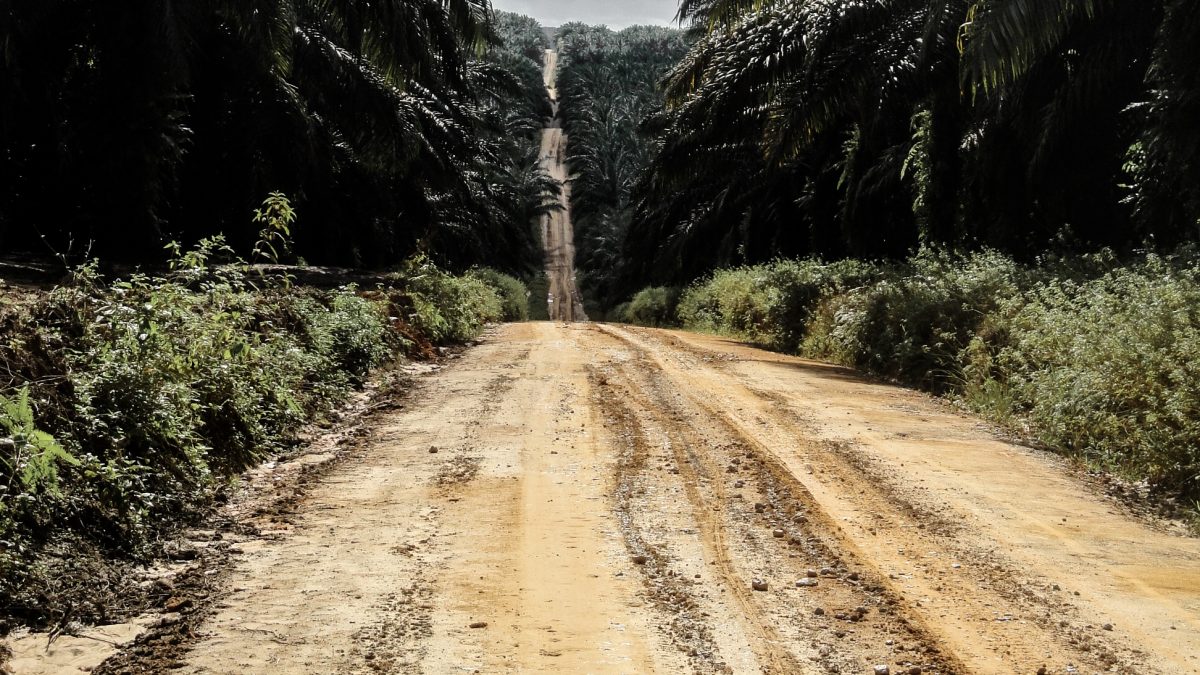 Forest fires are directly connected to degradation of primary forest and land use changes for the expansion of grasslands (for cattle farming) and for commercially interesting monocultures such as oil palm, soya and rubber.

Seven years ago, I conducted my master’s research on the environmental and social effects of the expansion of oil palm plantations. My field site was Kutai Barat district, in East Kalimantan, Indonesia. The broad aims of my study were to assess the relationship between land use change to oil palm plantations and changes in forest cover, and to identify the local communities’ motivations for adopting oil palm.

Today, Indonesia is the largest palm oil producer in the world. The country supplied 56% of the world’s palm oil last year. This rapid expansion of oil palm has been considered as one of the main drivers of the massive deforestation Indonesia has experienced during the last decades.

Oil palm expansion comes also with intense air and water pollution and significant risks for the health of surrounding populations. It is also well observed (see, for example, here and here) that processes of land use change towards palm oil production in the region cause important land and livelihood dispossession to vulnerable local communities, including indigenous tribes.  What drives the constant expansion of this business in countries such as Indonesia?

In short, what my case study revealed was that the main motivations for switching to oil palm plantation were: the need for alternative livelihood sources to subsistence farming, the lack of information on the negative environmental impacts of oil palm plantations, as well as the regulations proposed by the District Government that facilitated the establishment of palm oil companies in Kutai Barat district.

Below I offer an abbreviated version of part of my findings, in which I try to make sense of the politics of conservation and oil palm expansion that were developing in front of my eyes. It was clear that if District Governments had forest conservation in mind, they would inform the communities over the negative impacts of palm oil and of the company’s establishment. At the same time, I the local branches of globally-known environmental NGOs of international scale operating in the area kept a seemingly neutral attitude to the issue, cooperating with district authorities and essentially doing nothing to prevent deforestation and protect local communities. Their silence was an accomplice to the socio-environmental disaster caused by palm oil plantations.

But, what is really happening legislation-wise in East Kalimantan, and how do palm oil companies operate in relation to the local government and the large local landholders?

Kutai Barat district is particularly interesting due to the high levels of carbon stocks and ‘high conservation value’ areas (HCVs) in its tropical forest, as well as the variety of the tribal communities inhabiting the region. The pressure from the growing demand for palm oil production over the last decades has led to a rapid expansion of oil palm plantations. 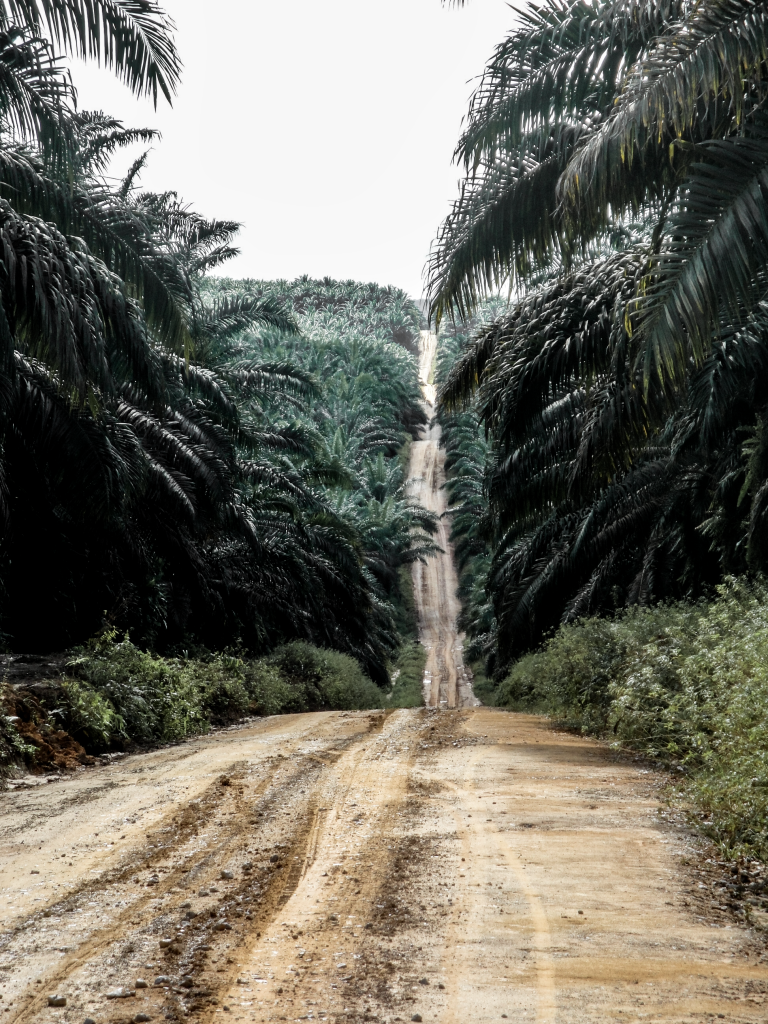 In my study, which looked at the period 1990-2010, land use change to oil palm appeared to be only to a small degree related to changes in forest cover, seeing how it was the expansion of grassland and shrubs or other plantations (such as acacia and rubber) that accounted for the largest part of forest cover decline in Kutai Barat district. However, land uses related to oil palm accounted for the largest part of grassland and shrub land area conversion over the same period, implying a probable indirect impact of oil palm expansion on forest cover. In other words, what got turned into grassland and shrubs was later converted into palm oil plantations.

Is there a link between oil palm expansion (as well as timber and rubber plantations that have been replacing forests and small-scale rice fields) and forest fires (including recent ones) and the consequent expansion of grasslands?

In the course of my fieldwork, I met a few times with a local landholder who had recently given his vast family forest land heritage to the palm oil company operating in the area. My aim was to investigate the motives behind this action, what the benefits from the palm oil company would be and if he was aware of any consequences.

He appeared to be an affluent man who had a share in the palm oil company himself, together with some family members and friends. It was a family business operating with the consent of a corrupted government and the ‘green-stamp’ of a ghost-operating environmental organisation. Again, the silence and idleness of the “green” NGO allowed such operations to continue despite their contribution to environmental degradation.

During one of the interviews, my informant drove me to the ‘site of the environmental crime’. A vast area of land covered with young oil palms. A beautiful rainforest converted into an oil palm nursery, overnight. I stood there, numb, trying to look as neutral as possible next to a man proud of his achievement.

I was confused, my mind was buzzing and I kept myself from bursting into tears (I did later that day). I gathered my courage to act surprised and eager to learn more of this ‘wonderful’ event. Following my reaction, he opened up in an ecstatic effort to impress me explaining the structure of the industry in Indonesia and how it operates. It was the same institutional conglomerate that operated with different hands, grabbing the forest, clearing it up and then planting commercial monocultures according to the demand of the market. 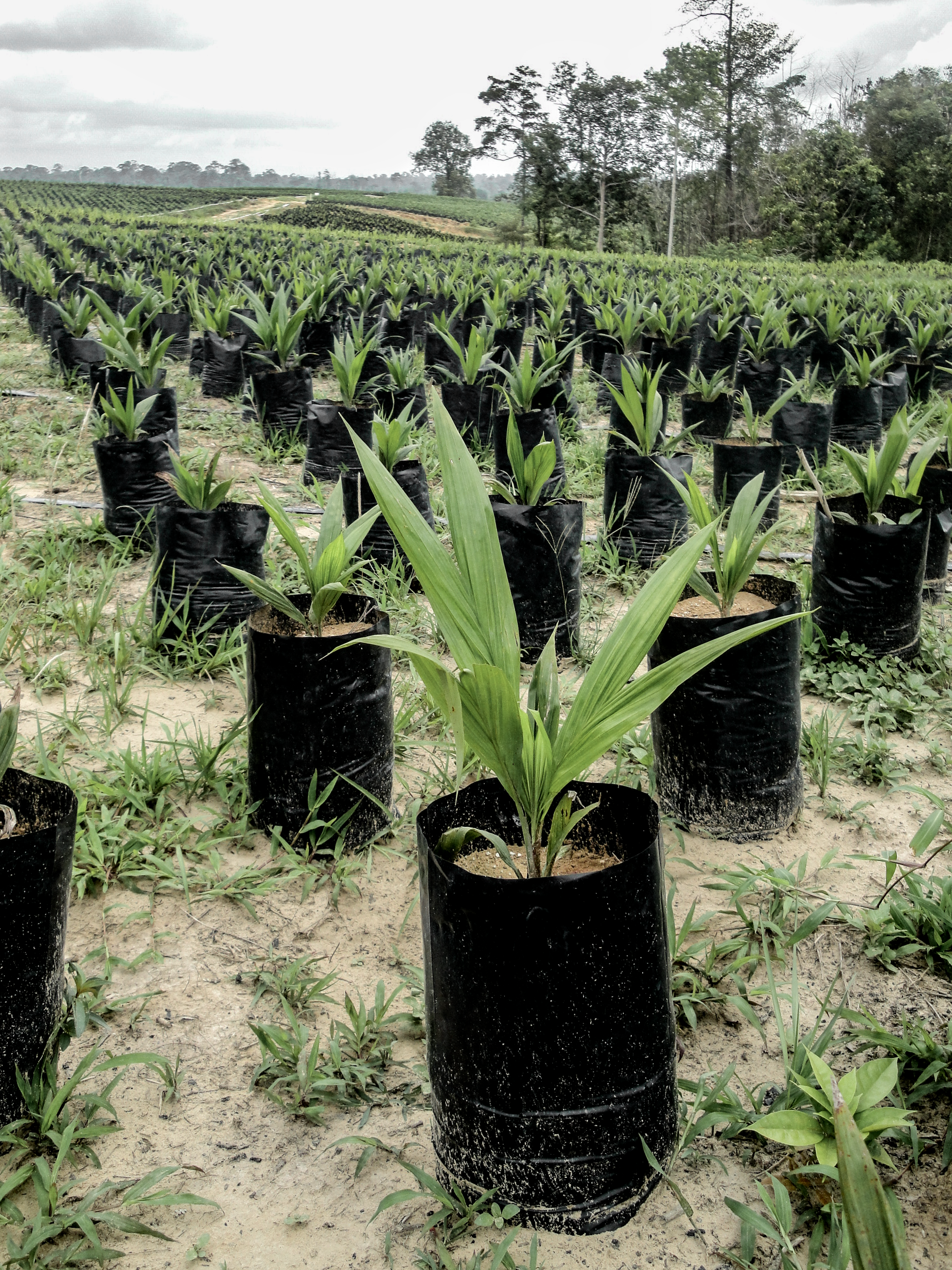 This is how the story goes: Parent company A owns subsidiary company B for timber, company C for palm oil and probably more companies for rubber or biofuels. Once the timber company operates, the forest is cleared and ready for the other parties to plant monocultures. In this way, a palm oil company is never transparently asking for a plantation permit on a forested area, which is against the Indonesian law. The permits are indirectly obtained – after the timber company has operated – on a cleared area that used to be forest.

Other interviewees talked to me about cases of local environmental government officials losing their jobs or receiving life-threatening notes when they dared to open a case against a palm oil company. At the same time, environmental organisations that were fighting for the forest and against governmental corruption operated mainly voluntary and with very limited resources.

To conclude, at a hot spot of high financial interest and with corrupted local governments, it is not possible to find a sustainable solution for environmental conservation and social welfare. Environmental protection cannot be isolated from international and local politics. Unsustainable production chains also because the logic of capitalism exceeds any kind of environmental regulation or protection ethic at a global level. EU countries sign commercial agreements with tropical countries like Brasil and Indonesia for years now, motivating the destruction of tropical forests for the mass production of beef or palm oil that are turned into profits by colossal companies. Brought to our plate everyday, these products are profitable at the expense of environmental destruction, of the lives of local forest defenders and their communities.

As a biologist working on environmental protection issues, I stumbled upon the politics of land grabbing and monoculture, and of empty claims about nature and its protection. Netherlands, a country with colonial history in Indonesia, funded my research under a program for sustainability and the environment. At the same time, and according to different sources, Dutch banks (such as Rabobank and ABN AMRO) are investing on projects related to such unsustainable palm oil production.

Alexandra Mitsiou is a food stylist and food concept designer based in the Netherlands, with a background in Biology and Natural Resource Management.