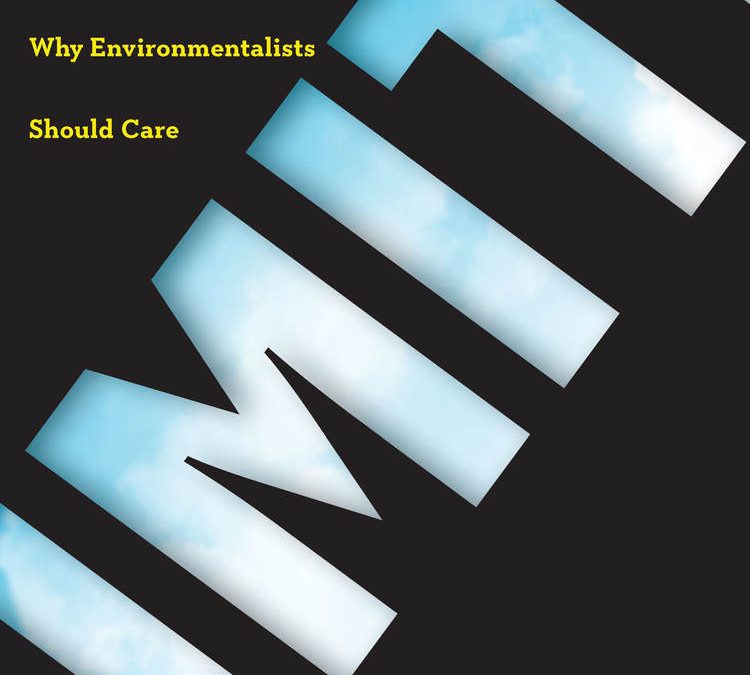 Self-limitation is not about constraining, but about defining collectively as societies our limits.

Political ecology ‘has made strong arguments against natural limits’ and is in friction with ‘degrowth’s .. urgency of less’, writes Paul Robbins. Indeed, political ecologists developed the field as a response to 1970s neo-Malthusianism. Nancy Peluso, Lyla Mehta or Betsy Hartmann have exposed the racist, classist and patriarchal underpinnings of neo-Malthusian discourses of environmental degradation, overpopulation, or scarcity.

I am a political ecologist. I love these books. How do I square then this with my defense of limits and degrowth?

It took me sixteen years after my PhD to figure it out. We should distinguish, I always felt, reactionary notions of limits, like the ‘coming anarchy’ of prophets of doom like Robert Kaplan or Garett Hardin; and limits like those defended from activists at places like Standing Rock. Lumping all defenses of limits as Malthusian is analytically sloppy and politically wrong.

I felt this in my skin when, as a late-night twitter intellectual, I was told by fellow travelers that I am a baby-killer and a Malthusian (Me, a Malthusian?!). But the catalyst that got me going was an essay by Gareth Dale, in which I learned that Malthus was actually in favour of growth, not limits.

Malthus’s An Essay on the Principle of Population is one of those classic works that academics feel comfortable citing without taking the trouble to read. I followed Gareth’s lead and sat down to read it again – line by line. And here is the story I have to tell.

First, Malthus was not a Malthusian, he was an economist. Second, radical environmentalism has always been romantic – and romantics were the fiercest critics of Malthus.

I show in my new book, Limits: Why Malthus Was Wrong and Why Environmentalists Should Care, that Malthus did not predict, much less call for limits. Malthus invoked the specter of limits to advocate for growth. And in the name of growth, he rejected redistribution, defending class society against revolutionaries. Without inequality the poor will get lazy, Malthus argued. And if they are lazy, they won’t produce enough.

Malthus worried that without hard work to produce more food, population will not grow. For Malthus, like his mentor at Cambridge William Paley, population growth was the ultimate good. Malthus and Paley were clerics, and for them clerics god wants us to multiply and populate the Earth. Assuming a god-given command to have as many children as possible, Malthus concluded that the world is and will always be scarce. Against scarcity the only thing we can do, save for tyranny, is to stay disciplined, forget these silly revolutions and produce more, Malthus concluded.

Scholars who have studied Malthus seriously, such as Robert Mayhew or Frank Elwell, also say that Malthus was not a Malthusian. Malthus claimed in the Essay that there are no limits to resources, or even food. He left no doubt that he was against birth control. Not for moral reasons but, as he explained, because limits to population would remove a stimulus to industry!

Malthus was not only a cleric, but also an economist, the first with a University chair. Economics inherited from Malthus the theological assumption of a drive to expand without limit. If wants are unlimited, as economists assume they are, then the world is scarce by definition – a scarcity that can be confronted only by more work and growth. Growth promises everyone more tomorrow; but at the same time, there is never ‘enough for everyone to have a decent share’, as Malthus put it.

Engels and socialists after Engels challenged Malthus on the basis that socialism will develop technology and produce enough for everyone – just, tomorrow. This played in Malthus’s terrain of scarcity and progress, accepting his premise that there is not enough today.

The romantics instead mocked Malthus for thinking that what people want is more and more children. The romantics praised free love. We can both limit and enjoy ourselves – have sex without having children, the most radicals among them dared say. Malthus could never accept something like that – not only because he was a cleric, but also because if he did, then indeed there could be enough for everyone. And a classless society would be possible. 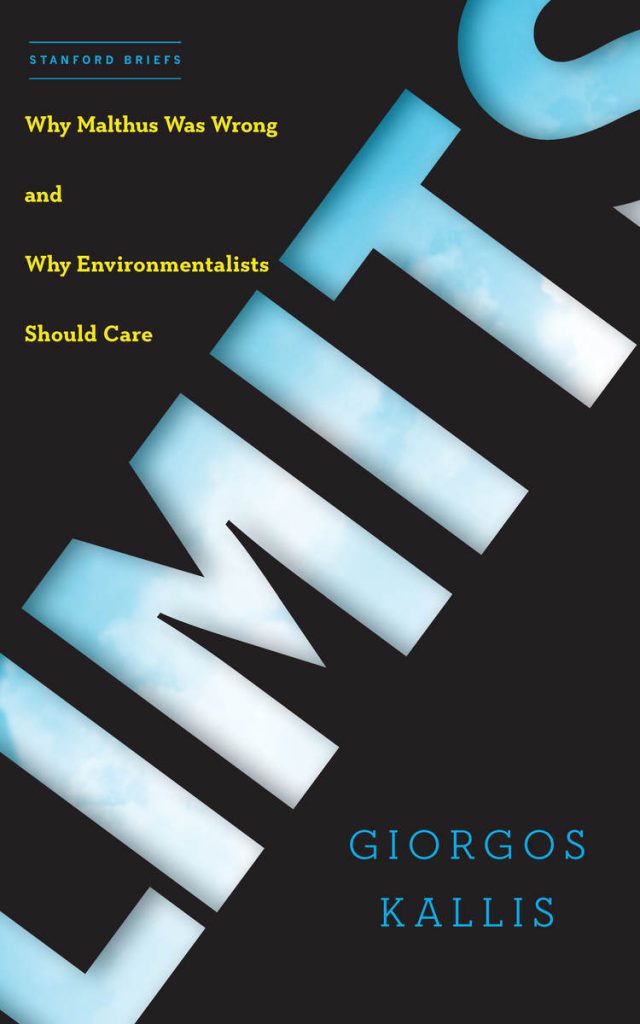 In my book I show how such romantic (and related socialist, feminist and anarchist) ideas articulate a notion of limits as a source of freedom and abundance. Likewise, those of us who defend degrowth today do not call for limits because the world is running out of stuff. We are not worried that growth might come to an end – we want to end growth and stop its catastrophic and meaningless path, despoiling the abundance of this planet that we can enjoy in common.

To put it differently: environmentalists like us are not warning of limits. We want limits. Limits in order to stop ecological and social destruction. Limits to stop in its tracks a capitalist system that knows no limits and is exploitative and ugly. Limits to leave space for others, human and non-human.

Limits bring freedom. A pianist can make infinite music with a limited keyboard. Give the pianist an infinite keyboard, and she or he would paralyze. Limitless choice is debilitating. Capital’s limitless and senseless pursuit of more is not freedom – it is slavery.

The call for ‘self-limitation’ is different from (neo)Malthusian views of limits as a natural property of the world. The atmosphere is not a limited ‘sink’ (what a terrible way to think of the sky) – it is we who should limit emissions so as not to screw the climate. The limit is on us, not the sky. There are no ‘natural limits’ that force us to do this or that. There is an ethical and political imperative not to: not to do everything that can be done, not to despoil the beauty we have inherited.

Self-limitation the way I see it is not about constraining, but about defining collectively as societies our limits. Collective self-limitation is the essence of democracy. This is why capitalism has always had little tolerance for real democracy.

Granted, capitalism limits the poor. A narrative of limits faces today, as it did in Malthus’s time, an uphill battle to inspire those who live with less than enough. But those who have little, want enough – it is those who feel they might have less than others that want ever more (and in a capitalist society everyone has less than someone else).

A politics of more is what capitalism has always sold to people – to the dispossessed and the propertied alike. Ever since Malthus, limits to few have been justified in the name of more for everyone. Austerity was never implemented for the sake of ecological limits or international solidarity. Austerity is pursued in the name of growth.

Enrico Berlinguer, historical leader of the Italian Communist Party, saw that early. Back in 1977 and as neo-liberal austerity was rising, he advocated instead an austerity of solidarity, an austerity of living simply so that others can simply live. An austerity of private, not public consumption.

I grew up in the 70s, and I remember my communist grandfather living more frugally than the most frugal of ecologists today – not to save money but out of solidarity and respect for those in need. Were he alive, my grandfather would struggle to understand those ‘luxury communists’ today who dream of free infinity pools.

A wisdom of self-limitation has featured in Eastern and Western civilizations throughout the ages. Can a powerful politics be constructed around this common sense of enough?

Giorgos Kallis is ICREA professor at ICTA (Autonomous University of Barcelona) and author of Limits. Why Malthus was wrong and why environmentalists should care (Stanford University Press, 2019). Tweets at @g_kallis