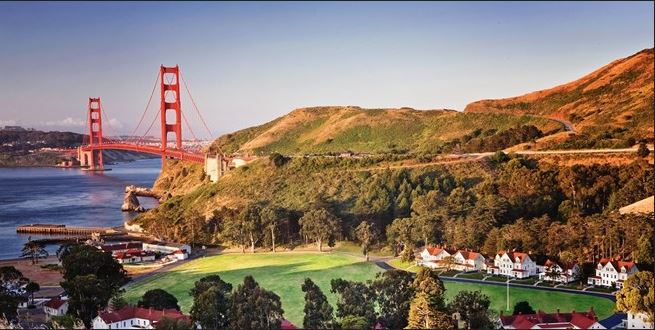 In June, I was invited to speak at the eight annual Breakthrough Dialogue, an annual invite-only conference where accomplished thinkers debate how to achieve prosperity for humans and nature. The Breakthrough Institute, an ecomodernist think-tank, welcomed my presence as a provocateur.

I was to participate in a panel called “Decoupling vs. Degrowth”. My role was the token “degrowther” making my case to a majority “decoupler” crowd. In this context, degrowth is the proposal to intentionally shrink the physical size of wealthy economies, whereas decoupling is the hope that growing economies will at last break free from growing resource use and environmental damage. The former renews environmentalism as a subversive political movement. The latter is firmly post-environmentalist, often associated with support for nuclear energy, industrial agriculture, and artificial technologies. With my mentor Giorgos Kallis, we’ve spent three years working together on a critical analysis of this post-environmentalism that emanates from the Breakthrough Institute and their self-styled ecomodernist friends. 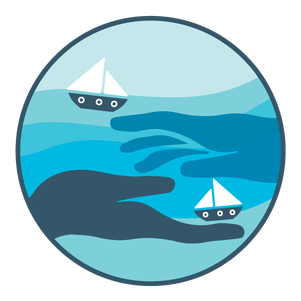 The panel and the whole event went well. I think I made a bulletproof case for degrowth. I learned lots about geoengineering, carbon capture, agricultural modernization, and other topics from brilliant thought leaders – whom Noam Chomsky might call the intelligentsia – both through their panel discussions and informal conversations. Talking with journalists and scientists who had never engaged with degrowth before made the Dialogues worthwhile. I expected to feel like a visiting team player in a hostile professional sports arena, but really it was more like being a foreigner who people are interested in but don’t always know how to interact with.

The Dialogues take place at a mildly fancy ex-military base turned resort underneath the Golden Gate Bridge, looking across at San Francisco. Rachel Pritzker, a post-environmentalist whose family’s wealth comes from the Hyatt Hotel chain, funds the whole event through her Pritzker Innovation Fund, including my plane tickets and lodging.

On our panel, I showed that decoupling is not happening. Total material extraction – the plants, fuels, metals, and rocks people take from nature – rises together with GDP. The only individual substances whose use has declined are those that have been explicitly banned like asbestos, mercury, and ozone-depleting chemicals. Carbon emissions grow a little more slowly than the economy, and thus achieve “relative decoupling.”

The Dialogue took place at Cavallo Point Lodge, a national park resort on the San Francisco Bay with beautiful views of the city skyline and the Golden Gate Bridge when it’s not foggy. Source: Travel Zoo

I then called into question the notion that more and more relative decoupling could ever lead to absolute decoupling, since scale and efficiency are not independent: the economies of scale concept suggests that greater efficiency can only be achieved at greater scale. Or from the reverse perspective, it is relative efficiency gains that enable economic growth. If a given amount of economic output can be made from fewer fossil fuels, for example, then that frees up fuels to make more. Society’s surplus grows and gets reinvested to expand production further.

I argued that it is much easier, say, to transition a 10-terawatt global energy system to low-carbon sources than one that is 15 terawatts and growing, drawing on Aljoša Slameršak’s ongoing doctoral research. And if the decouplers are right after all, then intentionally shrinking the biophysical economy shouldn’t hurt GDP anyway – so why would they oppose it? (Thanks to Herman Daly for this “gotcha” argument.)

The rest of the panelists, surprisingly, told similarly stories. The Breakthrough Institute’s conservation director Linus Blomqvist displayed about the same data I did, but framed it with a “cautiously optimistic” narrative about decoupling trends. University of California- Berkeley economics professor Clair Brown drew on her book Buddhist Economics to make the case for decoupling and degrowth, “depending on what continent you’re standing on”: material overabundance and enormous global inequality both hamper real well-being. Samir Saran came with a strong justice perspective from India, denouncing both decoupling and degrowth as unacceptable for putting eco-conditions on addressing human suffering in poor regions. 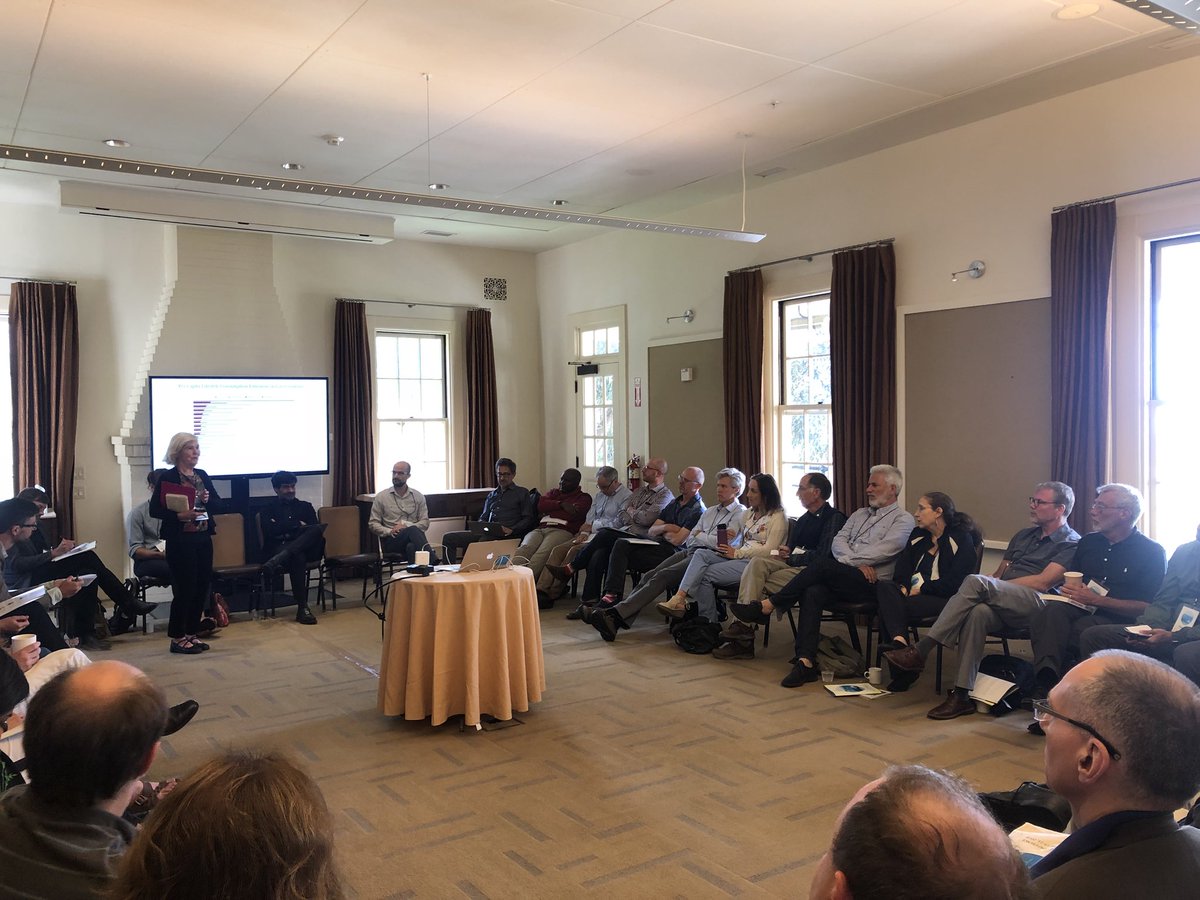 This provided a good chance to clarify that degrowth is a proposal for wealthy countries. Blomqvist had displayed charts showing that wealthy countries’ domestic material consumption has flatlined in recent decades, while their material footprint – the total extraction supporting their consumption – has grown right along with GDP. This means that the rich world achieves growth now by taking increasing amounts of resources from other (global South) countries, many of which have large populations with unmet material needs. Degrowth is ideally about allowing poorer countries more autonomy over their own resources, not dictating that they degrow too. Right now the global economy dictates that all countries grow.

When our moderator Andy Revkin asked me about the “knobs and levers” to achieve degrowth, I said that – short of expropriating the means of production – the people in the room are thought leaders and opinion makers and if they say that degrowth is politically unrealistic it is a self-fulfilling prophecy; but if they agree that pursing endless exponential growth in rich countries is absurd, they should speak out and write about it. Heck, ecomodernists think that promoting nuclear power and GMOs is worth their effort. How could degrowth possibly be less popular or politically feasible?

Many people, including folks who disagree with degrowth, told me that I spoke clearly and confidently. Oliver Morton of The Economist and the Breakthrough Institute complimented me on the argument about the difference between relative, growth-enabling efficiency gains and absolute decoupling. Michael Specter of The New Yorker said he liked my talk because I did not rely on magic. Lots of post-environmentalists asked me questions about degrowth with genuine interest. Others challenged degrowth with teleological arguments about space colonization, moral cases for geoengineering, appeals to the “human nature” of growth, and doubts about how growth could possibly be stopped. They were surprised that I had heard and could respond to every one of their counterarguments. That is not to say that I did not listen to and learn from others, just that they did not have many original thoughts about degrowth. 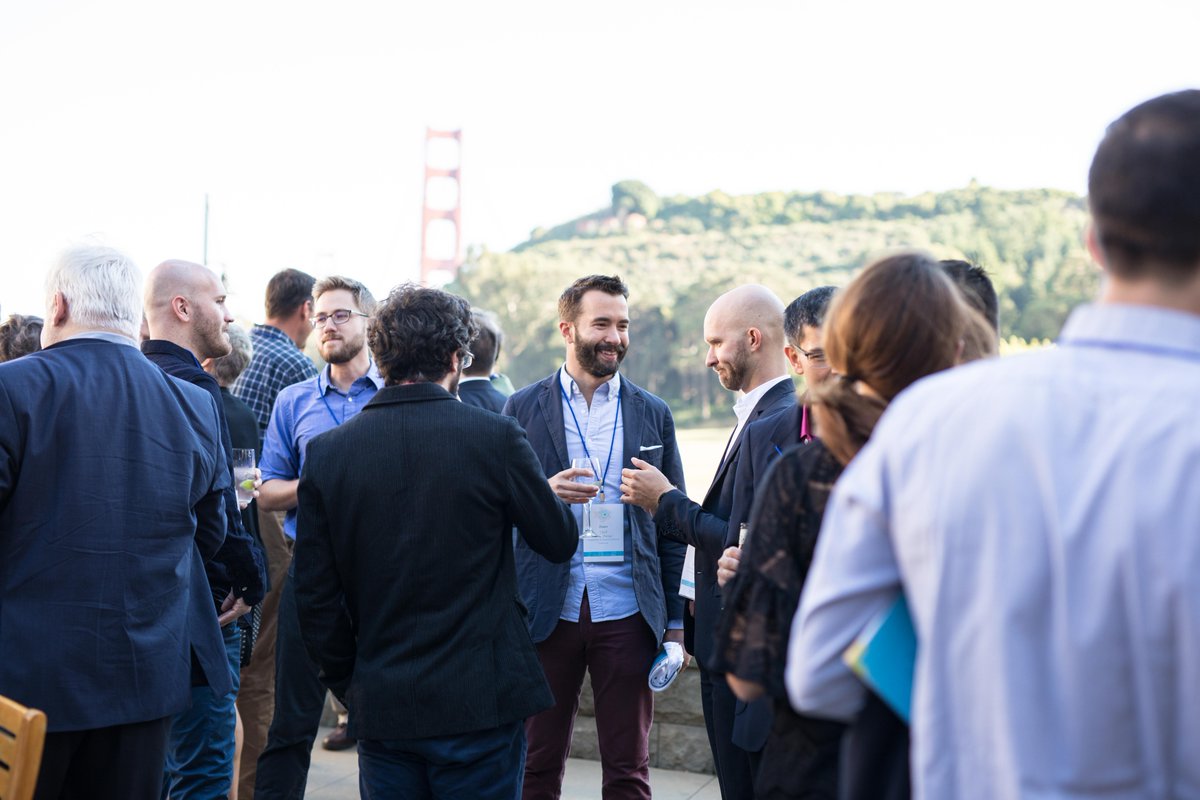 Mingling (with a lot of white men) at the Breakthrough Dialogue, an event that aims for “achieving disagreement,” defined as being able to state your opponent’s position in words they would recognize as their own . Source: The Breakthrough Institute

It was especially the discussions over beers and between sessions that made this conference, like any, worthwhile. I learned a lot from interactions with smart scientists and expert writers. People were respectful, arguing fiercely over ideas without making it personal. This is an ideal that academia sometimes disappoints me on, when intellectual disputes turn into interpersonal conflict.

But I was amazed at how brazenly condescending speakers were toward people they thought were not in the room: not just anti-GMO and anti-nuclear people, but also toward the public in general. It is assumed that everyone is misinformed. It is assumed that everyone wants to be modern. That farming and cooking are horrible chores no human would ever want to do unless from a pre-packaged kit as a fun hobby. That “the peasant diet was [sic] awful.” (That’s a comment from Rachel Laudan, the historian of food who received an award and was interviewed to open the conference.) To her and others there, factory farms and industrial processed food are miracles of modernity. Ecomodernists seem to think that concerned citizens who like cooking organic food from farmers markets are elites simply mistaken about what they want.

People at the conference also seemed unaware, or unconcerned, that the poor who partake in “ecologically destructive” or “inefficient” practices in fact have much smaller environmental footprints than people in rich countries, in every measurable way. No one suggested that we comfortable intellectuals might have something to learn from the people whose environmental impacts are the smallest. Post-environmentalism implies a one-way flow of knowledge, from what I can tell. Even the conference’s participants from the Global South were educated in Western institutions and promoted Western-style development as a universally applicable desirable destiny.

The Breakthrough Dialogues didn’t convert me to ecomodernism. I guess they will have to invite me back next time.

Sam Bliss is a PhD student in ecological economics at the University of Vermont, member of the Economics for the Anthropocene graduate training initiative, and the U.S. correspondent of the scholar-activist collective Research & Degrowth.