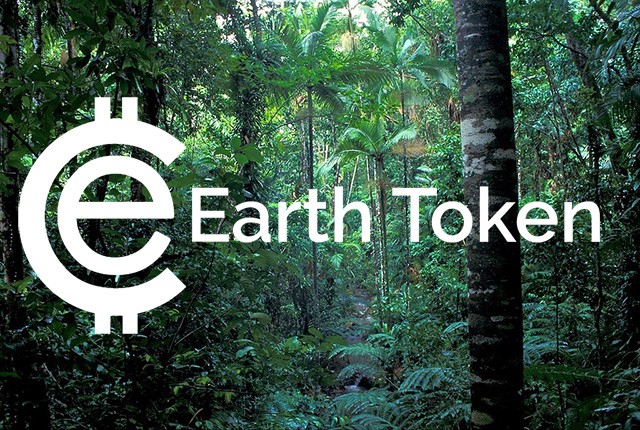 First there was Nature. Sometimes an Edenic garden, whose fruitfulness we live with in peace and reciprocity; sometimes a vast wilderness to be feared, tamed or worshiped. But always a lively mesh of entities, whose magnificent diversity is now threatened by a single biological species – Homo sapiens.

Then came Nature 2.0. A material world progressively understood, shared and commoditised in user-generated digital information cascading through multi-player communities inhabiting Web 2.0 – exemplified, perhaps, by the aptly named Second Life. In this technologically inscribed and consumed world, images come to mediate, and thereby to constitute, relationships between people and ‘natures-beyond-the-human’, perhaps encouraging demands for ‘the real world’ to conform with spectacular versions in virtual arenas.

And now, Nature 3.0 is being launched. This is the US$120 trillion claimed to be residing in an as yet untapped natural capital market whose value will be both unlocked and sustained through Web 3.0 technologies.

This, at least, is the promise of the Natural Asset Exchange. The NAE is an emerging online platform established by Mauritius-based company impactChoice. Its aim is to offer efficient, transparent and democratic connections between producers, buyers and consumers of so-called natural capital assets.

The Natural Asset Exchange (NAE) capitalises on blockchain technology and the ‘digital gold’ of cryptocurrencies to change the world through the enhanced interactivity of Web 3.0. As with other market-based approaches to the distribution and management of environmental health and harm, the idea is to efficiently and securely connect certified producers of natural assets – those organisations creating positive and tradable environmental impacts – with consumers of these assets, via ‘EARTH tokens’ whose value will be determined by the market in which they are traded.

The technology behind the NAE is a combination of the distributed and minable ledger of a blockchain platform and the decentralised storage, ownership and movement of value through cryptocurrencies – encrypted digital assets that can be traded anonymously on the internet.

Blockchains are numerical matrices stored and synced in multiple nodes in the computers of participating users. Like a synced google doc with multiple editors, the blockchain makes it possible for transactions to be distributed and agreed across the web of nodes in the chain.

Cryptocurrencies permit the creation and transfer of digital assets that are verified and protected through encryption. The NAE makes use of Ethereum which provides both ‘an open-source, public, blockchain-based distributed computing platform featuring smart contract functionality’ and a cryptocurrency token called ‘ether’ that can be used to purchase, and thus give value to, EARTH tokens.

In a process that to the uninitiated seems something like alchemy, the combination of blockchain technology and cryptocurrencies enables value to be ‘mined’ and accumulated, through verifying complex transactions calculated on the shared blockchain ledger.

Echoing familiar ‘limits to growth’ concerns, the particular genius (or perhaps audacity) of the NAE is to recognize that allocated EARTH tokens should appreciate in value due to the fixed supply of natural assets offered by planetary limits. This scarcity ‘in turn should lead to an increase in the market capitilisation [sic] of EARTH’, coupled with the flexibility to plug in future natural asset products not yet accounted as such. A range of new natural capital asset classes are to be created, financed and traded via the NAE. They include black rhino conservation via the Black Rhino Reserve Trust fundraising site established by the owners of private lodges in Pilanesberg National Park in South Africa; and voluntary carbon offset purchases from the Kariba REDD+ project in Zimbabwe, validated and brokered through Carbon Green Investment.

EARTH tokens are not alone in the new world of conservation by cryptocurrency. Similar multiple-win promises are made by a self-described Dream Team of Super Heroes of the Earth to Reset Our Economic System through the launch and trade of Earth Dollars, described as the world’s first digital currency using ‘natural capital’ to support its value. Value verification is to be based on accounting methodologies such as those promoted by the UN/EU programme on The Economics of Ecosystems and Biodiversity (TEEB) and the Wealth Accounting and Valuation of Ecosystem Services (WAVES) system designed by the World Bank. Launching publicly in February 2018, and claimed to be backed by pledged natural capital assets such as ‘fresh water, trees, fruit trees, carbon credits, mineral rights, artwork, real estate…etc’, the Earth Dollar ‘will usher in a new enlightened decentralized “Living Economic System” centered on the preservation of life’. Its ‘Mother Earth Network’ blockchain is again powered by an Ethereum-based platform.

The Ether (ETH) token of the Ethereum blockchain. Source: Influencive.

At the heart of the promotion of such natural capital-backed currencies are claims made for the revolutionary distributed valuation of ‘natural assets’ via blockchain technology and cryptocurrencies. These claims are based in particular on the distributed holding of the blockchain by multiple participating and autonomous ‘nodes’.

At the same time, a number of barriers, or at least gateways, control who is able to access and/or become a node in the chain. At the most basic level you need a computer, an email address, a mobile phone to which text-messages containing verification codes can be sent, a photo ID, and, of course, money that can be directed to the purchase of the natural asset-backed cryptocurrency.

For the purchase of the NAE’s EARTH Tokens specifically, you need access to either Bitcoin (BTN) or Ethereum’s currency Ether (ETH). Acquiring Ether is not as simple as a Paypal or Debit/Credit card transaction. Instead you need to buy via an online currency exchange like Coinbase, for which you have to set up a photo ID confirmed user account verified through a number sent to an account-linked mobile phone.

One Ether – the lowest amount that can be invested in the NAE’s EARTH Tokens – can currently be bought for around $1,050 (up from $750 in late December, but currently falling slightly). In return, you will receive 4,800 of a capped pre-sale supply of 1 billion EARTH Tokens. In order to make this purchase/investment you need to have a cryptocurrency wallet such as an Ethereum address to which your purchased Earth tokens will be sent. One way of acquiring an Ethereum address involves becoming a ‘node’ in the Ethereum blockchain. This in turn means downloading the full blockchain – currently >20 GB of several million ‘blocks’ (depending on installation) – and permitting the node to sync regularly with the full distributed peer-to-peer blockchain. Significant bandwidth and hardware capacity are thus required, as well as a smattering of technical know-how, or at least an inclination to engage with digital-numerical instructions and techno-aesthetics.

‘For those in rural and/or ‘under-developed’ contexts in the global south, which also happen to be primary locations for ‘natural capital assets’ such as carbon stored in tropical forests, the lingering digital divide means that equal participation in such a global exchange is a pipedream.

Seeing the trees for the cryptocurrency?

Nonetheless, on 18 January 2018 some 85,459,628 EARTH tokens had been allocated, i.e. purchased. If one ether is currently buying and selling for around $1050 and is equivalent to 4800 EARTH tokens, current EARTH token purchases are worth almost $19 million. This is a figure that has risen by around $5 million the last three weeks through the rise in value of ether alone. Although a far cry from the US$120 trillion claimed above for the ‘earth market’, this is still a dramatic claim for the creation and capture of ‘value’, particularly since the tokens being bought, sold and accumulated are themselves fictitious commodities that may become useless and/or value-less due to technical, commercial, regulatory or any other reasons. Even so, and regardless of outcomes, for development of the NAE impactChoice claims a flat fee of 50% of any funds transferred to purchase EARTH tokens.

Claims for the positive environmental impacts of cryptocurrency creation also have a hollow ring when the energy usage of sustaining and synchronising multiple blockchain nodes is considered. The massive computer technology behind Bitcoin has been calculated to be using more energy than New Zealand. Indeed China, where a huge proportion of cryptocurrency activity is located due to the provision of cheap energy, is now planning a ban on cryptocurrency operations. Fears of greater regulation are already rippling through the parallel world of cryptocurrencies. A cryptocurrency sell-off is taking place as I write.

Creating, mining and accumulating cryptocurrency bubbles of value through appealing to environmental concerns is clearly consistent with speculative tendencies in an era of financialised neoliberalism. At the same time it seems wildly dissonant with more conventional practices of environmental care and the equitable distribution of value.

Sian Sullivan is an environmental anthropologist and political ecologist working at the intersections between culture, nature and finance, with the objective of supporting just and equitable environmental policies. Since 1992, and through a longstanding collaboration with the Namibian NGO Save the Rhino Trust, she has conducted ethnographic and ecological research in north-west Namibia. Currently she is Professor of Environment and Culture in the Research Centre for Environmental Humanities at Bath Spa University and Principal Investigator for two UK Arts and Humanities Research Council projects (Future Pasts and Disrupted Histories, Recovered Pasts).