Beyond the limits of nature: a social-ecological view of growth and degrowth

The Trump moment in environmental conservation 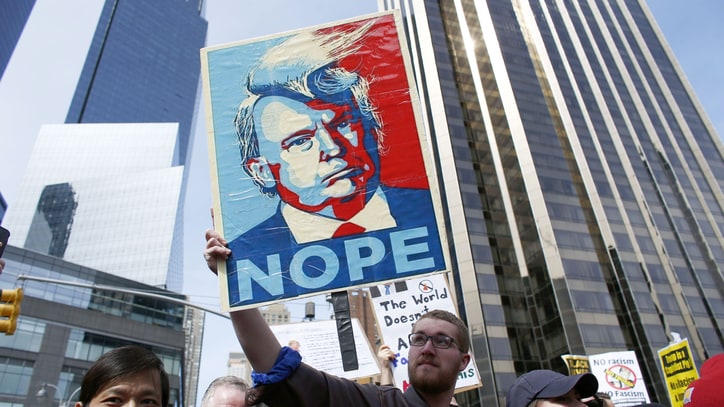 By Bram Büscher and Robert Fletcher*

If environmental conservation doesn’t face the current political movement by becoming much more radical there will soon be precious little biodiversity to conserve.

Global conservation is at a crossroads. Indeed: it has been for quite some time already. And now we have Donald Trump as U.S. President. Clearly, this portends bad news for the environment. From his nominations of a climate change denier as head of the Environmental Protection Agency and ExxonMobile CEO as Secretary of State to the immediate dismantling of various climate change measures in his first day in office, Trump promises to set back an already beleaguered environmental movement quite some way, both in the U.S. and globally.

The conservation of biodiversity is equally likely to suffer under a Trump presidency, but this is not the only reason why his election is significant for environmental conservation. In this opinion piece, we will argue that conservation faces a much bigger challenge; one that we believe could be referred to as the ‘Trump Moment in Conservation’.

Basically, the Trump Moment in Conservation means that mainstream conservation organizations commonly refuse—at their own peril and that of the biodiversity they aim to conserve—to properly acknowledge the root causes of biodiversity loss and hence to support the radical types of responses necessary to halt and reverse this trend. Instead, many conservationists are content—often proudly or ‘pragmatically’ so—to join forces with the economic logics and institutions of degradation behind such terms as ‘natural capital’ or ‘ecosystem services’. In doing so, they might occasionally slow down some biodiversity loss in some places. But at the very same time, they strengthen the broader drivers of biodiversity destruction that completely undermine the small gains that might be made.

This is the conservation equivalent of the ‘Trump’ moment, which can only be tackled by taking and supporting much more radical action and resisting the temptation to go along with superficially attractive win-win-win propositions. Interestingly, more and more conservationists seem to understand this, and discontent with mainstream conservation is growing rapidly. We argue that the time is now to push this movement much further.

On the one hand, self-styled ‘new conservationists’ argue that the arrival of the Anthropocene signals the definitive end of the dualism between humans and nature. They believe earth should be more actively managed as a ‘rambunctious garden’ where the boundaries between wild and domesticated might start to dissolve.

On the other hand, a collection of prominent conservation biologists—so-called “neoprotectionists”—has reiterated their longstanding call to go “back to the barriers” in defense of strict fortress-style protected areas. These should ideally, according to them, now encompass at least half the earth’s surface.  The subsequent and enduring standoff between these two positions is increasingly polarizing conservationists throughout the world.

Despite their differences, proponents of both positions agree that the increasingly desperate state of the planet’s environment calls for radical new forms of action to defend it against degradation and destruction. Trump’s election, as part of a disturbing rise of reactionary politics in many places, makes this acknowledgement even more acute.  For his election is in fact itself a radical response to the increasingly desperate situation in which we find ourselves, environmentally, economically, and politically.

And what this signals is that opposition to this type of radical right politics can no longer be content to pursue the conciliatory ‘Third Way’ or more general consensus politics institutionalized by Clinton and Blair, either in the overarching political realm or in conservation politics in particular. If we do not become more radical, politically astute, and more positive, then equal and sustainable futures will be overwhelmed and emptied by the radical groundswell from populist rightwing movements, both with respect to the environment and elsewhere.

In terms of conservation, this means that the two radical proposals currently on the table are not nearly radical enough. This is because, as we describe at much greater length in a book manuscript we are currently finalizing, despite their partly radical impulses both ultimately also cling to conservative and inherently contradictory aspects of past conservation, and hence fail to challenge and transcend this in pursuit of a truly radical new politics.

Neoprotectionists cling to the age-old dichotomy between humans and nature that many have identified as one of the main obstacles in the face of more effective and inclusive conservation. While challenging this, meanwhile, new conservationists strive to preserve and even redeem the capitalist economy. Yet capitalist development has been one of the main drivers of the sense of opposition between human and natural realms that new conservationists critique.

By the same token, it is capitalist forms of development and growth that undermine the protected areas that neoprotectionists celebrate. Consequently, both positions are self-defeating in failing to adopt a consistent, productive position that would transcend the limitations of current conservation efforts and provide the basis for a truly radical new politics capable of providing an effective counterbalance to the growing inertia on the (populist) right.

The Trump moment, therefore, is this: progressive, pro-environment and pro-equality movements, parties, individuals and organisations must finally move away from the failed 1990s third-way notion that capitalism can be made both socially equitable and environmentally sustainable. By trying to do so, US democrats, UK Labour and most mainland European labour and socialist parties have not only not delivered on their promises, but have made themselves both unbelievable and ostensibly elitist. This is – amongst other reasons – why they are now all becoming marginalized.

Conservationists must wake up to the same reality. We can no longer promote some type of ‘ light capitalism’ under the banner of ‘green growth’, ‘green economy’, ‘natural capital’ or any other signifier of this same green(wash)ing of business as usual. Indeed, what the Trump moment tells us, most fundamentally, is that the era of moderate, compromise politics, both in the environmental realm and more generally, is over. We cannot appeal to the corporate social responsibility of Coca Cola, Shell, Rio Tinto or other members of the World Business Council for Sustainable Development. Nor can we turn half the earth into a fortress and expect this to be appropriate defense against them.

Instead, we must develop and vigorously champion a critical-constructive position that directly challenges the integrated social and environmental consequences of capitalist production and the human alienation from nonhuman processes that this same production promotes. Fortunately, there are already some insightful models for how to do this that have been marginalized by the polarization between the so-called radical positons currently dominating the conservation debate. These include the burgeoning degrowth, climate justice, slow food, housing, peasant, labor and other movements that – although not perfect – show us the right way foward, both in content and increasingly in terms of the kind of radical politics we believe is now necessary.

Indeed, if we do not become truly radical there will be little left to conserve. In this Trump Moment, our choices have indeed become as simple as that.

*Bram Büscher is Professor and Chair and Robert Fletcher is Associate Professor in the Sociology of Development and Change Group at Wageningen University in the Netherlands. They are the editors, together with Wolfram Dressler, of the book NatureTM Inc: Environmental Conservation in the Neoliberal Age.