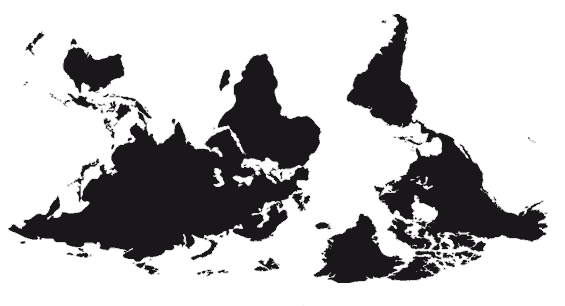 The Geography Department of Harokopio University, in Athens, promoted until the end of June (see the program here) several seminars on radical geography. Núria Benach, from the University of Barcelona, was the invited speaker at the 11th of April. She reflected on the role of radical geography in the current times of crisis, offering, as she called it, a Spanish perspective.

Núria started by questioning if the radical atmosphere arising with the current neoliberal offensive opens space for a radical geography (re)emergence. If the later 1960s critical “tradition” resulted from a context of social crisis, as suggested by Peet in 1979, it is legitimate to ask if the current crisis is renovating the field of radical geography.

To answer this question Núria followed three main lines of interrogation. 1) What can we learn from the past? 2) Is the university still the place for a radical geography? 3) What can be the main concerns and ways of action of RG today?

1) What can we learn from the past?

The first editorial in the journal of radical geography Antipode, titled “A new left geography” (Peet, 1969), still provides useful insights of what a radical geography should be: engaged, socially relevant, radical and self-organised. But, if over the years radical geography has made a positive move by becoming broader, diversified, plural and more concerned with everyday life, social reproduction and so forth, it has lost its spirit of engagement and social relevance.

Peet (2000) traced four stages of radical geography during the past decades:

From this portrait, he called for research to be commitment and have social relevance.

Núria considers those concerns are still valid today. For her, the postructuralist and postmodernist turn was not what was needed to face the age of neoliberalism: research lost materiality and social relevance. Today, she claims, geography needs engagement, radicalism and social relevance, both to break academic walls and to bring out questions related to social change.

Two more authors from the “past” were brought, both inspired in the work of Lefebvre: William Bunge and Andy Merrifield. Bunge was a radical academic deeply engaged in political and social life. He advocated research should be concerned with its target and the scale and not focused on methods. This was necessary to bring global problems to the scale of peoples´ everyday life and work from them. Similarly, Merrifield proposed a radical way of making urban geography by taking into account peoples´ everyday lives.

The past, Núria concluded, has much to offer to the challenges radical geography faces today. That is why Núria, together with other colleagues, is publishing the Espacios Criticos (in Spanish) book series with the work of many relevant, and sometimes “forgotten”, authors.

Focusing on the Spanish context, Núria stated that today radical thinking is more an exception than the rule. Radical geography is marginal. Why? From her point of view, the rich social experience of the 1936-39 Spanish Civil War has suffered a long process of silencing, including from the non-anarchist left. Moreover, the long period of dictatorship and its violence caused social trauma. Even so, nowadays, younger people are enacting social experiments that resembles this “past”.

But it was not only silencing that occurred. During the Francoist regime geography was a tool of national exaltation by the means of a “scientific”, regionalist and physical geography. It was only during the mid-1970s and 1980s, after Franco’s death, that radical thinking acquired some influence. Regardless, this influence faded a long time ago: radical scholars became mainstream and geography became mainly descriptive, a-political and non-radical.

2) Is the university still the place for radical geography?

For Núria, scholars are suffering the effects of the neoliberal reforms in the education system, which is increasingly articulated with the market, through

– Academia taken as a tool of wealth creation;

– Students looked as clients; and

Some scholars accuse the new curricula brought by the Bologna process, focused on the students’ professional orientation, to say that ´the few radicals have no other choice than to follow the rules´. But, for Núria, the curricula is not the real problem. What is needed is to practice radical geography within and against academia and for the outside.

One example she gave was the pressure scholars have to publish and the perversity of this reality. Universities have to pay for the knowledge produced by them. To create ruptures in this logic, one can publish in open access journals or push for radical thinking through websites, blogs, discussion groups and so on. There are many ways of disseminating knowledge and of creating spaces of encounter between academics and social movements.

3) What can be the main concerns and ways of action of radical geography today?

William Bunge once said that “crises are better understood spatially than historically”. David Harvey and Neil Smith have made important contributions to this understanding. Núria stands behind by highlighting the need to adopt a spatial perspective within and beyond geography.

Secondly, she pointed out that geographers’ work should be made socially relevant by weaving together theory and practice. But in doing so, one should avoid building theory at a distance from practice. Instead, theory should be used more to uncover explanatory factors. She calls for researchers to combine theory with everyday lives and political action. Participatory-action research is a good example of this.

– underlining values of cooperation in social reproduction instead of exchange;

– putting equality in the agenda; and

Núria gave the example of the Spanish social collectives struggling against housing evictions – the Platform for Mortgage Affected People (PAH) as one social movement dealing with global problems at the scale of everyday lives of people that challenge this hegemony.

From this extensive and thorough exploration, Núria concluded there is a relationship between social crisis and radical thinking, as well lessons to be learned from the 1970s. These lessons unveil the importance of dealing with the social question and of opening our political and geographical imagination. As Neil Smith once said, “neoliberalism closes our political imagination of another world, of a non-capitalist world”. She finished by saying that there is an “opportunity” to rethink our future Spatially; inside and outside universities; and, in theory and practice.

Núria’s presentation was very enriching to reflect on the role of radical researchers nowadays. She gave important clues on how to make academic work socially relevant and engaged with peoples´ lives and struggles, in order to challenge capitalist hegemony in academia and “outside” it. To build a “radical” political ecology, these reflections are very relevant. Even if political ecology was born from a critique of “natural” and a-political explanations of environmental issues, this does not mean it is necessarily “radical” in Núria’s sense of challenging capital hegemony and posing the question of social change. Nevertheless, I leave here three reflexions opened by Núria talk.

– Which “radical” world-views can be unleashed by social crisis?

As the current crisis makes evident in several European countries, these could include extreme-right and fascist perspectives. Just look at Greece, or the recent electoral results in Hungary and France. These viewpoints are also anti-liberal and anti-system.  To be radical cannot be just a question of dissenting views.

To be “radical” one needs to “critically” understand what capitalism is today and how it works, and not too loose sight on past “conquests”. Moreover, seeing crisis as an “opportunity” is misleading. Social crisis does not turn “naturally” into revolts or radicalization. All depends on politics and struggles.

The real challenge is how to transform a social crisis into a political crisis, one that opens possibilities for social change. This has nothing to do with spontaneity, linear history and causality. And, as Arendt and Benjamin work on totalitarianism reminds us, open possibilities can always be brutally closed.

To be “radical” implies a committed choice that takes sides within the “really existing” capitalism, more than just being a dissenting voice. For this, a “critical” stance is needed.

– What is the role of researchers in dealing with the social crisis that is manifest within their workplace through neoliberal reforms?

Engagement, social relevance, self-organisation, radicalism, collective struggles and the contestation of capitalist hegemony are relevant for scholars / researchers not only as researchers but as workers – how coherent is to be “radical” and “critical” for the outside while silent inside?

Moreover, if alternative means are important to disseminate knowledge and to connect research with activists, these can also be important to expose and reflect on what is the university and research today, the changes it faces and the hows to struggle against it.

– How do we avoid the risk of reducing the political to the social by focusing on peoples´ everyday lives?

Núria’s example of the anarchist social experience of the Spanish Civil War attests to this. These experiences did not happen in a vacuum. Their development were “possible” through a political opening provided by the change of political power in what was a hot, conflictual and complex political period that should be well understood.

If one just mentions these experiences by its (non) utopian achievements, its study looses historicity and ignores structural social relations of power. An open and dynamic dialectics between theory and practice are thus important, both to inform theoretical debates and support political-social action.