Call by Academics for International Solidarity after the Ankara Bombing

Is there a growth imperative in capitalism? A commentary on John Bellamy Foster (part I) 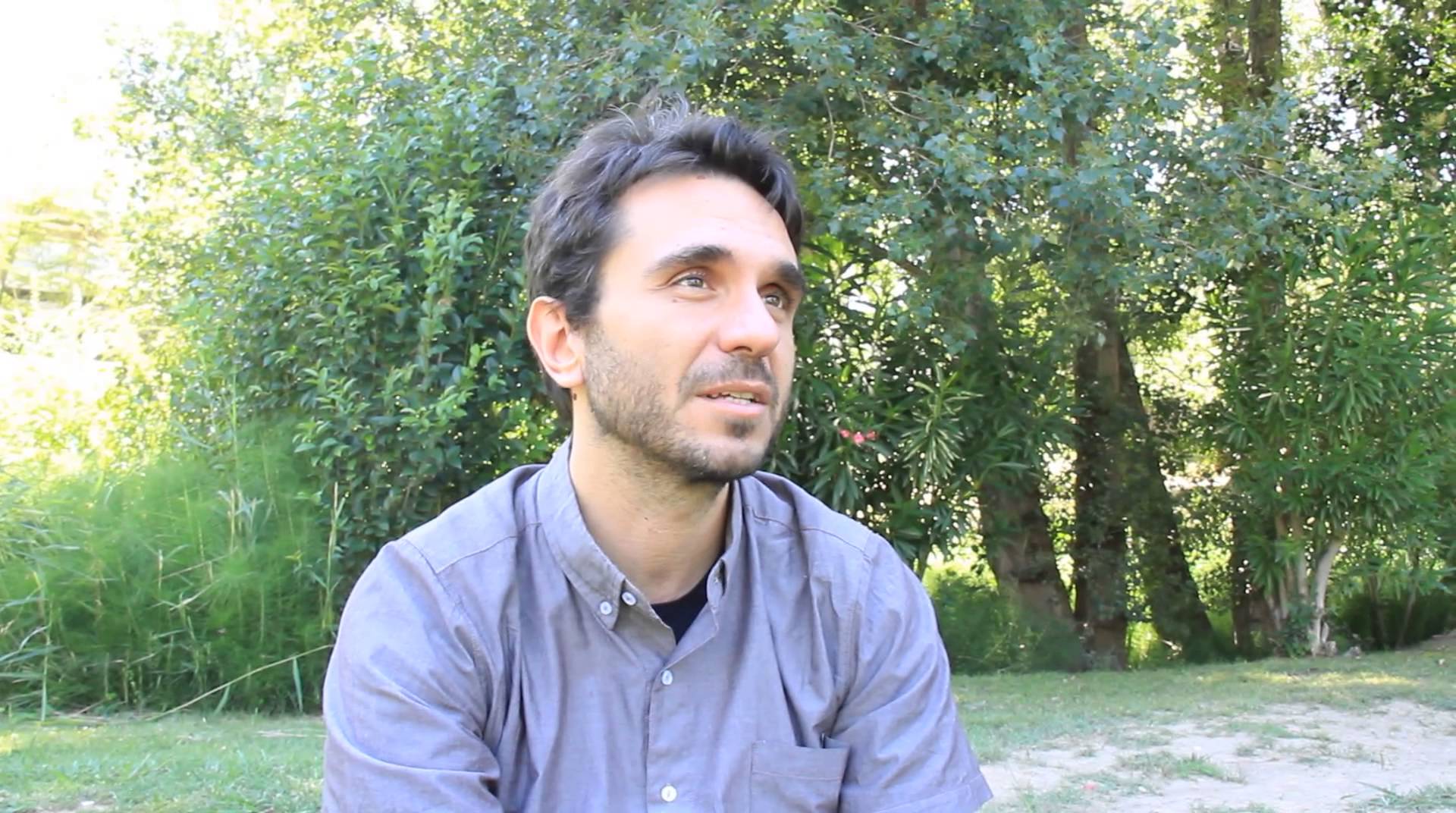 Capitalism without growth may well be ugly, but there’s no intrinsic law saying it can’t survive in a declining or stagnant state.

John Bellamy Foster recently published an excellent essay on ‘Marxism and Ecology: Common Fonts of a Great Transition’. Foster advocates a steady-state (eco)socialism. He argues that “a system of meeting collective needs based on the principle of enough is obviously impossible in any meaningful sense under the regime of capital accumulation.” He continues: “capitalism as a system is intrinsically geared to the maximum possible accumulation and throughput of matter and energy”. “Economic growth (in its more abstract sense) or capital accumulation (viewed more concretely)…cannot occur without expanding rifts in the Earth system.” “Society, particularly in rich countries, must move towards a steady-state economy, which requires a shift to an economy without net capital formation”.

In principle, I agree. Intuitively, and given our experience of capitalism, this makes perfect sense. Economic growth appeared under capitalism, and economic growth is almost 1:1 related to growth in material and energy use. But let me be a little bit more scholastic, with the intent of advancing and fortifying (rather than undermining) Foster’s argument.

To begin with, I think we need to distinguish between different concepts that are mentioned in one and the same breath by Foster.

I agree that economic growth comes with throughput growth and that there are no examples of absolute decoupling under capitalism. This is because production, alongside human labour, uses materials and energy. So-called ‘productivity increases’ involve substitution of human work by fossil fuels (think of tractors).

A mainstream environmental economist however would counter-argue that it is possible (even if not achieved yet) to reduce material and energy use while sustaining growth, by becoming more efficient, by substitution (e.g. fossil fuels by renewables) and by structural change from primary production to high value services, whereby more value is produced without an equivalent increase in throughput (think of a Michelin star restaurant or an online company).

I would respond to the environmental economist that efficiency gains ‘rebound’ (the ‘Jevons paradox’), since productivity gains are invested for more growth; that services embody lots of energy and materials which are imported in service economies often unaccounted for from other parts of the world; and that substitution, while plausible, would not sustain growth, because renewable sources (or nuclear energy) provide much less ‘net energy’ (energy produced minus energy used for its production) than fossil fuels and hence productivity and growth will decline.

Notice though two things. First, my arguments are empirical. I can’t provide an intrinsic ‘law’ based on economic theory, which proves logically that growth and throughput will always be linked. Now Foster has elsewhere proposed ‘an absolute general law of environmental degradation under capitalism’. This basically posits that, propelled by competition, capitalists will seek to exploit environments as cheap as possible, and hence degrade them.

Note that Marxian ‘laws’, such as the tendency of capital to exploit labour down to its level of subsistence, are best understood as structural tendencies, ‘other factors being equal’ conditionalities, rather than inevitable outcomes (and other factors are not equal since labour can organize and claim better conditions, productivity can reduce the costs of subsistence and give part of the gains to labour, and so on).

Similarly, if renewables become cheaper than fossil fuels, or if lighter materially services were to become more profitable than resource intensive activities, then in theory capitalism could decarbonise/dematerialize. I think this is unlikely, but I have no intrinsic law yet to offer.

Second, my arguments are not specific to capitalism, but apply to any conceivable alternative system; ‘green growth’ in the terms that I reject it is unlikely, be it under capitalism or socialism (I will come back to this in the second part of my response). Absolute decoupling of economic from throughput growth has not been observed in either capitalist societies or any of the varieties of ‘actually existing socialist countries’.

Foster’s second argument is that capitalism is intrinsically geared to economic growth. This depends on what we understand by ‘geared’ and ‘intrinsic’.

If we define capitalism as capital accumulation and capital accumulation as growth, then of course capitalism is intrinsically geared to economic growth. But this would be a semantic truism. And one that would fly in the face of evidence of the variable growth record of capitalist economies (unless we were to concede capitalism an economic supremacy that it doesn’t merit, arguing that it is destined to always grow in the long-term, save for cycles and periodic crises).

As Piketty reminded us with citations from Austen and Balzac, capital in the 18th and 19th century was enjoying high rates of return (5%), while economies were stagnant. Greece has lost one third of its economy, but huge profits are still made. Capitalism is not doing well in terms of aggregate accumulation, but institutional changes under the dictates of the Troika, expand capitalist institutions and the realm of M-C-M’.

How may this come to be? First, we know that the size of capital increases not only by producing surplus value, but also by dispossession and redistribution from labour to capital (austerity, etc). So, capital can grow without economic growth, at least up to the limit where labour is paid only its subsistence, a point from which most developed economies are far off.

Second, even if aggregate capital accumulation is malfunctioning and decreasing, some fractions of the capitalists will continue to invest money and make more money (profit). Profits may be reduced for some capitalists, but may well increase for others. Individual capitals, propelled by competition, constantly seek to make profits; but this does not mean that they always achieve it. A stationary or shrinking economy where many individual capitals make profit is perfectly plausible.

A mix of the two is what is happening in Greece. Capital accumulation continues with negative growth. First, austerity and enclosures redistribute value in favour of capital. And while oligarchs and the few capitalists who have managed to survive increase their profits, many other capitalists have seen their profits shrink or they have gone out of business.

By claiming that a steady-state or declining capitalism is plausible, I am not washing capitalism ideologically. My point is that there is no ‘intrinsic’ law by which capitalism produces growth or does not survive if it fails to achieve it. A non-growing capitalism is a capitalism with an ugly face, which is indeed how capitalism has been in most periods and places.  Bankruptcies, unemployment, shrinking living standards and enclosed commons, dispossessions, rising inequality.

How long can a capitalist economy withstand a Greek-style ‘Great Depression’ before it collapses and becomes something else, better or worse? Probably not indefinitely; but there is no economic ‘law’ suggesting that capitalism will naturally come to an end, independent of the agency of those who will struggle to transform it. And diagnosing a ‘law’ does not tell us much about the direction and characteristics of the transformation.

In conclusion: there is no imperative in the abstract, but only in the concrete sense that capitalism becomes politically and socially unstable if it fails to produce growth and good conditions of accumulation. Growth defuses distributional conflict and makes the life of capitalists easier; this is why it is hard to imagine nations where powerful capitalist interests reign voluntarily pursuing degrowth or a steady-sate But as growth becomes harder and harder to get, and stagnation becomes the new norm, a counter-movement, the ‘social and ecological revolution by the … environmental proletariat’ that Foster espouses, becomes more likely.

[The second part of this commentary is available here].

*Giorgos Kallis is an ICREA professor of Ecological Economics at the Institute of Environmental Science and Technology (ICTA), Autonomous University of Barcelona, and a Leverhulme visiting professor at SOAS, London. He is co-editor of the book ‘Degrowth: A vocabulary for a new era’ (Routledge 2014).

This post extends a commentary previously published on the Great Transation Initiative.